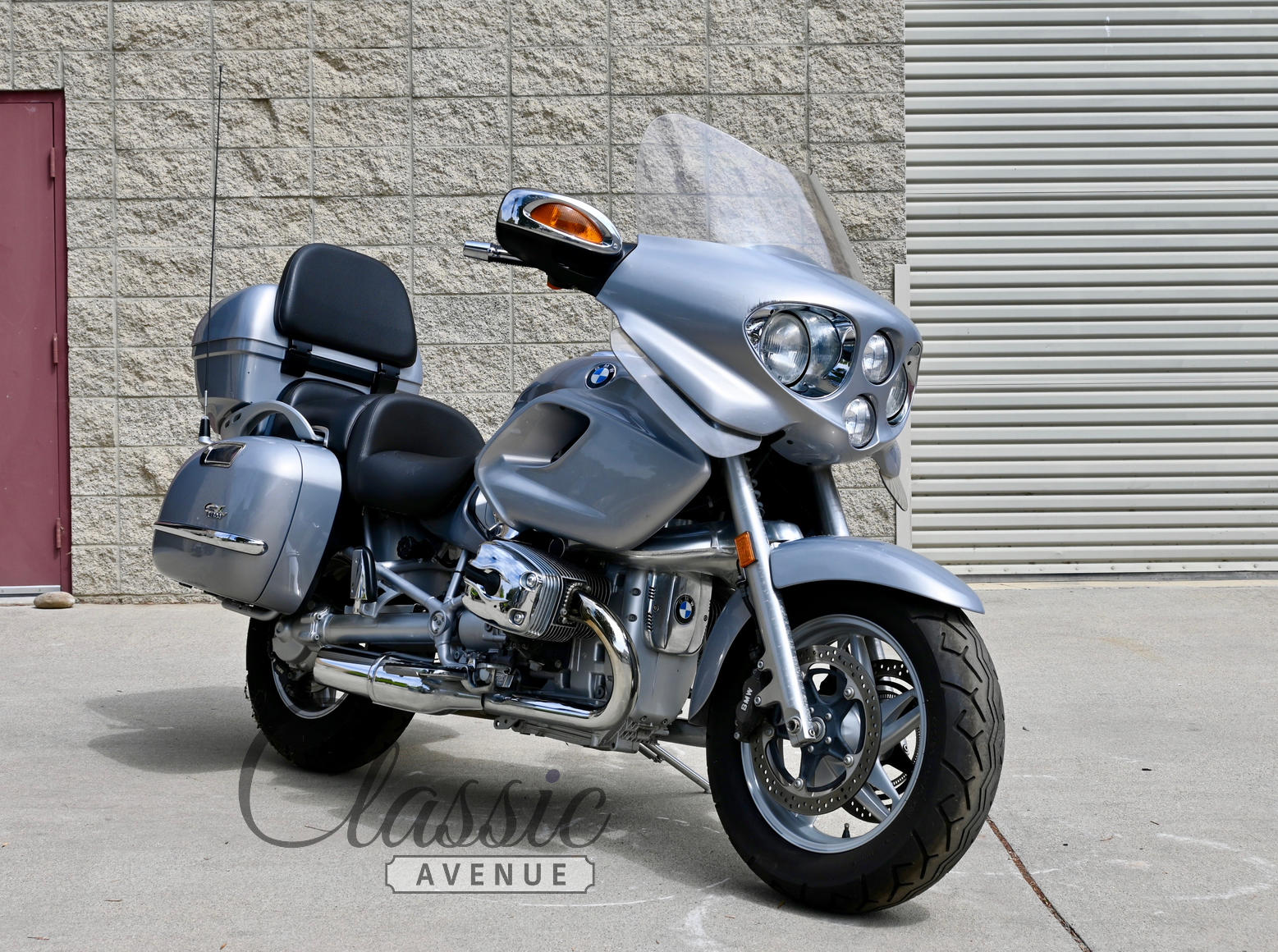 The Biltmore Estate, Asheville, North Carolina. You couldn’t pick a more opulent location at which to stage a product introduction than the world’s largest private residence. It’s posh, but the Biltmore Estate is not exactly subtle—it practically screams luxury. Which is exactly what BMW wants you to think its new touring cruiser does.

Designated R1200CL for “Cruiser Luxury,” this new traveler is based on BMW’s flat-twin R1200C—a unique blend of high style and technology when it debuted in 1997. That model became the company’s best-seller in America, but you’d be hard-pressed to find a family resemblance in the touring-biased CL—its integrated hardbags, spacious seating and shark-snouted, handlebar-mounted fairing basically conceal the telltale, unchanged 1170cc powerplant. Only the jutting, chromed cylinder heads and exhaust pipes betray the bike’s origins.

The components surrounding the engine, from the chassis to the drivetrain, have been redesigned from the ground up. The CL may have sprung from the R1200C, but it sports such accoutrements as heated seats from the more upscale K1200LT. To manage a wider speed range, the CL gets a new, lighter, six-speed transmission with re-angled gear teeth for quieter running. The Telelever suspension has also been reconfigured, with forks set farther apart to accommodate the 150/80-16, 3.5-inch-wide tire, and shares virtually no parts with the previous cruiser’s unit. A reinforced Monolever rear suspension system controls a 15-inch alloy wheel and a 170/80 rear tire. The latest edition of BMW’s fully integrated ABS comes standard, delivering controlled stopping power to both wheels.

New bodywork considerably redefines the visual contours of the boxer engine, and the rear frame is reinforced to support the sideboards, cases, luggage and new seat. The swing arm and rear axle have also been substantially modified.

If the bike’s visual statement is what speaks loudest, however, that’s because überdesigner Dave Robb had a hand in it. We fixated on the swept, fork-mounted, bat-wing fairing first—it reminded us of a Harley Electra Glide’s, especially when seen coming up in a rearview mirror. A BMW insider at the intro joked, “We built the CL to fool Harley guys into waving at us because they never do.”

The very rare CL on offer here is of 2003 vintage and was part of a California substantial collection of American and European bikes. A barn-find when discovered, the bike was stored for the last decade or more, having covered little more than 3,000 miles from new. Recently liberated, the bike was carefully cleaned and detailed and given a full re-commissioning, including new battery and general service. Cosmetically, the bike is in excellent condition. It is equipped with ABS, full aluminium luggage, and comes with a full set of tools, and a radio with CD changer mounted in the right pannier. Now, in great running condition, the bike is ready for the next owner to tour.

Sold on a clean, clear California title in non-op status, so no past registration fees are due.