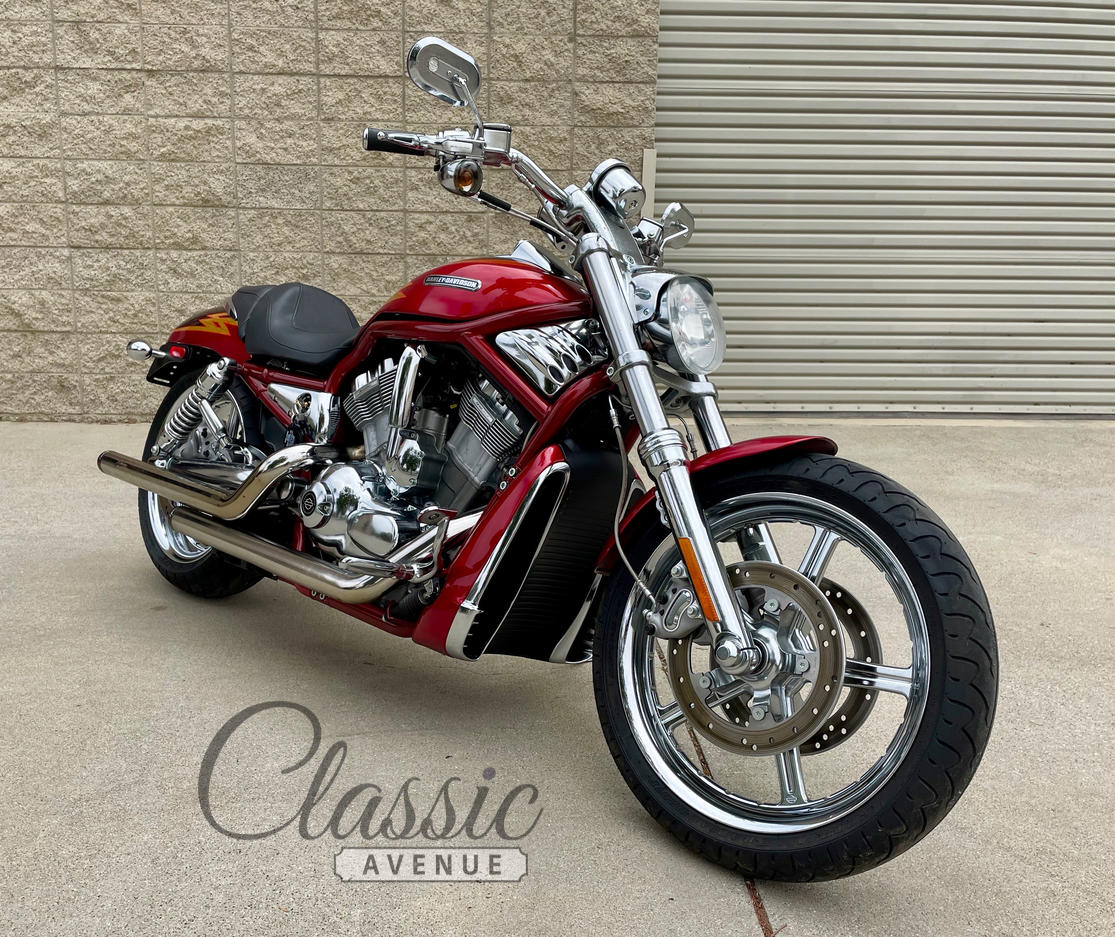 2001 marked a great departure from tradition for Harley-Davidson the likes of which hadn’t been seen since they added a second gear. In conjunction with Porsche Engineering, they developed a 60-degree, double overhead cam engine that was water-cooled!

A very capable 1100cc motor with 115bhp was hung in a street cruiser chassis for both straight line burnouts and a comfortable cruise. Brushed aluminum bodywork, low slung seat and modern headlight arrangement created a very distinctive look of factory custom. The engine was smooth, and the low riding position took advantage of the all-new perimeter frame for a stable ride.

Enter Harley’s skunk works, the CVO unit (for Custom vehicle Operations), who took the standard machine and turned it to 11. For a list price of a heady $25,495 the V-Rod received a 10 percent boost in torque and horsepower, courtesy of a 1250cc Screamin’ Eagle “big-bore” version of the standard 1130cc liquid-cooled, fuel-injected 60-degree Revolution V-Twin engine. New pistons throb inside CNC-ported cylinder heads for superior intake and exhaust flow, and cam timing has been performance optimized.

Aside from giving the power cruiser a new seat and a chrome bath, the most significant cosmetic alteration is the replacement of the V-Rod’s signature disc wheels with chromed forged-aluminum five-spokers. This has the added benefit of reducing the disconcerting lean angles caused by occasional crosswinds acting on the solid discs.

This 2005 Harley-Davidson VRSCSE CVO V-Rod has covered a mere 2,020 miles from new, and was part of a California collection of American and European bikes. A barn-find when discovered, the bike was stored for the decade or so, but recently liberated, it was carefully cleaned and detailed and given a full re-commissioning, including new battery and general service. Cosmetically, the bike is in excellent condition, with minor pitting to the chrome surfaces. Now, in great running condition, the bike is ready for the next owner to display and enjoy.

This 2005 Harley-Davidson VRSCSE CVO V-ROD Rare 2020 Miles is Sold on a clean, clear California title in non-op status, so no back fees are due.