It’s fast approaching the Millenium and Ducati needed something special. Looking back in to their history files, Mike Hailwood’s title-winning victory at the 1978 Isle of Man would fit the bill.

This story is one of the legends of racing history. In 1974 Hailwood had practically brought his career to a close after a terrible accident in Germany. But after a meeting with Steve Wynne of Sport Motor Cycles Ltd. in Manchester at Silverstone in 1977, Hailwood tried out a Ducati he had prepared. The English champion took to the classic riding position immediately and joked about taking it to the following year’s Isle of Man. The joking subsided and a contract for £1,000 and a new Ducati was signed.

Wynne bought three bikes from Ducati out of a small batch of twenty 900s, specially prepared for endurance races. Created at Ducati, and as always, worked on by its best mechanics, the bikes were then assembled by NCR.

After a truly sensational contest against Phil Read’s multi-cylinder Honda, Mike “The Bike” won both race and title in spectacular fashion.

Twenty years later, the commemorative Ducati needed to be just as sensational. Ducati’s chief designer Pierre Terblanche came up with a showbike homage knowing it would be controversial.  “The people it’s aimed at understand it, and I don’t care about the ones who don’t,” he told the press.

The bike was a combination of old and new. Retro-looking half-fairing and 75hp air-cooled motor (with faux finned oil sump to recall the SS models of the 1970s), but equipped with monster brakes, zoomy tail section, upside-down forks, single-sided swingarm and wide, sticky tires.

Well, enough people understood it that the MH900e – for Mike Hailwood evoluzione – was put into limited production. The sales process was a thing of equal legend. To make sure everyone who wanted one had a fair shot at buying it, the Hailwood replica was sold on the Internet, straight from the factory, no waiting lists, and no dealer markups. Offered at the stroke of midnight on January 1, 2000, the first 1000 sold out within hours, prompting Ducati to double the production run.

Deposit down, buyers then waited a year, sometimes more, for their bikes to be built and delivered. Of the 2000 constructed, it’s believed that approximately 500 were sent to America.

The owner informs us that this MH900e has never been started or ridden, and indeed the original tires look they’ve never rolled at speed, the battery connectors never having been attached. #959 of the 2000-unit production run shows only 10km (6 miles) on the odometer and has spent its coddled life on static display in his living room. Now, in near perfect condition, the bike is available for the next custodian’s collection. 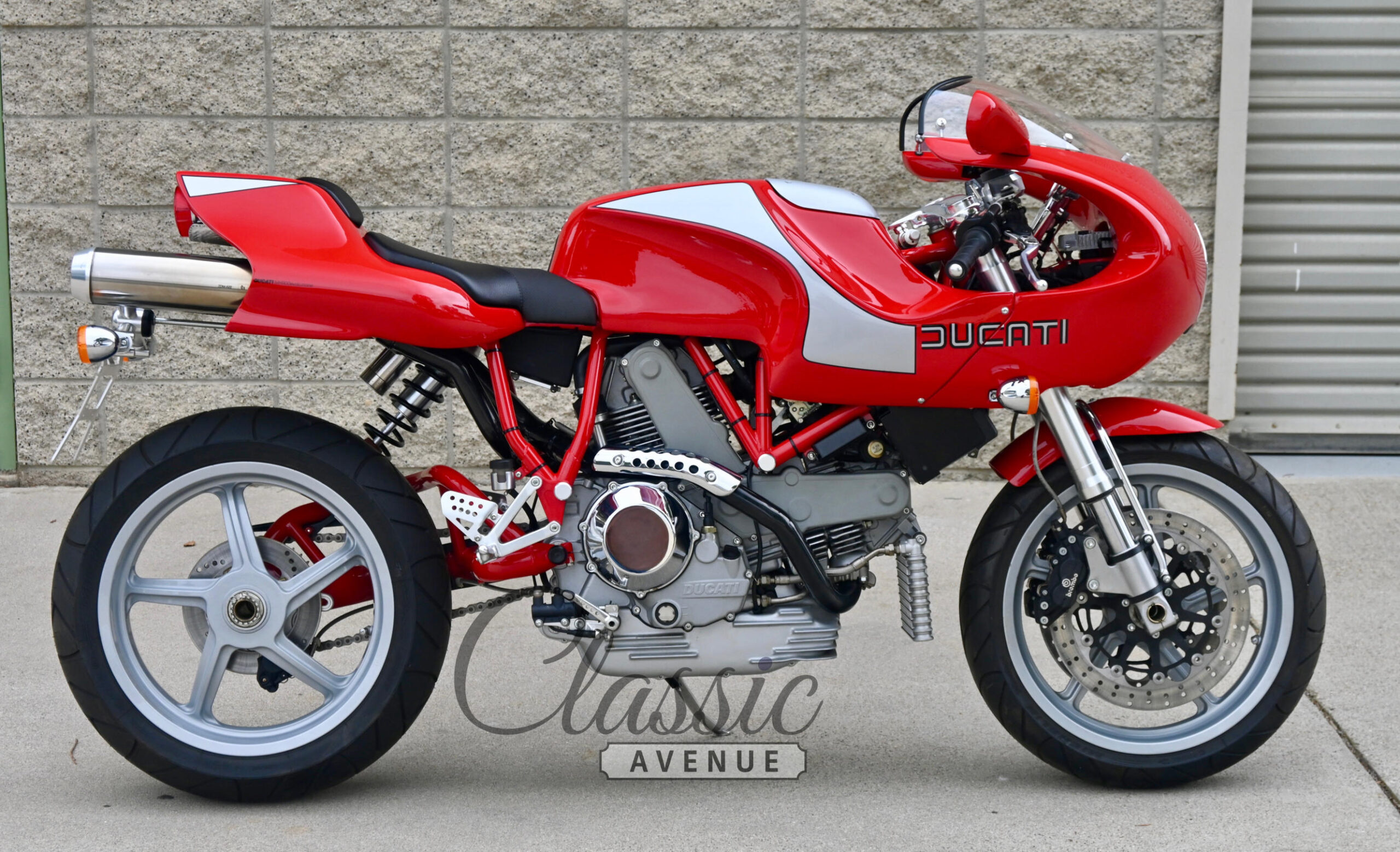 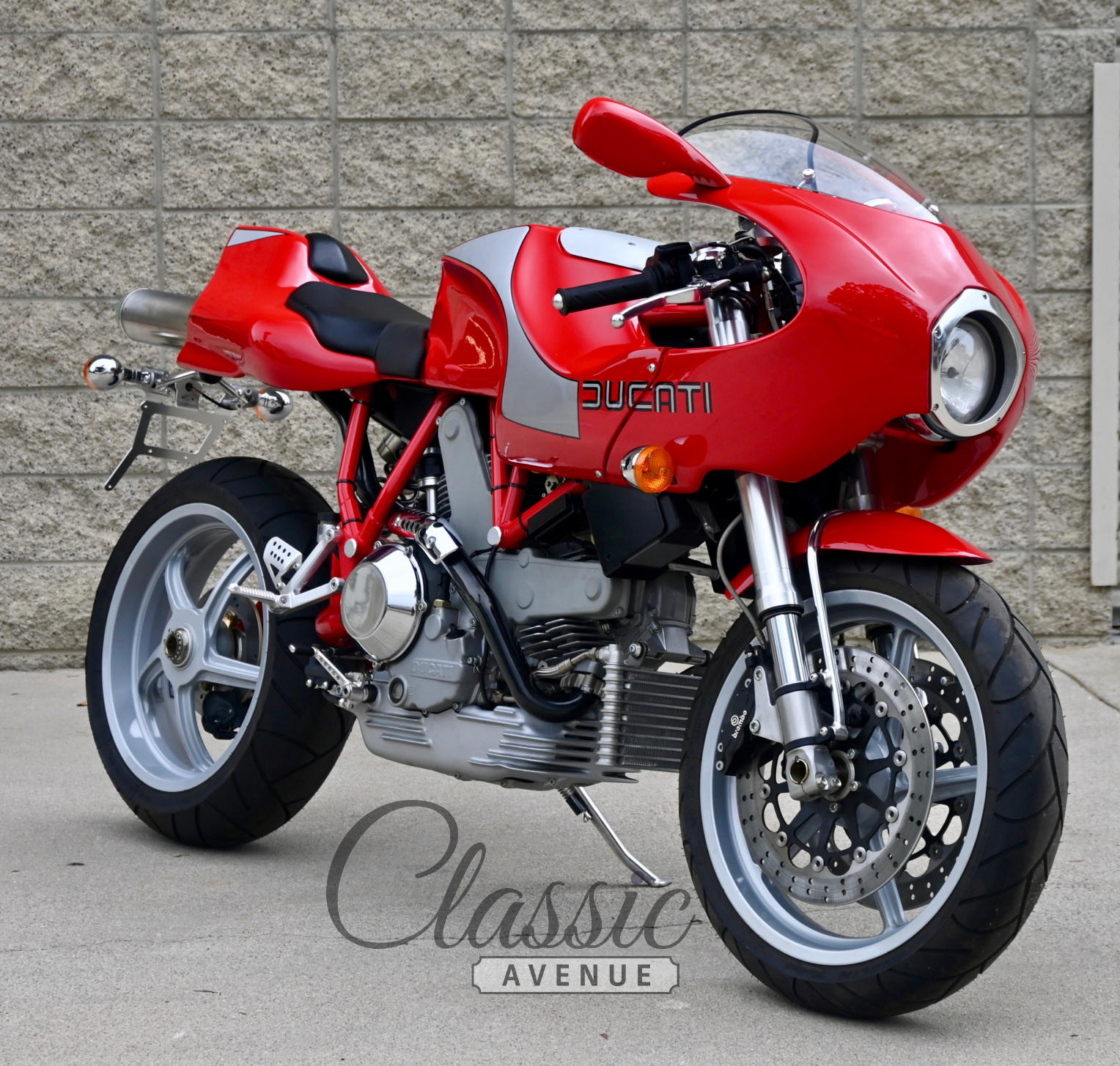 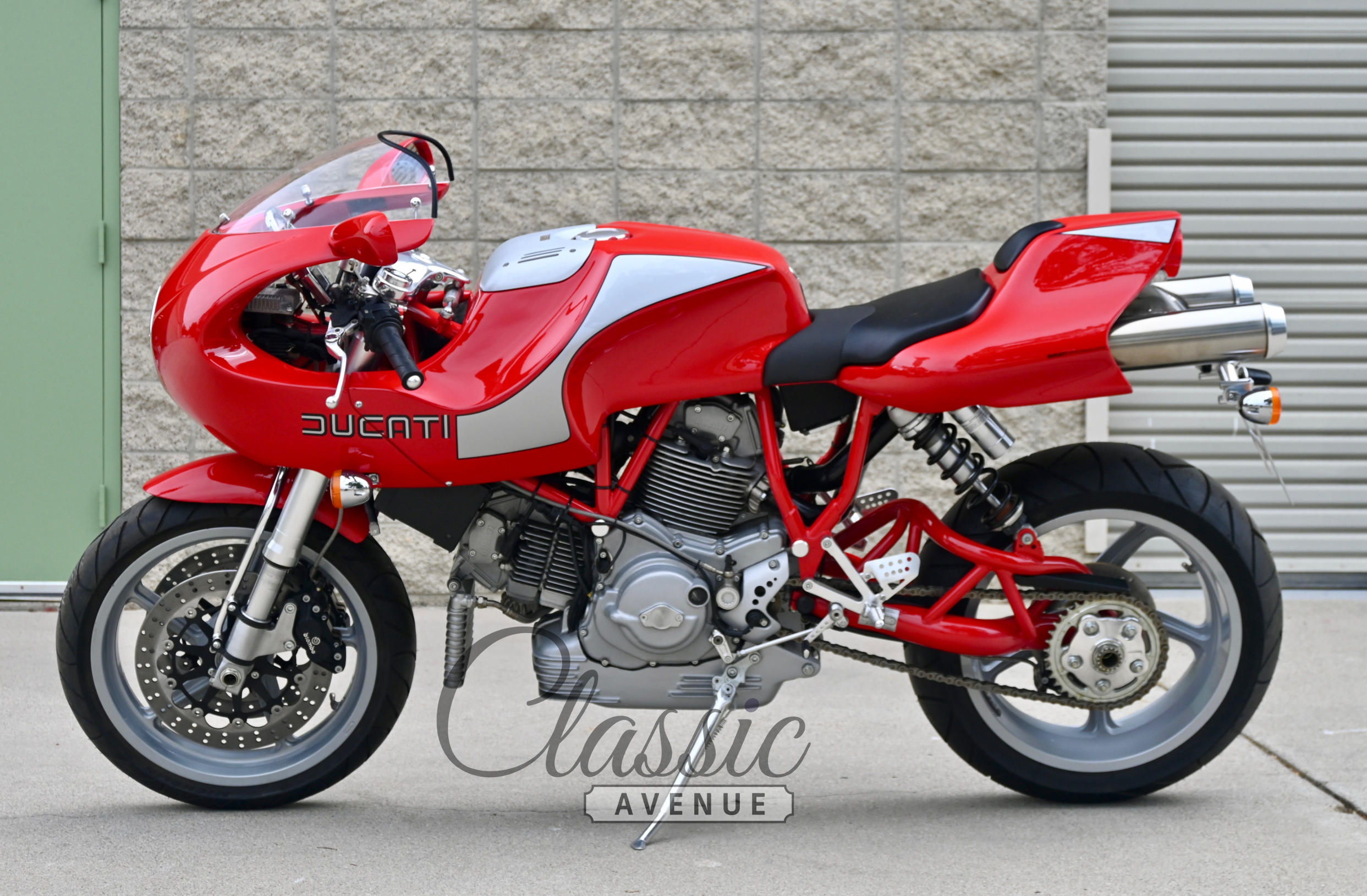 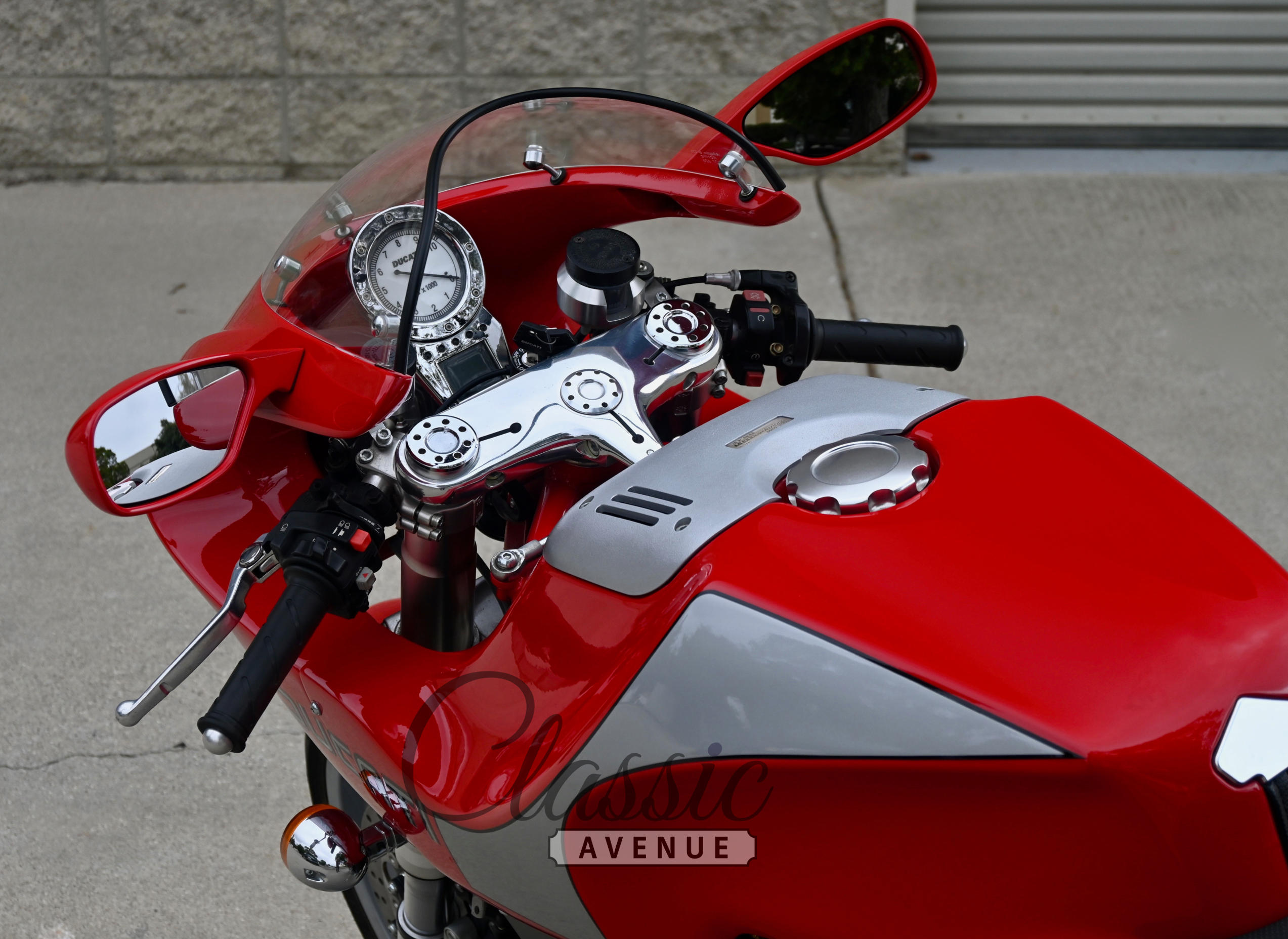 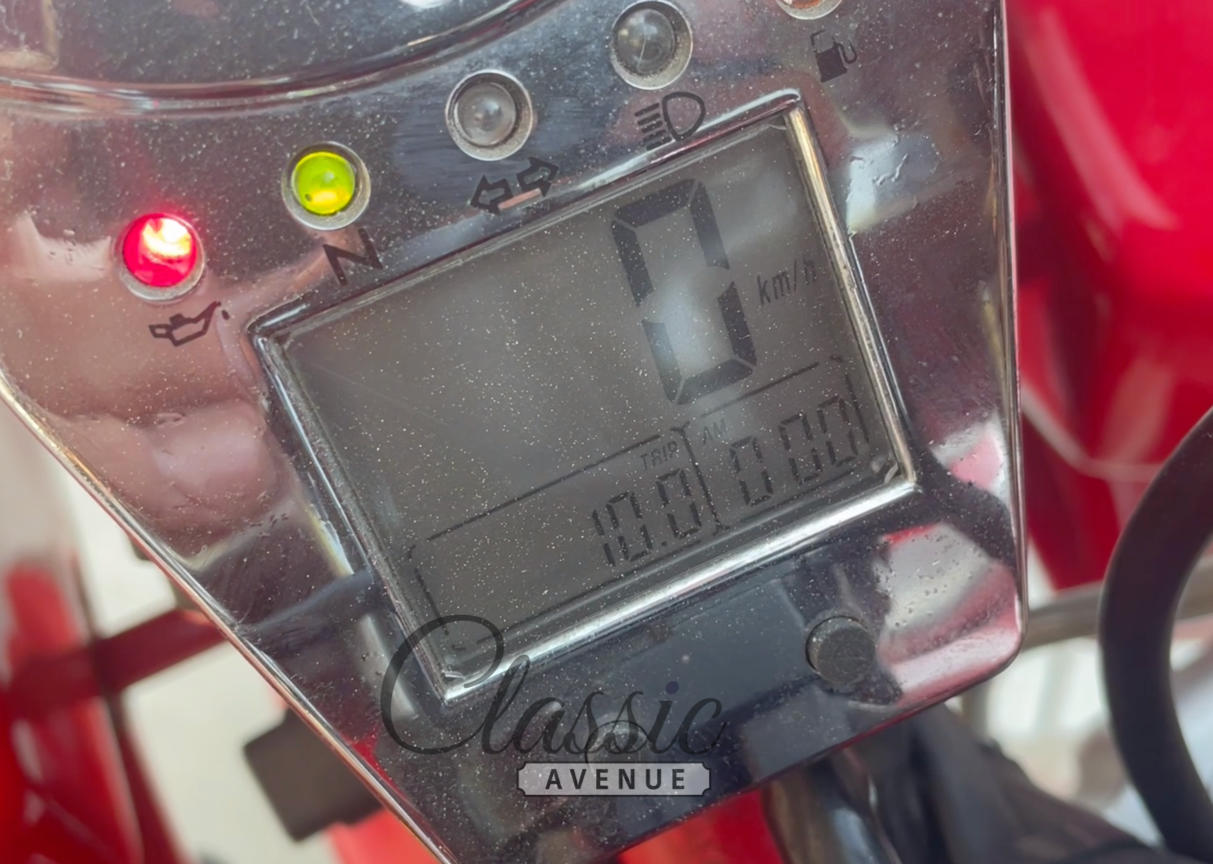