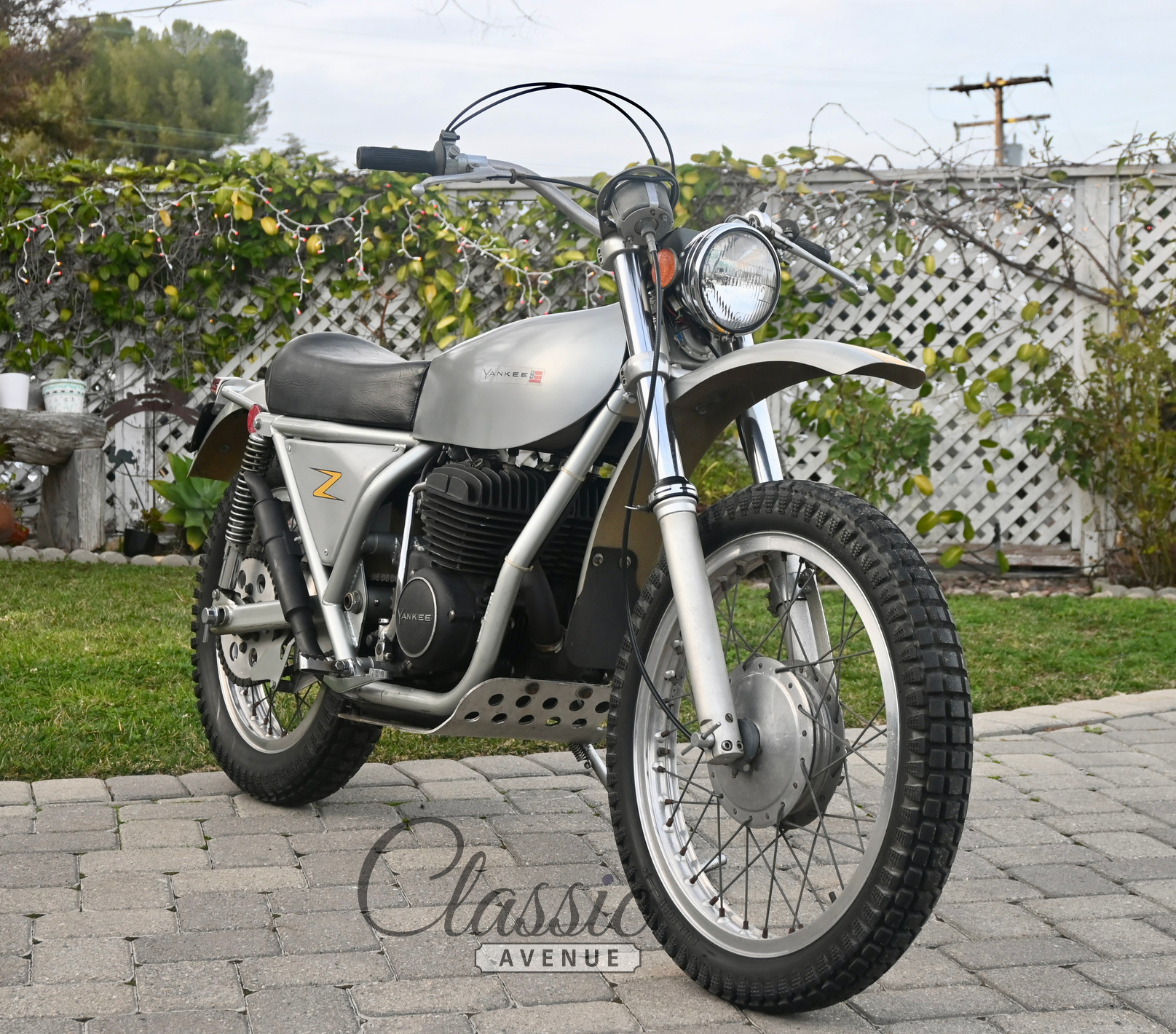 The Yankee Motor Co.was started by John Taylor in Schenectady, New York in the late 1960s. The model Z was introduced in 1967 to high acclaim. At its heart was an air-cooled 2-stroke 500cc twin designed by Eduard Giró and produced by Ossa of Barcelona, Spain. As the US importer of Ossa motorcycles, it was an obvious choice. Chief designer, Giró offered to graft two Ossa 230cc singles together on a common crank to compete in the popular 500cc class. It was mounted in the technologically advanced Yankee frame and with quality cycle parts the ingredients would put the machine in a good position for success in practically any form of competition. However, development took longer than hoped and the popularity of the 500cc class waned by 1972 and the wide array of racing disciplines it was useful for shrank to production of the 488cc enduro.

The Yankee twin was a very versatile engine with various configurations available, including porting specs and special order 180-deg. crank and different cylinders, but this setup wasn’t for the faint of heart. Twin exhaust header pipes curve downward and terminate in a muffler located between the underside of the engine and the sturdy aluminum skidplate. An outlet from the muffler curves gracefully upward on either side of the frame and terminates in a Krizman spark arrester. One of the best features of the engine besides the smooth, strong power delivery is the six-speed gearbox which was first used on Ossa’s powerful 250cc rotary-valve Single roadracer. It was easily modified to accept a 4- or 5-speed gearset as desired. It was equally easily modified to shift on the left or right-side of the bike.

Cycle parts are a mixture of American and Spanish and the massive tripleclamps with a total of eight clamping screws are forged aluminum alloy by the Smith & Wesson firearms factory. The massive and robust frame was developed by Dick Mann, AMA grand national champion for 1972 and considered as the best all-around motorcycle racer of the time.

Disappointingly late in its arrival marred the fully exploited success of the package, but, as Cycle World put it, it’s “a 6-speed enduro/street twin with heavy but remarkable handling, destined to become an instant collector’s machine”.

The Yankee 500Z on offer here hails from a Southern California collector of quirky and unusual machines. Purchased about 20 years ago, the ultra-low mileage bike had been on static display, used negligibly from new. And then under our vendor’s ownership, the bike was used just about as infrequently until now it shows a mere 317 miles from new. Having been on static display for so long, the bike will need thorough re-commissioning before regular, reliable use. As can be seen, it is offered in wonderfully original condition with nice, consistent patina to all the finishes. A rarity by any measure, this would make an excellent addition to any collection.