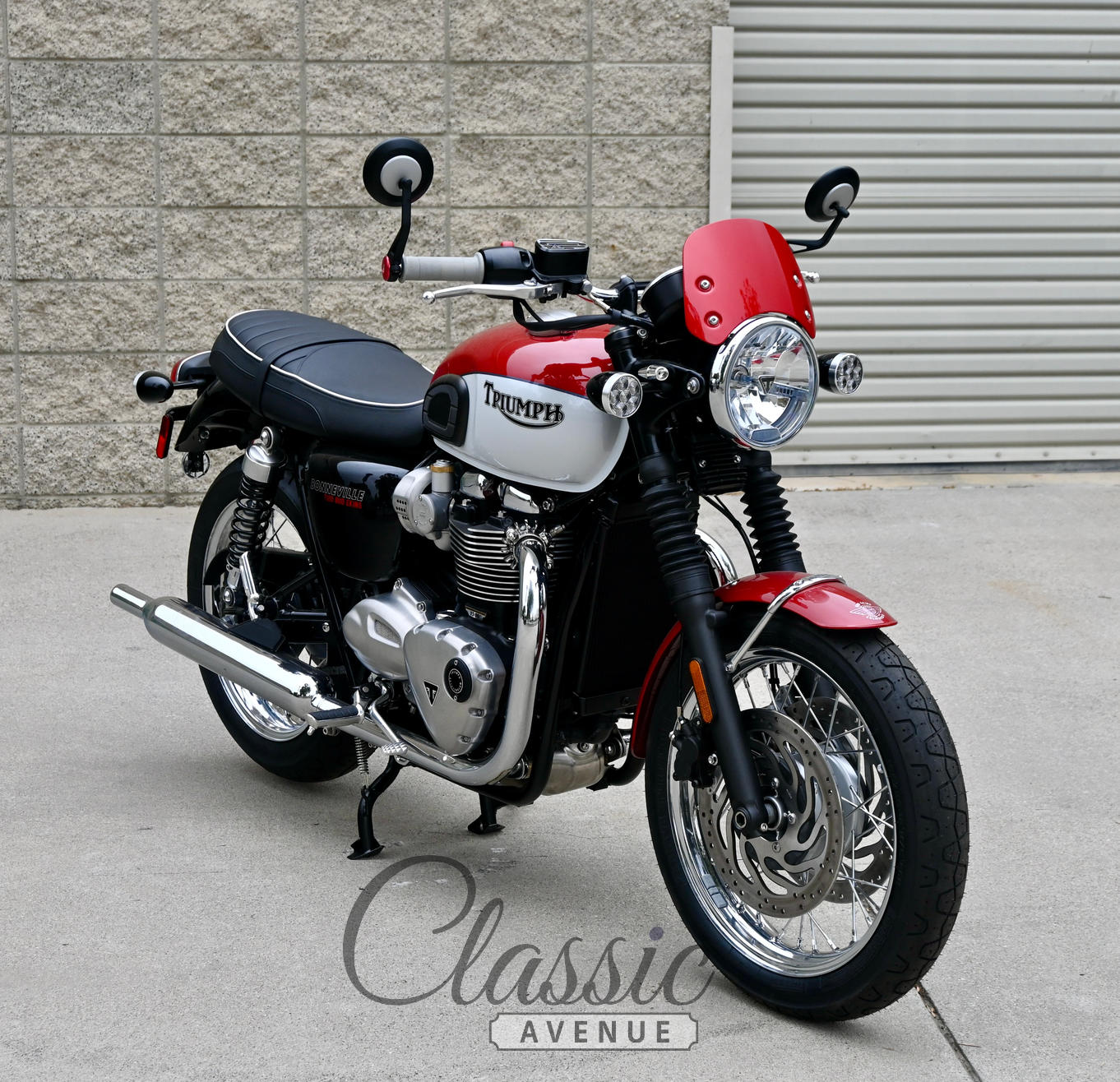 In 2020, Triumph launched two very special editions of the iconic Bonneville T120 and T100 that celebrate the iconic name and legend of Bud Ekins.

A 1960s motorcycle icon, Bud was a professional Hollywood stuntman, top motocross and desert racer, and the rider who made arguably the most famous motorcycle film jump in history in the WWII film The Great Escape on behalf of his movie star friend and ISDT partner Steve McQueen.

Born in Los Angeles in 1930, Bud Ekins learned to ride in the nearby Hollywood Hills, honing his off-road skills long before he could legally ride on the road. Luckily, California was host to a thriving off-road racing fraternity and even by his late teenage years he earned a mighty reputation as one of SoCal’s top motocross and desert racers.

By the time US Triumph superdealer Bill Johnson provided Ekins with a TR5 Trophy, on which he won the Catalina Grand Prix, Ekins knows well that in Triumph he has found a manufacturer that builds the kind of strong, fast and light motorcycles with all the agility, responsiveness and power that he yearns for.

In 1956, when Ekins finished 2nd in the 153-mile off-road Californian Big Bear Motorcycle Run, the first-, second- and third-placed riders were all on Triumph TR6 Trophy motorcycles. Triumph’s racing domination was such that when Ekins won the same race the next year, 20 of the top 25 finishers were all on Triumphs. Ekins also competed with great success in California Hare and Hound, Mint 400 and Baja 1000 events.

Ekins’ racing successes led him to open a Triumph dealership in North Hollywood. It quickly became a magnet for many young up-and-coming movie actors including Paul Newman, Clint Eastwood and Steve McQueen. Ekins lived and breathed Triumph motorcycles and selling them seemed to come naturally, leading to considerable business success to go with his considerable racing achievements.

Each model comes with a dedicated two-colour paint scheme with hand-painted coach lining and heritage Triumph logo, used for the first time on a modern full production Triumph.

These are signed by Nick Bloor, Triumph CEO and both of Bud Ekins’ daughters, Susan Ekins and Donna Ekins.

The 2020 Triumph Bonneville T120 Bud Ekins Edition on offer here is presented in as-new condition, having covered only 3 miles from new.

The vendor had the dealer swap out the front mudguard, as the red version was far more to his liking.

This a perfect New Old Stock special edition Triumph to sit alongside that Steve McQueen edition, original TR5, or any Triumph classic.