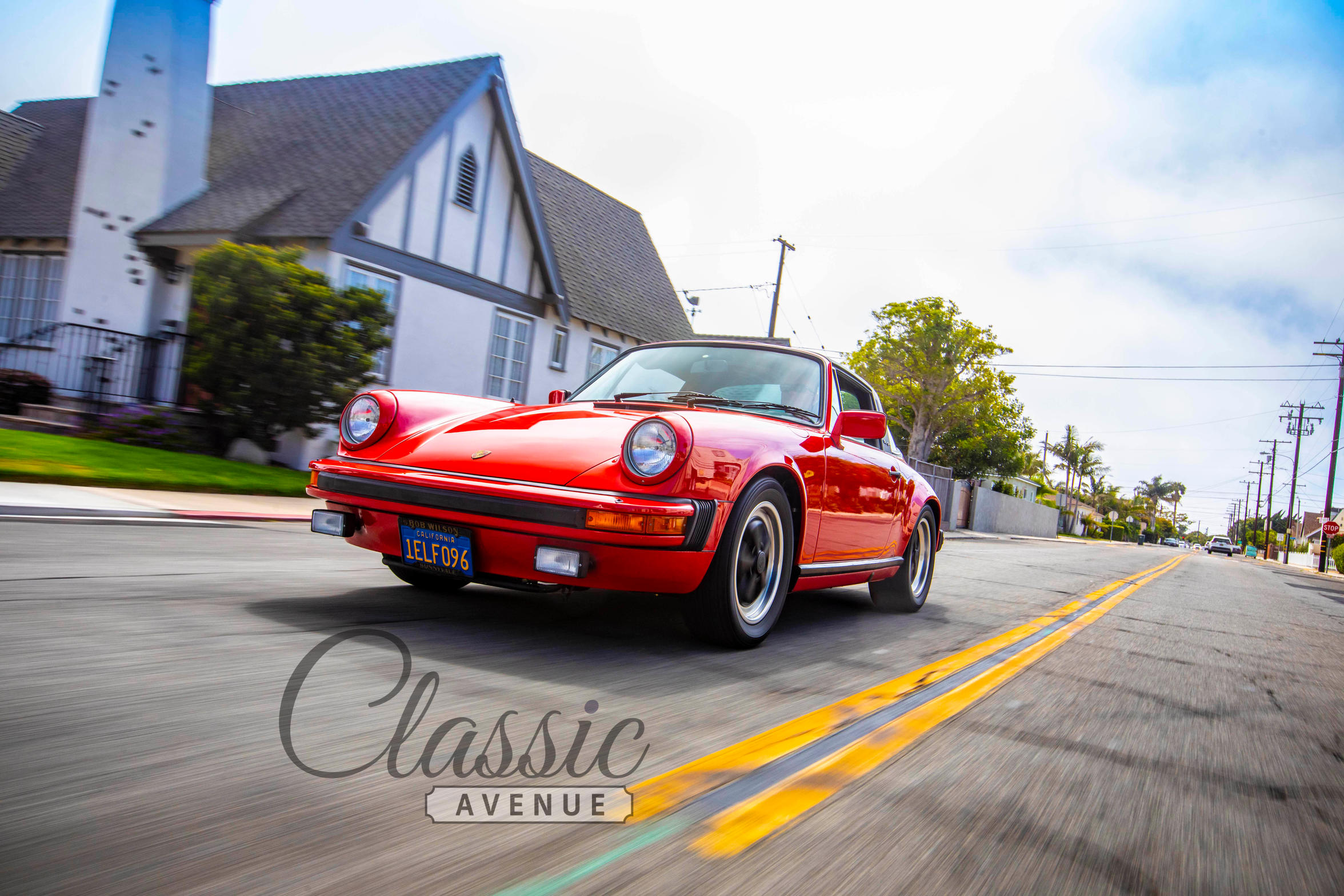 There is no argument that the 911 is a classic with an enthusiastic following that catapults even the latest models in to “modern classic” status. The car arrived in 1964, a development of the 356, armed with 6-cylinder power. Racing success out of the box ensured the marketing and sales success of the model in the showroom, and has for 57 years. Two years after introduction, the ‘Targa” was introduced, named for the numerous trophies attained at the Sicilian rally. Designed to adhere to U.S. legislation, the car featured a sturdy roll-over bar at the ‘B’ pillar, and a removable, stowable roof panel for the convertible-loving clientele.

The car was stored in an inland California, dry environment since that last trip out in 1997, with an astonishing 12,240 miles on the original 85mph speedo’s odometer. From 1999, the car was placed into non-operation registration, negating bi-annual renewal. Original registrations are included with up to 1999 registration tags that never made it on to the car.

The car sat on original date-coded tires, which inevitably lost air over the 24 years of hibernation. Dusty and dirty, this incredible car languished, unused until early June of this year, when it was finally liberated. Tires were pumped up and remarkably held air. Now, nearly two months later, they still do!  Brakes were encouraged to release, and the car was pushed out into the California sunshine for the first time in two and a half decades (see video). The car was loaded up and taken to the shop for resurrection.

With extreme care to retain originality, all fluids were drained new oil, fuel and air filter were installed with a new battery. The car fired easily and with some fettling, idled and ran up through the rev range. With even more extreme care, the car was driven all of about 200 yards, and ran well. The engine felt taut and powerful, while the car shifted as effortlessly as a Porsche should through a light-action clutch. The brakes worked perfectly and there were no squeaks or bumps from the suspension. Flat spots on the original tires make for an interesting ride quality, however. The car was then loaded up and taken to Jakob at I Am Detailing for his expert advice and service to bring the car to its former original glory, including a dry ice bath of the underside.

Having spoken to key collectors and the owners club, this remarkable 911 is supposedly and reportedly one of the lowest mileage SCs in existence. Fantastically original in every way, the paint was detailed to its original depth of shine and luster, the original wheels with original Porsche weights and date-coded Pirelli tires are scuff-free. The exquisite interior was detailed to a beautiful, original condition, with soft, supple surfaces and no shrinkage or deformation of the materials.

The trunk is fantastically original and in excellent condition, housing an original tool kit and unused spare. Also in the trunk was an original Porsche plastic bag for the toolkit, now containing original sales documents, past registrations and an original owners handbook, still in the original plastic cover.

The engine bay, equally original, is a reference for all restorations, with untouched hose clips in the factory-correct positions and screw and bolt heads unscathed. Untouched in nearly 40 years, the car is the benchmark for original finish, complete with all factory applied stickers, still in excellent condition.

This is a once-in-a-lifetime opportunity to acquire a true barn-find Porsche in truly exquisite condition throughout. A Preservation Class no-brainer.