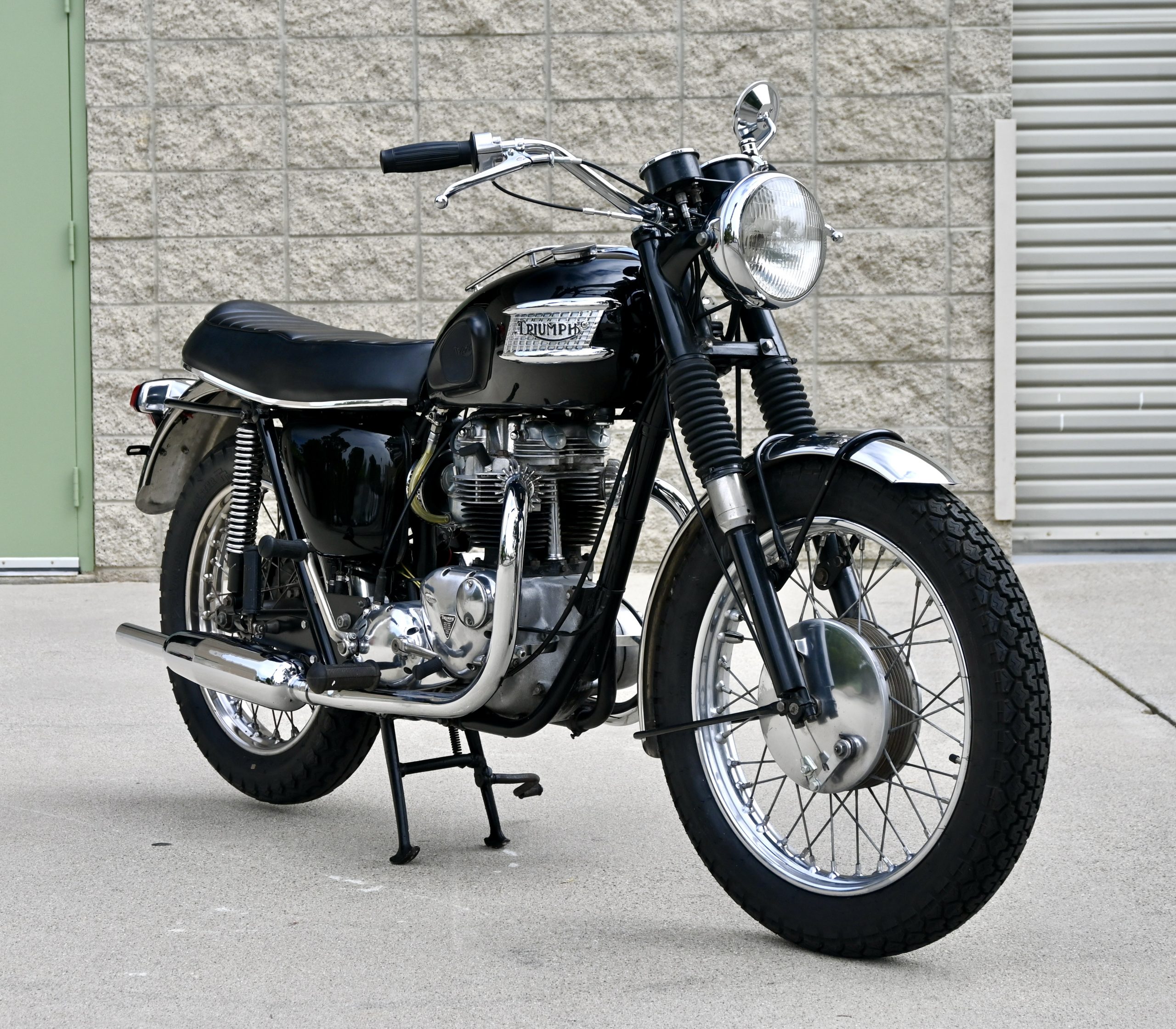 International Six Days Trial successes in the late 1940s prompted Triumph to develop their range of the 500cc TR5 and then for the 650cc TR6, introduced for 1956. The larger capacity bikes retained their sporting character but became more of a roadster as time passed, ending up, in effect, as a single-carburetor T120 Bonneville, whose specification in all other respects it closely followed. More tractable than the Bonnie and more economical too, the TR6 gave little away in terms of outright performance, its standing quarter-mile time and top speed being within a whisker of its twin-carb sibling’s.

However, although the pair possessed an impeccable engine, Triumph’s larger models were widely recognized as lacking in the handling department, especially when compared to rivals Norton. Following the wholesale changes of frame layout in the late pre-unit era, a single down-tube design was introduced on the 650cc ‘unit’ twins for 1963, although even this would undergo several detail alterations over the next eight years. By the decade’s end the 650 Triumphs had arrived at what most enthusiasts agree is the models’ ultimate incarnation, and today these late, pre-‘oil-in-frame’ 650s are becoming increasingly sought after by collectors on both sides of the Atlantic.

When Triumph brought the gearbox “in-house” for unit construction in 1963, the TR6 was offered as the TR6SS (siamese, low-level exhaust), TR6SR (separate low-level headers and mufflers) and the TR6SC (with separate high-rise headers and mufflers). All TR6 motorcycles used the new-for-1963 single-downtube frame, which offered increased rigidity compared to the duplex-frame of 1960 to 1962.

The matching-numbers 1964 Triumph TR6SR offered here is quite a rarity. Only 478 were built in 1964 with just over 3,000 in total for the 3-years the SR was in production.  In generally very good to excellent condition, the bike has enjoyed an extensive mechanical overhaul in the hands of the previous owner including a new battery with 12-volt upgrade, new Amal 930 Carb, and Boyer electronic ignition. He attacked the cosmetics with a fresh black paint job to tank, oil tank and side cover, new stainless-steel fenders, and new exhausts.

Please note:  The cracked tachometer glass will be replaced.

The bike needed very minor re-commissioning to ready it for sale. The bike starts easily and runs and rides exceptionally well.