Racing is as much a part of the Italian DNA, as pasta, fashion and wine, so it is of no surprise that the many motorcycle manufacturers of the post-WWII era, would flex their machines over the road courses of the Italian countryside.

MV Agusta’s factory race team had been developing 4-strokes for some years and in 1952 achieved its first major international success when Cecil Sandford secured the 125cc World Championship – MV’s first of a great many to come. For the following season, MV made available a single-cam, version of Sandford’s works dohc racer, the Sport Competizione, which rapidly became the mount of choice among privateers contesting the quarter-liter class. In 1955 a second over-the-counter racer was added to the range: the 175 CSS Squalo (Italian for shark) Developed from MV’s 175cc roadster, the CSS used the latter’s monoalbero or sohc engine, up-rated with a five-speed gearbox and external magneto, which was installed in an entirely new set of cycle parts consisting of a duplex loop frame, Earles-type leading-link forks and swinging-arm rear suspension. The 175 CSS was intended primarily for Italian Formula racing, but quickly came to dominate the 200cc class in the UK and elsewhere, despite a list price higher than that of a Manx Norton. In fact, it was one of these little MVs, bored out to 196cc, which provided the great Mike Hailwood with his first ever race win, at Oulton Park in 1957.

The bike offered here is a mid-restoration project, exactly as it is viewed in the photos below. There are NO internals to the engine. There is an unrestored dustbin fairing that accompanies the bike. There are no additional parts and no further information. Please make offers accordingly. 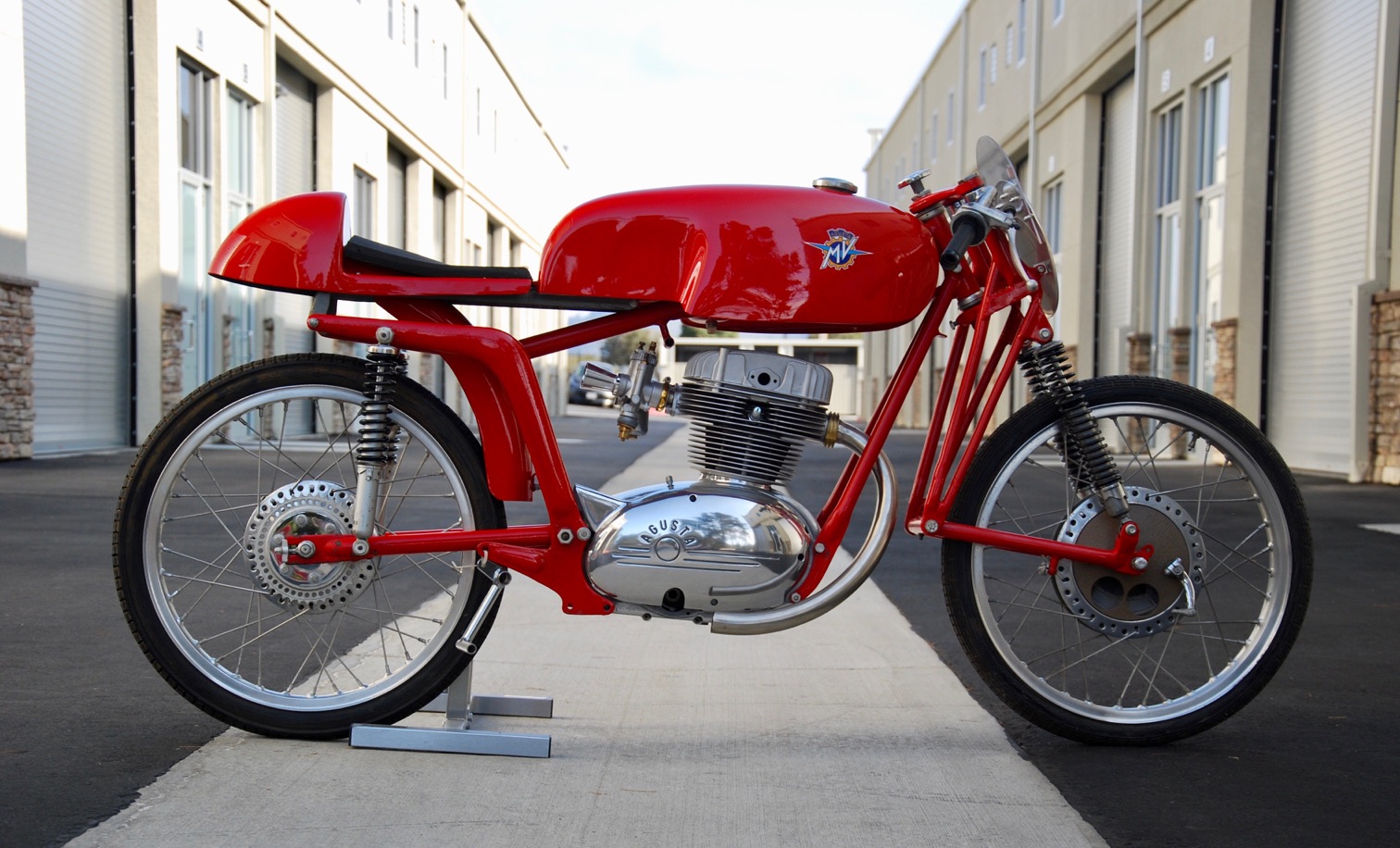 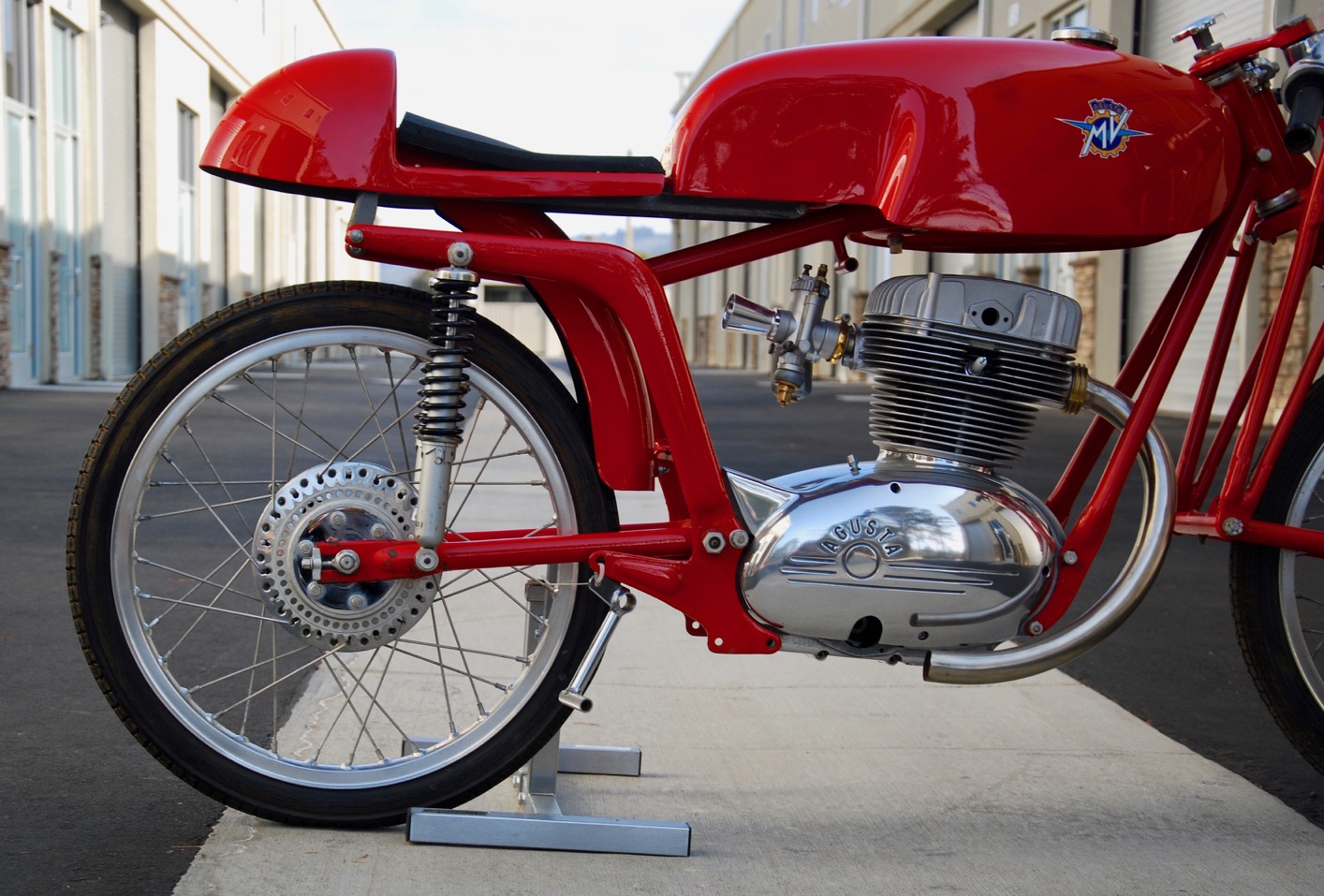 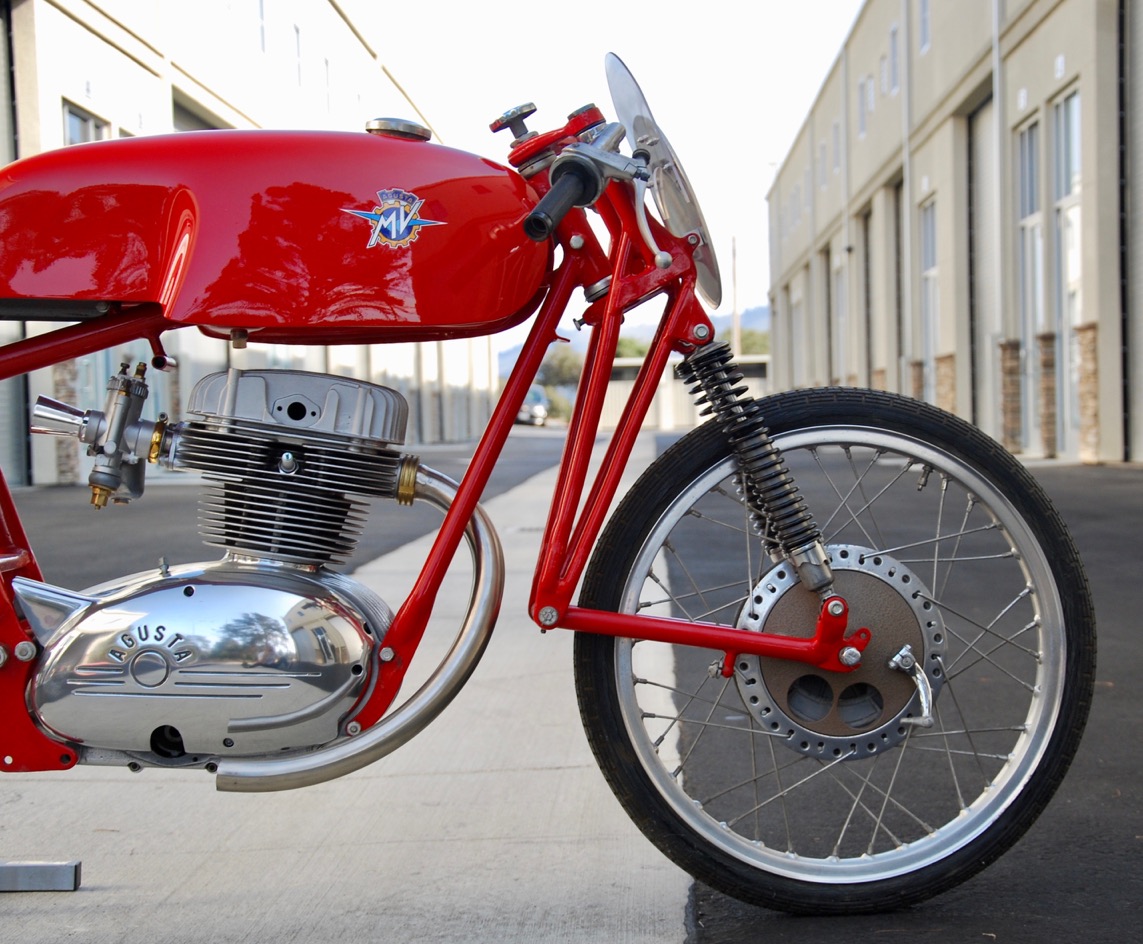 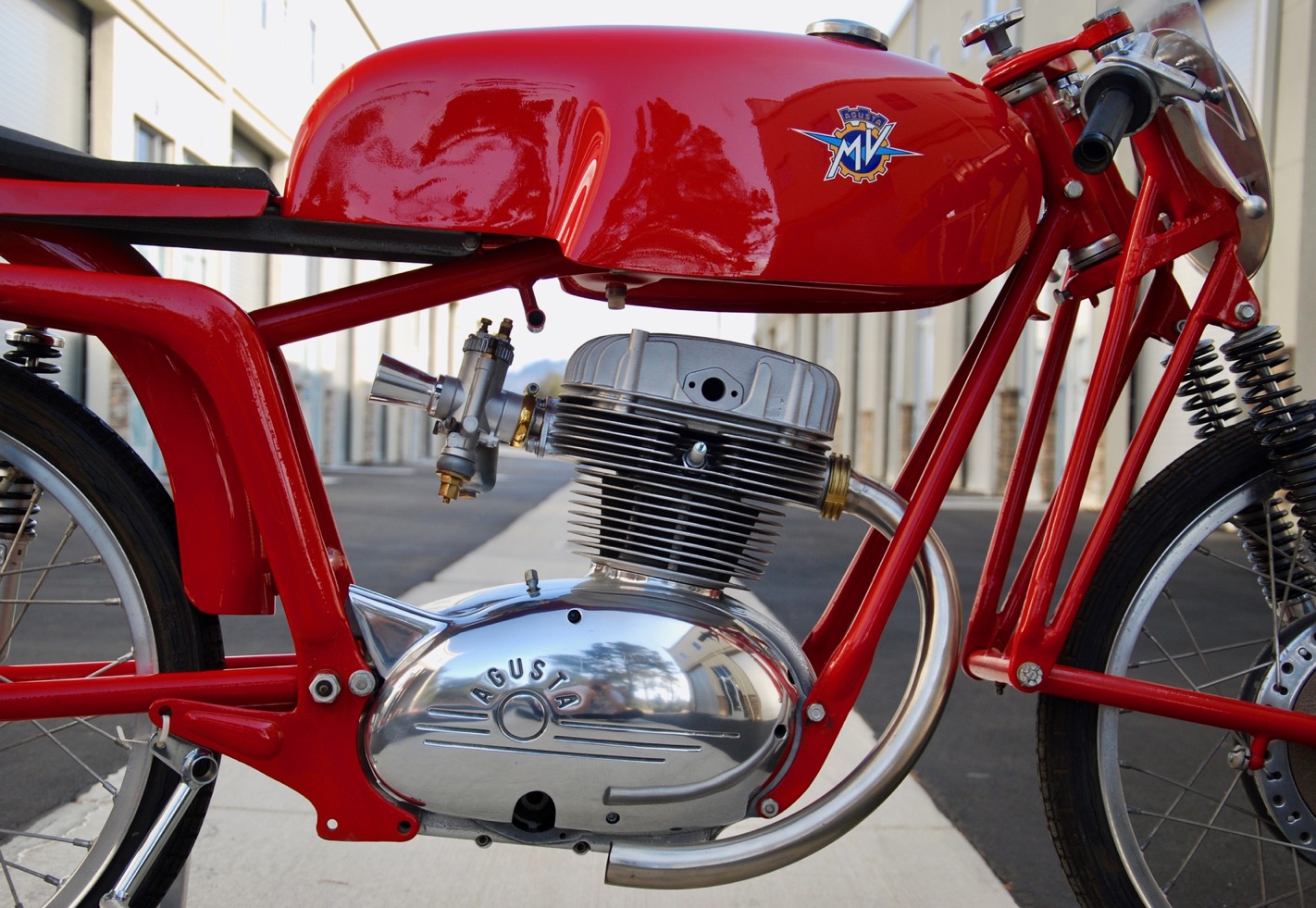 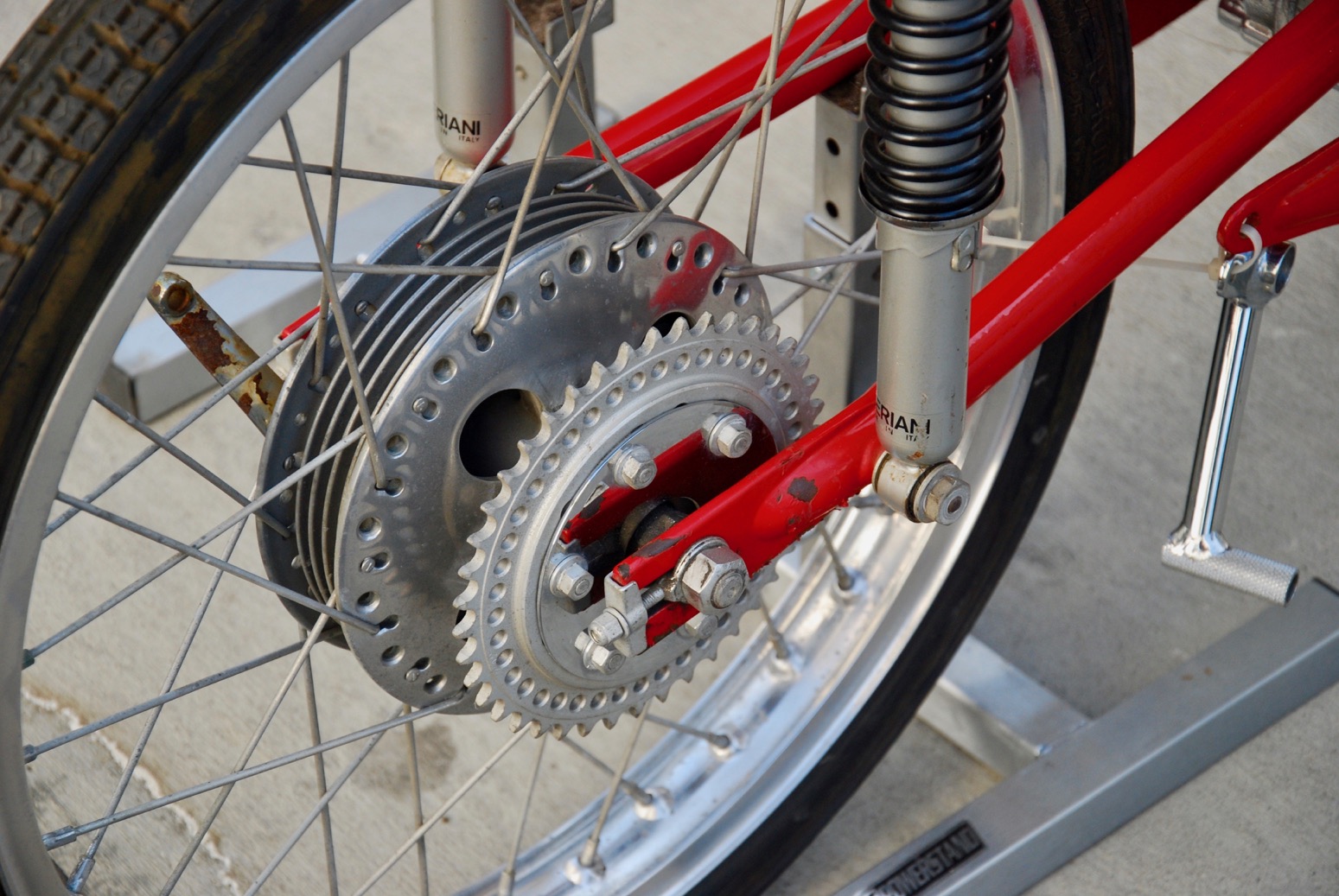 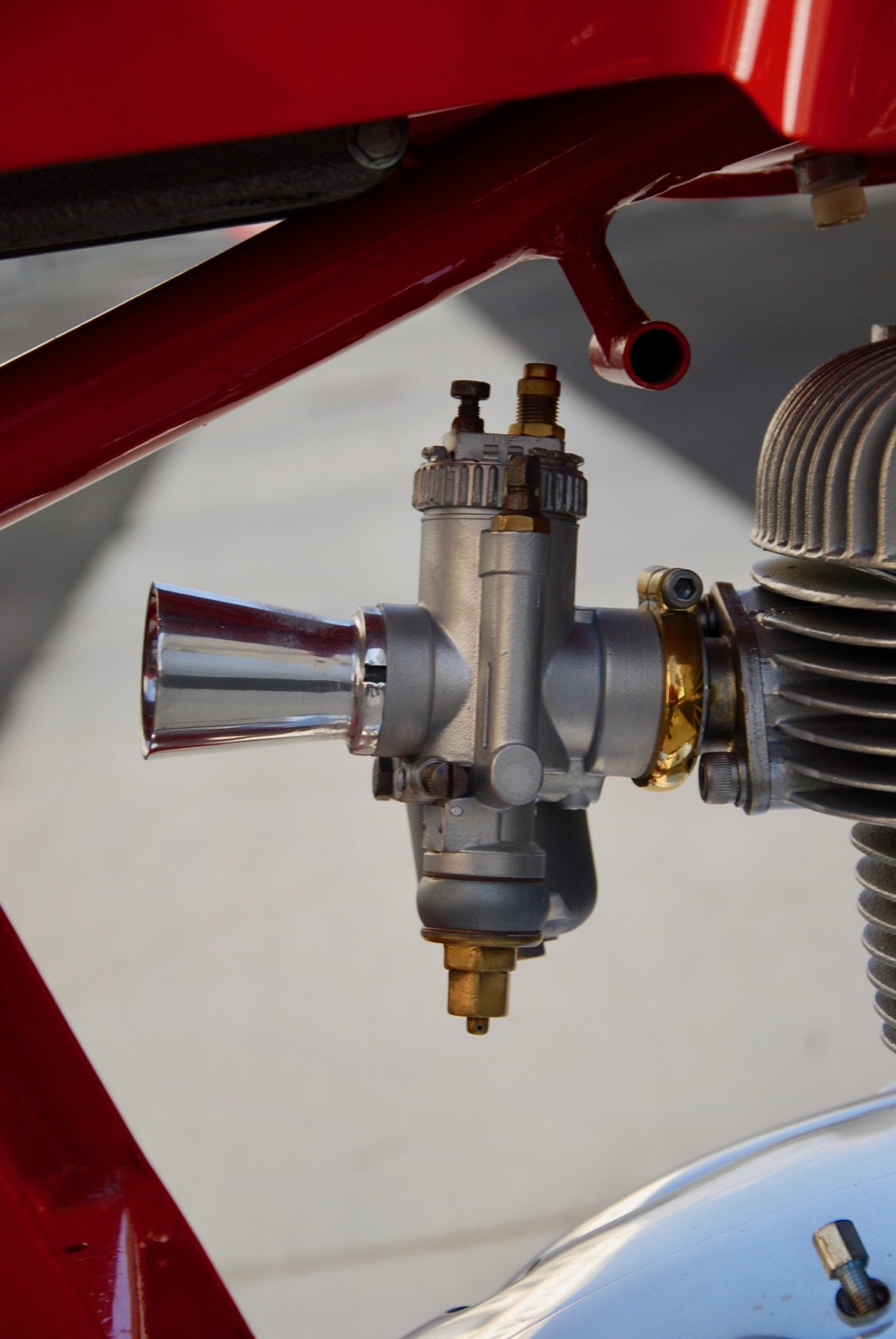 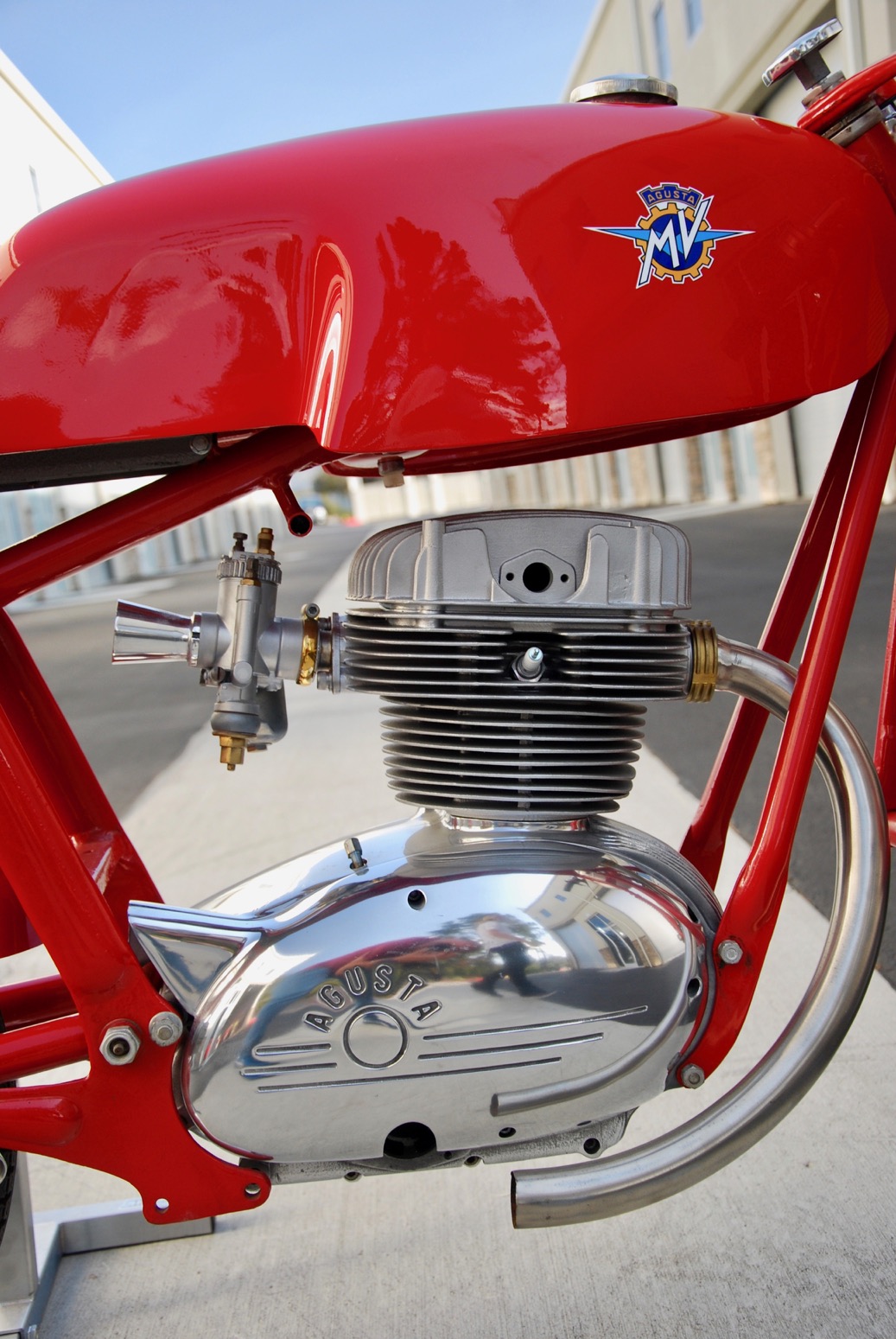 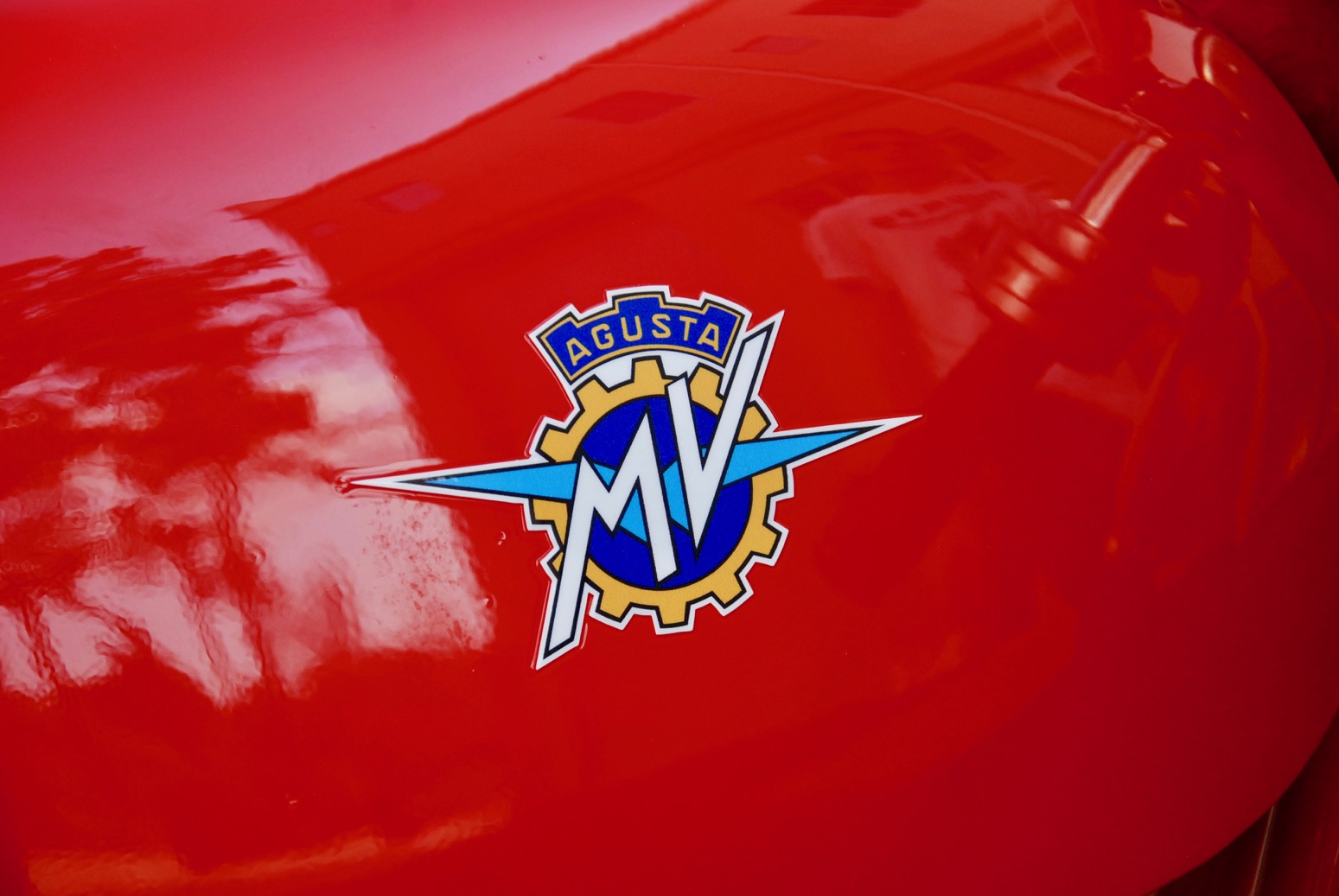 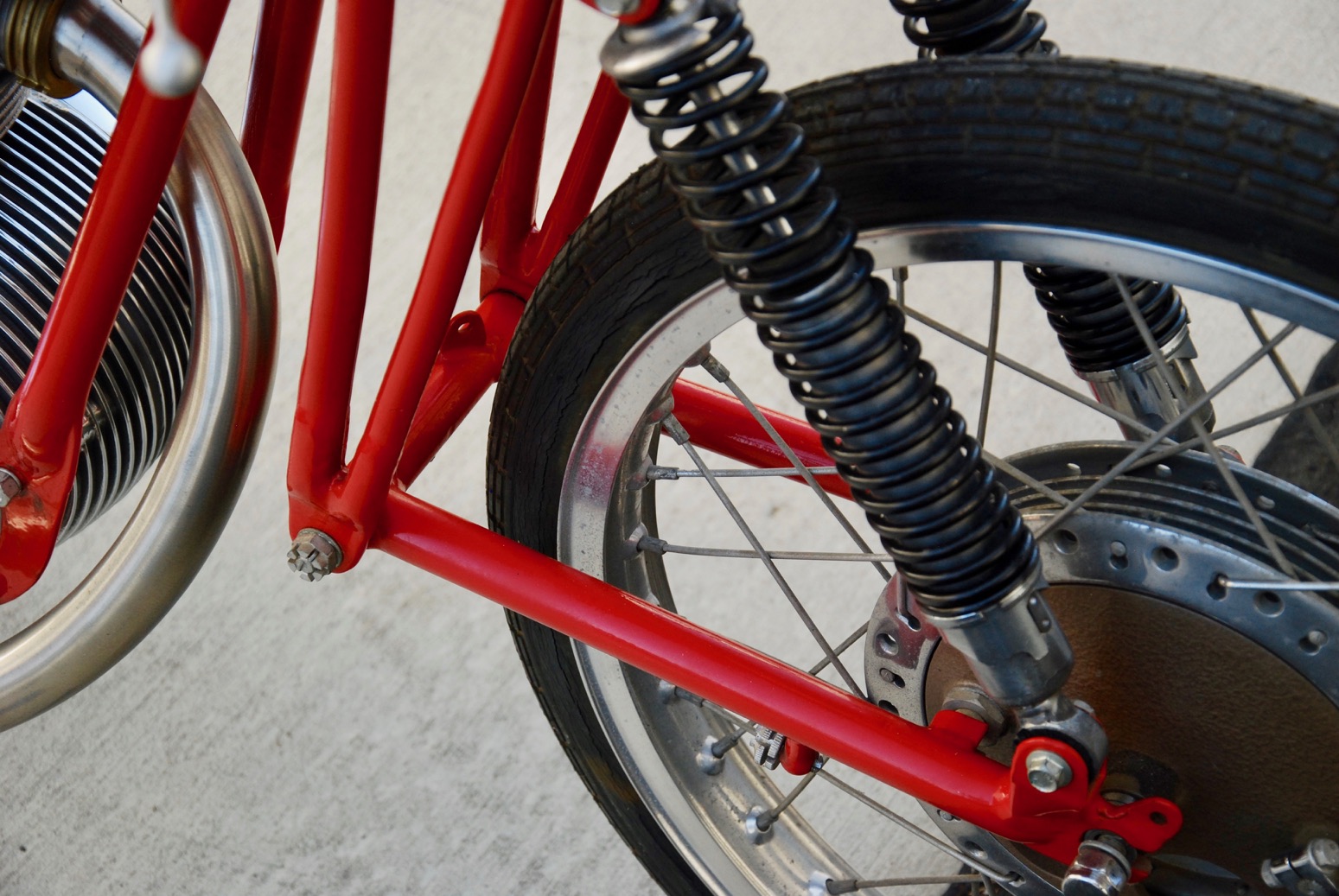 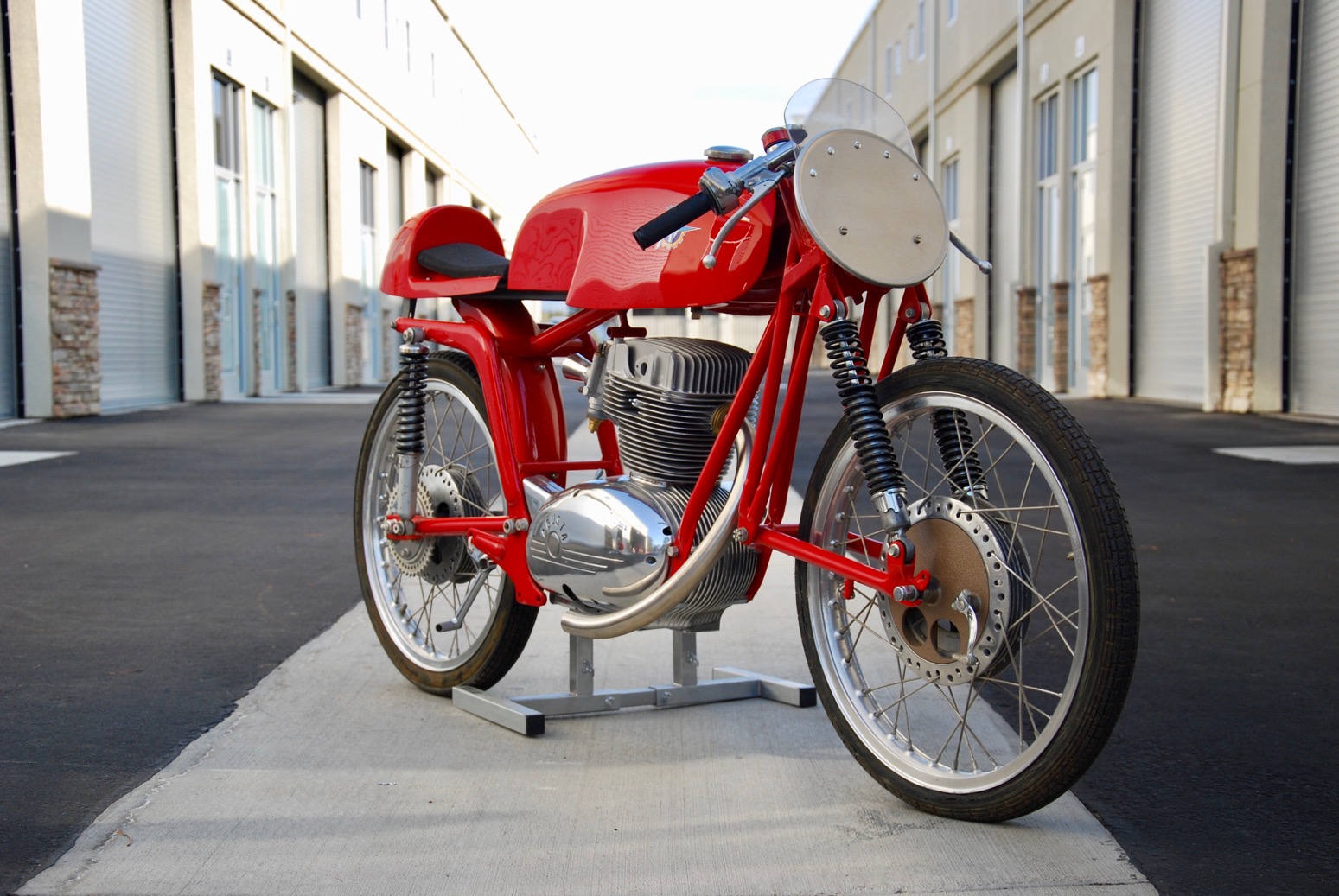 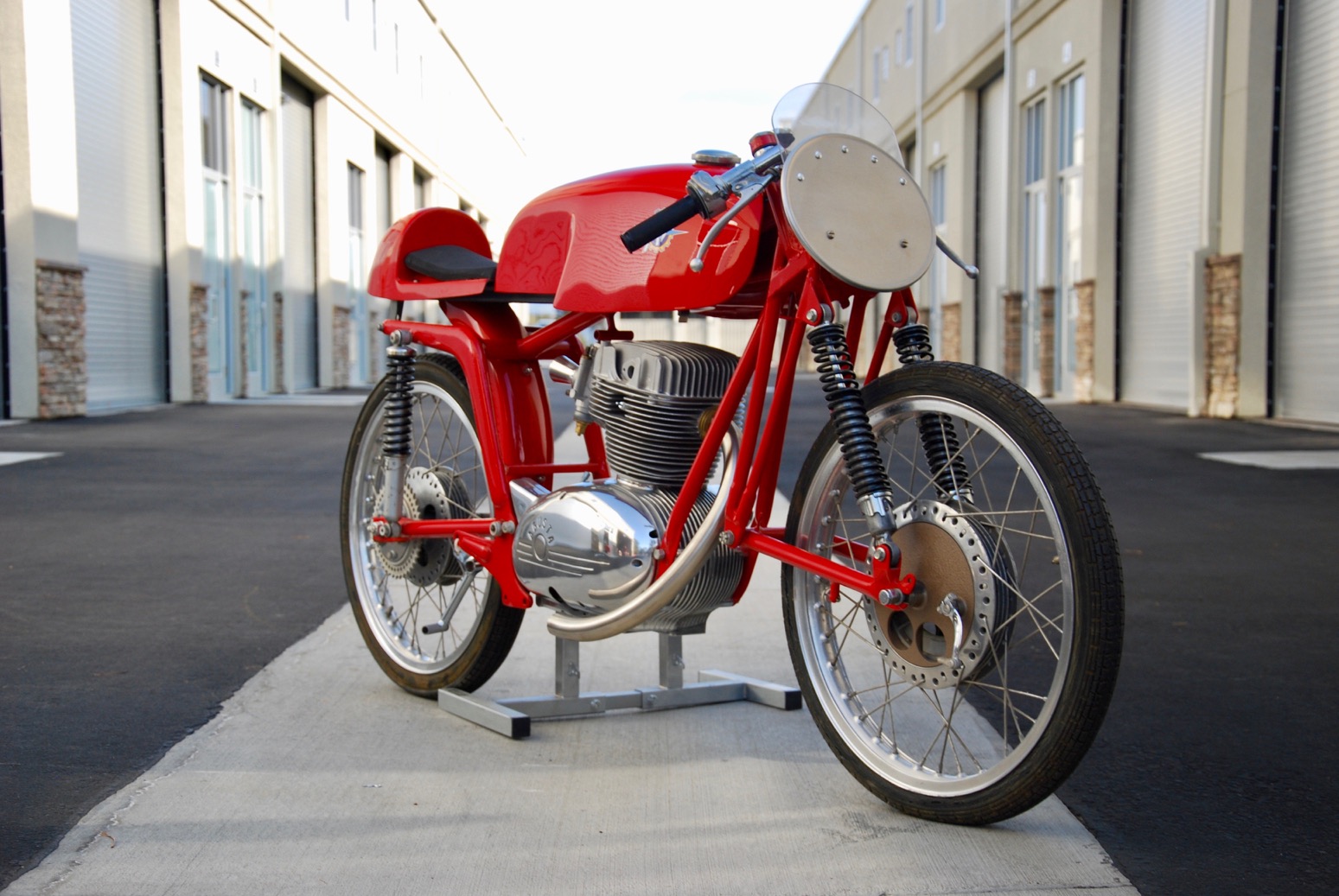 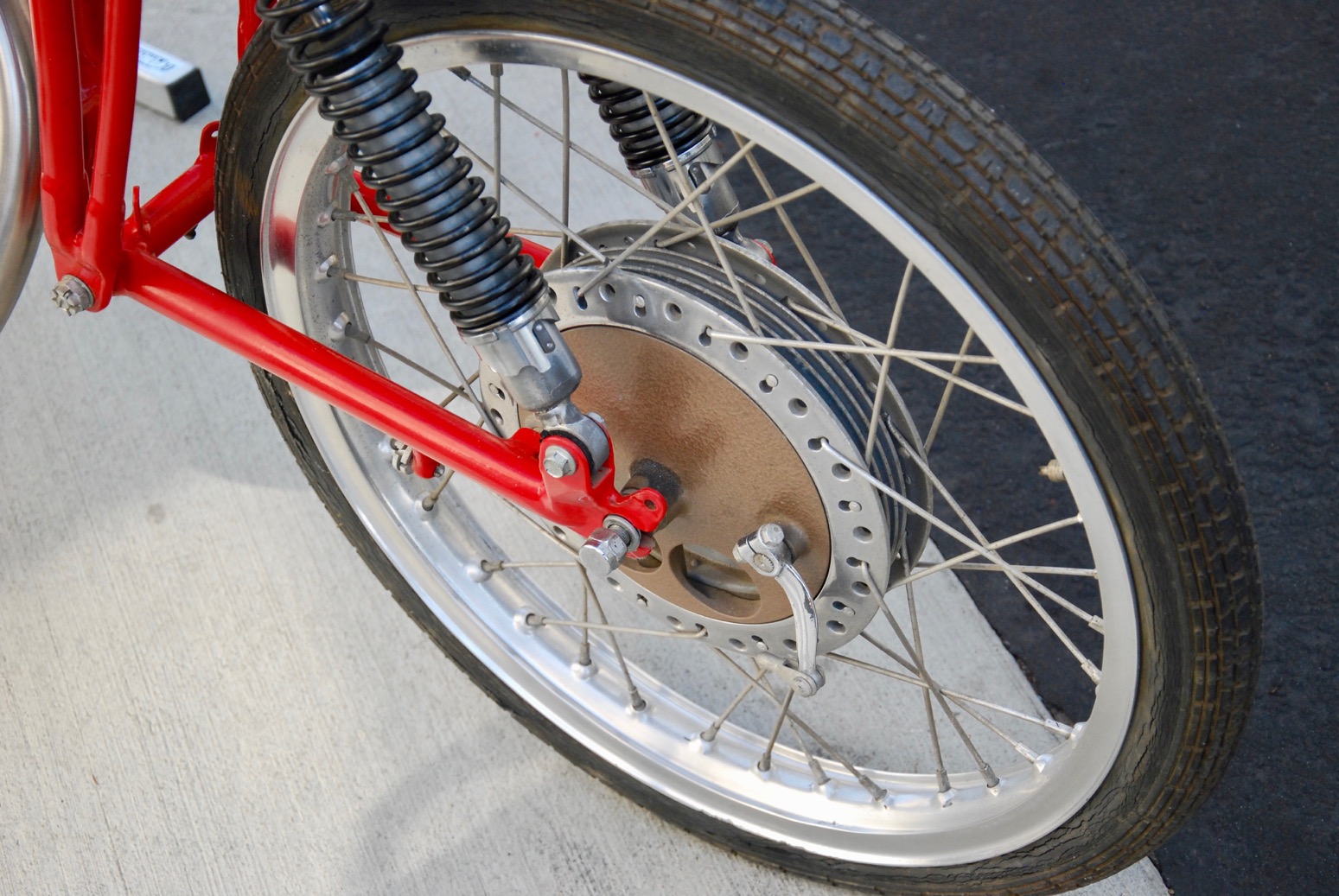 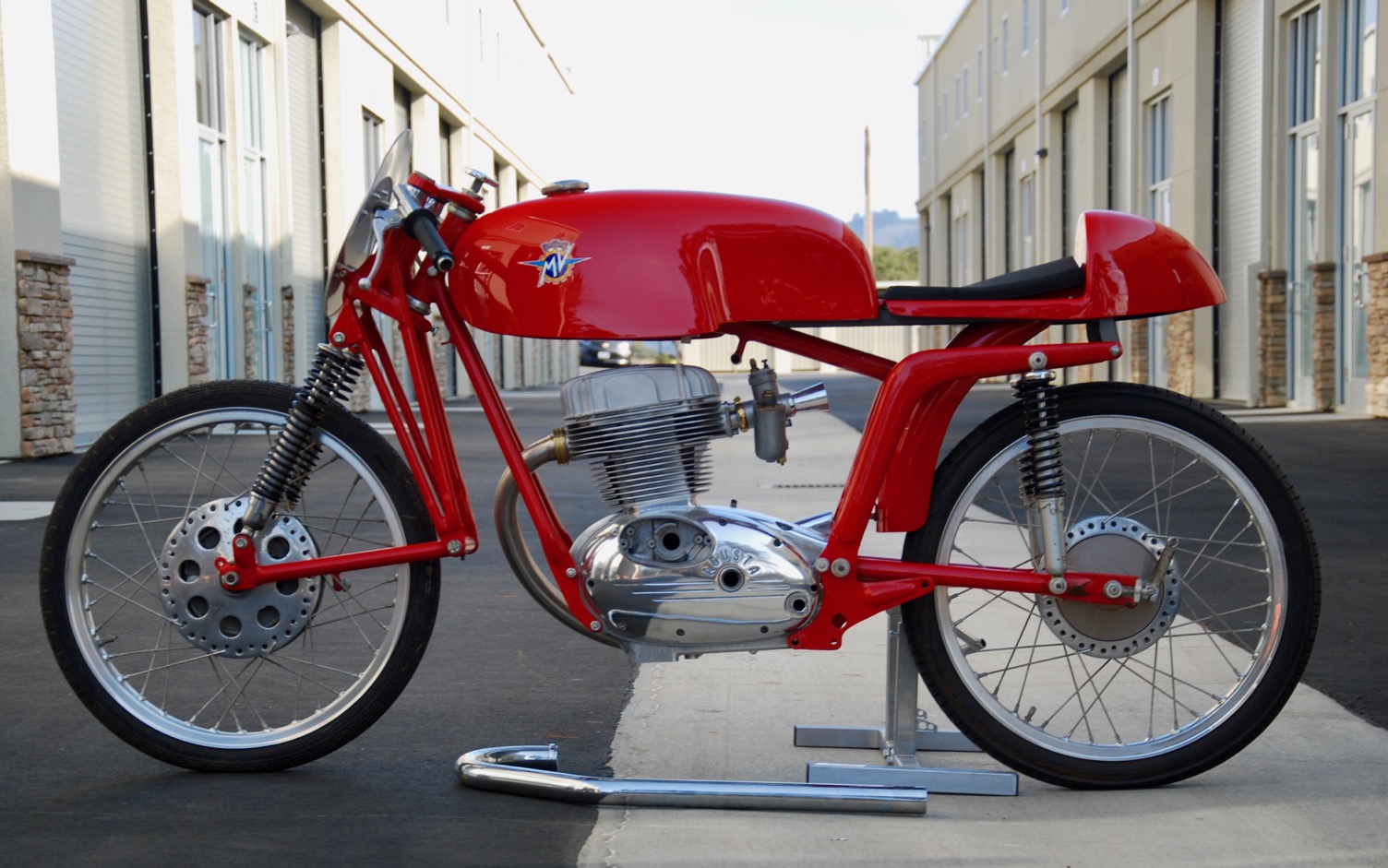 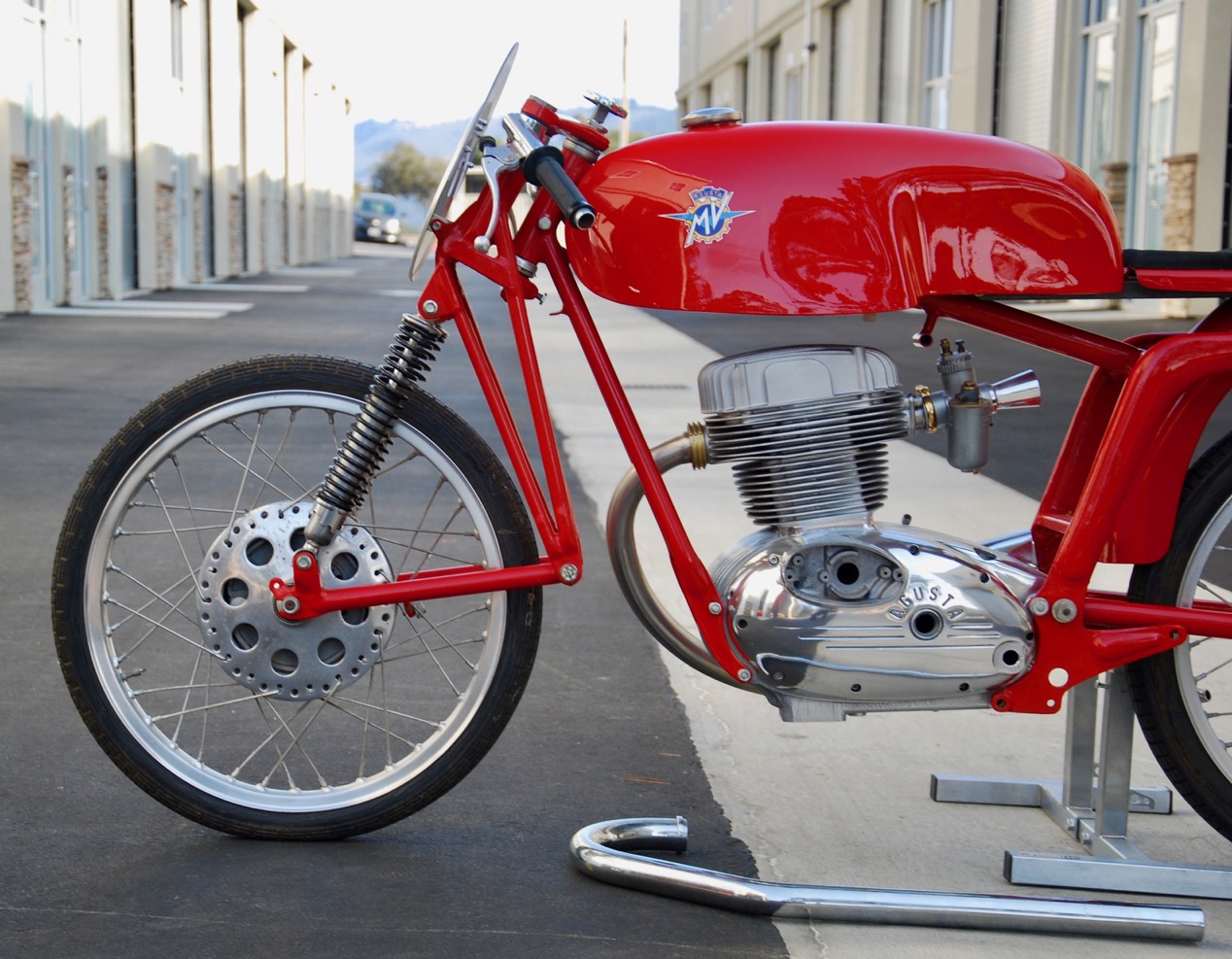 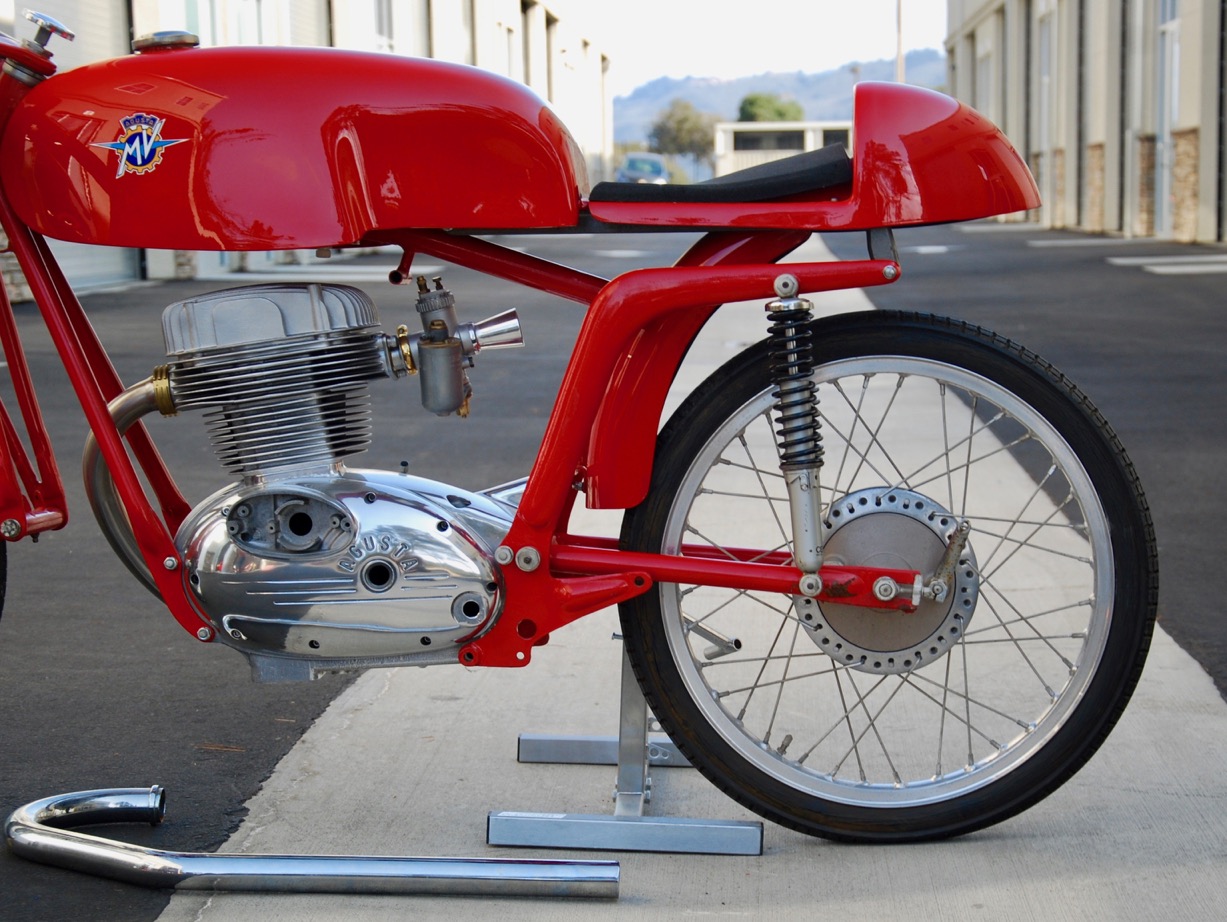 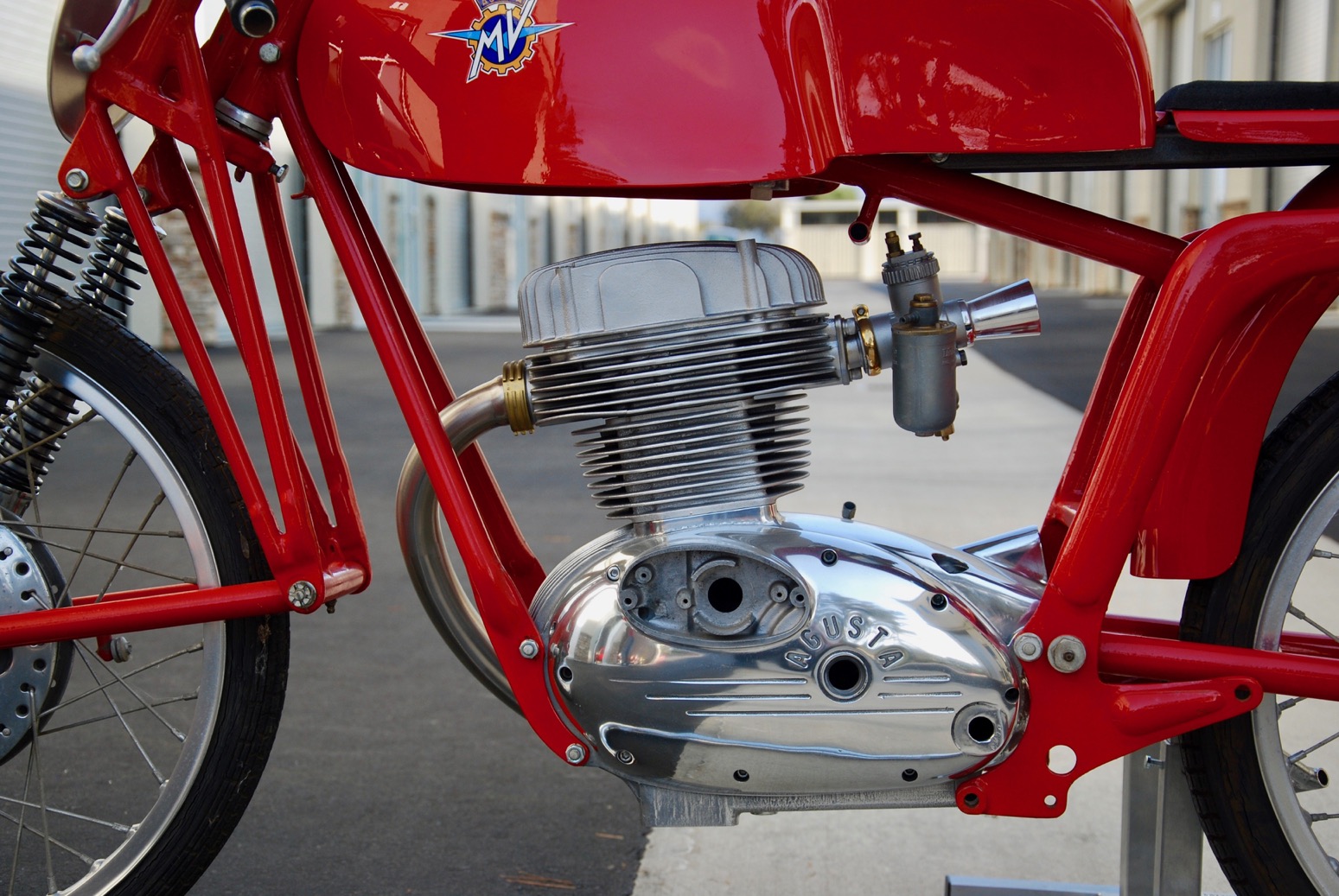 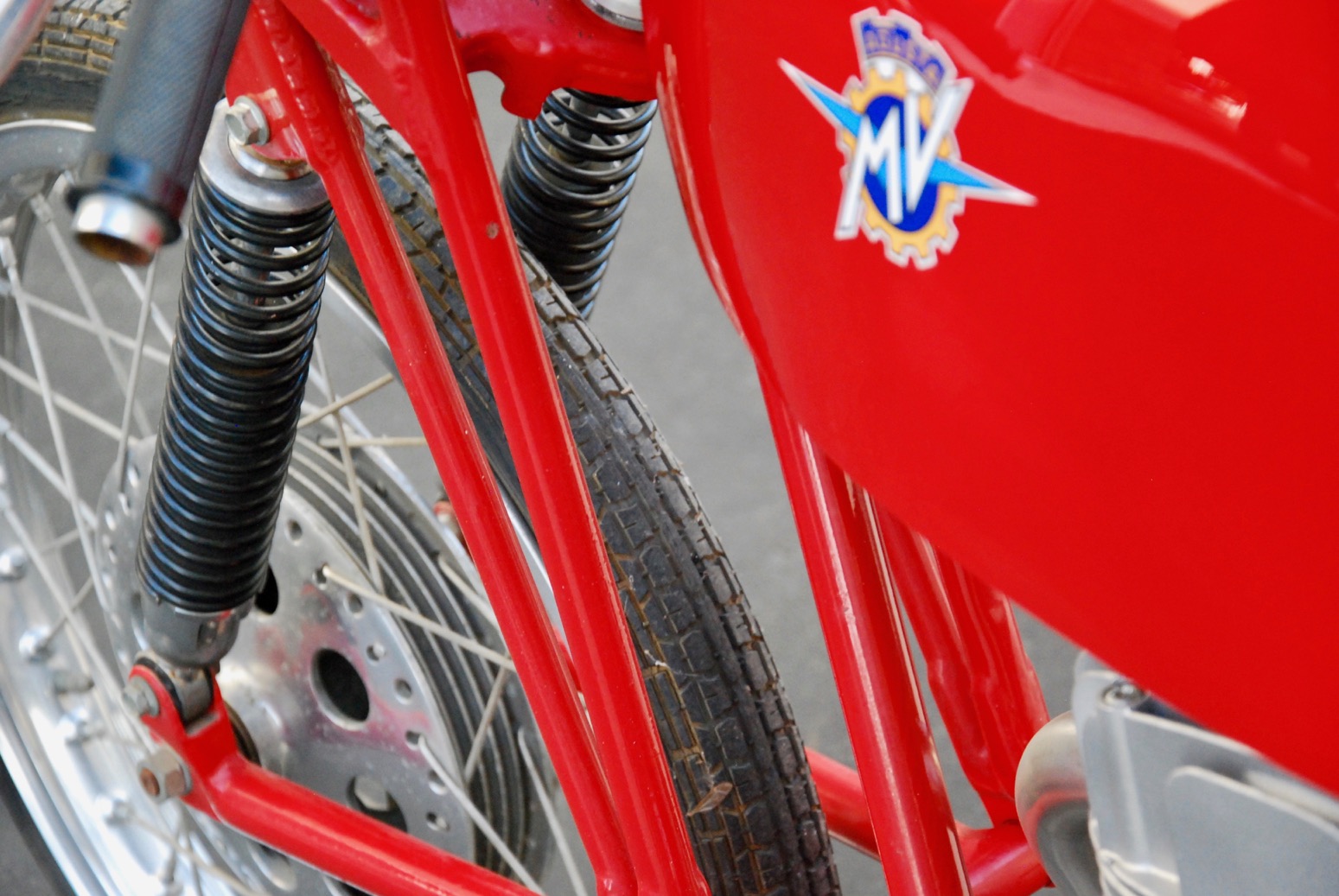 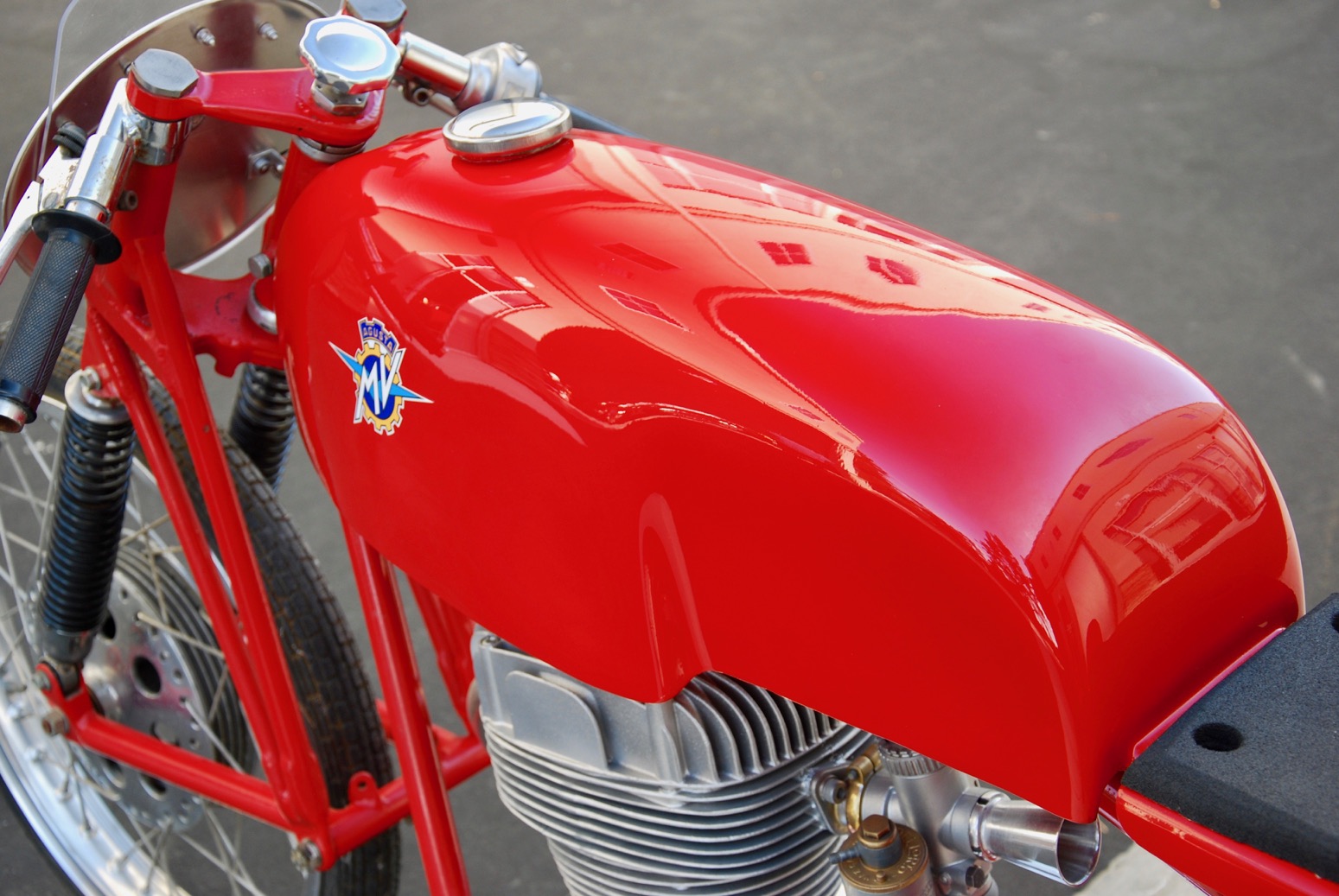 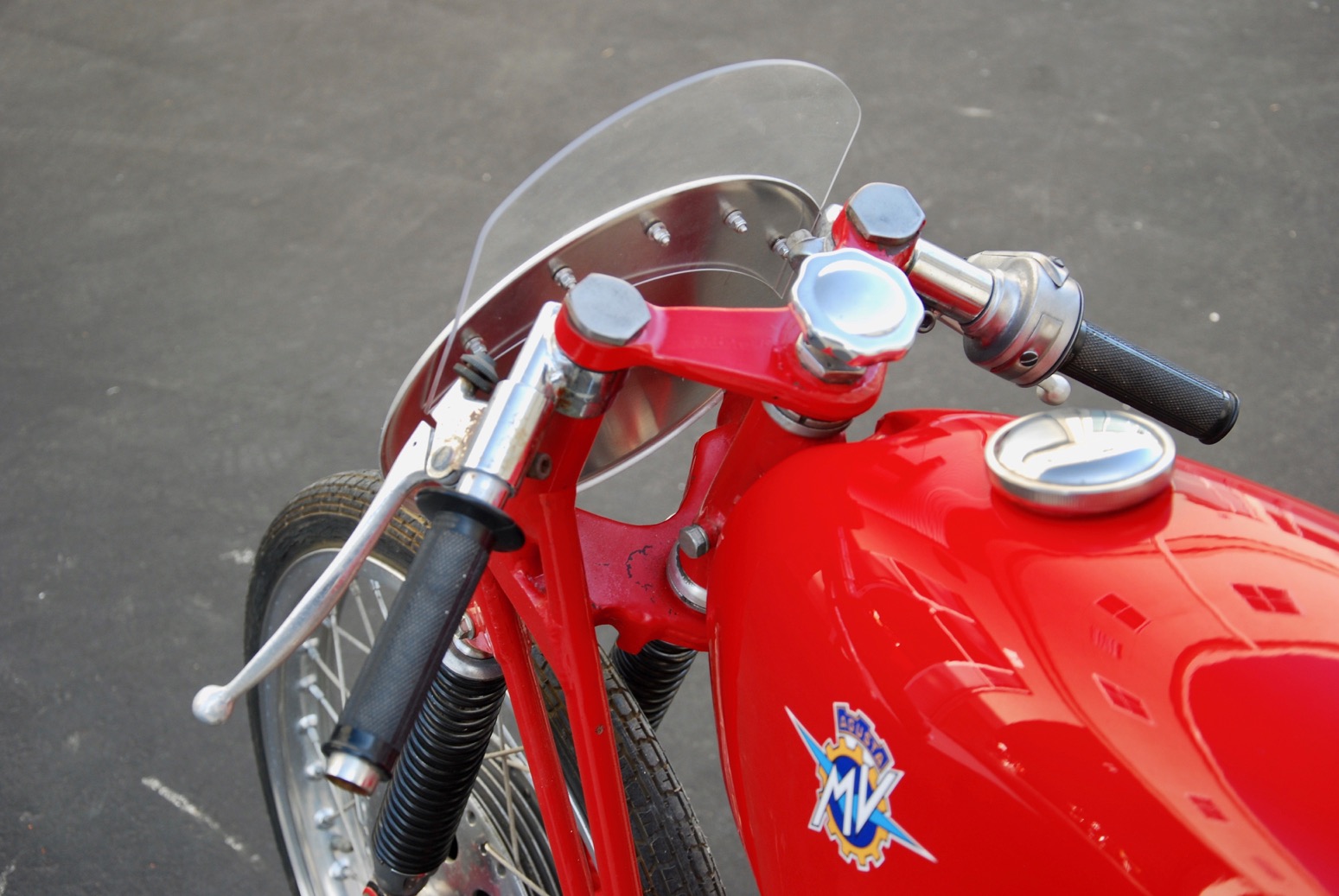 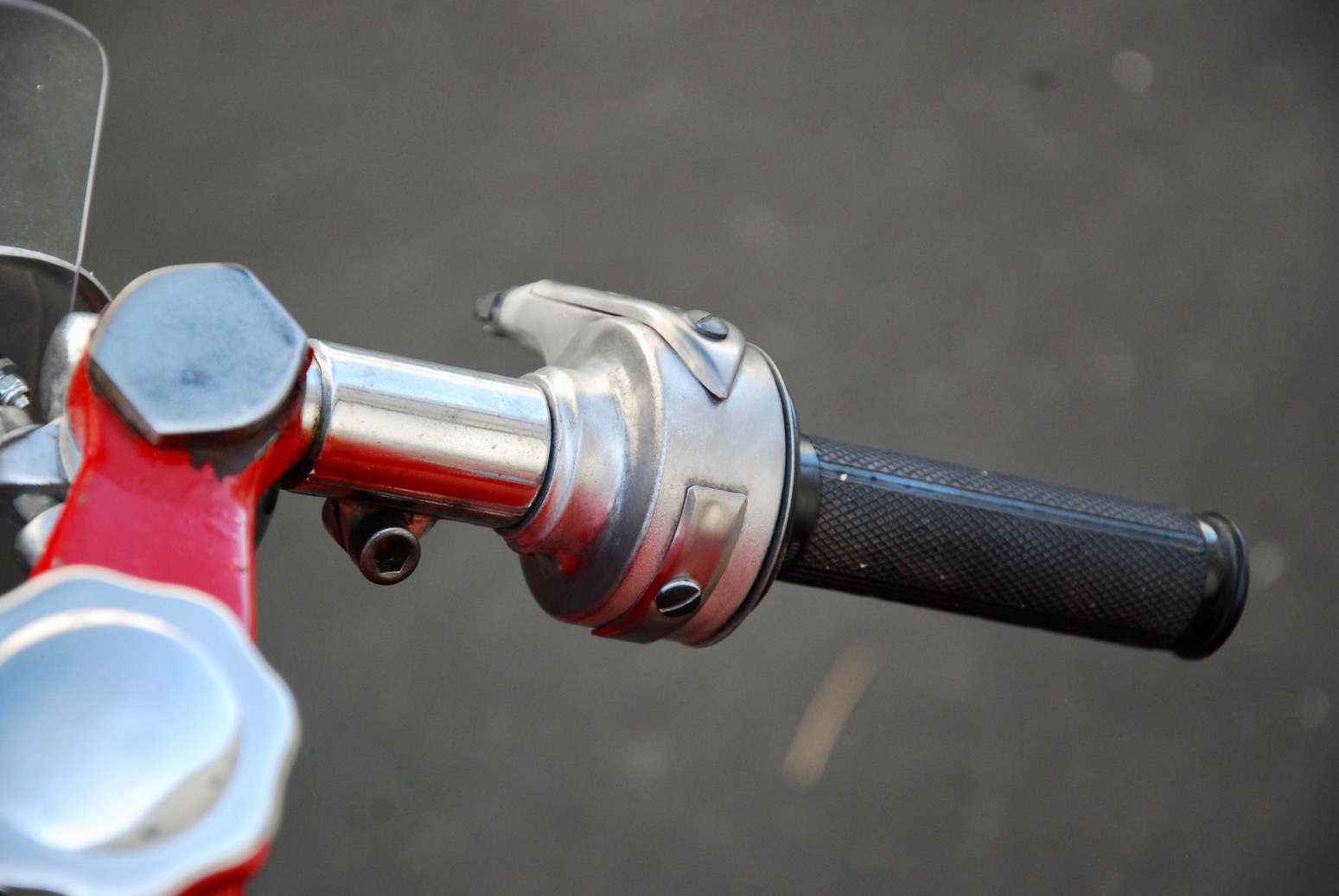 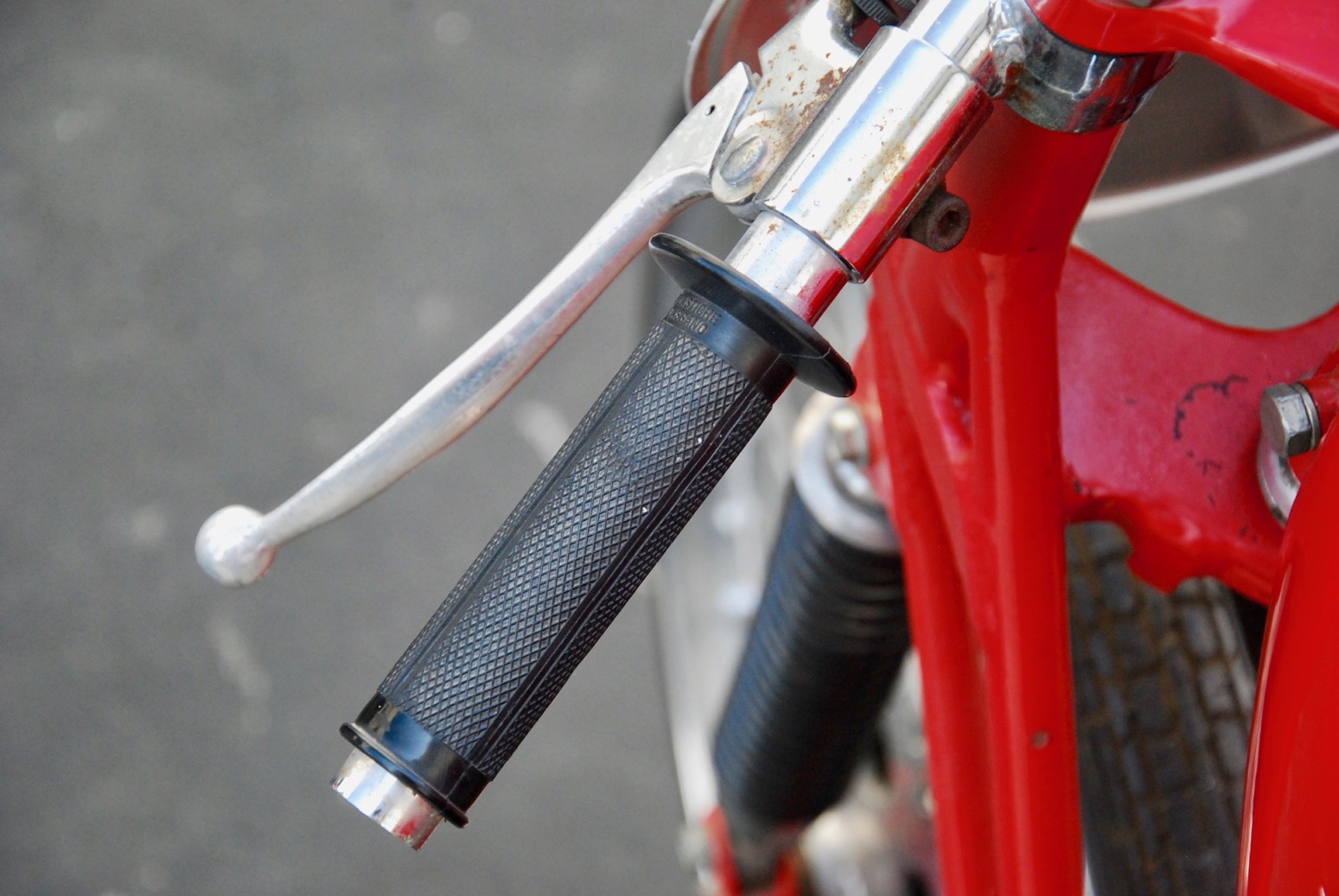 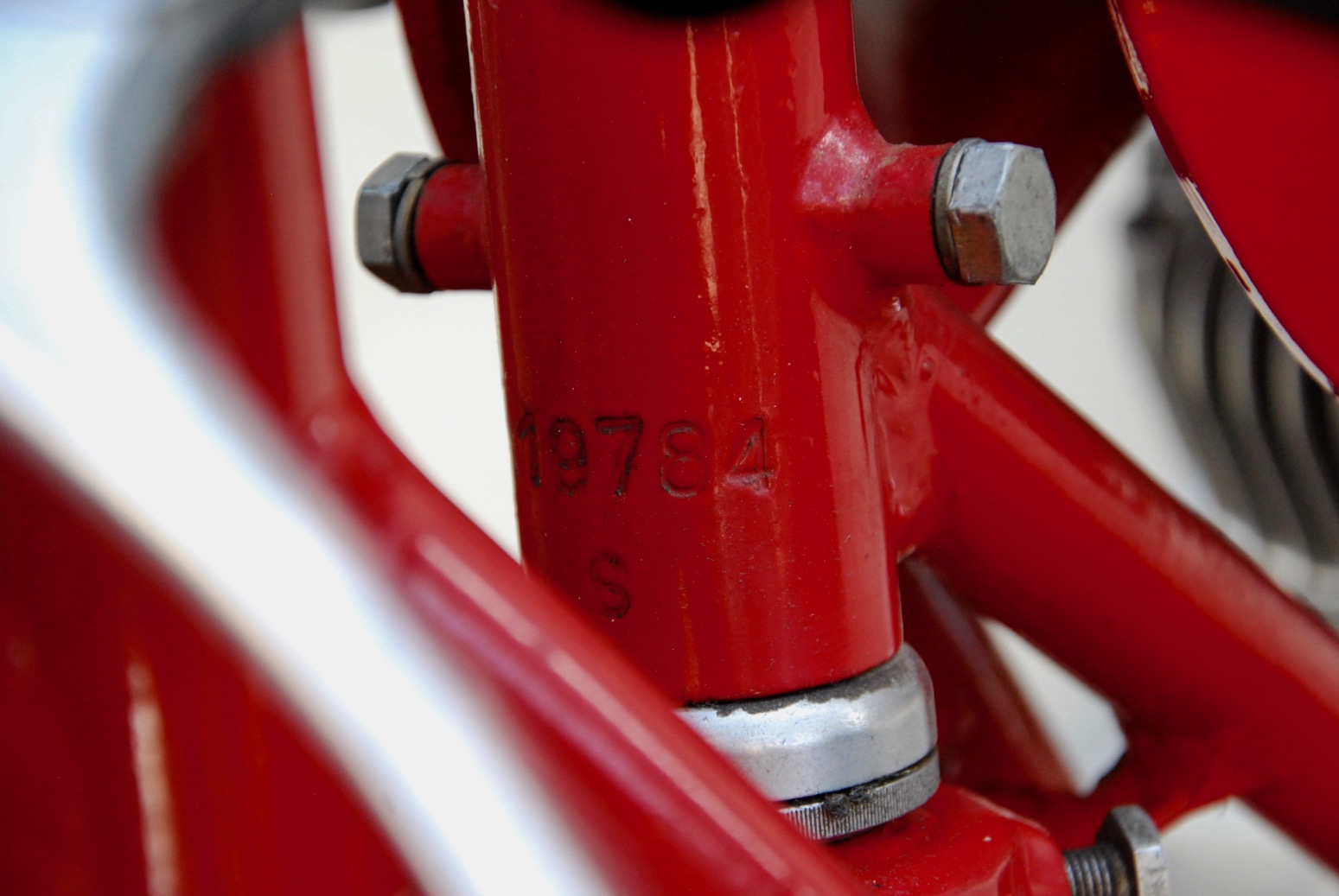 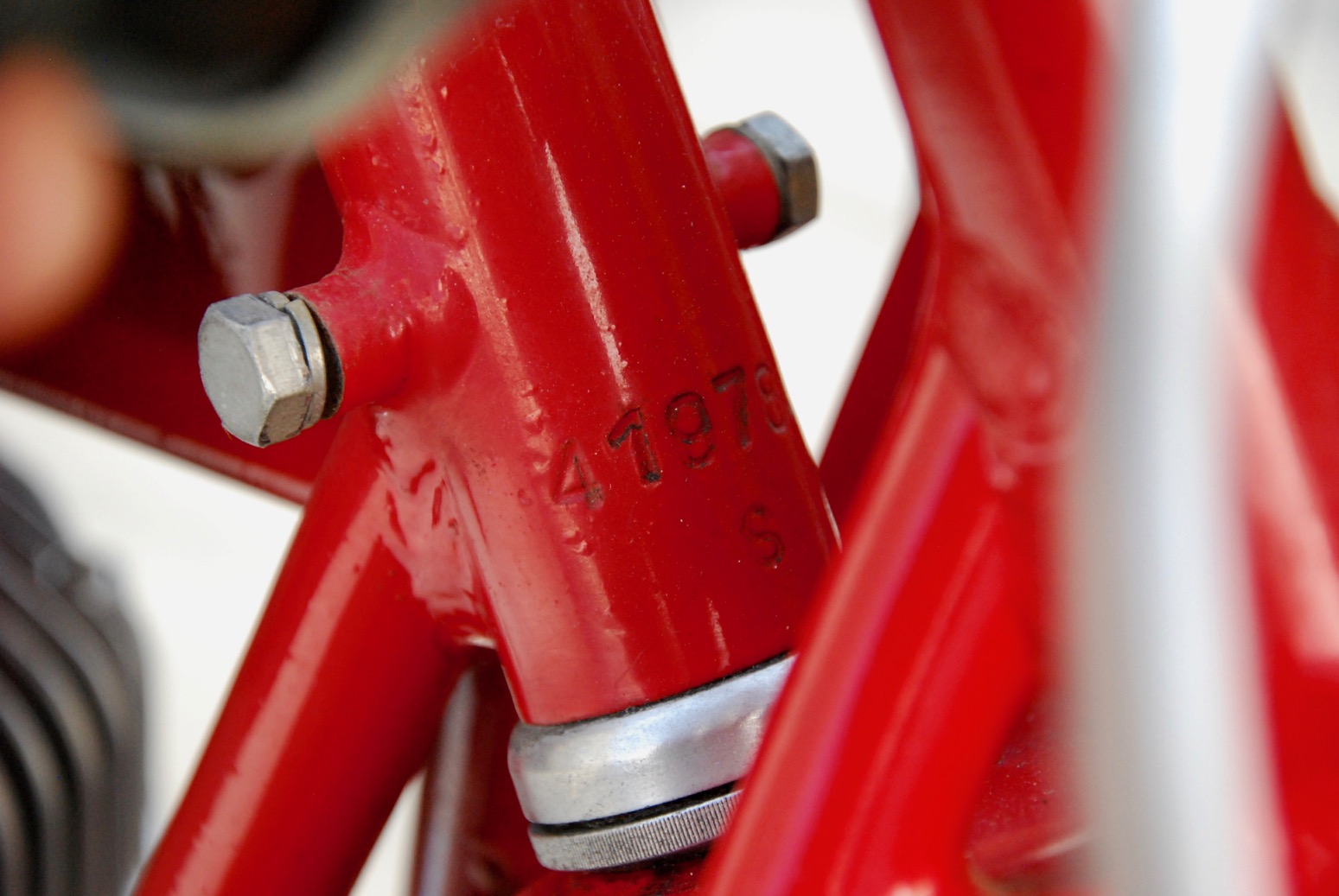 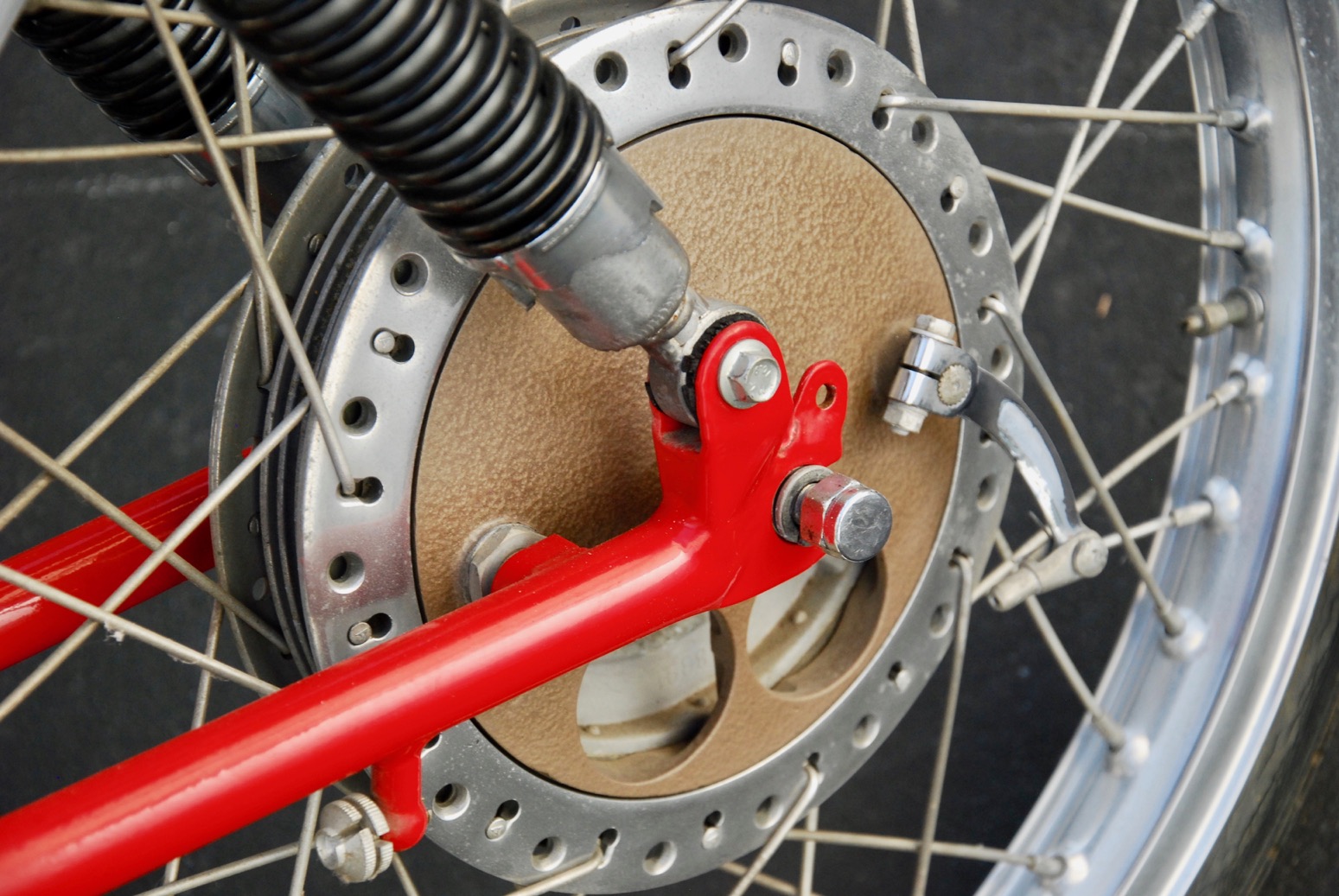