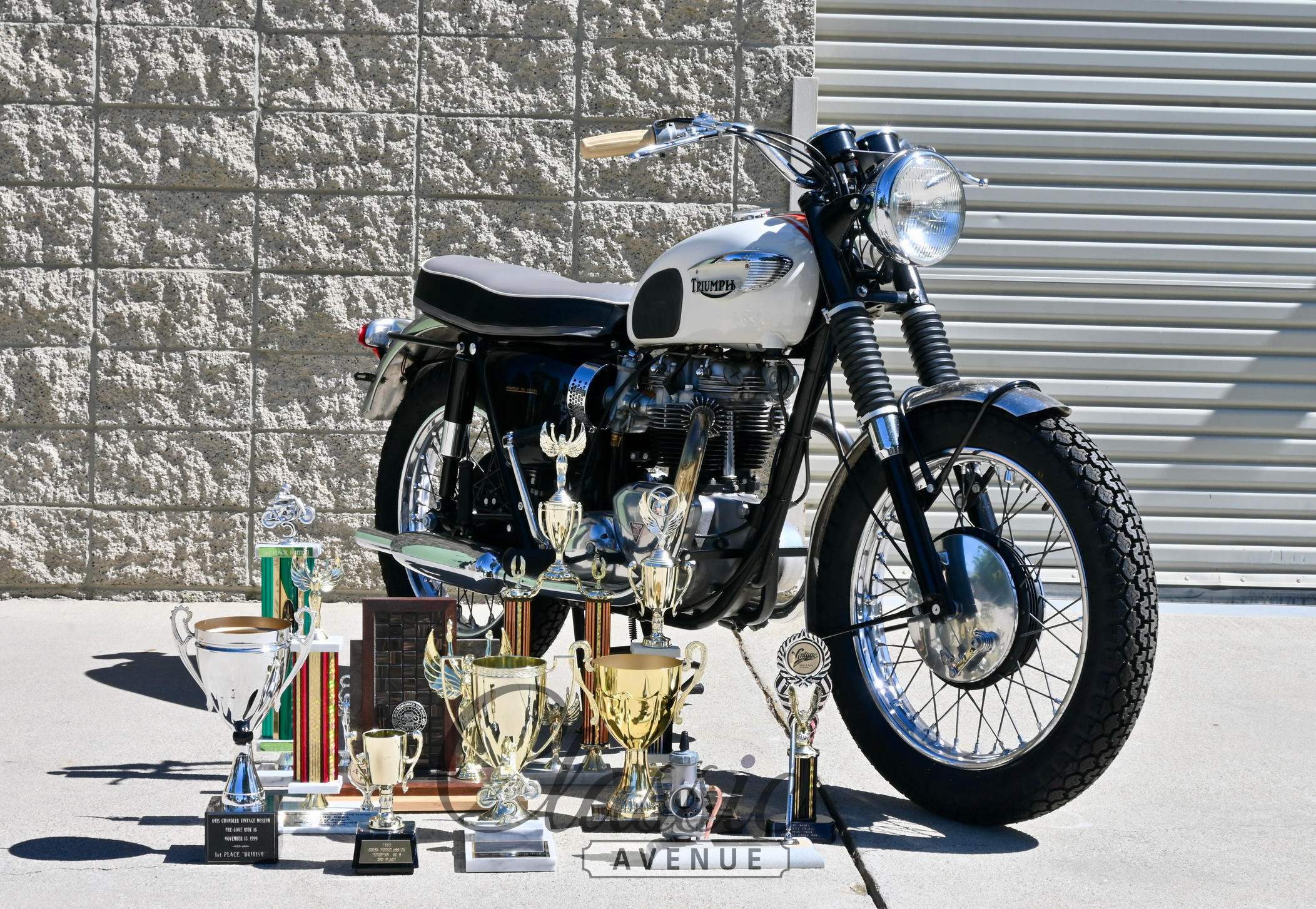 Post-World War II, Triumph’s larger twins remained recognizably similar to the first Speed Twin of 1938. But as the 1960s dawned, unitary construction of engine and gearbox, already a feature of the 350 and 500 twins, was applied to the 650s, launching in the 1963 model year. The café racer’s favourite since its launch, thanks to lusty acceleration and a top speed approaching 120mph, the Bonneville continued in this new form as Triumph’s top-of-the-range sportster. Adjustments to frame design and general specifications over the years, included standardized 12-volt electrics, shuttle-valve fork internals, independently adjustable ignition points, Amal Concentric carburettors and a long overdue twin-leading-shoe front brake. The Bonnie continued essentially unchanged, before the launch of the ‘oil-in-frame’ models in 1970.

The 1966 Triumph 650cc T120R Bonneville offered here was originally purchased from Bud Ekins Triumph in Los Angeles. The subject to a meticulous nut and bolt, ground up restoration in the mid-1990s, the bike has been campaigned through the southwest’s concours d’elegance circuit with substantial success. The trophies and awards attained and to accompany the sale include:

The quality of the restoration is most evident in the still exquisite presentation after nearly 30 years. The Alaskan White with Grenadier Red racing strip paintwork on the tank is still superb with great luster and shine. The finish on the frame and all cycle parts is equally good. The bare metal parts are polished to show quality. The fenders are polished, and the bike retains some lovely original features like the grey top seat, off-white handlebar grips, the ignition key and the steering lock key mechanism complete with keyhole cover.

However, the bike was built to be ridden, with a fully rebuilt engine from the sludge traps up, and overhauled gearbox and all cycle parts. The bike still starts easily and with strong, responsive power is a pleasure to ride.