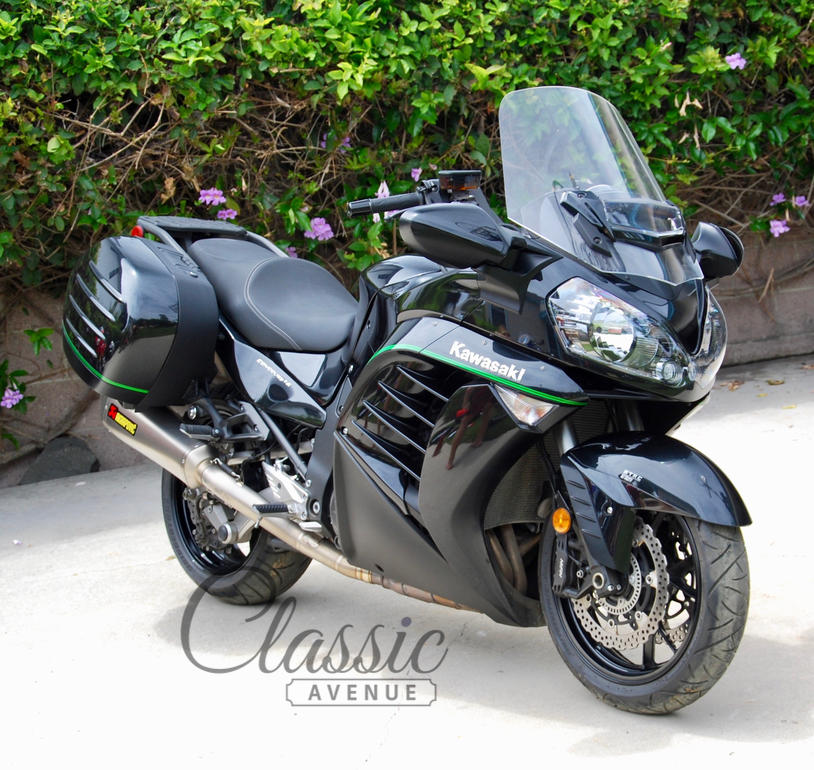 When the tour needs a bit more thrill a sport-tourer comes to the rescue, one such as the 2020 Kawasaki Concours 14. With its Ninja blood running deep—from the monocoque aluminum frame to the 1,352cc engine—the Concours will navigate through highway and city traffic and demonstrate its athletic capabilities on the canyon roads. The riding position is more relaxed and upright compared to its ZX-14R compadre. Kawasaki says the handlebars are four inches higher and further back than the sportbike. Rider aids include traction control and Kawasaki’s K-ACT ABS system (a linked brake system that distributes the ideal brake force to front and rear calipers during braking). Heated grips, locking storage, standard hard luggage, adjustable windscreen, and even small details like keyless ignition and a power outlet make this ride tour ready.

Aside from putting a few Cycle World Ten Best awards into its trophy case (see 2008, 2009, and 2010 Best Sport-Tourer excerpts) for its smooth performance, versatility, and handling, it also received praise in a 2015 review for its excellent comfort, predictable braking, and its reasonable MSRP (which has only increased by $100 since 2015).

An avid motorcyclist off the screen, the McGregor collection is dynamic and varied and everything gets ridden. Ewan purchased this Concours 14 new with only 3 delivery miles on the odometer. Now, with only 2,083 miles on the clock, it is ready for the next custodian. Offered in excellent condition throughout, the bike starts and runs perfectly, shifts through all gears flawlessly, while brakes and suspension work as designed. All electrical systems operate perfectly, including heated grips and the electrically adjusted windshield. The Akrapovic exhaust is the only diversion from standard and adds a nice, throaty tone. Cosmetically, the bike is as good as it rides.

This phenomenal grand tourer, with standard hard saddlebags comes complete with owner’s manual, all keys and a clean, clear title in Ewan McGregor’s name. An autographed poster accompanies the sale.