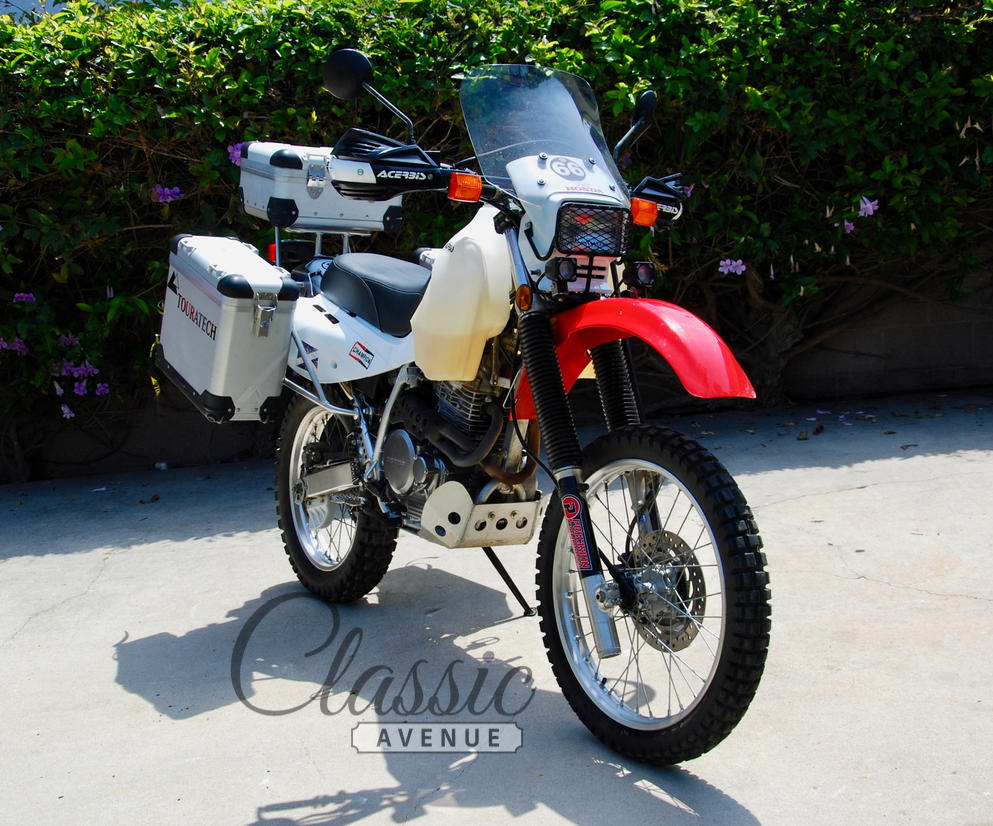 An avid motorcyclist off the screen, the McGregor collection is dynamic and varied and everything gets ridden. Ewan built this XR650 as a lightweight version of the BMW GS he and pal Charlie are so closely associated with. Big desert tank, steering damper, hard shell Touratech luggage, auxiliary lighting, touring seat, sump plate and protective grills have turned this in to the ultimate XR for just about any terrain the planet can offer.

Purchased new by McGregor with only 3 delivery miles on the odometer, the bike has been used sparingly, mostly around his Southern California ranch. Now, with only 524 miles on the clock, it is ready for the next custodian. In generally excellent condition throughout with only minor blemished conducive with the use it has seen.

Ewan and Charlie built the XR while preparing for Long Way Up, and it is featured in the opening scenes of episode 1 (screenshots below), in which a small fire broke out in the air filter! No harm done and a new air filter was installed.