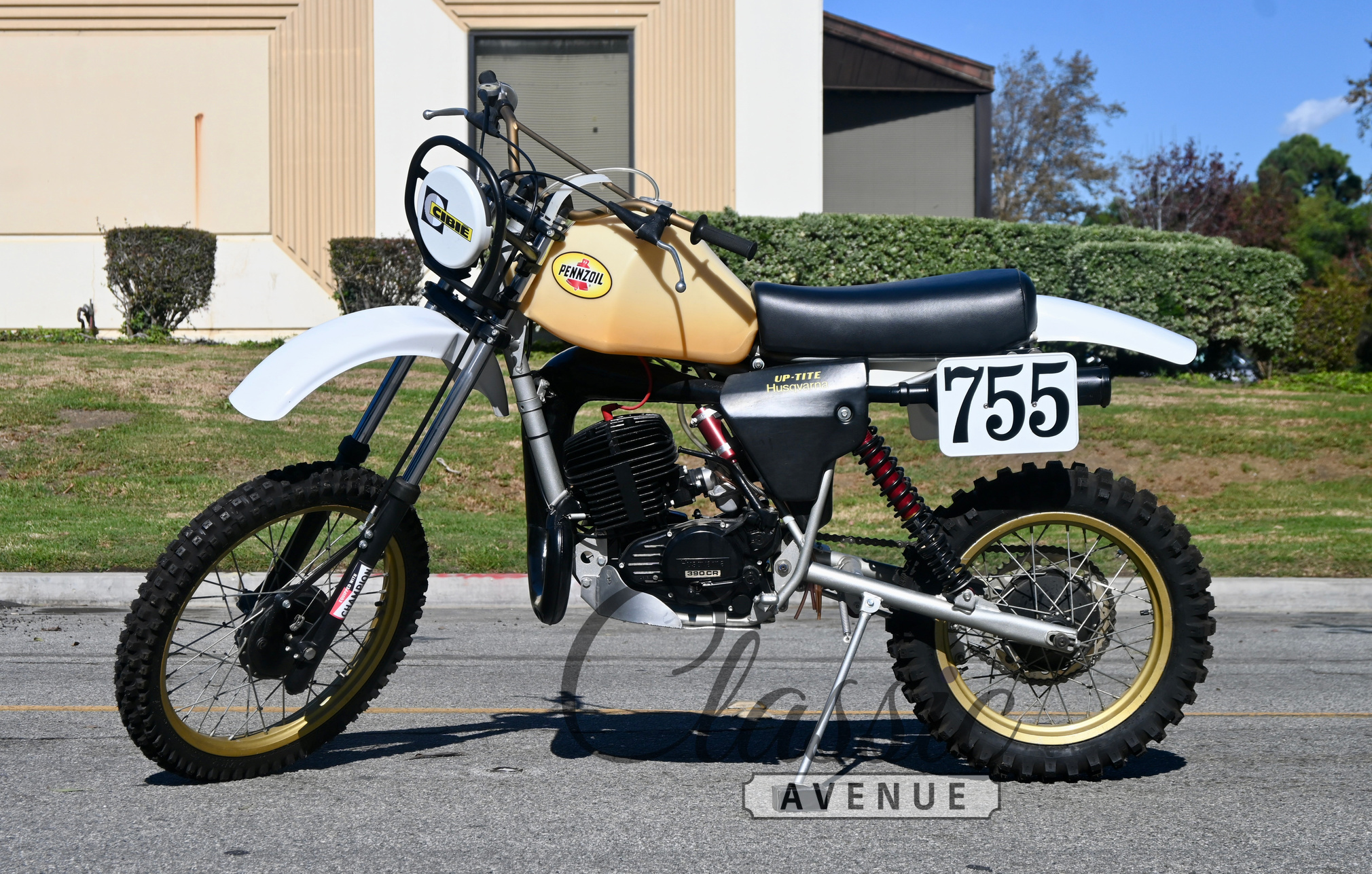 For 1979, Husqvarna made a lot of changes to the 390CR. Starting with the frame, so many changes were made, it was to all intents and purposes, a new chassis. Reduced width of the chrome-molybdenum tubing helped trim weight, while an extra backbone tube for added rigidity. The swingarm is 10mm wider and the straighter design assists rigidity and its mounting aids chain tension. Head angle changed very little to 30.5 degrees. With Öhlins suspension, this very capable machine offers nearly a foot of suspension travel and over 13” of ground clearance.

However, the seat height of 38” brought the center of gravity up to stratospheric levels. A less skilled motocrosser found the bike a bit of a handful, but with a more forgiving power band than its predecessor, the 37bhp delivers an impressively fast 248-pound, 2-stroke machine in the hands of a more experienced rider.

HUSKY WINS IT ALL IN BAJA

Husqvarna domination of Baja races continued in the 1979 Baja 1000, with the Swedish make taking all five motorcycle classes and the overall win as well. Larry Roeseler and Jack Johnson teamed up on a Husqvarna 390 to take the overall win, finishing one hour, 21 minutes ahead of the next bike, another 390 Husky ridden by Scot Harden and Brent Wallingsford. Husqvarna also won the 250cc class 21 with Rick Finger and Jeff Kaplan and the 125cc class 20 with Scott Coutts and Scott Pfeiffer.

Smith first raced in 1956 atop a 1949 Matchless 500cc motorcycle. He went on to win eight gold medals between 1966 and 1976 in motorcycling’s off-road Olympics, the International Six Day Trial. He is also a 6-time winner of the Baja 1000 (three times in a car, three times on 2-wheels), a 4-time winner of the Baja 500; has twice won the Mint 400 in Nevada and the Roof of Africa Rallye; participated in the Paris Dakar Rally twice; and was the overall winner of the Atlas Rallye in the mountains of Morocco. His chosen steed was from Husqvarna.

The 1979 Husqvarna 390CR on offer here is that very machine, raced to open class victory for the over 38-year-old class in the hands of Rod Gilliland and Zane Prather, prepared by Malcolm Smith for the race, as denoted by the MS stamping on the engine (photographed). Kept by Gilliland after the race, it was kept in his Palm Springs home, on static display since. Purchased a couple of years ago by our vendor, the bike remained on static display, taking pride of place among a substantial collection of vintage off-road machines.

The bike is offered in excellent, but as-raced condition, detailed post-Baja, removing the Baja desert, but no further renovation. It is accompanied by the helmet used in the race by Gilliland and a Husky sign.