Historian Ian Fallon wrote of the series, “The diminutive TT2 and TT1 were among the finest of all catalog Ducatis. In many ways they epitomized Taglioni’s philosophy of maximum performance through light weight and simplicity. There was nothing superfluous on the TT, with function determining the form of every component”

In Ducati’s ‘post bevel’ race history, Tony Rutter’s amazing run of four consecutive Formula 2 world titles on the 600-class TT2 ranks very high, just below the Smart and Hailwood glories at Imola and the Isle of Man respectively. It was natural then that a larger 750-class TT1 would follow. This was basically a bored-and-stroked version of the TT2 – 88mm bore and a 61.5mm stroke – which took it out to 748cc. The Verlicchi swingarm was spread to accommodate a wider rear wheel, a move that also necessitated an offset countershaft sprocket to clear the wider-section rubber. At about 130kg (286.3lb) dry, it was very light. A striking red-and-blue paint scheme differentiated the TT1 from the TT2. While the TT1 did enjoy some success in endurance and Formula 1 racing, placed well in the American Battle of the Twins series, and won the Italian F1 championship, it never quite reached the dizzying heights of its 600cc predecessor. A total of perhaps 60 TT1s were built. As such they are among the rarest, most collectible of Ducati road racing bikes, and still rank among the company’s most beautiful creations. They are the ultimate extension of the belt-drive Pantah design, and bear the fingerprint of the great Fabio Taglioni, his last involvement with a Ducati racer. The TT1 is also important because the riding public’s clamoring for a road-going replica led to the F1 series, which helped upright Ducati’s financial ship and set the stage for a whole raft of race replicas to come.

A period correct TT1, believed to have been built at the NCR factory, it was restored by Althea Racing Team mechanic, M. Tulli. It has neither a Verlicchi frame number nor factory engine number, perhaps because TT1s produced by NCR for privateer race teams outside of the Ducati factory were not assigned such numbers. The engine exudes NCR’s signature build-up to include drilled, polished and lightened straight cut gears, lightened original steel flywheel, and machined and polished cam rockers. Big valves and three ring pistons were regularly used. The clutch basket, although from the later factory dry clutch kit, is lightened as the factory did it (as on 851 models.) The bike was known to, and serviced by, famed tuner Reno Leoni – who tuned for racers such as the late Jimmy Adamo. This bike was raced by ex-Ducati factory rider Oscar LaFerla, as a privateer, in the Italian TT series. Owned for several years on static display in a Southern California collection, this beautiful example of a period correct TT1 in sparkling condition ready for recommissioning or ongoing display. 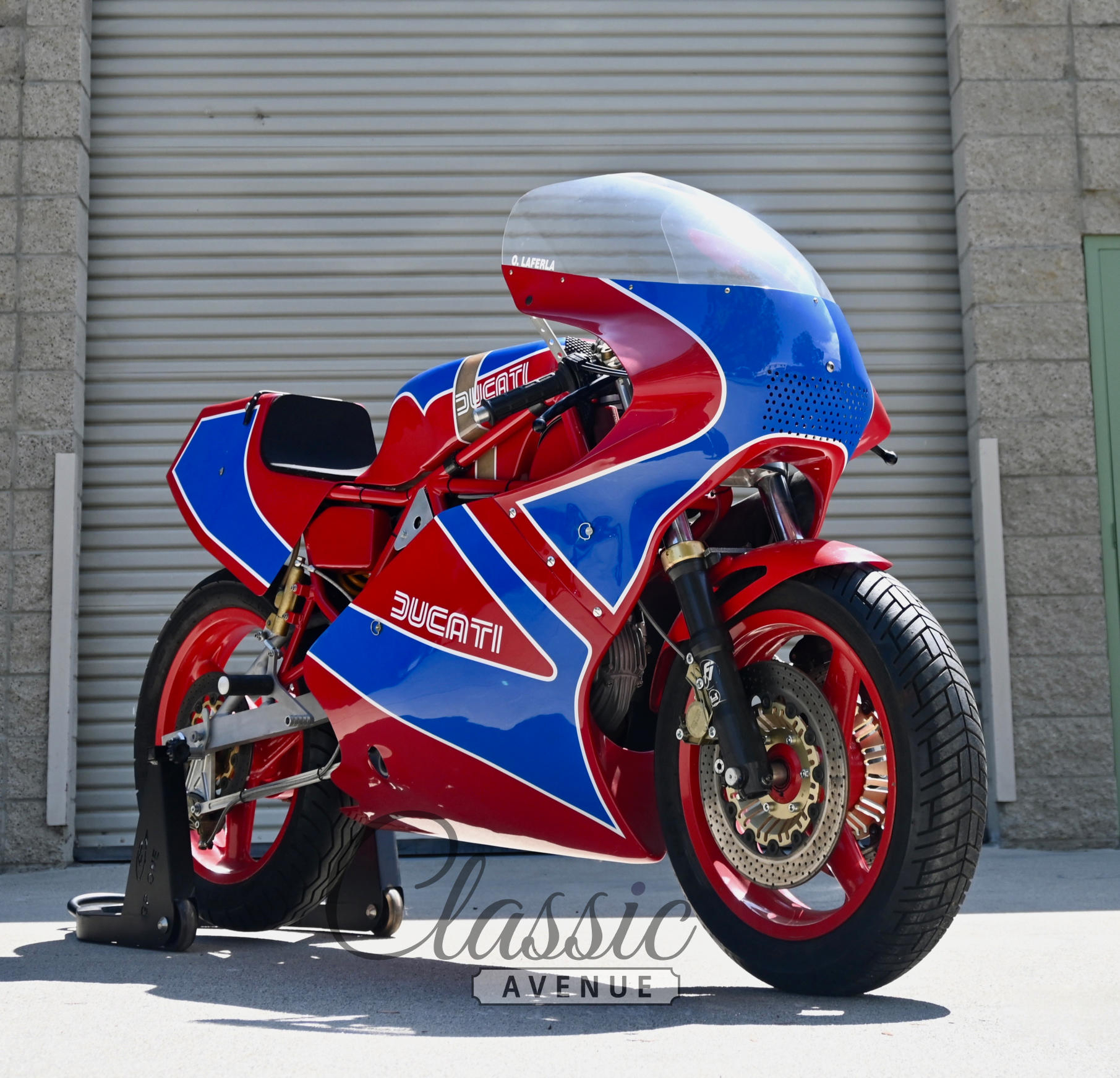 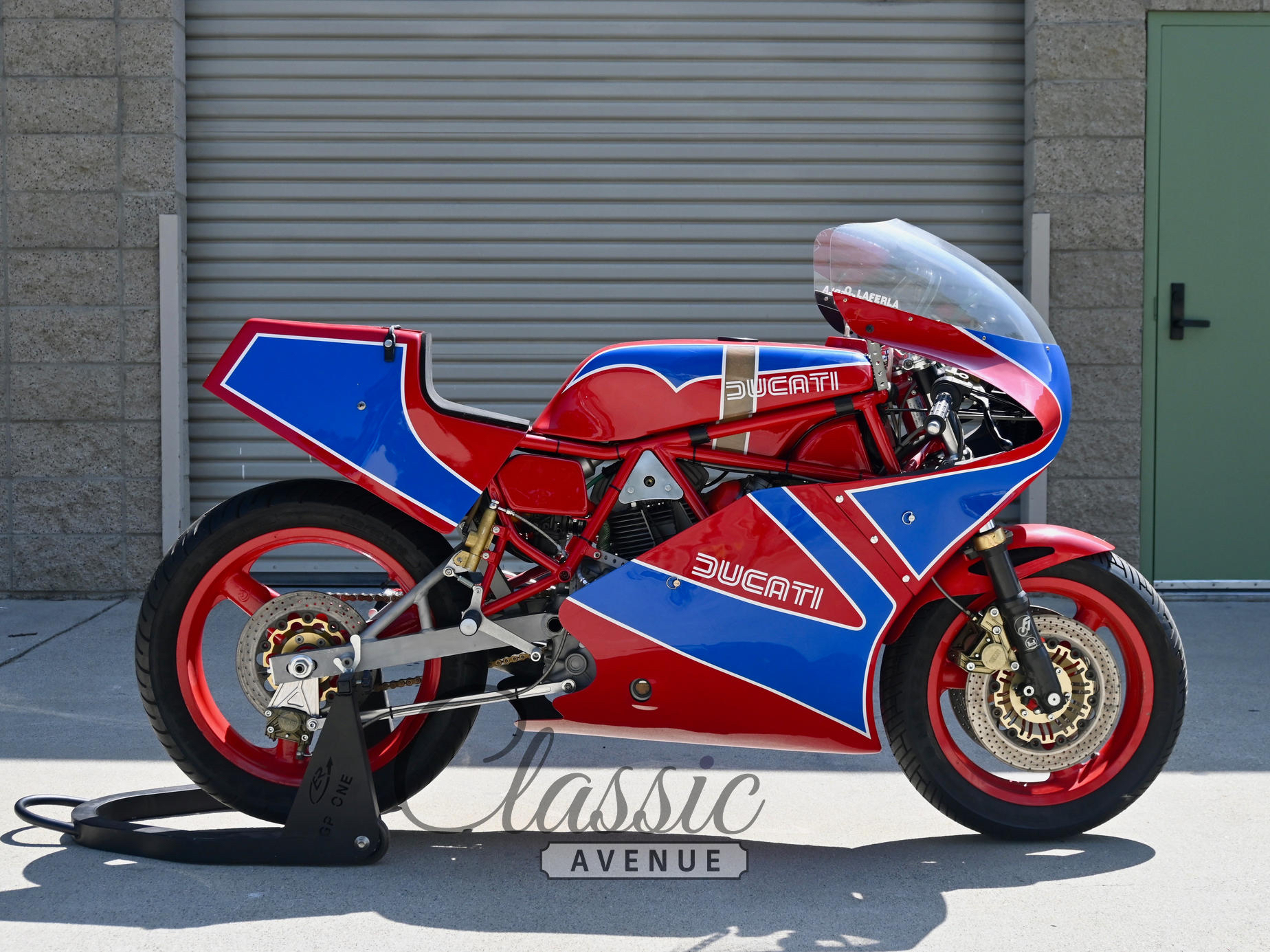 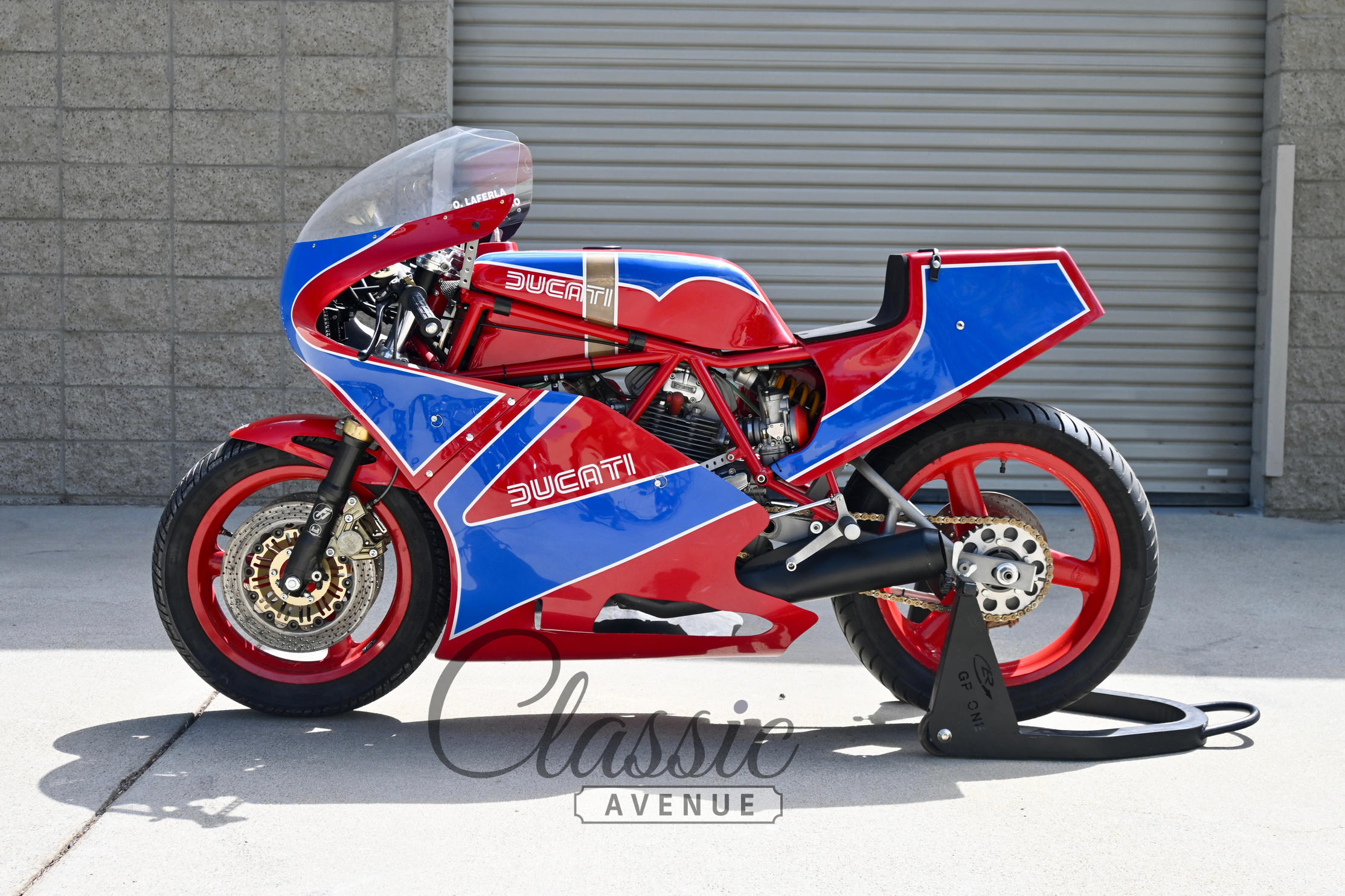