In the mid 1960s, Moto Ducati offered a pair of little 2-stroke fan-cooled singles on the American market called the Cadet and the Mountaineer (outside the US it was the Cacciatore) – the Cadet was a street bike and the Mountaineer (as you can induce from the name) was more of a dual-sport or street-trail bike before the terms were in common usage. Both were available as either a 90cc or 100cc option.

The 90cc (86.7cc to be precise) produced 6 horsepower sufficient to get the 150-pound motorcycle up to a fraction over 50 miles per hour. Maybe. Top speed wasn’t the point, obviously, as it was advertised in the August 1963 issue of American Motorcyclingas being ‘designed and engineered specifically for the sportsman who wants to do a lot of “off the road riding”.’

These early models came with a fan-cooled 2-stroke motor – hot air blown to the left and thus exhaust exiting on the right – paired to a twist grip handlebar gear shift for the 3-speed transmission. For more off-road ability, the Mountaineer had a high pipe exhaust with a decent perforated leg shield, and a rear hub with a choice of two sprockets (already attached) for an option of some real “mountain trail” work.

This 90 is in good, original shape – its patina is a marvel – with only 876 miles on the odometer and just the taillight/license plate bracket needing some attention. Although it has spent some time in storage, the bike appears to have good compression and it should run well after some recommissioning. Any future mountain trail work may require a new set of knobbies!

While Ducati was not much appreciated for its 2-strokes and/or dirt bikes 50 years ago, today it’s different. These delightful little machines – in original shape – are now hopelessly rare. And hopelessly cute. They represent a short-lived series that might be described as “a Ducati for everyman” in the middle of the Golden Era.

Sold on a clean, clear title. 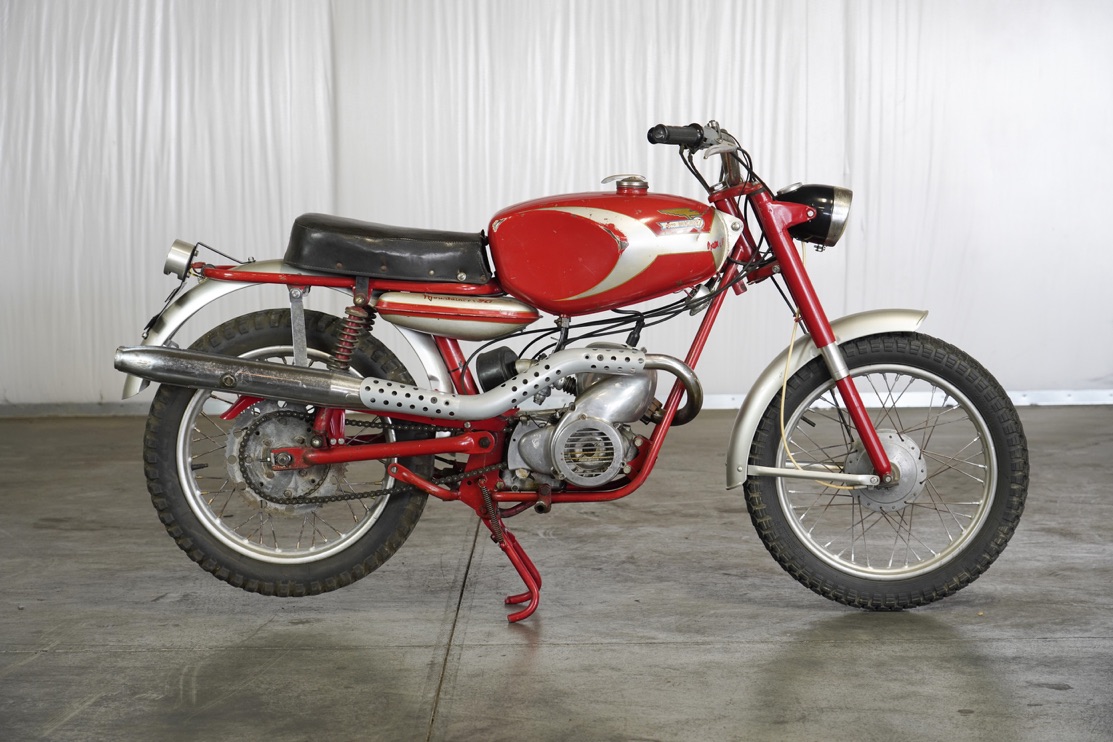 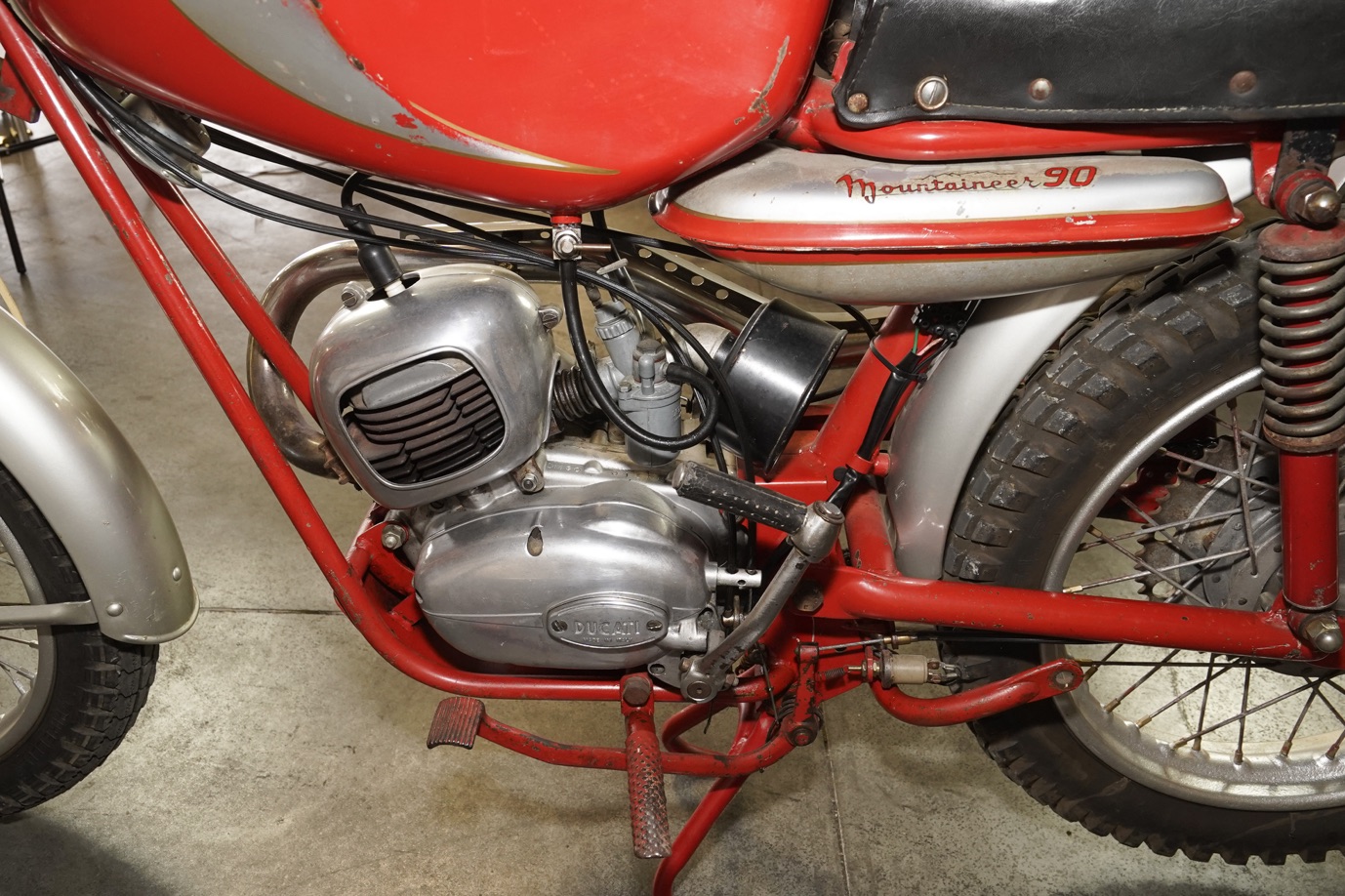 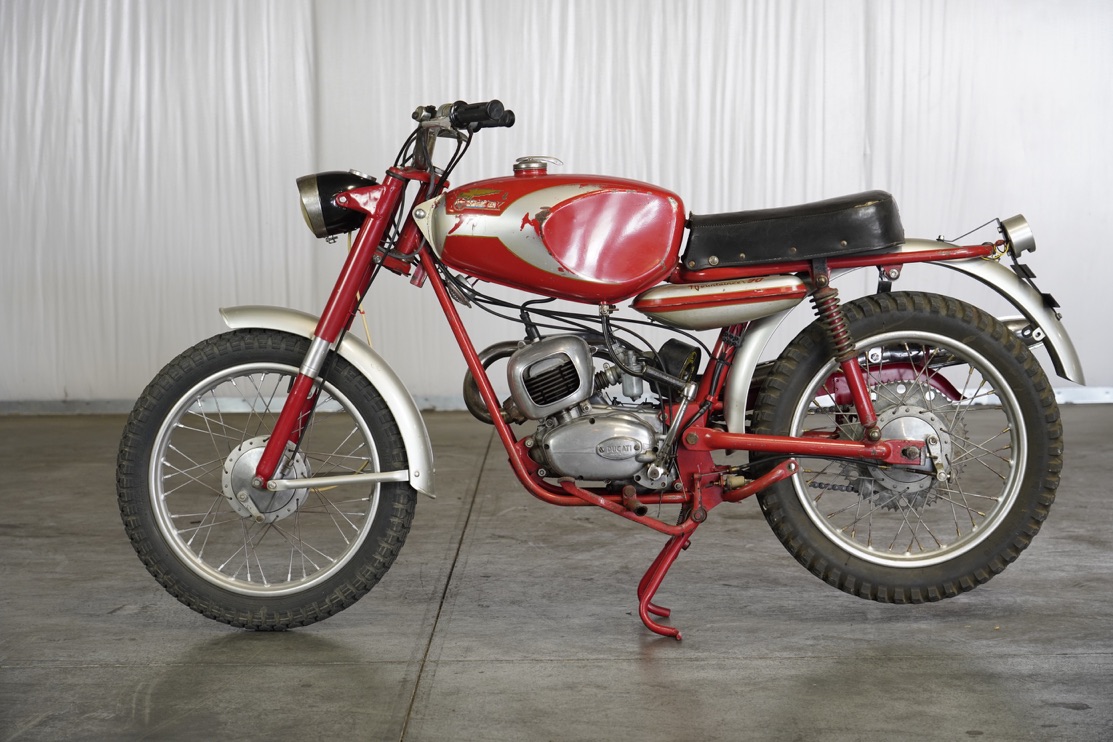 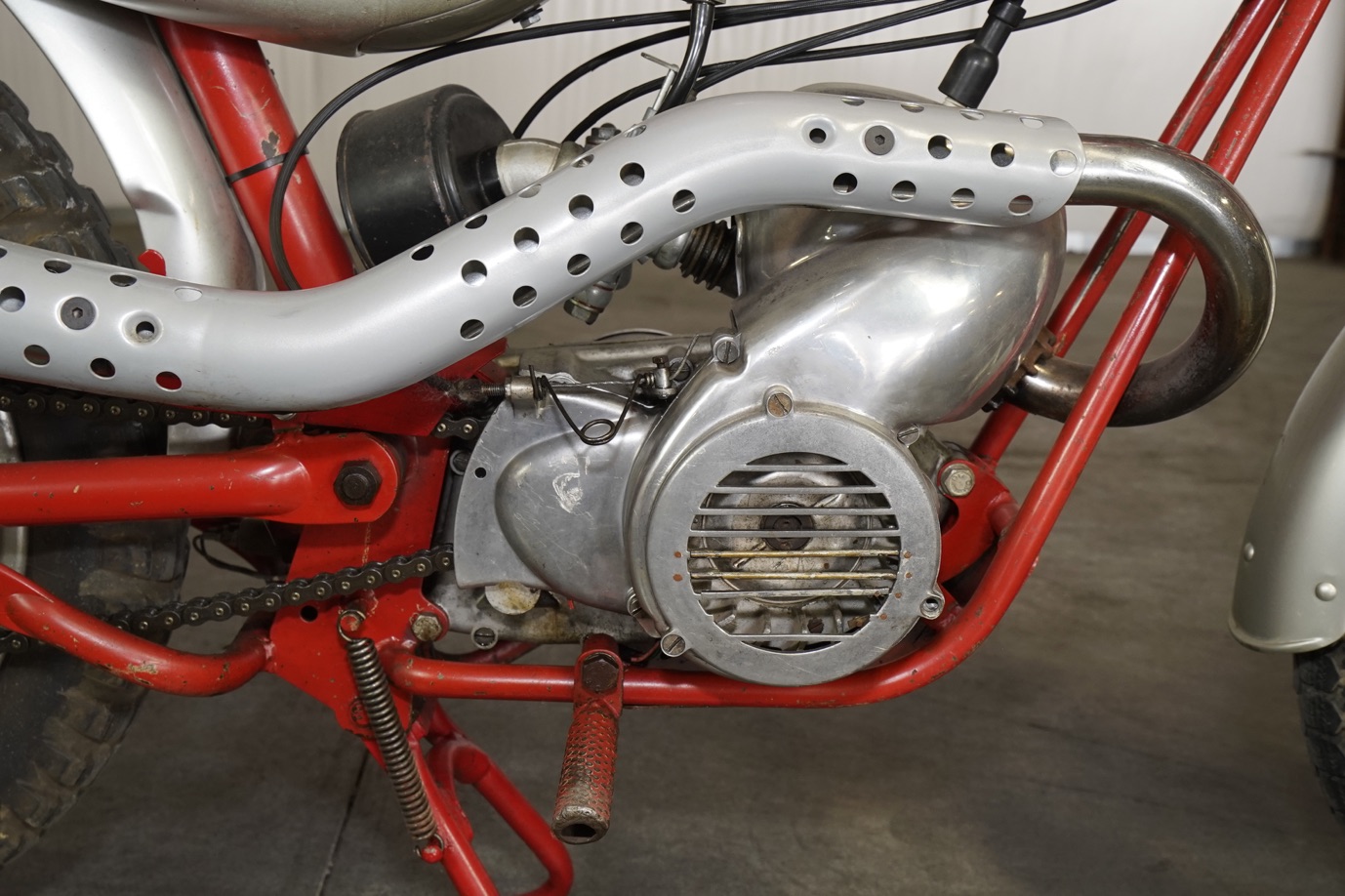 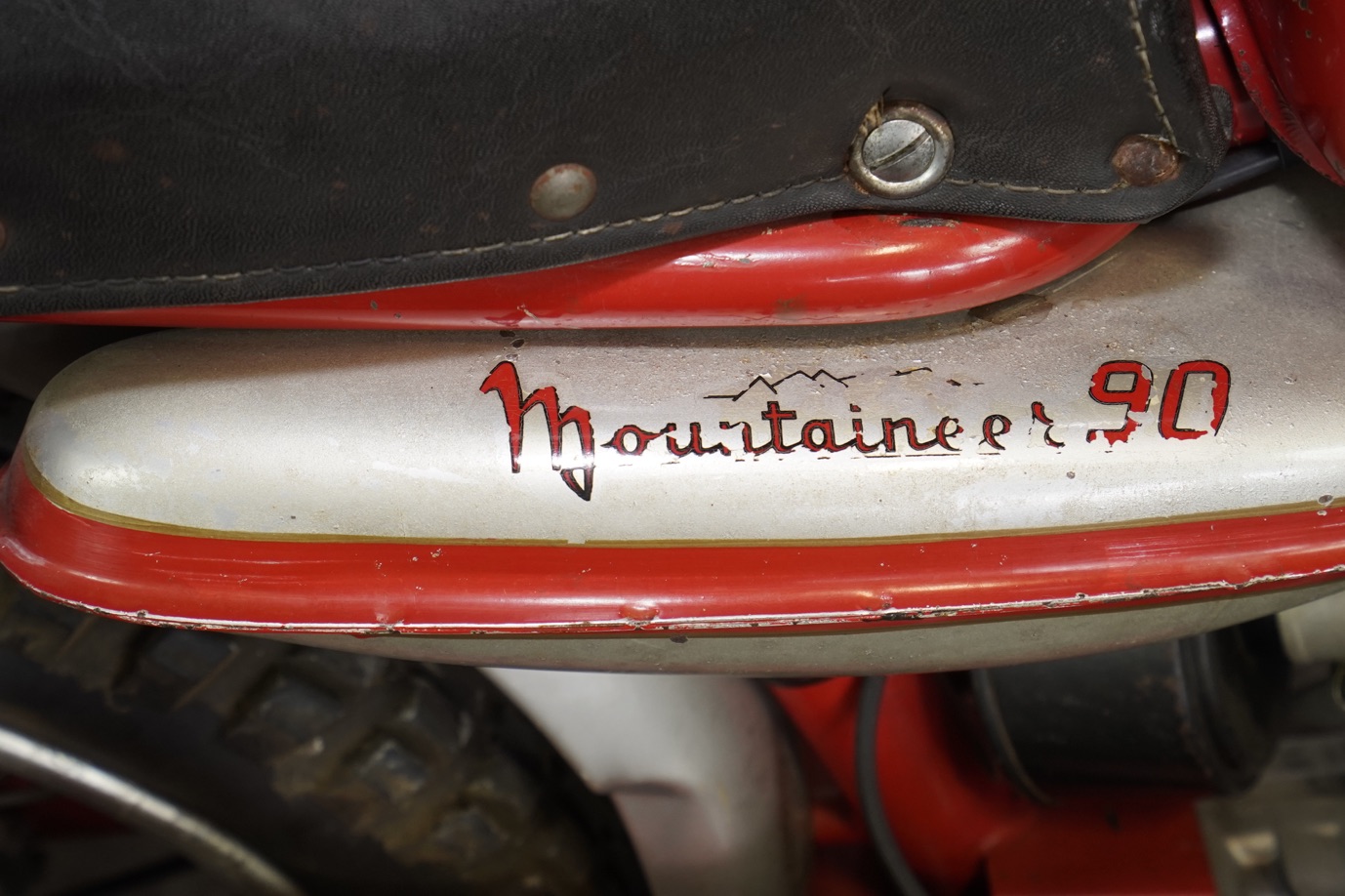 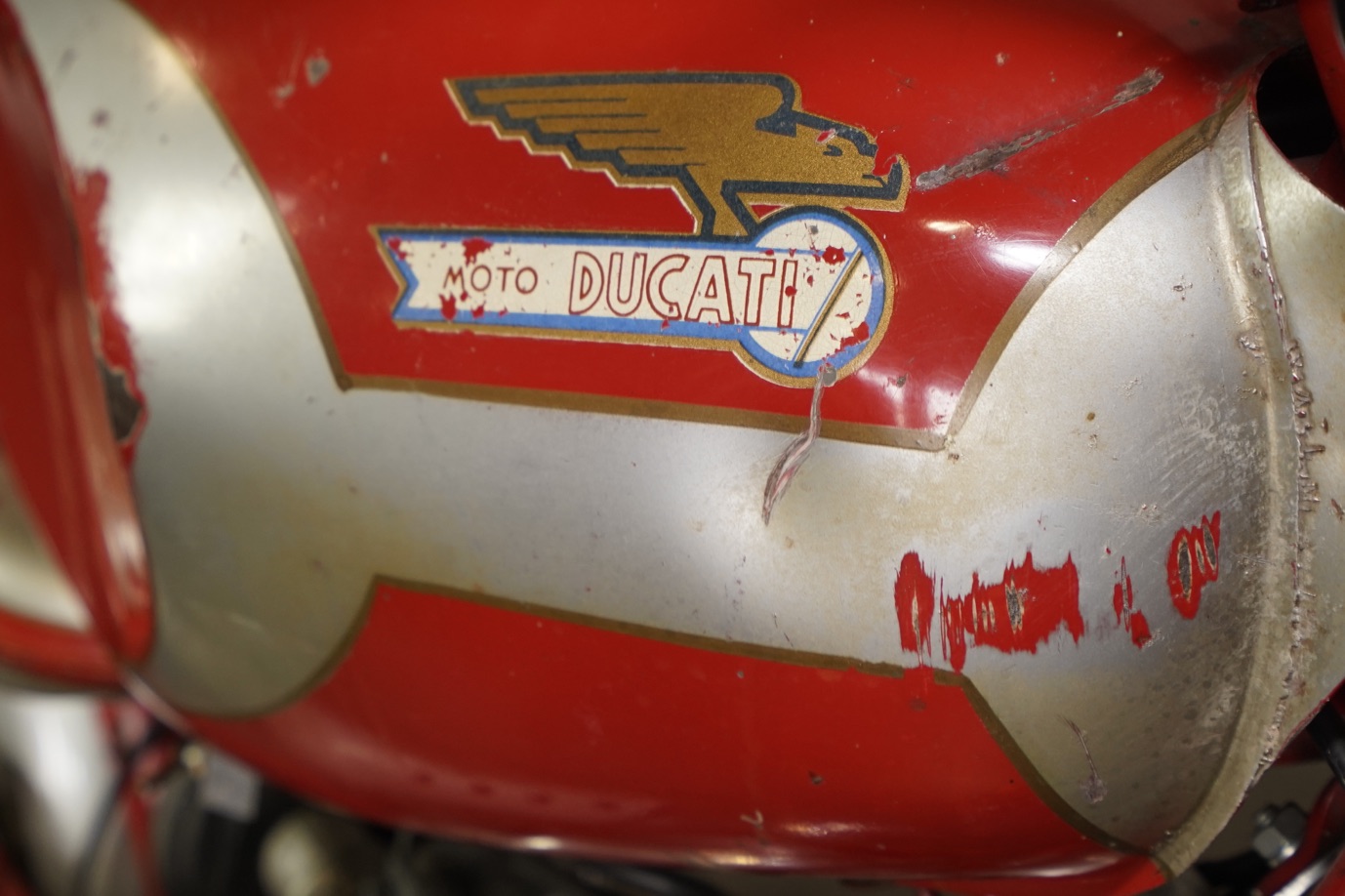 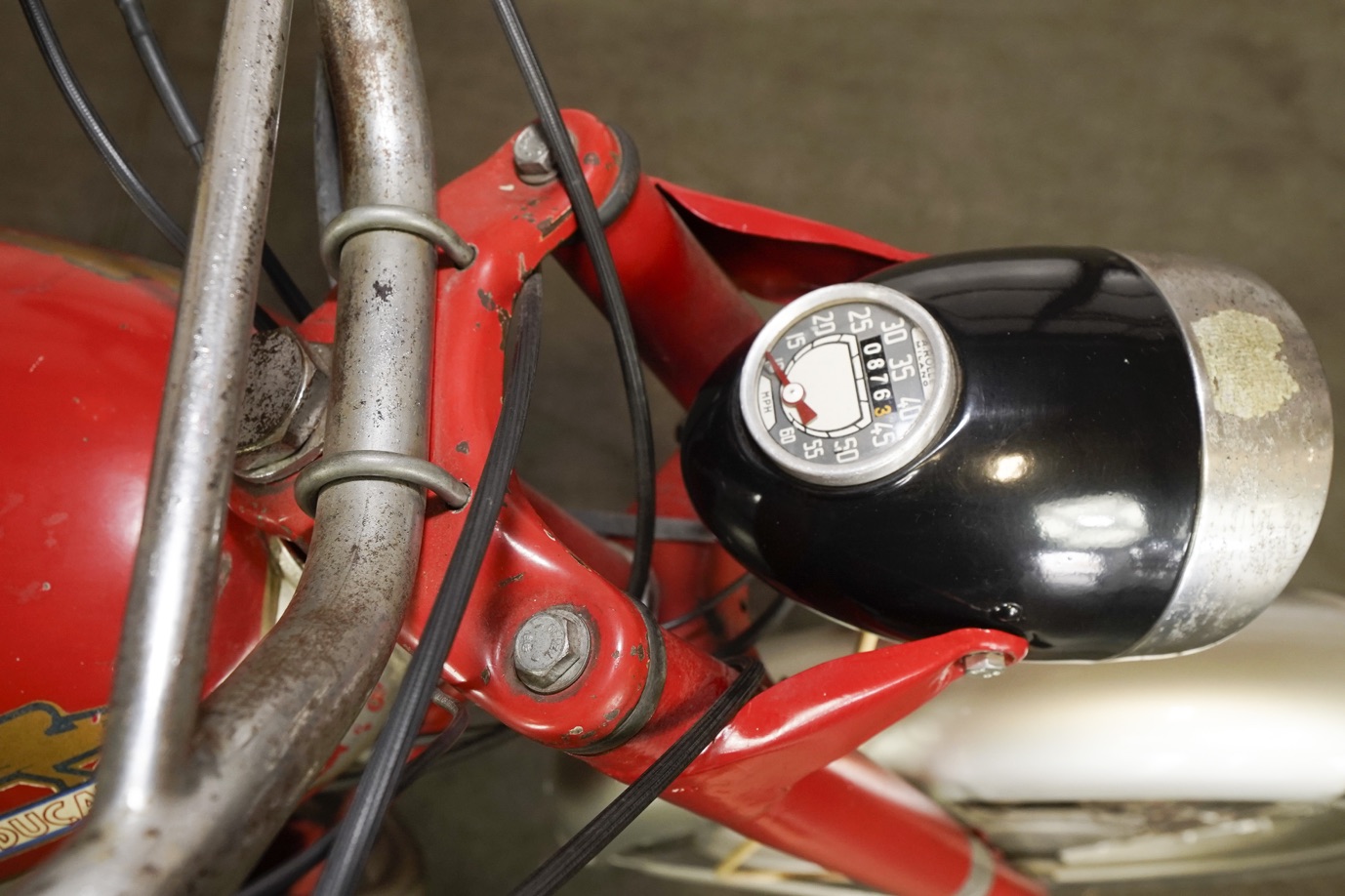 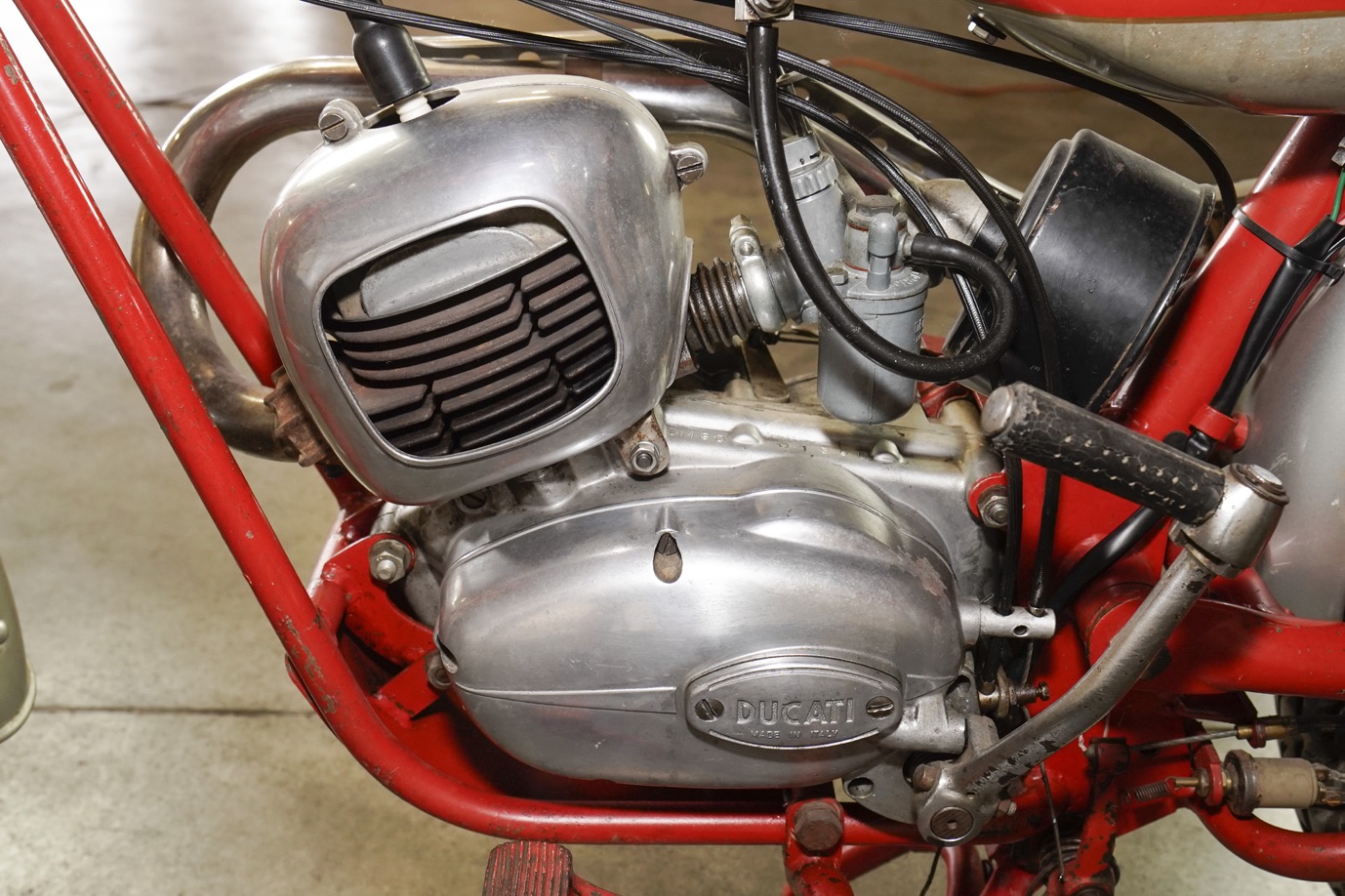