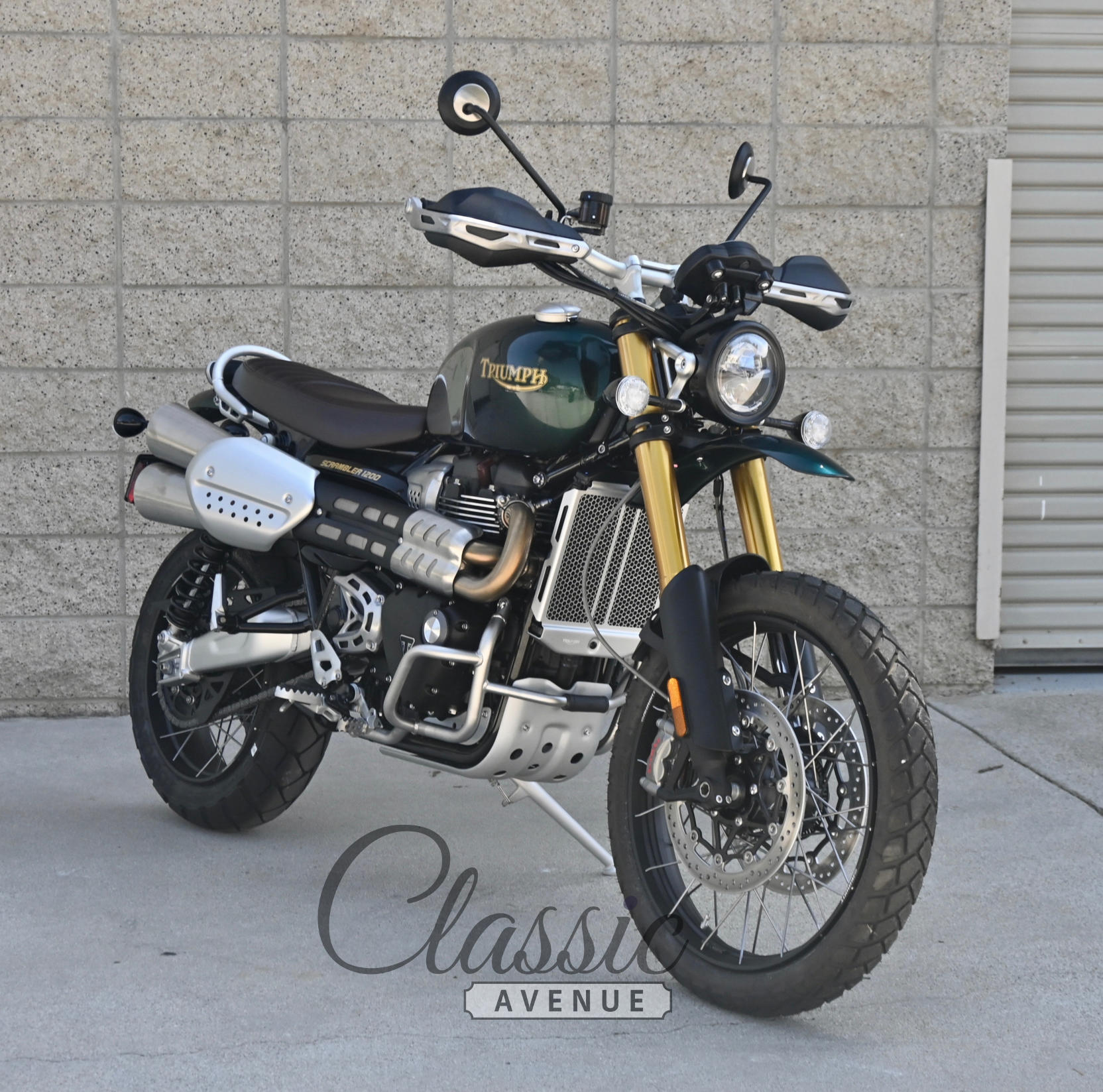 2022 Triumph Scrambler 1200 Steve McQueen edition. When Triumph debuted its Scrambler 1200 bikes back in 2019, they earned kudos from critics and consumers alike as legitimate adventure bikes with classic retro scrambler profiles. To some folks the firm’s base Scrambler model was just a Bonneville with knobby tires and a high pipe anyway, while the Scrambler 1200s—aside from the bigger powerful engine—were purpose-built adventure machines with a higher level of specification and design, including a robust electronics suite featuring five riding modes and other clever bits like Triumph’s own turn-by-turn nav system and native support for GoPro cameras right from the dash.

That was a mere two years ago, but looming Euro 5 regulations demanded some tweaks, so rather than a full-on overhaul for the 2022 model year (yeah, we know, a bit early), Triumph opted to grace the two 1200s with a series of subtle updates instead. And alongside the two updated Scramblers, Hinckley also decided to introduce a new, limited Scrambler 1200 Steve McQueen Edition for 2022.

This special model, Triumph says, was inspired by “the original competition-spec Triumph TR6, made famous by the legendary barbed wire jump in the iconic 1963 World War II classic ‘The Great Escape,” and developed in partnership with the McQueen family. The McQueen Edition will have a limited run of just 1,000 units worldwide, each one individually numbered and featuring unique Steve McQueen branding.

With permission from the movie star’s estate, Triumph went ahead and tapped into McQueen’s connection to the scramblers he rode during his desert racing escapades in the 1960s. Using the 1200 XE as a base (including all the new engine and exhaust updates), the McQueen model adds on an exclusive Competition Green custom paint scheme with hand-painted gold lines to frame it, along with unique details like a Steve McQueen tank graphic, aluminum Monza cap, and stainless-steel engine protection bars. The bike also comes standard with other premium Scrambler accessories like a laser-cut aluminum radiator guard, a fancier bench seat with stitched ribbing and Triumph branding, and an aluminum high-mount front fender, which, along with the rear fender, also gets the Competition Green treatment. The McQueen model also comes ready for the accessory My Triumph Connectivity System, which allows riders to access phone calls, music, and use turn-by-turn navigation.

And as Triumph likes to do with many of its limited-edition models, each Steve McQueen Edition will also come with an accompanying certificate of authenticity featuring the signatures of Triumph’s CEO, Nick Bloor, and Chad McQueen, the son of Steve McQueen.

The McQueen Edition on offer here hails from a discerning Beverly Hills collection of two and four-wheeled machines, and comes with a host of premium accessories, including Showa 47mm fully adjustable USD forks with 250mm wheel travel, Öhlins fully adjustable piggy-back RSUs with twin springs and similar 250mm wheel travel. Wheels are scrambler-styled 21” up front and 17” at the back, while stopping power comes from Brembo. The Triumph stalwart vertical twin design is now a liquid cooled, 8 valve, SOHC unit of 1200cc pumping out a very capable 89bhp.

With only 3 miles on the odometer, the # 481 of 1000 2022 Triumph Scrambler 1200 Steve McQueen Edition is offered in truly as-new condition throughout with all the accessories, books and keys it was delivered with. 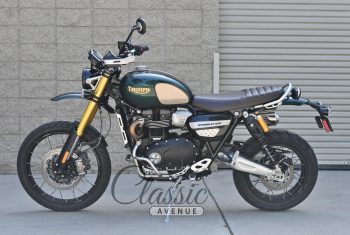 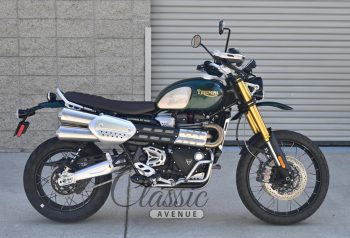 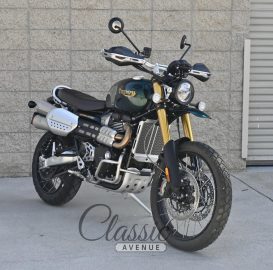 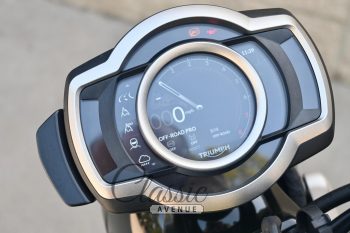 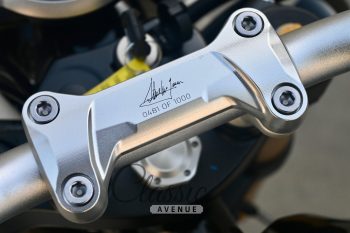