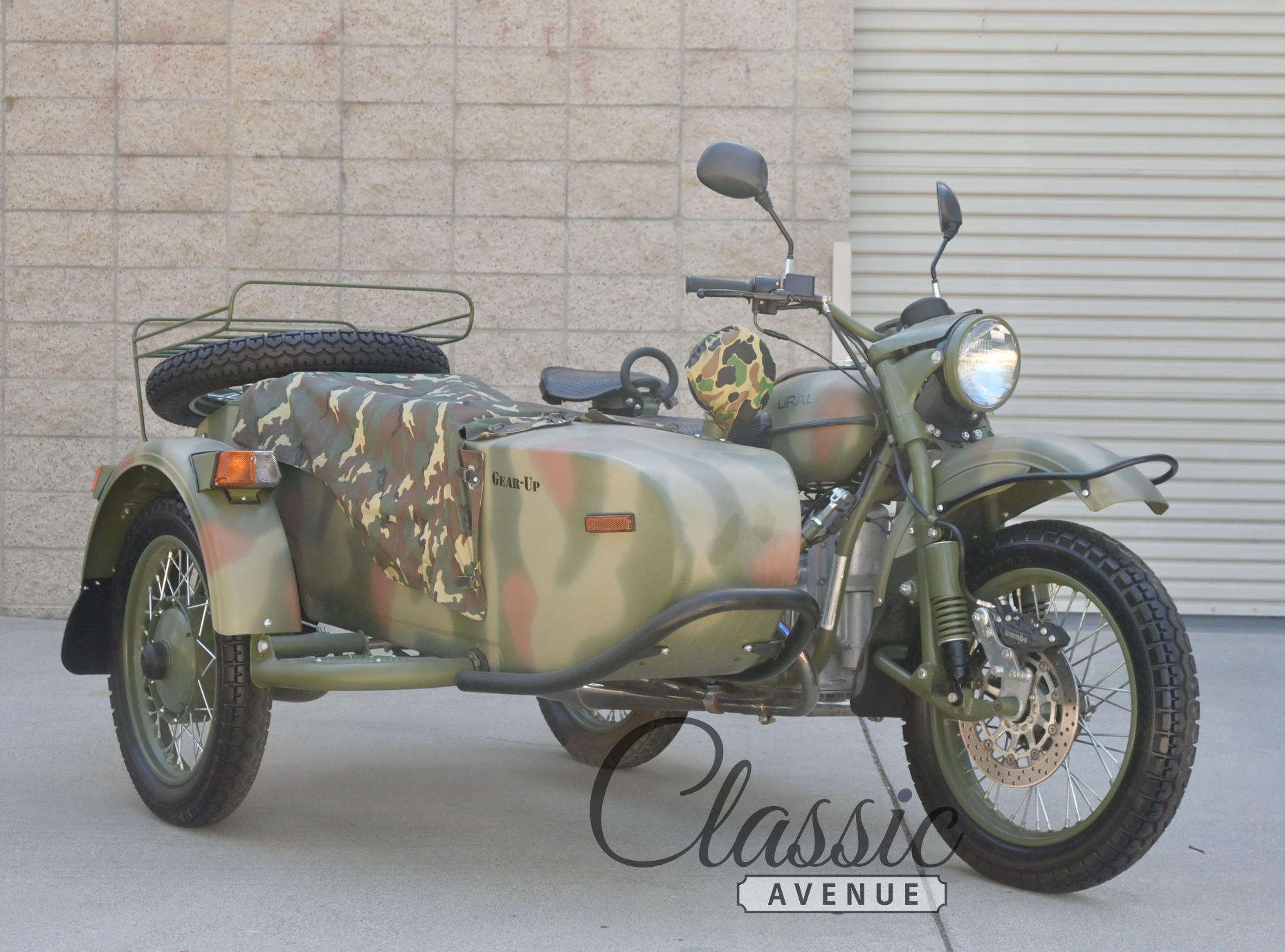 The great Ural: as tough as Russian army boots, and just about as capable over any terrain.

In 1940, the Soviet Union acquired the design and production techniques for BMW R71 motorcycles and sidecars. The first M-72 model was finished in 1941.

The origins of the IMZ-Ural are linked to developments in the Eastern Front during World War II. The Soviet Union was preparing for possible military action by Nazi Germany. Joseph Stalin ordered the Soviet military to prepare in all possible areas, including the ground forces that would be defending the Soviet Union against invading German tanks and infantry. Mobility was especially stressed after the Soviet Union had witnessed the effect of the blitzkrieg on Poland.

A meeting was held at the Soviet Defence Ministry to devise a motorcycle that would be suitable for the Red Army. The Red Army wanted to modernize its equipment after the suspension of the Winter War with Finland. The motorcycles used up to that point had not been satisfactory; their technology was outdated, and the manufacturing quality was inadequate to endure the harsh Russian climate and terrain.

According to official accounts, after lengthy discussion, the BMW R71 motorcycle was found to closely match the Red Army’s requirements. Five units were covertly purchased through Swedish intermediaries. Soviet engineers in Moscow dismantled the five BMWs, reverse engineered the BMW design in every detail and made molds and dies to produce engines and gearboxes in Moscow. Early in 1941, the prototypes of the Dnepr M-72 motorcycle were shown to Stalin who made the decision to enter mass production. One of the original BMWs purchased through the Swedish intermediaries survives and is displayed in the IMZ-Ural factory museum. After WWII the factory was expanded, and in 1950 the 30,000th motorcycle was produced.

Initially, the “URAL” was built for the military only. In the late 1950s, the KMZ plant in Ukraine assumed the task of supplying the military, and the Irbit Motorcycle Works (IMZ) focused on making bikes for domestic consumers. In the late 1950s the full production of the plant was turned over to non-military production. In 1957, the M-72 production lines were sold to the People’s Republic of China.

The export history of URALs started in 1953, at first to developing countries. Between 1973 and 1979, Ural was one of the makes marketed by SATRA in the UK as Cossack Motorcycles.

The main products today are the heavy-duty Ural sidecar motorcycles with two-wheel-drive designed for rough, rugged terrain, and Touring model for urban commuting and paved road touring. From 2003, it was powered by a 750cc flat-twin cylinder engine mated to a 4-speed ‘box with reverse gear, the build quality of the modern machines, far surpasses the original kit. Now produced in quite low numbers, the Ural sidecar is quite a modern collectible… with ample classic appeal.

The 2007 Gear Up 2-Wheel Drive Sidecar Outfit offered here hails from the collection of a late Nevada enthusiast. With 395 miles recorded on the odometer, the bike is offered in just. about as-new condition throughout. The bike starts easily, idles well, and is hilarious to ride! It features a shovel, jerry can, sidecar screen that is easily lowered for the tonneau top, auxiliary light, and reverse gear! It is accompanied by two brand new helmets in matching wartime camouflage livery.