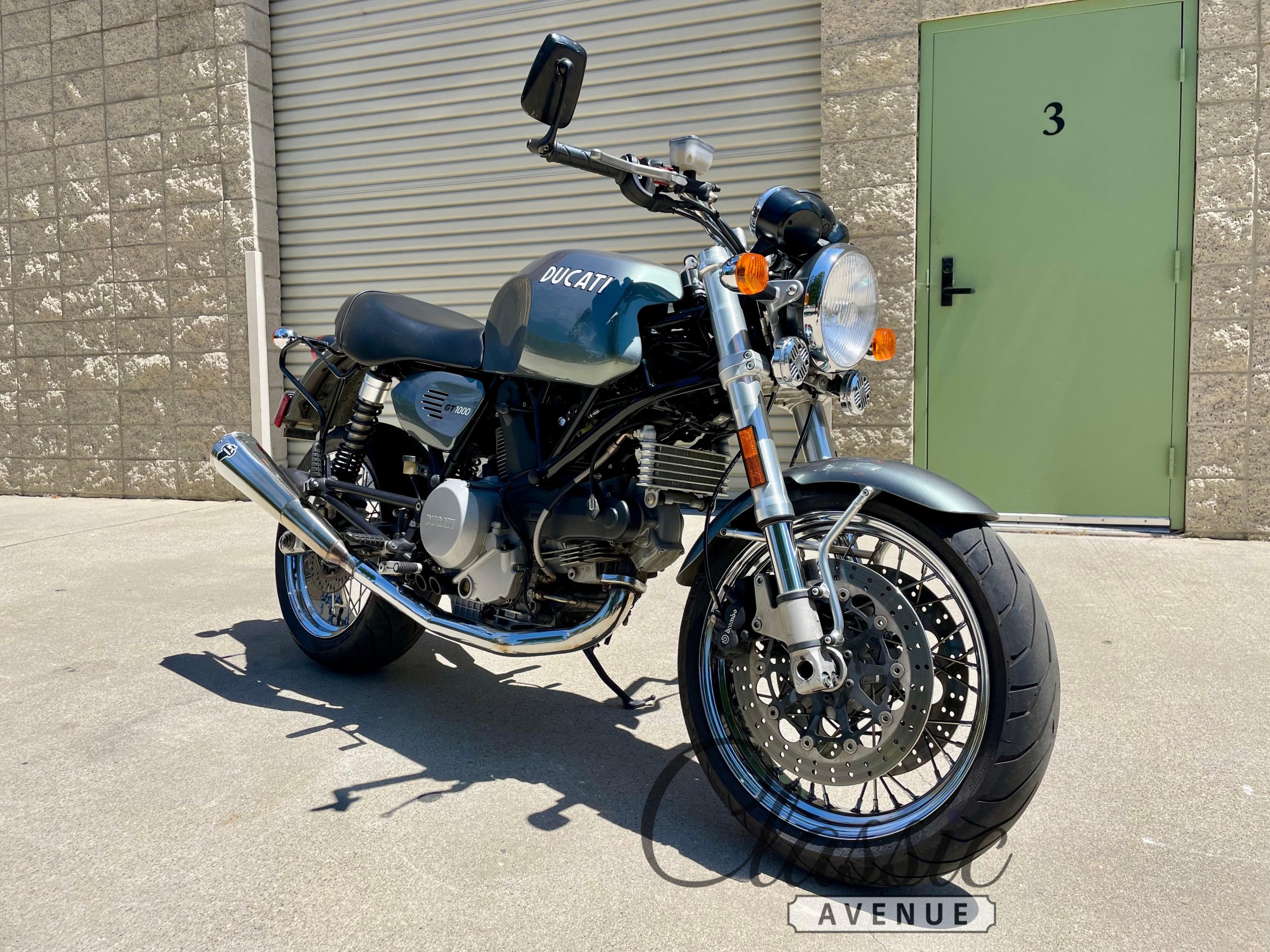 Ducati’s Sport Classic range had been a long time coming, but for the most part it’s entirely deliberate. The inspiration for these striking retro bikes dates right back to 1972 and the 750 Sport, as designed by the legendary Fabio Taglioni.  Back in the day its stunning looks were backed up by its performance.  Built only until 1974, and only ever sold in the classic yellow/black livery shared with the Desmo singles, this was the first of a noble line of sporting Ducati v-twins, a true landmark machine.

Fast forward to the release of the Sport Classic range at the Tokyo Show in November 2003.  Designed in the realm of all great classics, ie after hours, in secret, and against the expressed desire of the bosses, Ducati design chief Pierre Terblanche, penned a stunning array of machines.  All the bikes of the Sport Classic range, Terblanche insists, are not replicas of famous 1970s Ducatis (as a cursory glance at their styling may suggest). Instead, they are full-on, modern sports bikes which take their styling cues from, and pay tribute to, illustrious forebears from the 1970s.

“We made a special effort with this bike to look at every single detail,” says Ducati CEO Federico Minoli. Terblanche added: “This is probably the best bike in terms of detail I’ve been involved with – it matches the best out there.”

Of the whole Sports Classic range, the GT1000 was the Grand Tourer. With all the sportiness of the stablemates, the GT had the option of the overnight ride with accompanying luggage. A more angular tank and some other elements of retro styling, particularly the horns to the front, softened the more aggressive Sport 1000 and the ultra-Paul Smart.

The 2007 Ducati GT1000 on offer here comes to us from a very discerning, mature Southern California collector. A stalwart of riding and concours events, the owner has been in possession of this motorcycle from new having purchased it from Ducati Santa Barbara. Before it was sold, the bodywork was changed from red to the more stylish graphite grey you see here. Featuring Termigioni pipes and performance chip, the bike rides exceptionally well with great responsive power. And it sounds awesome!

Meticulously maintained, the bike was regularly serviced at the dealership, including tires. The bike has never been dropped and was always ridden conservatively. And it shows.