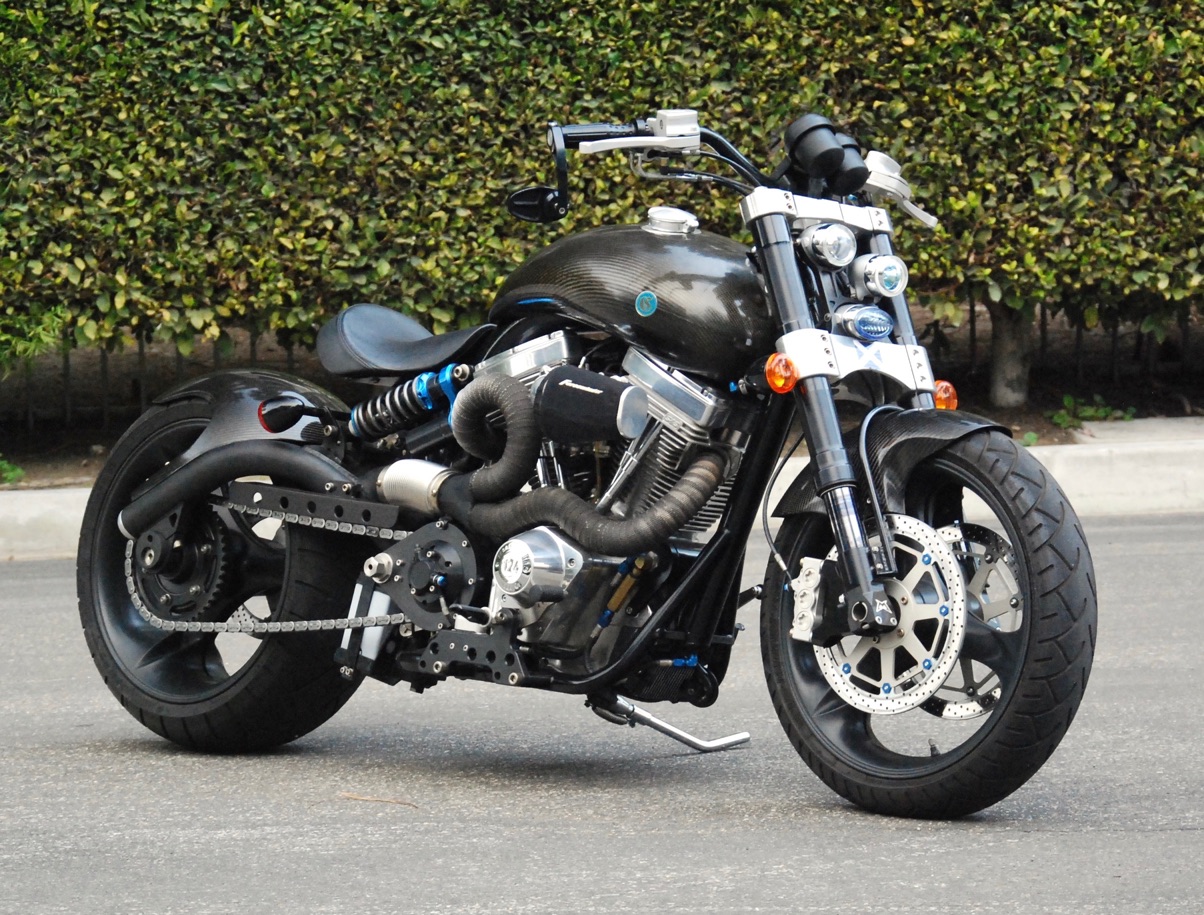 2004 Confederate Hellcat. With their unique blend of styling, technology and GP-quality components, Confederate’s products emphatically back their maker’s claim. Founded in 1991 in Baton Rouge, Louisiana by Matt Chambers, Confederate Motor Company set out to create motorcycles “utilizing a holistic, avant-garde process for celebrating the art of rebellion.” It is an approach that has given Confederate a public profile out of proportion to its relatively small size. Many a movie star and rock star own Confederates but the company is more than just about flash – in the last few years the company has achieved more than one land speed record at the Bonneville Salt Flats.

“The bike looks sinister, purposeful and weapon-like, sort of the .357 Magnum of two-wheelers.” Cycle World’sSenior Editor Paul Dean looked at the [Confederate] and commented that he didn’t think he’d ever seen a more illegal, less practical “production” motorcycle, but that he just couldn’t stop looking at it and taking in all the cool details.

Gas gets into the monster 1000cc cylinders via a Super G carburetor, and once exploded exits via Confederates own unique exhaust system. Carefully tuned, the header pipes meet at a flexible junction, where the swingarm ingeniously becomes the tail pipes. Sitting on top of the chromed and polished engine, a svelte carbon fiber gas tank takes center stage with a small, understated Confederate logo on the side.

Moving to the rear of the tank is another unique Confederate feature, the carbon fiber solo saddle. Modeled after the sprung-saddle-era Harleys but with a modern twist, it provokes a lot of questions when the bike is parked. Running under the seat, dual Penske shocks control the rear wheel’s movement and are adjustable for preload, compression and rebound damping.

The bike rolls on Lightcon wheels, and the rear is a humongous eight inches wide with a 240mm tire. Three stacked PIAA headlights, black forks, sinister looking radial brake mounts and six piston calipers complement this street-fighter American-style futuristic look. An eclectic mix of styles, eras and disciplines, there is absolutely no confusing the Confederate Hellcat for any other motorcycle.

This 2004 Confederate Hellcat has been part of a very prominent New England car and motorcycle collection since new. Having covered less than 450 miles from new, it is offered in excellent condition throughout. Recently service work included a new battery and an overhaul of the starter motor, which was sticking. The bike rides like new, draws a crowd everywhere and could tow a building.