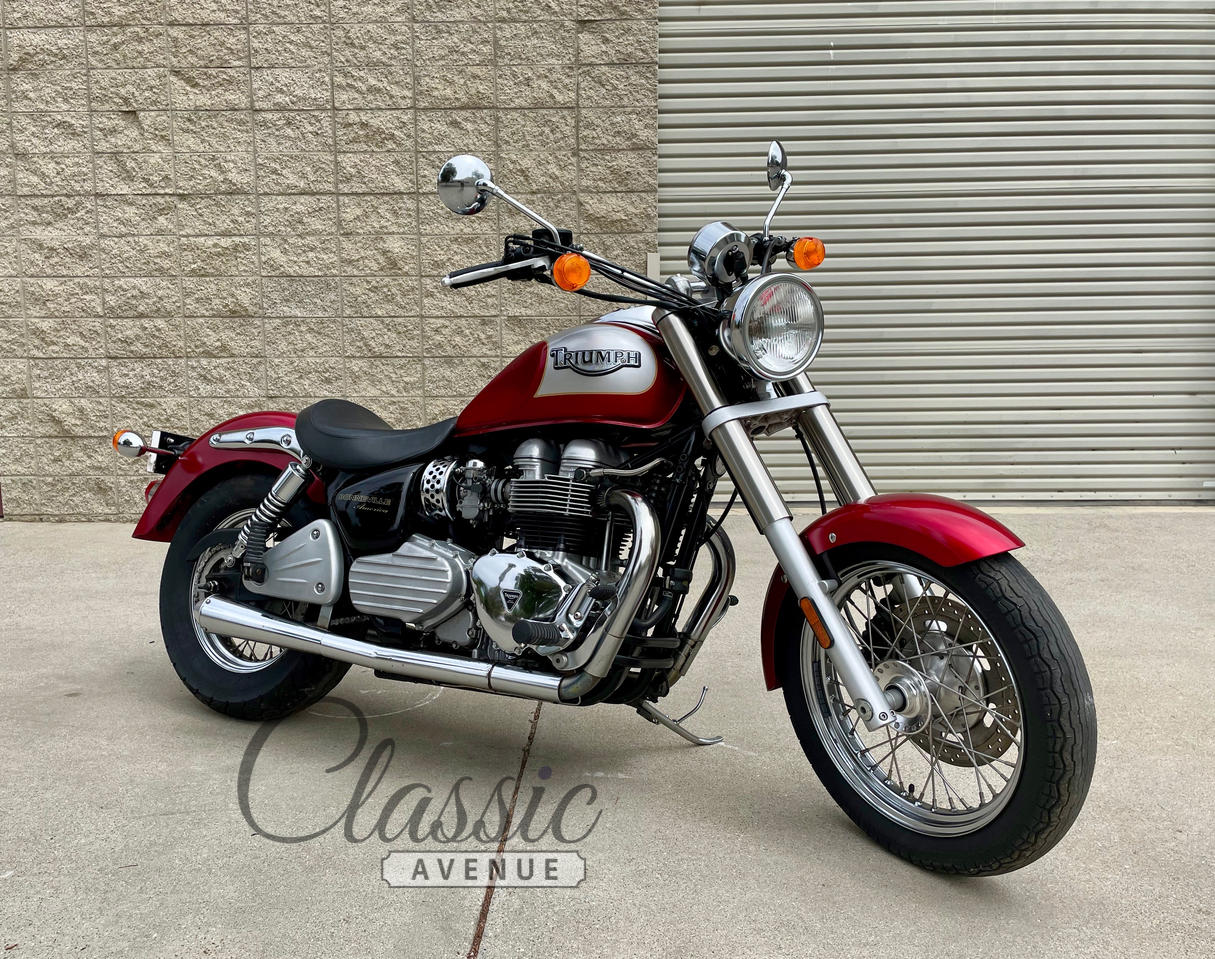 The Triumph Bonneville America is a cruiser with real cred – it harks back to the Thunderbird and other Triumphs modified in the States in the 60s and 70s. This means the America is not regarded as a Harley clone or copy as are many other Japanese cruisers. It’s a competent motorcycle too. It’s not particularly rapid or sporty but the Triumph America is a pleasure to ride and well put together.

Design of the bike started in October 1998. A staggering 120 versions were drawn and shown to focus groups, before it was whittled down to 15. Finally it was honed into the bike we see today: A fine looking motorcycle which is definitely better in the flesh than pictures.

The steel chassis, which bears no resemblance to that on the Bonnie launched in 2000, does its job well. Again, cruisers are not designed to go round corners athletically – but for a cruiser it handles well.

On the straights it is stable and comfortable, through sweepers it is assured and, despite the 1655mm wheelbase, 33.3-degree fork angle and 497lb dry weight, it is easy to manage at slow speed. Plus, the combination of the 41mm fork and twin shocks give you a comfortable ride and with a range of up to 150 miles per tank, that’s important.

The bike on offer of the first year production was part of a California-based substantial collection of American and European bikes. A barn-find when discovered, the bike was stored for the last decade or more, having covered little less than 12,000 miles from new. Recently liberated, the bike was carefully cleaned and detailed and given a full re-commissioning, including new battery and general service. Cosmetically, the bike is in excellent condition. Now, in great running condition, the bike is ready for the next owner to tour.

This 2002 Triumph 790cc Bonneville America Sold on a clean, clear California title in non-op status, so no past registration fees are due.