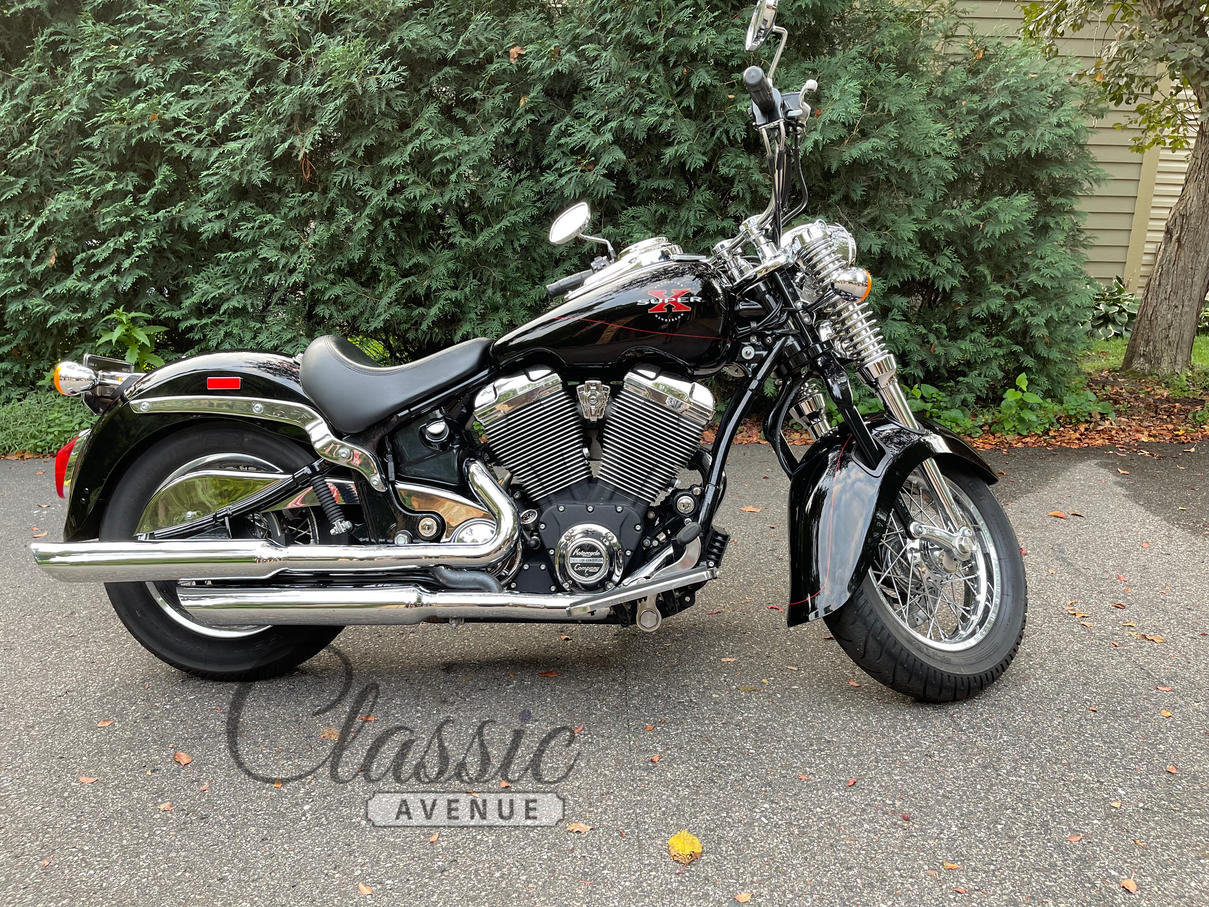 Back in the early 1990s the Hanlon brothers, of Belle Plaine, Minnesota, looked at the Harley market and saw that the boom in sales had people waiting six months or more to get a bike. So, they decided to give Harley a little competition by resurrecting an old American marque. A con-man named Phillip Zanghi had been raising millions in an effort to bring the Indian brand back to life (he failed), so the Hanlons decided to focus on the little-remembered Excelsior-Henderson, the third largest American motorcycle company. In the late 1920s E-H built two very different motorcycles, a V-twin Excelsior Super-X and an in-line four Henderson. However, with the onset of the Great Depression the factory closed in 1931

In 1996 the Excelsior-Henderson Motorcycle Manufacturing Company was established, which went public the next year. The brothers had rather grandiose plans, building a 160,000-square-foot factory in Belle Plaine that could turn out 10,000 machines a year, with the possibility of doubling that amount. And employed a lot of people. Of course, the city was extremely happy to hear this, and gave them lots of economic incentives.

A rudimentary due diligence was done, asking advice from notable industry types, who all said the Hanlons were starting way too large and should begin with a much smaller operation. The Hanlons ignored the advice, maintained the correctness of their interpretation of the market and raised some $100 million, much of it from the city of Belle Plaine and the state itself. They had a running prototype as early as the summer of 1996, but there was not a production model to show until December of 1998, with actual production beginning the next year. The air-cooled V-twin engine, based on a British Weslake Engineering design, was slightly undersquare with a 90mm bore, 102mm stroke, with a 50-degree included angle. Each cylinder had two chain-driven overhead camshafts and four valves, and the twin displaced close to 1,400cc. Keeping the inevitable vibration to a minimum, the engine used isolastic mounting and a complicated torsional damper. Programmable fuel injection was by Sagem, using a 9.2:1 compression ratio. The engine had a dry sump, and the oil-measuring dipstick may have been the longest in the history of motorcycling.

Power went from the crankshaft to the wet clutch via gears, through a 5-speed transmission, and out to the rear wheel via toothed belt. Some 63 horsepower found its way to the rear wheel, along with 70 lb-ft of torque.

The engine sat in a twin-tube cradle frame, with a single shock at the back allowing for 4 inches of travel. Up front—well, that was the signature design intended to melt the hearts of the nostalgists. Back in 1927 the Excelsior Super-X model used a well-sprung leading-link front fork, with the four legs of the parallelogram all going through the front fender, rather than around the outside. This new Excelsior had roughly the same set-up, except with the addition of gas-filled damping cartridges. Sixteen-inch wheels were at both ends, braking done with single 11.4-inch discs and 4-piston calipers. Wheelbase ran almost 63 inches, curb weight, with more than 5 gallons of premium in the tank, was 760 pounds. Short-legged riders appreciated the 26.5-inch seat height. The toothed belt drive was on the right side, and the unusually shaped swingarm was on display on the left.

By December of 1999 the hundred million was all gone and the Hanlons needed more. Production income (sale of new bikes) in 1999 was not nearly enough to meet expenses. The company filed a Chapter 11 bankruptcy. The factory put together 1,881 bikes in less than a year and a half, with the last few hundred done post-bankruptcy from bins full of parts.

The 2000 Excelsior-Henderson Super-X offered is from the second year of production, as 1 of only 720 made. A one-owner example it has covered only 8,193 miles over the last 21 years, it was recently fully serviced to ready the bike for sale. The result is a fine running rare American icon and a footnote in business failures. The enthusiast-owner collected a plethora of Excelsior-Henderson promotional materials and fashion accessories, including jackets, flags, books, etc. The bike is also accompanied by owner’s manuals and tools.