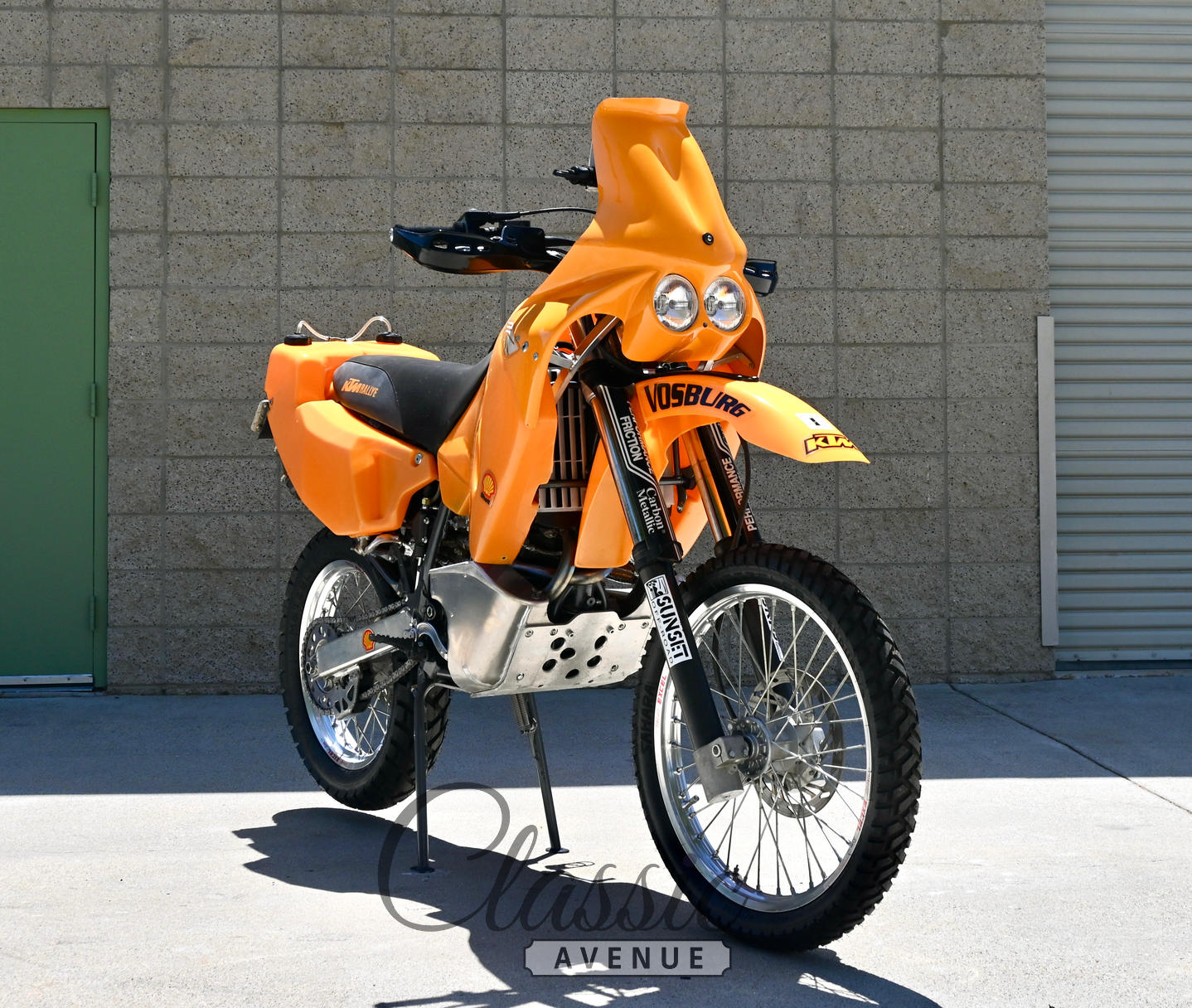 The World Cup, the Olympics, Le Mans, and for off-road racing, there’s the Paris-Dakar. First run in 1978, the Dakar Rally is a two-week slog through the most challenging terrain for motorcycles, ATVs, cars and trucks that organizers can find. The entry list runs to hundreds. And while just finishing is a major accomplishment, factory teams expend millions of dollars to take home a headline-generating Dakar win.

Long-distance rally motorcycles are specialized machines. It goes without saying that reliability is a key component to winning – with stages up to 500 miles long, a rider can wait for hours next to his stranded bike for help to arrive. As fuel stops are few and far between, extra gas capacity is a must, a minimum of 10 gallons. Because so much time is spent at high speeds, rally bikes are equipped with wind-cheating fairings. Protected behind the windscreen is more rally-specific kit in the form of an electrically scrolling route chart holder, clocks and wiring/attachment points for GPS modules. The motorcycle to have if you want to win Dakar is a KTM, the Austrian factory notching 14 consecutive victories through 2015. Besides supplying its own factory team with racebikes, KTM is unique in making machines available to support teams and privateers.

KTM introduced the 620 Adventure in 1996 as an ‘all-around’ bike. Powered by a 609cc, sohc, four-stroke single producing 55hp fitted to a 5-speed wide-ratio gearbox, was a perfect basis for the factory’s Rallye treatment. Many modifications were made inside and out to cope with the punishment of the open desert. Additional gas tanks were added to the rear of the bike, and an integrated skid plate/high capacity oil reservoir/tool box crammed all the necessities in to the package. Tall, powerful and with an on/off clutch make these very rare and specialized machines a handful to ride and not for the faint of heart.

This KTM LC4 609cc Rallye on offer here is from the heady days before motorcycle capacity was restricted to 450cc. Based on the condition and lack of sponsorship livery, it is likely that the bike was a spare for a race team, never raced in anger, but poised and ready to step in at a moments notice. It was purchased as viewed and placed on static display in a private collection for past several years. As such, the bike will need re-commissioning before returning to off-road use.

Sold on a clean, clear title.