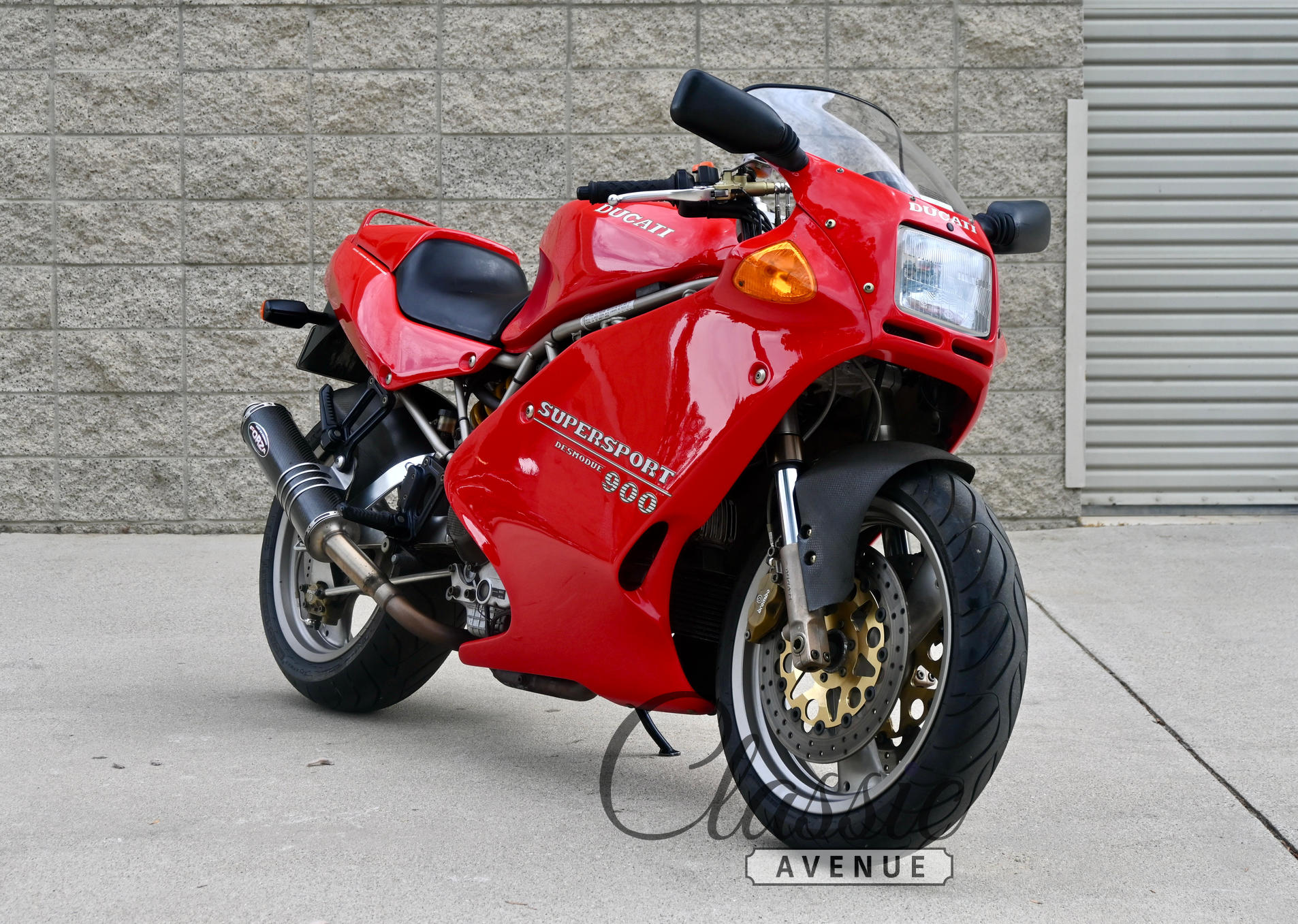 Ducati introduced an 8-valve, water-cooled V-twin Superbike contender in the late 1980s, immediately re-defining much of the model range. A super sports roadster was needed, and that niche was filled with the 900SS. At its heart was a belt drive, air-cooled, two-valves-per-cylinder v-twin, which could trace its roots to the Pantah 500 of 1978. Easy to own and maintain than the 851 Superbike, yet with a very capable 80bhp, enabling 140mph flat out on the exquisite handling machine.

The 1994 Ducati 900SS on offer here was purchased by our vendor in 2004 in San Diego, convincing the selling dealer to trade pipes with another bike on offer. Now with the Ferracci Forza pipes, the bike sounds fantastic with a deep throaty roar. The bike was ridden sparingly for a few years until it was laid up in garage storage for years while family obligations took precedence. While stored, the bike was run several times a month and always had a battery tender and fuel stabilizer added to maintain the systems.

Liberated in 2019 from hibernation, the bike was treated to a comprehensive re-commissioning by Portland’s Moto Corsa. Work carried out, at a cost of over $5,700 (receipts accompany sale), included:

Since refurbishment, the bike has covered only 600 miles, for a total of less than 20,000 on the odometer.

The bike appears to be free of any accidents with only minor flaws in the fairing (pictured), and minimal wear throughout. Production number 063, as per the top yoke plate, features carbon fiber fenders and engine cover, original keys and original rear seat cowl.

Fresh from another service to clean the carbs and check all systems, the bike is in fine running condition. It starts easily, idles smoothly and rides well with good power and smooth shifting through all gears and a good clutch action. Brakes and suspension all function as well as a Ducati should. A bike that will not disappoint.