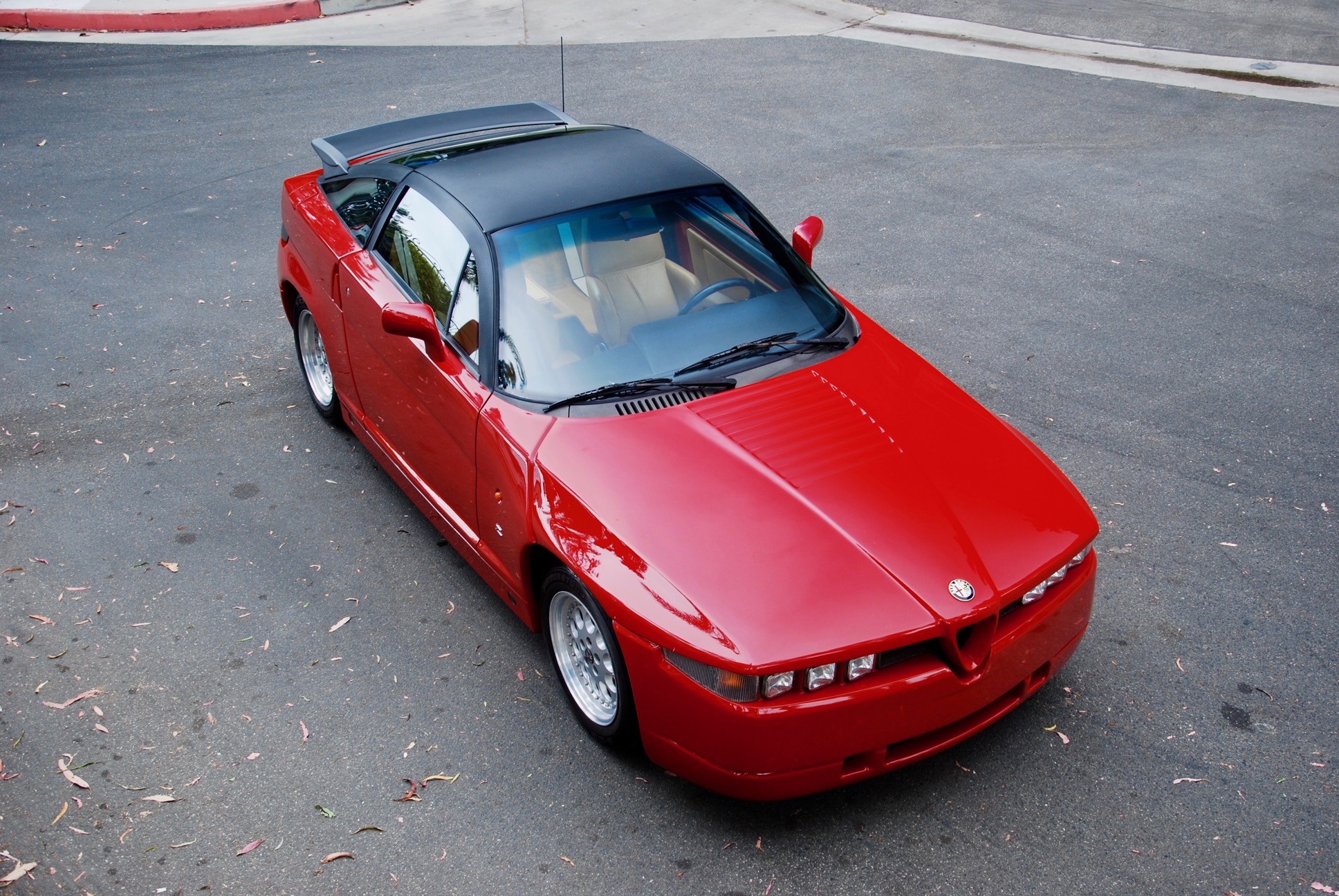 Reviving its tradition of building special-bodied Alfa Romeos, including the original SZ (Sprint Zagato) competition coupé of the late 1950s, Carrozzeria Zagato unveiled its outrageous new SZ at the 1989 Geneva Salon. Built at Zagato’s factory at Terrazano di Rho, the SZ was a joint project that also involved the styling departments of both Alfa Romeo and its parent company, FIAT, whose Robert Opron was responsible for the initial sketches.

Originally typed ‘ES 30’ (Experimental Sports 3.0-litre) but known popularly as ‘Il Mostro’ (The Monster) the aggressive-looking two-seater coupé eschewed the rounded styling and aluminium-alloy coachwork hitherto associated with Zagato’s high-performance Alfas in favour of an angular bodyshell crafted in lightweight moulded plastic – alloy roof excepted – by Carplast, which was bonded to the floor pan of the existing Alfa 75. Lessons learned from the latter’s IMSA racing programme influenced the SZ’s suspension, which endowed the car with superlative handling and roadholding, some drivers recording lateral cornering forces of up to 1.4G during testing. Suspension development was overseen by engineer Giorgio Pianta, formerly team manager of the FIAT and Lancia works rallying teams. There was power assisted steering but no ABS.

Powering the SZ to its highly respectable 152mph top speed was a 210bhp version of Alfa’s superb 3.0-litre four-cam V6, widely recognised as one of the finest power plants of recent times. This excellent performance was achieved thanks partly to the body’s exceptionally low drag coefficient of 0.30 Cd, the product of many hours spent in FIAT’s wind tunnel.

Demand for the 1,000-or-so SZs scheduled for series production greatly exceeded supply, and today this rare and highly individual supercar is much sought after. There was also an even rarer open spyder version: the RZ.

The limited edition Alfa Romeo SZ was only manufactured in left-hand drive form, and this excellent example has been serviced regularly, and used sparingly, covering only some 31,000 miles over the course of the last 27 years.

Finished in red with beige leather interior it presents exceptionally well with only very minor blemishes to the cosmetics, conducive with age and mileage. The interior is excellent on all surfaces.

The car starts easily with a brand new battery. It idles well, and has great power. It shifts perfectly with a great, light clutch and sounds fantastic while it’s doing it. Brakes, suspension and all electrical systems work as they should.

A wonderful opportunity to acquire one of these ultra-rare Zagato-built Alfa Romeos that can only become increasingly collectible.

In December, 2019, photographer friend, Evan Klein (EvanKleinFilms.com) and I headed for Baja, Mexico for a few days to rally around with a bunch of Porsches, who were introduced to Italian handling characteristics. The tour was featured in Octane Magazine…