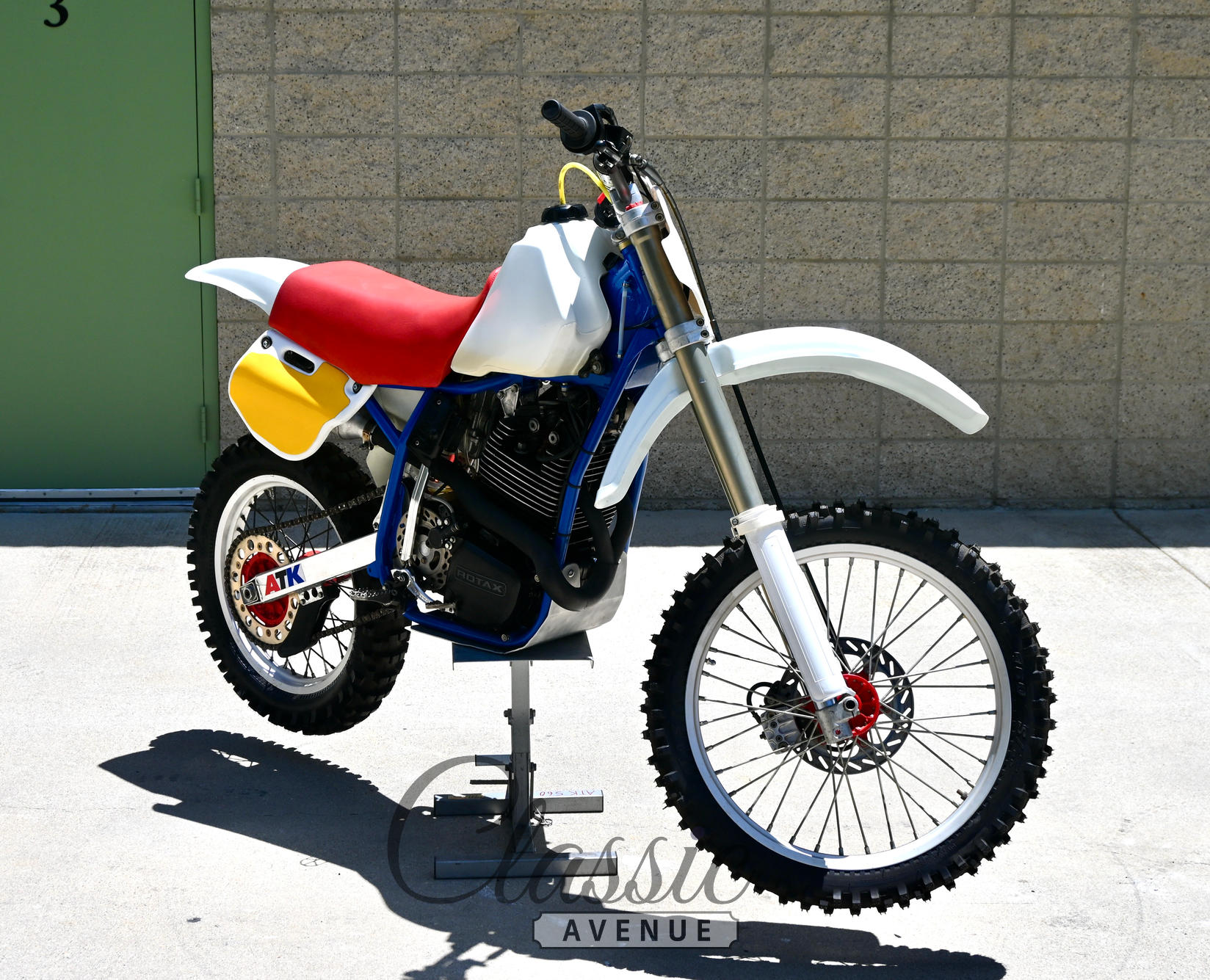 “Many people who have ridden the ATK consider it the finest handling machine they’ve ever thrown a leg over” –Dirtbike Magazine, December 1987

“Out of the crate, you can race an ATK 604 and not feel outclassed by anything on two wheels – two or four stroke. Riding the ATK is like getting a head start. A big one. – Motorcross Magazine, April 1986

The ATK 560 was a formidable machine upon release, designed to take on the very best Japan and Europe had to offer. Rotax provided the power with a 562cc single thumping out 50-odd bhp with White Power upside down forks and shocks, Supertrapp exhaust, Mikuni carb and Magura controls, all in a sub-250-pound package.

Horst Leitner, born in 1942 near Salzburg, Austria, was a Grand Prix and ISDT motorcycle racer. He earned four ISDT gold medals in the demanding International Six Days Trials, along with the Austrian National Motocross Championship. But Horst Leitner saw America as the place where his motorcycling dreams could come true, so he loaded up his family and moved to the US in 1980. As an engineer, he started producing frame kits for Honda engines, but eventually an all new range of bikes was developed under the name ATK. Anti-Tension Kettenantrieb, which in English translates to Anti-Chain Tension, was steeped full of innovation: a backwards-facing brake pedal (so that it couldn’t be bent in a crash), countershaft rear brake (to lessen unsprung weight on the rear wheel), single-sided/no-link rear suspension (to save 6 pounds over a linkage bike), an anti-chain torque device (to allow the suspension to move freely under drive), the airbox was in the gas tank (fed by a snorkel that increased horsepower on the aged Rotax engine).

Production numbers were astounding for the ten years of production from the little Laguna Beach, California factory, until the financing deal with Can-Am came to a grinding halt, sending Horst off on other engineering projects.

The ATK 560 here is offered from its 3rd owner in excellent restored condition and hails from a substantial Southwestern collector. The 560 was an open class machine, built to order by Leitner in very low numbers. Purchased mostly as viewed, the previous owner replaced the gas tank and rebuilt the engine to 500cc spec. hanging in a freshly powder-coated frame (the 560cc barrel accompanies the sale). Under current ownership, later adjustable White Power forks were added and rebuilt (at a cost of $473.39) and zero miles have been ridden since. It has been on static display for several years. As such, the bike will need re-commissioning before returning to off-road use.

The ATK brand, now rarely seen, is a must for any off-road collection.