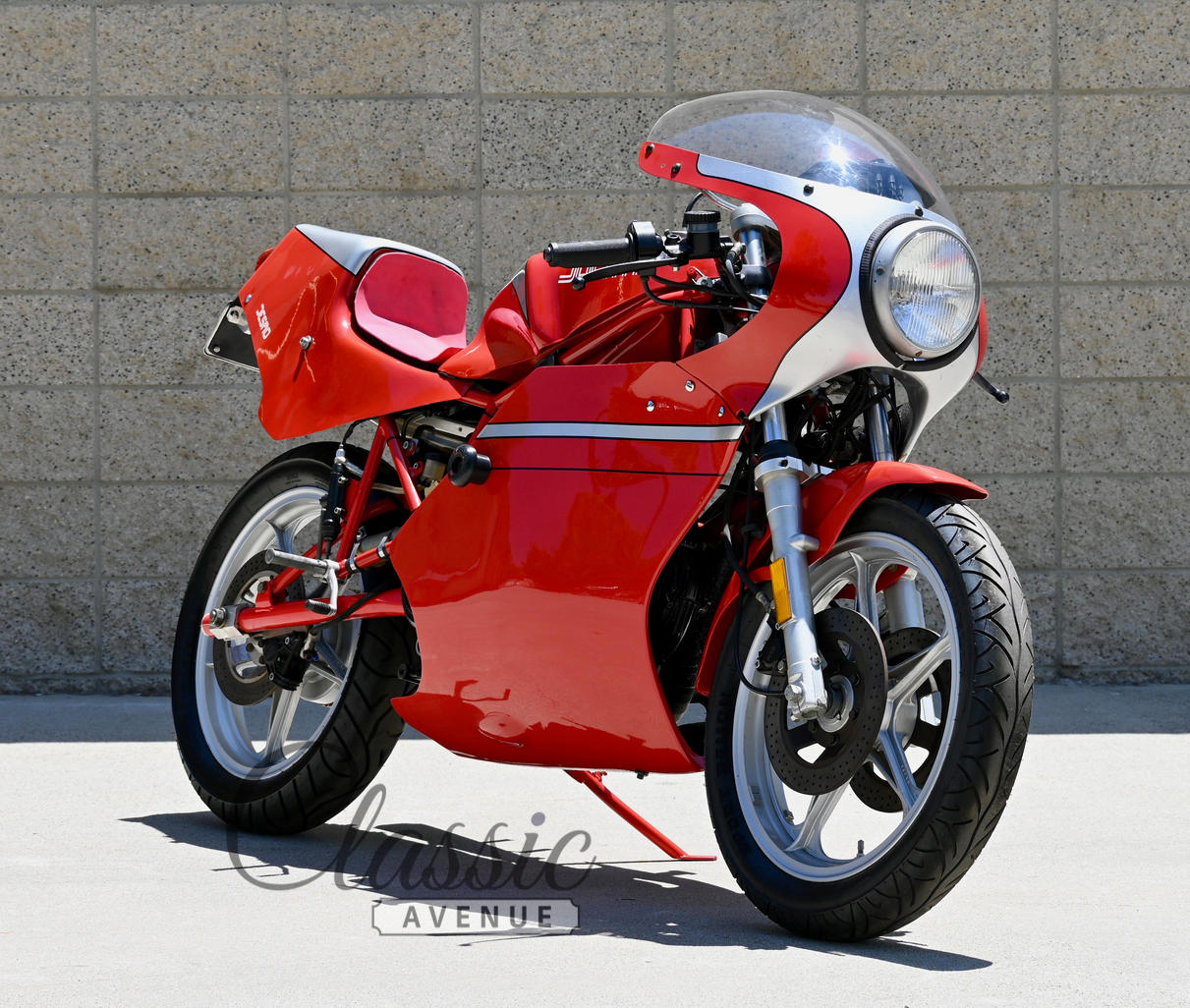 One of the greatest motorcycle designers in the last 100 years has to be Fabio Taglioni, chief designer at Ducati for over 30 years, with credits including the hugely successful racing four-stroke singles, the desmodromic v-twin engine and the F1s of the late 1980s. Also, in the Taglioni stable was the TT2, a light and powerful, very forgiving racer. The trellis frame, made in super light chromoly, housed a Pantah-derived 600cc with larger valves operated by Ducati’s desmodromic camshafts. The Pantah power plant retained its 10:1 compression ratio and wide powerband allowing the more modest racer to show their full abilities with a maximum fun-factor. The TT2 played a significant role in Ducati’s racing heritage.

This 1986 Ducati 650cc TT2 Replica is a custom designed road-going racer, inspired by the great TT2. Starting with a light replica frame from Verlicchi and swing-arm, the front suspension has to be 35mm Marzocchi, in-keeping with the TT2, while a modern single shock sits out back, described as “Italian stiff, though not uncomfortable”. The wheels are 18” front and rear, shod with Continental tires, and stopping comes courtesy of Brembo.

At the heart of the machine was sourced from the same as the cycle parts: Cagiva Alazurra 650cc single overhead camshaft v-twin with desmodromic valves. It produces a solid 60+ bhp through 36mm carbs, which, in a 360 lb package, proves to be quite a quick café racer.

The fiberglass tank and bodywork are an excellent fit and the round headlight is a nice nod to the 1970s style with the paint scheme. Overall, the bike is in excellent condition throughout, meticulously maintained, down to emtyping the gas tank between sporadic rides to conserve the internal finish from modern gas corrosion. The bike is fresh from a full re-commissioning and service, including belts.

This wonderful handling 1986 Ducati 650cc TT2 Custom Replica is sure to make a Marco Lucchinelli out of anyone on sweeping canyon roads or show well anywhere as an Italian iteration of the café racer.