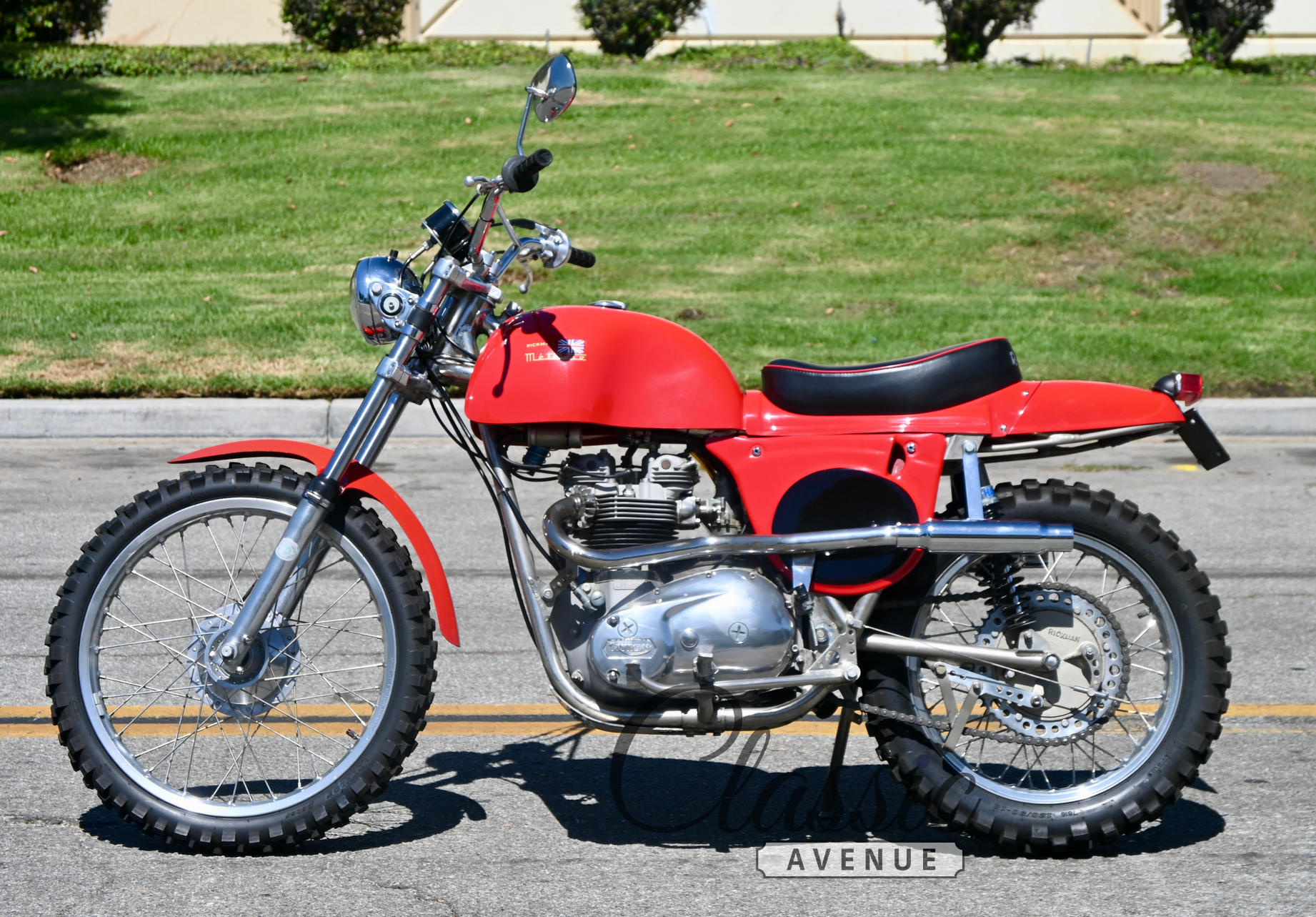 British brothers Don and Derek Rickman were motocross champions and innovators. Both began their scrambles careers in the 1950s riding BSA Gold Stars, while the Rickman brothers’ first ‘special’ consisted of a BSA duplex frame, Triumph T100 engine, BSA gearbox and Norton forks. It was given the French name Metisse, translatable as ‘mongrel.’ In 1959 came a purpose-built Metisse frame and within a decade their company would grow to become possibly the biggest independent frame-maker. An enormous success, the Mk III frame was produced in substantial quantities, proving popular for all kinds of dirt bike riding around the world. Adaptable to a wide variety of four-stroke singles and twins, the original MKIII frames seem tailor-made for the Triumph 650 twin, as seen here, with an early TT Special, a T120C. The Triumph factory racer came with higher 11:1 compression pistons, hotter camshafts and a high output ignition system, to produce 54hp at 6,500 rpm, and was mated to closer ratio four-speed gearbox.

The last iteration of the original Triumph Bonneville, the T140 incorporated a host of changes aimed at bringing the venerable air-cooled twin up to date. Overbored 76mm cylinders brought displacement to 744cc. The additional power now worked through a 5-speed gearbox, beefed up throughout to handle the increased torque. Likewise, a new triplex primary chain was employed.

The 1975 Rickman 750cc Triumph Metisse on offer here is from a small, but discerning Southern California collection. In the 1975 Rickman frame hangs a 744cc Triumph T140V twin of June 1976 vintage with 5-speed ‘box. Purchased in 2018 by our late vendor, the bike was beautifully presented, but in need of some mechanical help. Obviously on static display, the bike needed re-commissioning and a few parts, including exhausts, rubbers, etc. A file of receipts accompanies the bike. Now “done”, the bike is offered in excellent condition throughout. The nickel finish on the frame is in good overall condition as is the chrome finish around the bike. It rides on Hagon shocks at the rear. The odometer reads 1158 miles, believed to be original since restoration and with the hugely desirable lighting package making the bike a true on and off roader and with 750cc power, a blast to ride.