Honda’s formidable onslaught to the market with diminutive scooters to get around, followed by 1960s racing success and then the advent of the “superbike” with their CB750 led the company to be the world’s largest motorcycle company. The next move was to take on the European manufacturers in the booming motocross market, but that meant a departure to 2-stroke power. Rising to the occasion, they released the fantastic CR250 Elsinore in 1973, with immediate success in the hands of Gary Jones taking the AMA 250 national championship. It was followed a year later by the CR125, on which a young Marty Smith added another title to Honda’s growing tally of off-road accomplishments. Showroom sales exploded.

The pace of development in motocross was brutally quick, though, and within two years the CR125’s 4 inches or rear suspension travel was looking pretty skimpy. A redesigned chassis with moved-up shocks gave a competitive 7 inches of travel and the CR125 was back in the hunt. A coat of bright Honda Red paint on virtually everything except the motor announced the changes.

The bike offered here is in well-used, much-loved condition. There is paint-loss, scratches and scuffs associated with hours of desert fun. Owned for the last year or so, by a mechanic, who brought it back to mechanical excellence from the dry storage it has enjoyed for over 30 years, the bike now runs “really well”. It starts easily and has great power, while it readily shifts through the gears. Brakes work well, as does suspension, including the desirable Redline swingarm. 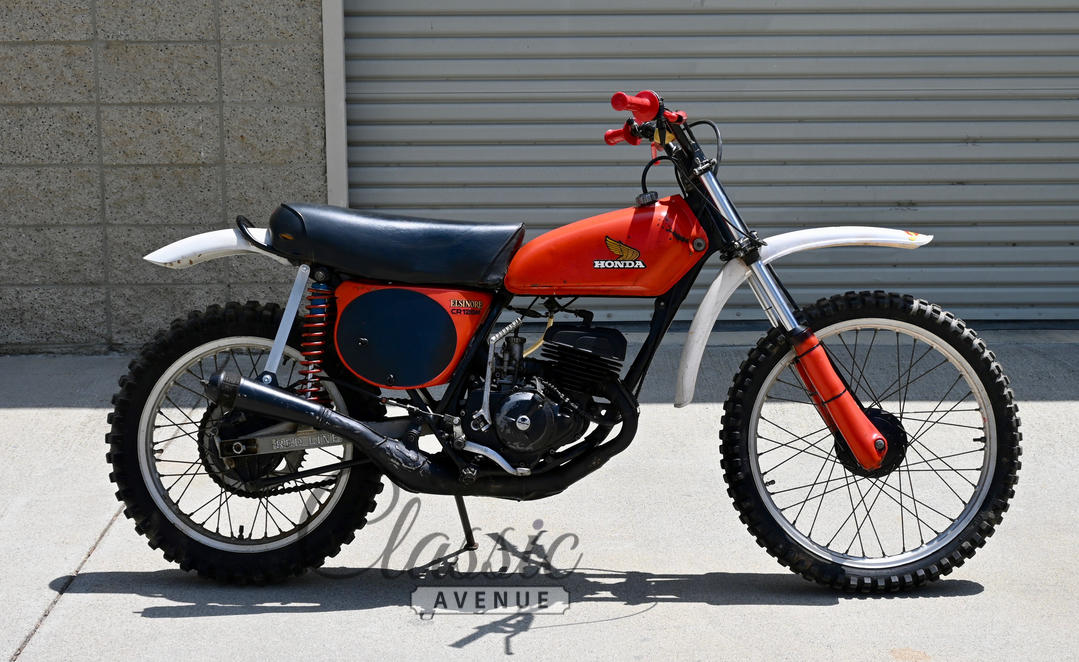 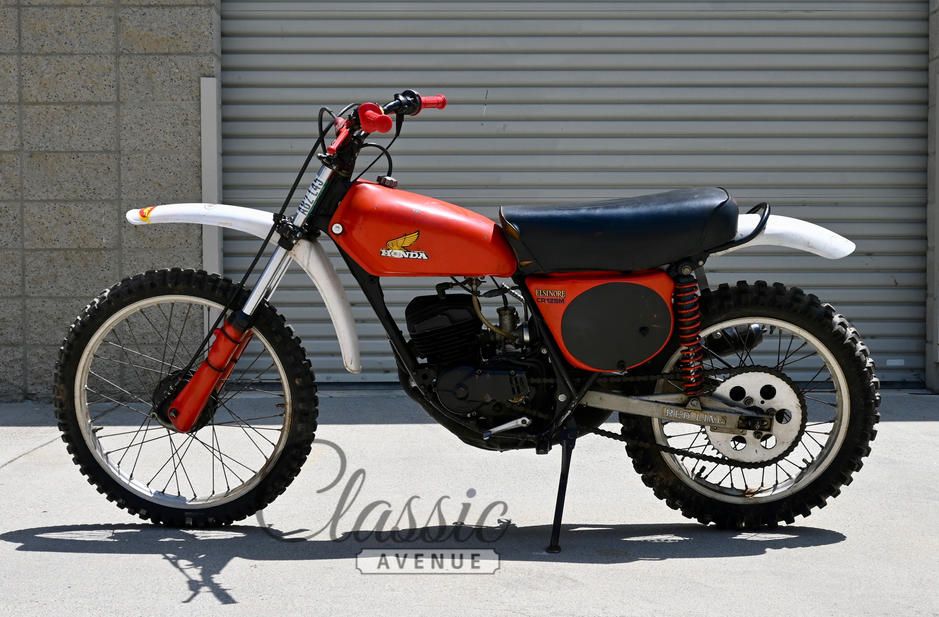 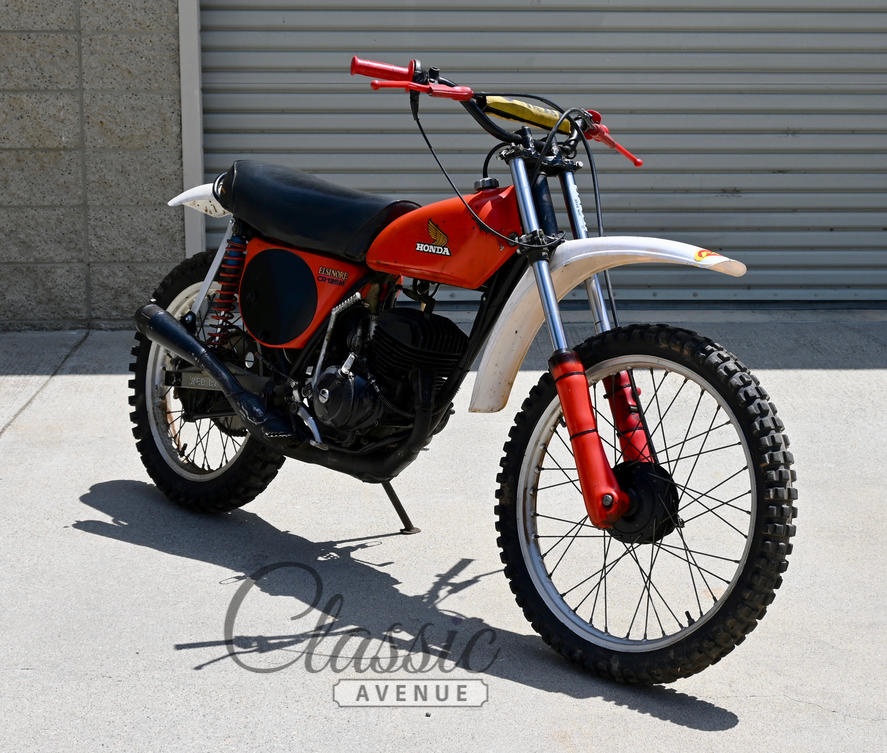