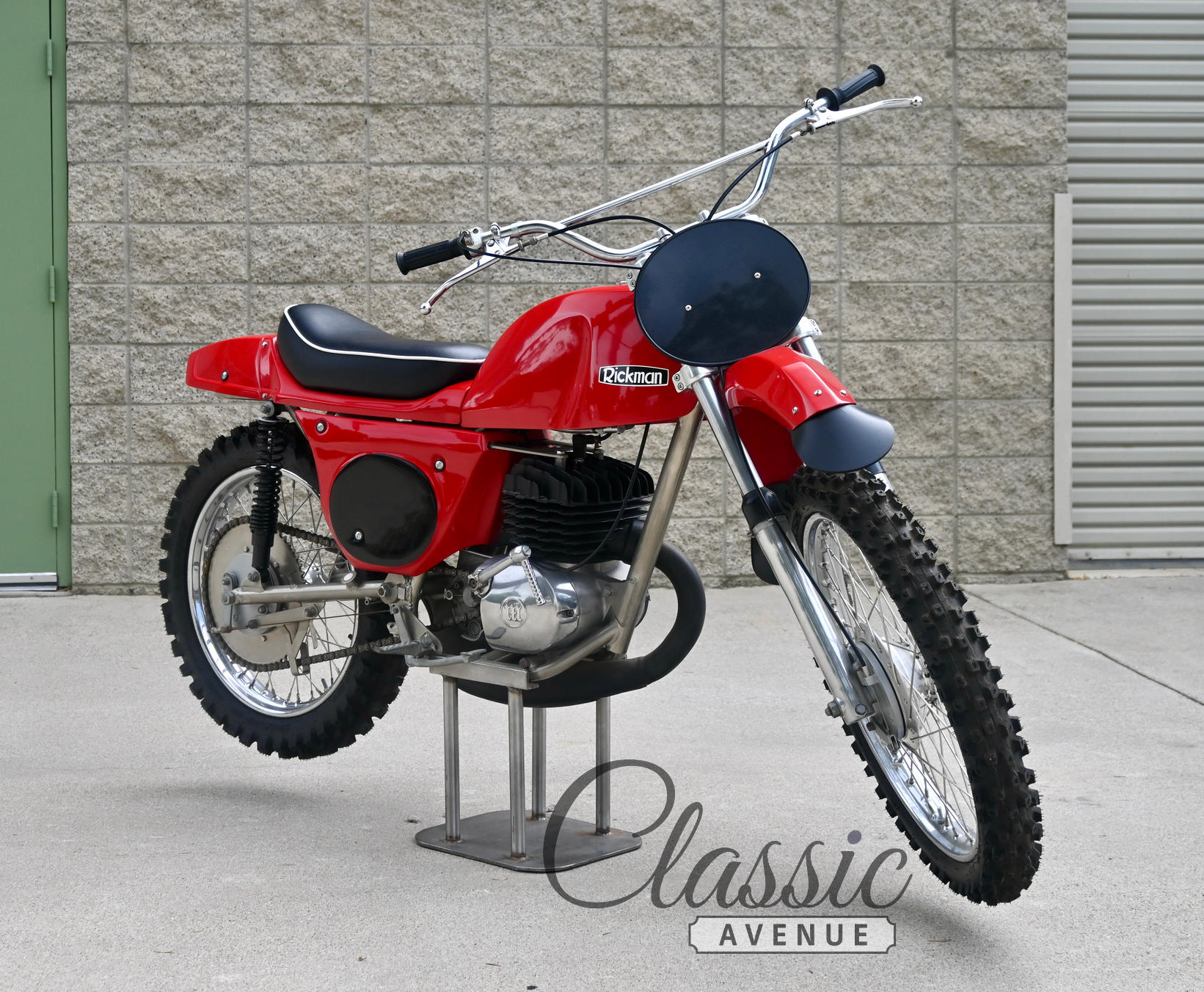 The Rickman brothers were already established moto-cross stars when they built the first Metisse in 1959 and within a decade their company would grow to become one of the biggest and best-known independent motorcycle frame-makers. In 1961 they introduced the first Rickman frame, designed specifically for unit construction Triumph and BSA Victor engines, but as time and development progressed, they began to experiment with smaller, more modern power plants, such as Spain’s Montesa.

Founded in the mid-1940s in Barcelona, Montesa entered road racing in the early 1950s but its major impact on motorcycle sport would be away from the tarmac, the Scorpion and Capra moto-crossers and Cota trials being the equal of any of their contemporaries. Developed by the factory test rider Pedro Pi, Montesa’s first trials machine arrived in 1967 and the following year Pi won the Spanish Trials Championship on one, now re-titled ‘Cota’. In the UK, six-time British trials champion Malcolm Rathmell did much to promote Montesa after he joined as development rider in 1974, winning the Scott Trial in 1975 and 1976. In 1974 the original 250cc Cota was succeeded by the Rathmell-developed Cota 348 (actually 306cc capacity) which featured a six-speed gearbox and weighed in at around 195lb. The Cota 349 followed in 1979 and was ridden by Rathmell to win that year’s Scottish Six Days and Scott trials, while Ulf Karlson took the World Trials Championship on one in 1980.

To mount an all-conquering Montesa engine in the hugely capable Rickman frame sounds like a no-brainer. And just that is what is on offer here. The bike hails from a small, but discerning Southern California collection. Unfortunately, said collector passed away, so piecing the history of the bike together comes from the file of restoration receipts that accompany the bike. It appears that the bike was purchased in 2014 and underwent something of a restoration completion with receipts including mechanical parts and re-plating, with just one receipt totalling $2,744. There are a few receipts from prior ownership including wheel rebuilding at Buchanans, carb repair kit, engine rebuild parts (gaskets, etc.). From the receipts file, we can also conclude that the bike was further overhauled prior to our vendor’s passing in 2019.

Now, in excellent overall condition, this delightful off-roader is ready for its next wilderness adventure.

Sold on a Bill of Sale.