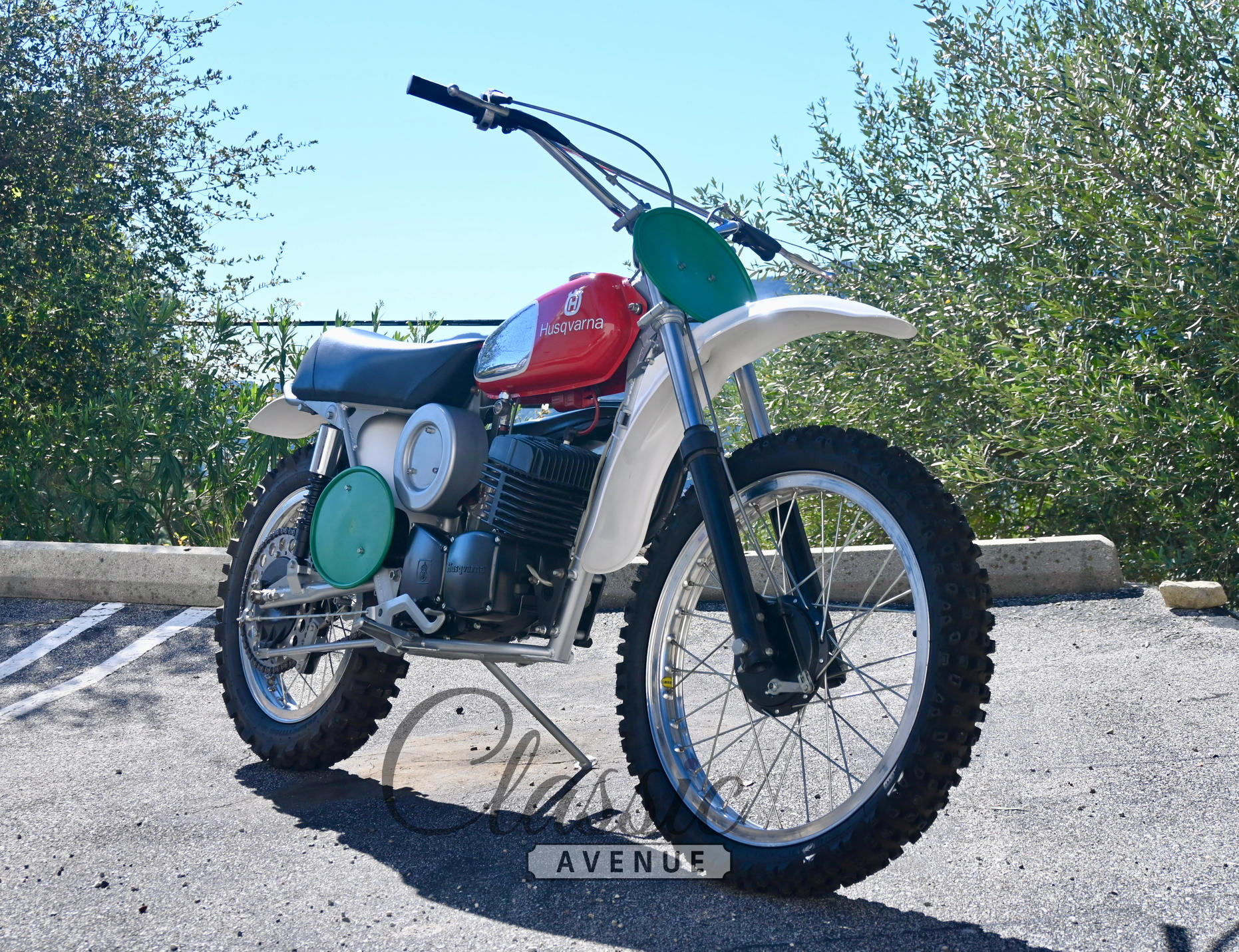 The British domination of America’s vast playground of off-road adventure was marred when the Japanese got involved with Yamaha, but perhaps more than any other models, it was the agile, lightweight two-strokes from Husqvarna that took over the market in scrambles and desert racing. In the late 1960s and ’70s the Swedish company would win 14 world motocross championships, countless medals in ISDT and enduro competition, and 11 Baja 1000 victories, three of the latter coming on Huskies ridden by Malcolm Smith. Unheard of on this side of the Atlantic when the Sixties began, Husqvarna’s series of two-stroke machines – first a 250, then a 360 that grew to 400cc – featured breathtakingly lusty single-cylinder engines suspended in lightweight steel frames. Painted steel gas tanks with the brand’s signature chromed panels, intended prevent a rider’s knees from marring the paint was the signature of the “look”.

1974 Husqvarna CR250 MAG on offer here was purchased in 2012 by our vendor, a collector of off-roaders of the 1960s and 70s. The bike was restored by Mayer Brothers of Tucson, AZ from the ground up, who bought the bike with a plethora of NOS parts still sealed in factory packaging. The company’s list of refurbishments is as follows:

Walkaround video when purchased in 2012