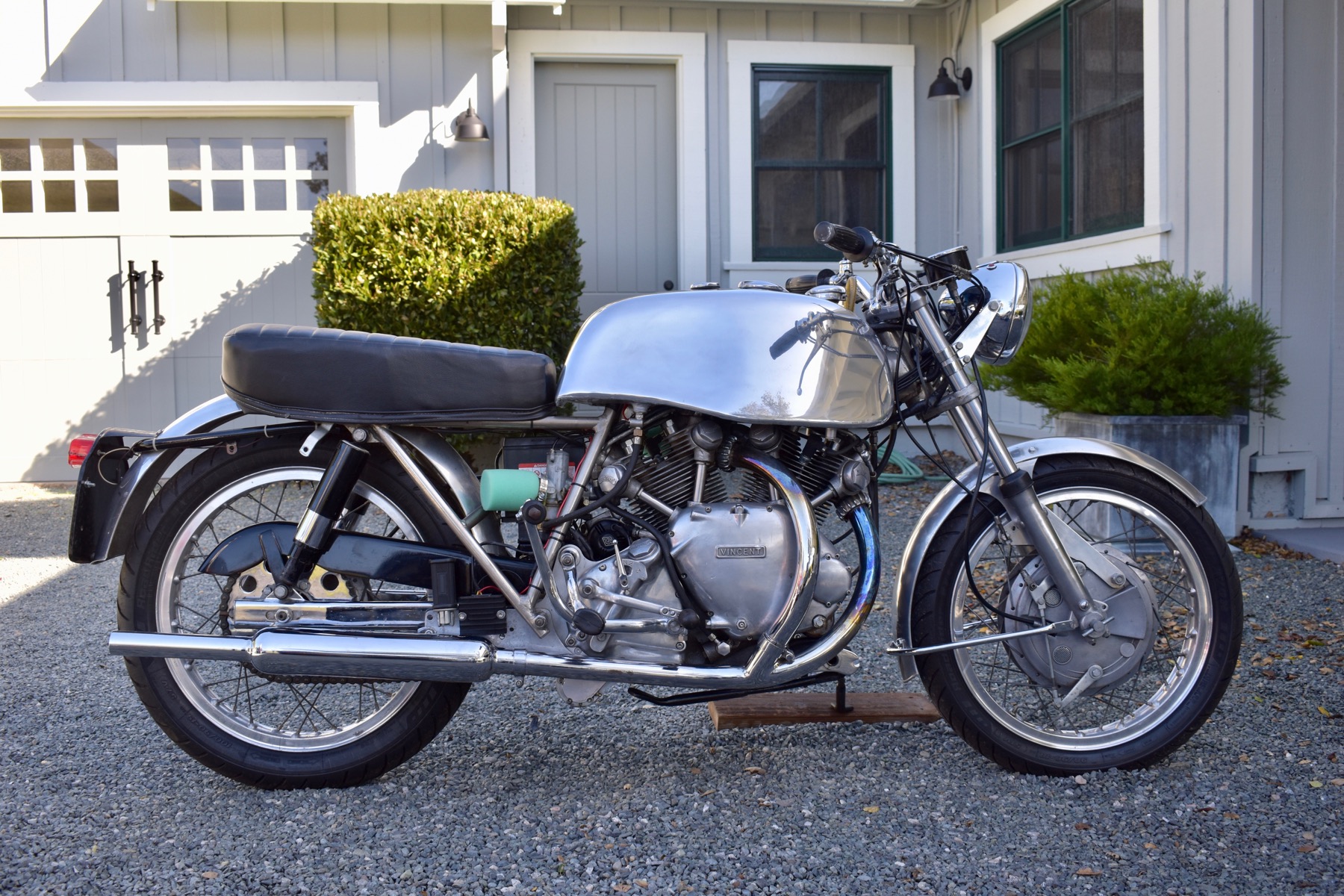 Specialist frame builders hold a extraordinary place in the motorcycle industry and hobby, in such celebrated names as Harris, Spondon, Seeley, Rickman, Moto Martin, and the inimitable Swiss engineer, Fritz Egli. Egli built his first frame in 1965 to reel in the vague handling of the Vincent V-Twin. He welded a tubular backbone rather than the bolted original for a far stiffer result. It was also an adaptable solution to all kinds of engine applications, from mid-century British singles to multi-cylinder Japanese superbike motors. However, the Egli chassis is most synonymous with the V-Twin from Stevenage.

The Egli offered here comes from a Northern California collector, whose addiction began back in 1958 with the trade of a liberated Grandfather’s sword for a Doodlebug in a time when a dime’s worth of gas would keep you running for an entire day. From there, the natural progression to local motorcycle dealers, attaining sales manager positions, all while racing AMA and AFM. Now, sixty years later, it is time to move the last of the discerning and meticulously cared for collection, and the last man standing is the Egli. Purchased from a Canadian estate about 5 years ago, the touring model, complete with frames and Craven bags, may have also sported a fairing, as evidenced from a mounting point on the headstock. At its heart is a 1950 Rapide engine, reworked by Egli, and stamped with the EV number (see photos). Upon purchase, the seasoned mechanic-owner sought a more accomplished expert to install an Alton electric start conversion. West coast Vincent guru Dave Molloy was employed for the job and given carte blanche to overhaul the bike as needed. He went through engine, gearbox, and electrical system to bring the bike up to the highest level of rideability and reliability. He provided over 20 pages of hand-written notes documenting all of his work as well as receipts for over $7,000. To invoke a more aggressive look, a sleek and far more sporty custom aluminum gas tank replaced the original, sculpted by revered artisan, Evan Wilcox. The original fiberglass tank accompanies the bike, along with miscellaneous parts, tools, and manual.

The bike starts easily, as can be seen in the video below. It has been ridden regularly, though sparingly, under its current ownership, and has been meticulously cared for, serviced and stored. In excellent riding mechanical condition, this a well sorted and dependable example of a rare and exotic motorcycle.