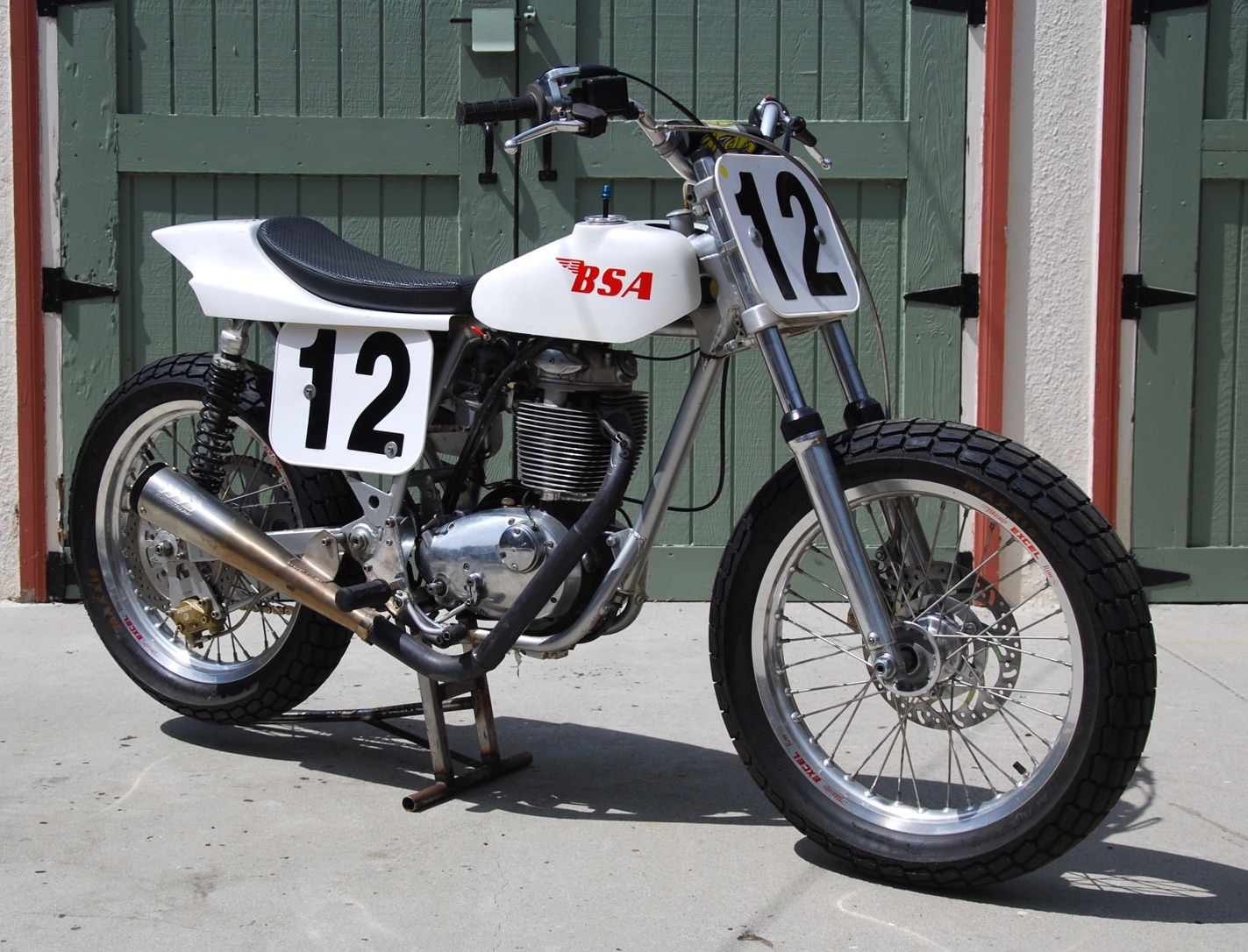 1971 BSA B50 Flat Tracker. BSA-Triumph’s revamped range for 1971 included five BSA singles, all sporting the new oil-bearing frame, Ceriani-style front fork and conical-hub brakes. The two 250s continued to use the B25 engine in virtually unchanged form while the larger B50 models were now a full 500cc, their immediate predecessors having been 441cc. Although similar in overall layout to the quarter-litre unit, the new 500 motor boasted a needle-roller big-end – rather than plain – and a third (drive side) main bearing. In both capacities there was a Trail version, the B50T specifically designed with the fast-growing trail riding boom in mind in the US, with the bike using many parts common to both the SS and MX versions.

The ‘T’ offered here has been subject to the odd modification…! Now in full flat-tracker trim, this matching-numbers bike has been in the same ownership since 2007: a discerning Northern California collector of, primarily BSA bikes of interest. Upon purchase, it was subject to a full engine rebuild with parts sourced from Rabers in the Bay Area. Receipts determine that further mechanical restoration was done in 2009 with attention to brakes, bushes, and other cycle parts. Also, in 2009-10, the bike was handed over to Banke Performance, specialists in flat trackers for further engine work in the bottom end, plus cylinder head and valve reworking, carburetor overhaul, as well as cables, aftermarket sump kit, exhaust, brake and swingarm overhaul. Also, at that time a new tank and fender were installed with Excel rims, number plates and various other cosmetic upgrades.

Now, having sat in a climate-controlled environment on static display, it will need a light re-commissioning, but little more than some attention to the fuel delivery and spark systems.

This 1971 BSA B50 Flat Tracker is Sold on a clean, clear California title.