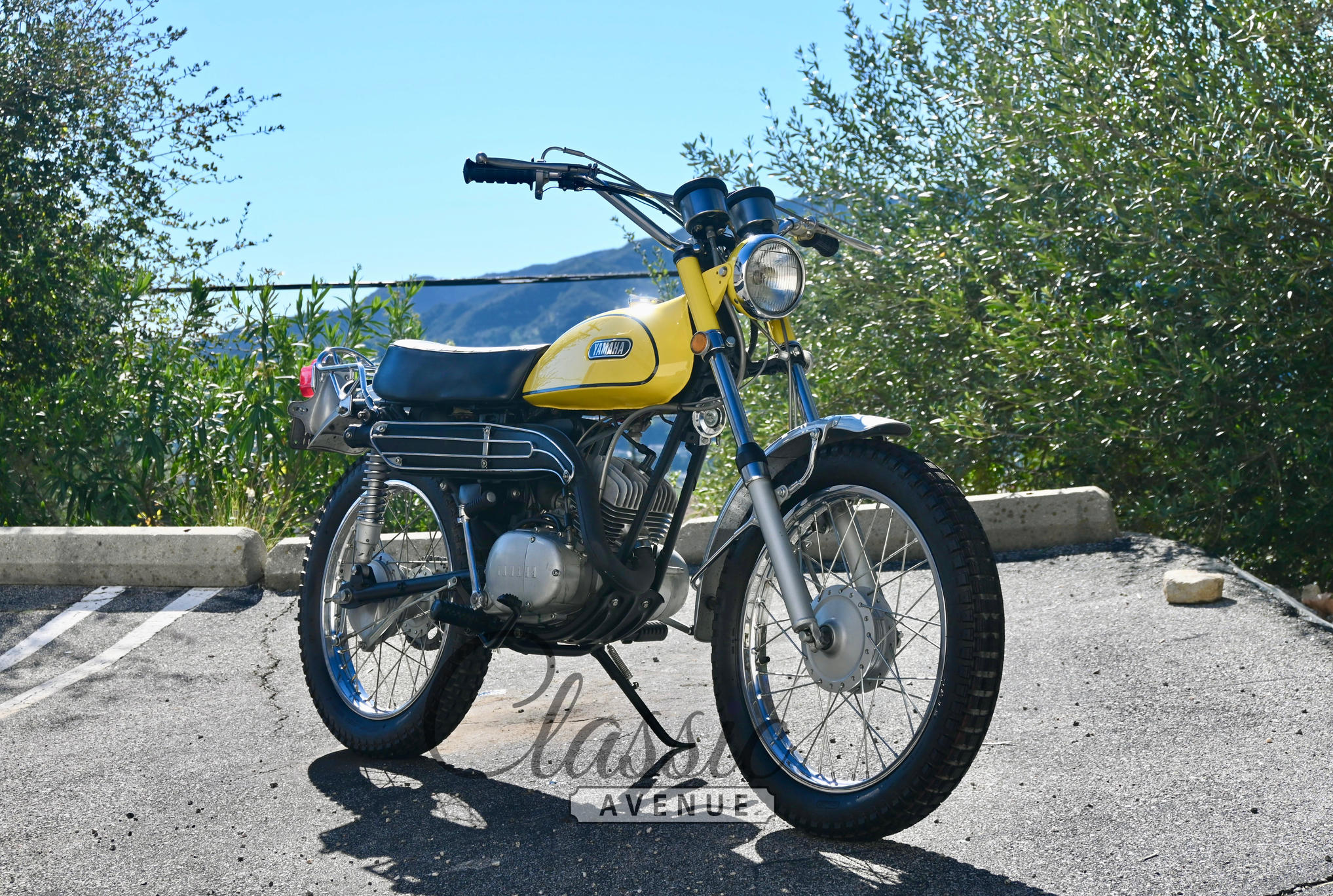 Seeing the popularity of off-road racing, particularly on the west coast of the US, Yamaha attacked the off-road motorcycle market in the late 1960s and ’70s.

Introduced in 1969, the AT1 Enduro was powered by a 123cc two-stroke single, rated at nearly 12 horsepower, mated to a five-speed transmission. It features Autolube automatic oil injection, head and taillights, a cross-braced handlebar, and a chrome luggage rack. Instrumentation includes a 100-mph speedometer and a tachometer with an 8,500-rpm redline.

This 1970 Yamaha AT1 is finished in yellow with black pinstriping over silver fenders. The bike was subject to a ground up restoration in 2005 for a Texas collector, according to accompanying documentation. The 1.9-gallon fuel and 1.3-quart oil tanks were media-blasted and repainted with the headlight bucket and mounting brackets.  Chrome 18″ wire-spoke wheels were fitted with new spokes and tires.

The bike was purchased a couple of years ago and was a part of a significant and discerning off-road motorcycle collection. At that time the bike was fully re-commissioned, including a check of fastener tightness, spokes, tire pressures, cables, Mikuni carb clean and adjustment of timing, lights, oil pump, chain. The shift shaft was found to leak, so was replaced with anew clutch, along with fork seals. The fuel tank was cleaned, and a new petcock was installed. The rear wheel was removed, serviced, and the rear brake was overhauled. A 45-tooth sprocket was installed along with a new airbox and ignition points. The odometer reads only 4,900 miles.

The bike is accompanied by a plethora of owner’s literature, sales brochures, and service receipts, along with a clean, clear title.

Having a blast on an AT1 (not the bike offered)