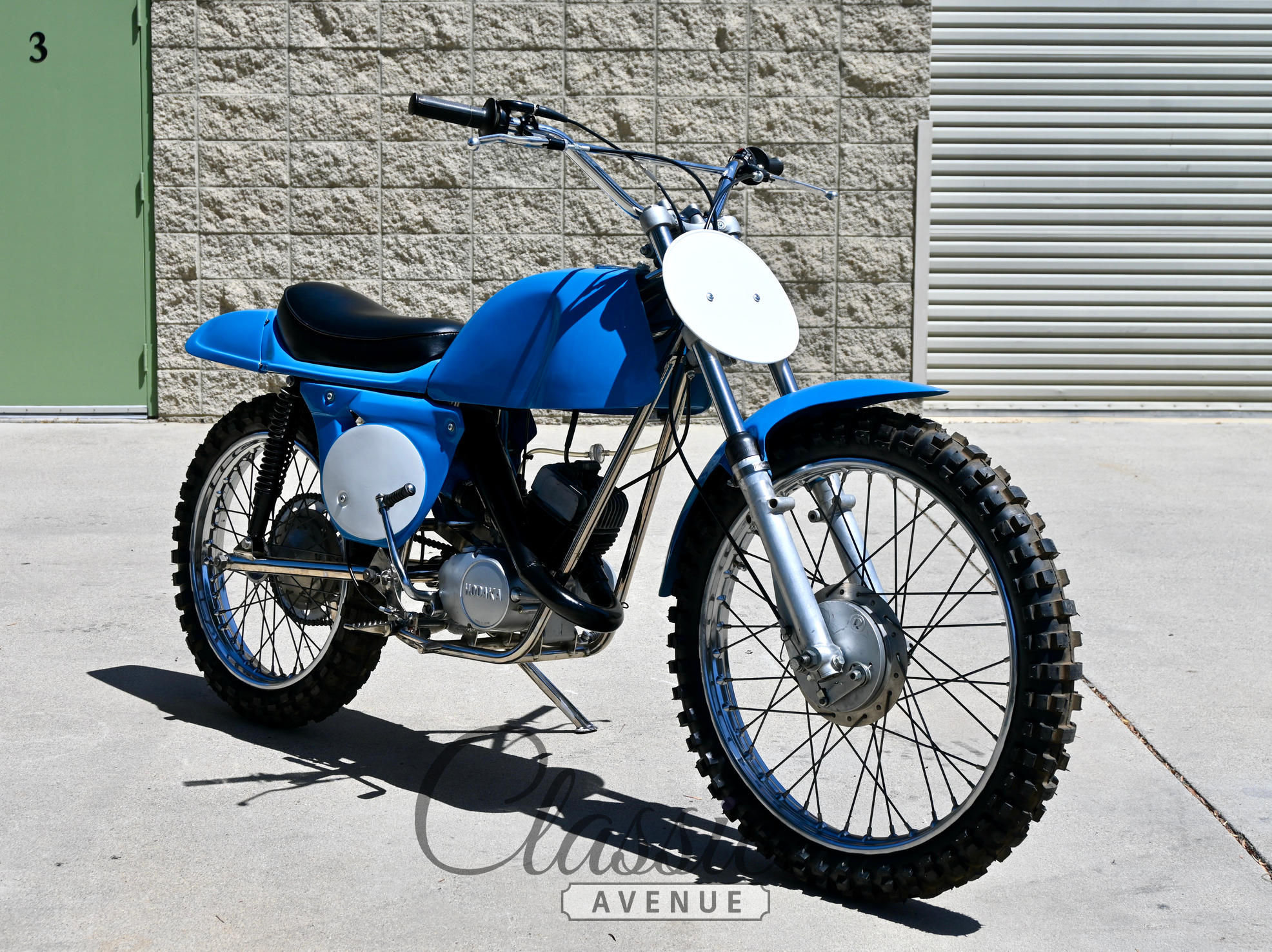 Looking back, it’s almost hard to believe. But one of the very best and most successful desert racebikes of the 1960s and early 1970s was the Hodaka Ace 90 and Ace 100 MX, also known as the Super Rat. You’d think they’d be too small and too slow to tame the massive Mojave desert, but as the Hodaka-powered machines played much larger than they actually were.

Naturally, the aftermarket got heavily involved in the Hodaka movement, with companies such as Webco, Van Tech, Steens and others selling all manner of go-fast stuff: Cleated footpegs, cylinder heads, expansion chambers, high-flow airboxes etc. were all scooped up by excitable enthusiasts looking for an aesthetic or performance edge.

Enter John Steens, a So Cal racer and bike-industry aftermarket businessman who helped launch the minibike craze in the very early 1960s with his Taco, Burrito, Tacquito and Frijole minibikes. Several years later, Steens gets into the custom bike business with a highly modified Hodaka 100, which he calls the Steens Hodaka SS – or Steens Special. The Special used a Hodaka engine and frame, but Steens added a host of better stuff: A Ceriani fork and Flanders TT-bend handlebar; a Torque Engineering exhaust and Webco head; a 3mm larger carburetor and quick-turn throttle; 17-/19-inch wheels in place of the stock bike’s 15-/17-inch combo; Carlisle tires and a Filtron foam air filter.

The Rickman brothers were already established moto-cross stars when they built the first Metisse in 1959 and within a decade their company would grow to become one of the biggest and best-known independent motorcycle frame-makers. In 1961 they introduced the first Rickman frame, designed specifically for unit construction Triumph and BSA Victor engines and the Rickman Micro-Metisse for smaller power units.

The bike offered here is a Steens-built, Rickman Micro Metisse with correct E-motor Hodaka power of 1970 vintage. It was restored to original specifications, includeing Dunlop rims, Ceriani forks, Rickman hubs and Avon glass with a replica exhaust. Additional upper rear shock mounts and supports were added to the frame prior to re-nickel-plating. In excellent condition, the bike remains unused since restoration on static display in a private collection for past several years. As such, the bike will need re-commissioning before returning to off-road use.

Sold on a bill of sale.