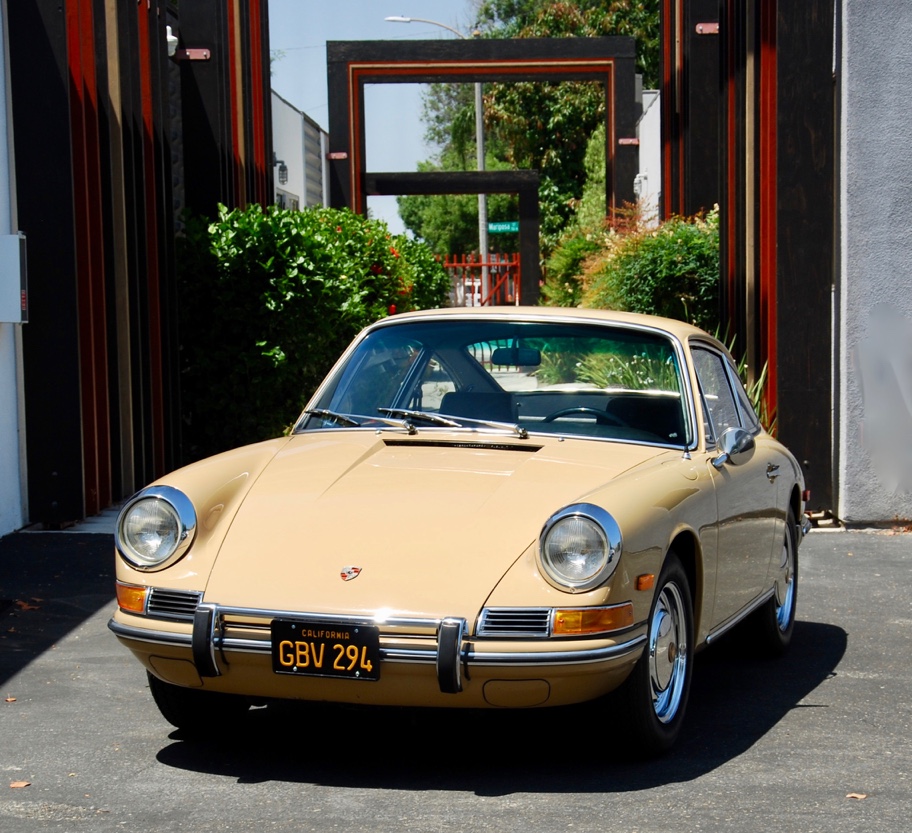 The 912 on offer here comes from a Southern California collector of exquisite cars and motorcycles. The car is best described as an unbelievable survivor, having been meticulously maintained, if not babied, through its entire ownership history. Originally purchased by Thomas and Jean Tyne of Broad Brook, Connecticut, the car, with 35 miles on the odometer, was delivered by the dealer, Ted Trudon of Talcottville, Connecticut, on June 18th, 1968, when Mr. Tyne started an incredibly detailed history file. His next entry was at 670 miles when the car was entered in for the 600-mile service 3 weeks later. And the entries, with mileage, go on… Key entries include servicing, wiper blade replacement, oil changes, and a full engine rebuild at the dealership in early 1979 at 79,000 miles. Eventually, the car was sold on July 5th, 2005, and the new owner puts in just a single entry, noting that the mileage was 128,000. The car then sold to our vendor a few years ago, who has continued with the rigorous maintenance and meticulous care of the car. Now, with 163,877 miles on the odometer, it is time to move the car to a new owner, to make space for a new project.

The car was highly optioned with 5-speed gearbox, front and rear bumper guards, chrome wheels, Blaupunkt radio and electric supplemental blower. Cosmetically, the car is in excellent condition, having had one sympathetic repaint in the original Sand Beige, leaving approximately 20% of the original finish. The paint has good lustre and depth of shine. There are two small bubbles under the rear side window, bottom of that panel, and one small scratch (photographed). The rest of the car is free of scratches, scuffs and dings, while chrome and brightwork shines as it should, and all rubber parts are soft. The original interior is in excellent shape, with a lovely patina and feel. There are no imperfections in any leatherette surface and carpets, panels and all glass are in excellent condition. The underside of the car is also clean and free of rust or rust repair.

Mechanically, the car is an absolute joy to drive. The engine is taut and responsive. The car starts easily, idles smoothly and has great power, while it shifts equally as smoothly through a perfect clutch feel. Air and fuel are mixed in original Solex split draft carburetors. The engine bay is very tidy and detailed. Brakes are firm, suspensión is taut and free of erroneous squeaks or clonks, and steering is precise. All gauges and electrical systems work perfectly.

This matching numbers example is accompanied by a Porsche Certificate of Authenticity, the amazing history file, substantial service and repair receipts, original books and manuals and toolroll.  The car is still registered with a “year of manufacture” black California license plate, GBV294.

This is a true opportunity to acquire a stunning example of Porsche’s delightful 912 sports coupé with unrivalled ownership history and documentation, in exemplary condition. This car has to be driven to be believed and all inspections are highly encouraged.