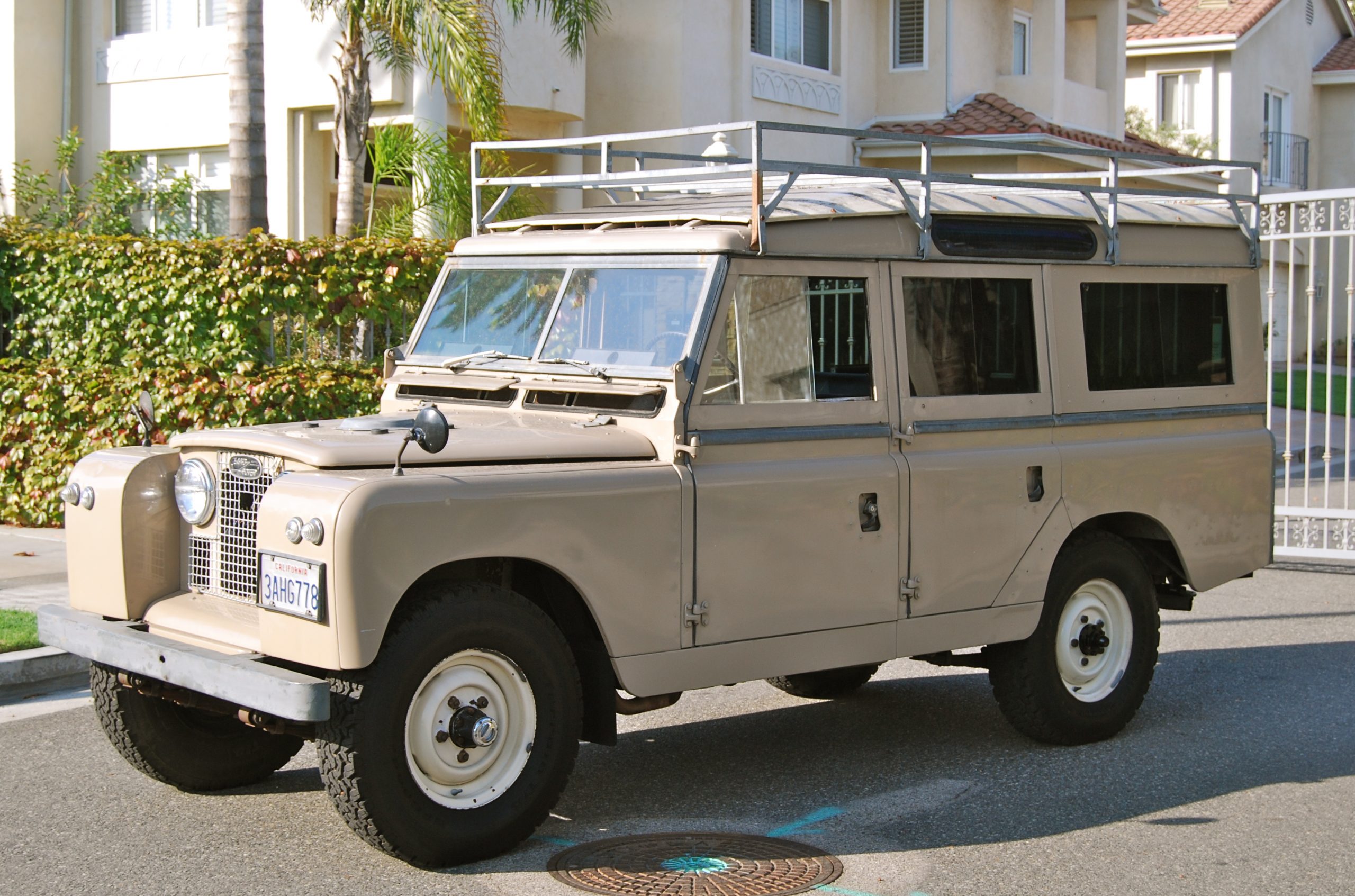 Rare 109” with 6-cylinder and overdrive!

The Land Rover was conceived by the Rover Company in 1947 and launched at the Amsterdam MotorShow during the aftermath of World War II. Before the war Rover had produced luxury cars, which were of limited demand in the immediate post-war period and raw materials were strictly rationed to those companies building construction or industrial equipment, or products that could be widely exported to earn crucial foreign exchange for the country. to produce.

Maurice Wilks, Rover’s chief designer came up with a plan to produce a light agricultural and utility vehicle, of a similar concept to the Willys Jeep used in the war, but with an emphasis on agricultural use.  Tests showed his prototype vehicle to be a capable and versatile machine.   However, as the vehicle was readied for production, this emphasis on tractor-like usage decreased.

The Land Rover was designed to only be in production for two or three years to gain some cash flow and export orders for the Rover Company so it could restart up-market car production. Once car production restarted, however, it was greatly outsold by the off-road Land Rover, which developed into its own brand that remains successful today.  The original truck featured innovative aluminium alloy bodywork, retained throughout production, and a sturdy box-section ladder chassis, which on Series vehicles was made up from four strips of steel welded at each side to form a box, thus cutting down on the complex welding operations required when making a more conventional U- or I-section frame.

1961 saw the introduction of the series IIA, although it was difficult to distinguish between it and the Series II. There were some minor cosmetic changes, but the most significant change was under the bonnet in the guise of the new 2.6-litre straight six petrol engine for use in the long-wheelbase models in 1967, the larger engine complemented by standard-fit servo-assisted brakes.  Body configurations available from the factory ranged from short-wheelbase soft-top to the top-of-the-line five-door station wagon. Only 811 of these were made. <br><br>

The truck offered, is a stunningly original example of this rare iteration of the classic Land Rover Series.  1967 marked the last year of import to the USA of the 109 Series IIA, making this a very rare truck, with the 6-cylinder 2.5 liter gas engine mated to the highly desirable overdrive 4-speed manual ‘box.  The truck runs very well indeed, though a little cold-blooded, and shift well.  Brakes and steering work well as does all electrical.

This astonishing two-owner from new example is completelty rust-free, but for minor surface rust as can be seen in the photos.  There is no evidence of accident or rust repair anywhere on the truck.

The interior is very original.  IT would be very cheap and easy to completely restore the panels and seats, but I would prefer to show the truck’s originality and great patina.  The truck features the great option of 9 passenger seating.  What a brilliant alternative to a minivan!!