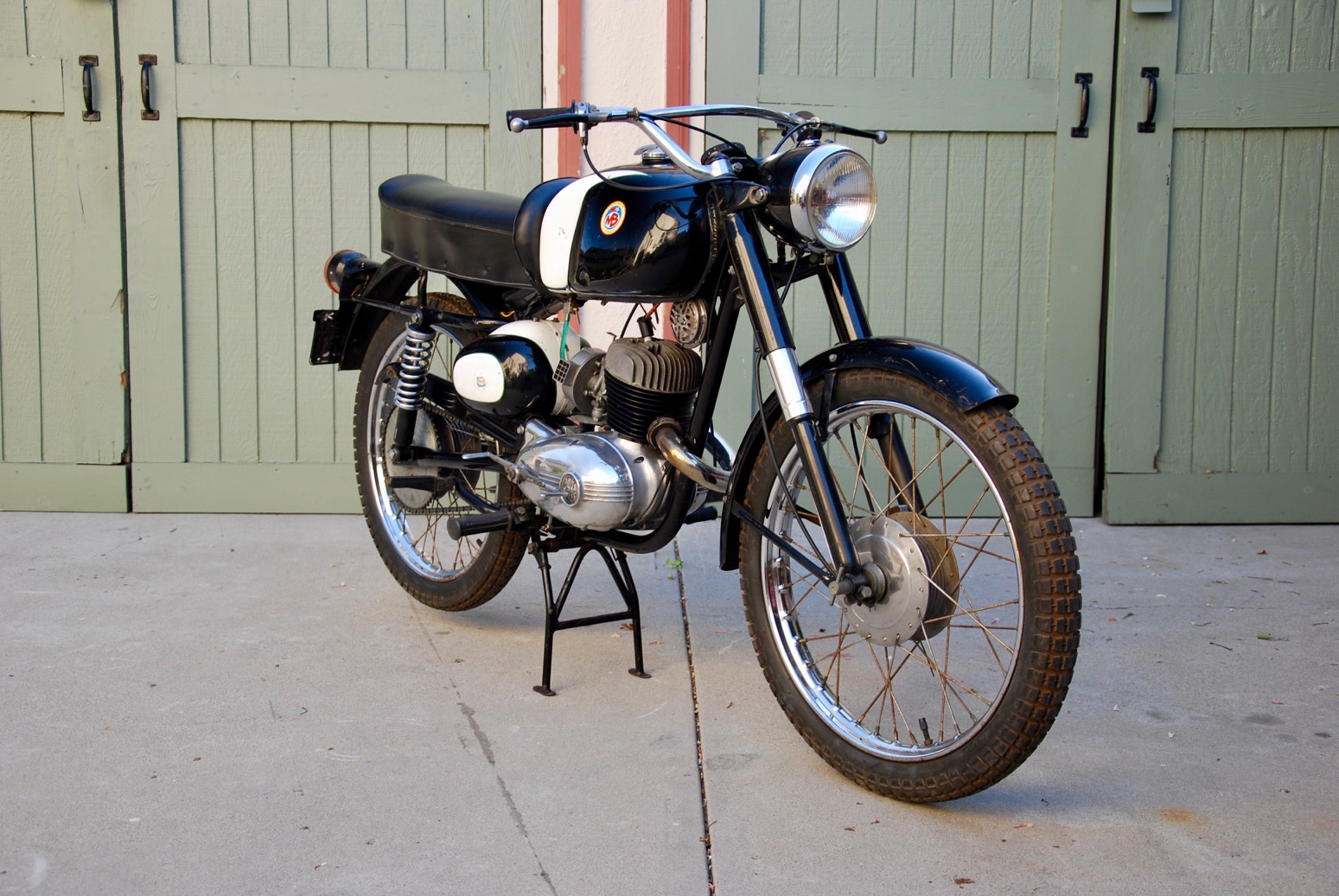 The story of Moto Beta began in 1905 as a Florentine-based bicycle manufacturer, headed by Giuseppe Bianchi, who teamed up with his son, Enzo and his friend, Arrigo Tosi, whom he met while he was on military service. As many manufacturing concerns of immediate post-WWII Italy, the firm turned their hand to motorized transport, to satiate the hunger for cheap, reliable transport. The initials of Bianchi, Enzo and Tosi, Arrigo create the name of the distinctive Florentine manufacturer known as Moto Beta. The firm commenced making clip-on motors for attachment to bicycles before producing its first proper motorcycle in 1950. Proprietary engines were used at first before Beta progressed to making its own power units. Their ascension really began in the 1950’s with machines such as the 125 Urano, 175 Vulcano and the competition two stroke, the MT 175. During this period, Moto Beta was active in local events and also races that captured the national stage like the Motogiro d’ Italia and the Milano-Taranto events. Moto Beta continues to build on this rich history, creating high end and competitive enduro and offroad machines.

Known as the XTR-125, the motorcycle on offer is a continuation of the Urano model, with a nod to the Scrambler craze of the 1960s. The Urano appeared in the mid 50’s with an FB Minarelli provided, 125cc engine with 4 speed ‘box. The XTR- 125 shares this engine and given its more than 10-year run, engine spares are obtainable. Despite the long production run, this particular model remains extremely rare, with less than a handful known to be in the US.

The machine offered, hails from a knowledgable collector of diminutive Italian mid-Century machines. A project that he worked on occasionally over the last couple of years, the bike is now back in riding condition. The engine was fully rebuilt from the new crank seals and bearings up. Original parts were preserved and reconditioned to keep the bike authentic. The bike is well conserved with original paint and even the original Pirelli tires.

The bike starts easily, and rides well with all the sensory overload of a small capacity Italian 2-stroke.

Provided is the original certificate of origin, pictured, a period California black license plate, a pair of new rims.

Sold with a bill of sale.