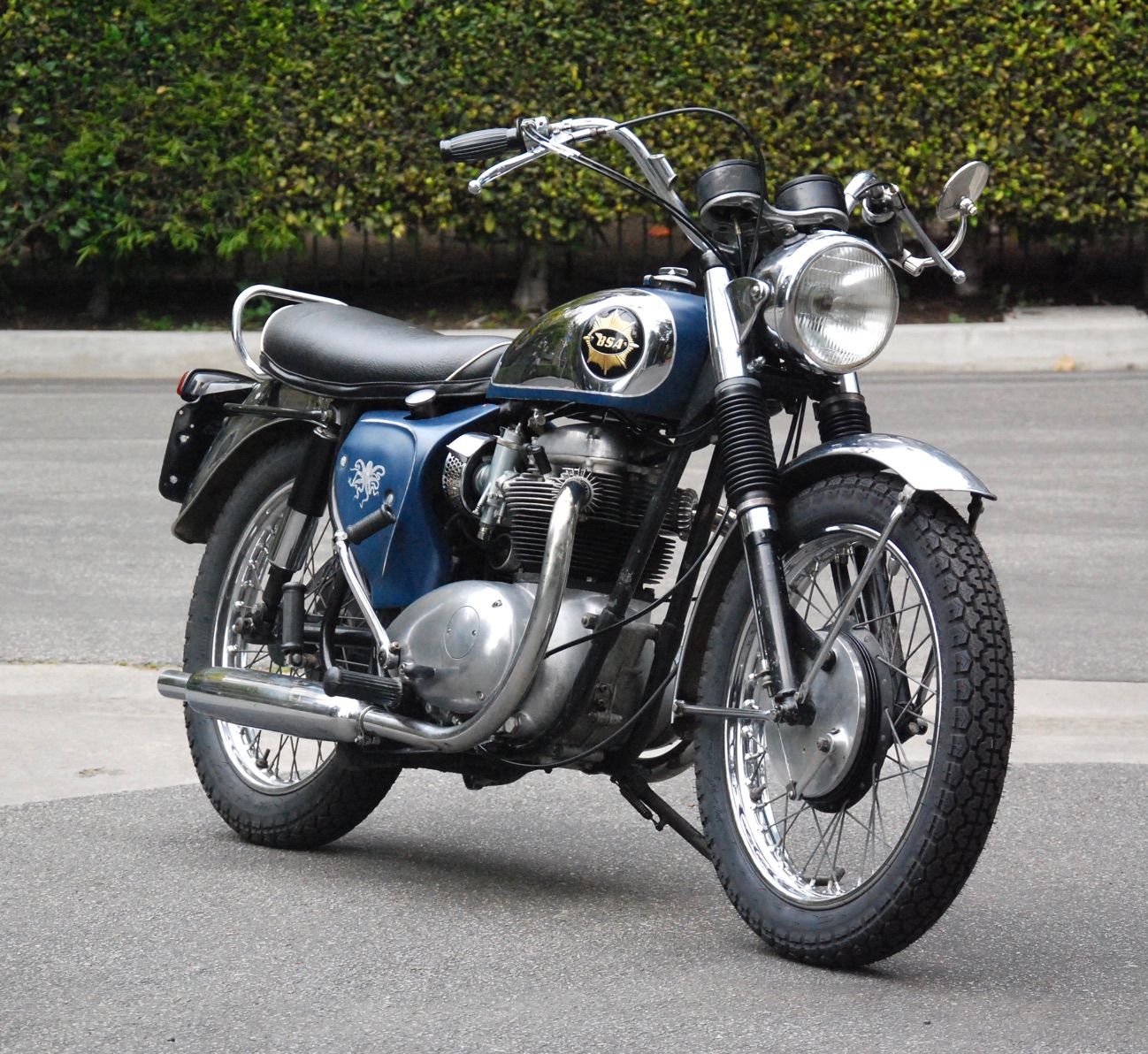 1965 BSA 650cc A65 Lightning Rocket. BSA followed their acquisition of Ariel with the purchase of Triumph in 1951. It was decided from the outset that BSA and Triumph would retain complete autonomy. Indeed, that policy endured for almost two decades, until BSA Triumph Group Ltd were in dire financial straits, by when a certain amount of ‘badge engineering’ did then occur, albeit against great opposition from a loyal middle management.

BSA’s 650cc A65 sold across the globe in tens of thousands; its rugged engine also evolved into the definitive mode of propulsion in the hyper competitive world of European sidecar racing. By 1965 this machine had become the Lightning Rocket, which was a natural design progression aimed at the American market. A highly tuned version of the BSA A65, with twin Amal 389/206 carburettors and high compression pistons combined with an optional close ratio gear box to give lively acceleration. Not just the extra power, but American market high bars were thought to be persuasive to an American buyer in the mid-1960s.

The 1965 BSA 650cc A65 Lightning Rocket offered, is in remarkable original condition Obviously, a great deal of patina is showing through on tank and side panels, but the one can see that the bike has not been “messed with”. But after many years of enjoyment, the engine was a little tired. The owner, a BSA aficionado and collector, employed the services of his preferred mechanic to completely rebuild the engine from the crank up. Well maintained since, this bike is a true 1-2 kicker. I can attest to this, having stored it for a couple of weeks before getting to a photo shoot and it fired up on the first kick. It rides well with great brakes and good suspension. It feels taut for an old British bike.

It has some interesting features not too common these days, including the longer headlight, original ‘bars with cable tubes and the chrome panels over the top of the air filters.

Although titled as a 1969, a BSA Owners Club Dating Certificate accompanies the bike and states that this matching numbers machine was “despatched as a 650cc A65-2L Lightning Rocket to Hap Alzina, Oakland, California USA on the 1st July 1965.”

A great bike to be enjoyed for many years.