Signor Giovanni Parrilla owned a shop on the outskirts of Milan specializing in the repair of diesel injector pumps and he also held an agency for Bosch sparking plugs before turning to the motorcycle industry in 1946. The first Moto Parilla (dropping an ‘r’) was a 250cc overhead-camshaft single-cylinder racer, designed by Ing. Giuseppe Salmaggi, of Gilera Saturno fame. Giovanni Parrilla was a big Norton fan so the 250-racer’s engine employed a bevel-driven overhead-camshaft just like the British manufacturer’s Manx. There the similarity ended however, for the Parilla was a thoroughly modern design boasting unitary construction of the engine/transmission and geared primary drive. The new power unit went into a welded loop-type chassis featuring a single down-tube, girder front fork and plunger rear suspension. Ridden on its debut by Nino Grieco on 1st October 1946, the Parilla could claim to be Italy’s first new racing motorcycle since the War’s end. Production of road and race (corsa) models began in 1947.

In 1957, Parilla embarked on a new venture, introducing a range of lightweight motorcycles powered by outwardly similar two-stroke and four-stroke horizontal engines of unitary construction, the first of which was the fully enclosed Slughi model. Engines were suspended beneath a spine-type frame, with the swinging arm pivoting directly in the gearbox casing. A conventional un-enclosed model followed; the latter was launched in 1960 as the Impala, though the name changed to Olimpia soon after.

Offered here is an example of the 100cc 4-stroke Olimpia model. As part of a very substantial Northern California collection, the bike was purchased from a collector on the East Coast, who had meticulously restored the bike. Exquisitely presented, the restoration has held up exceptionally well. On static display for a few years, the bike will need the usual re-commissioning before returning to safe road use. 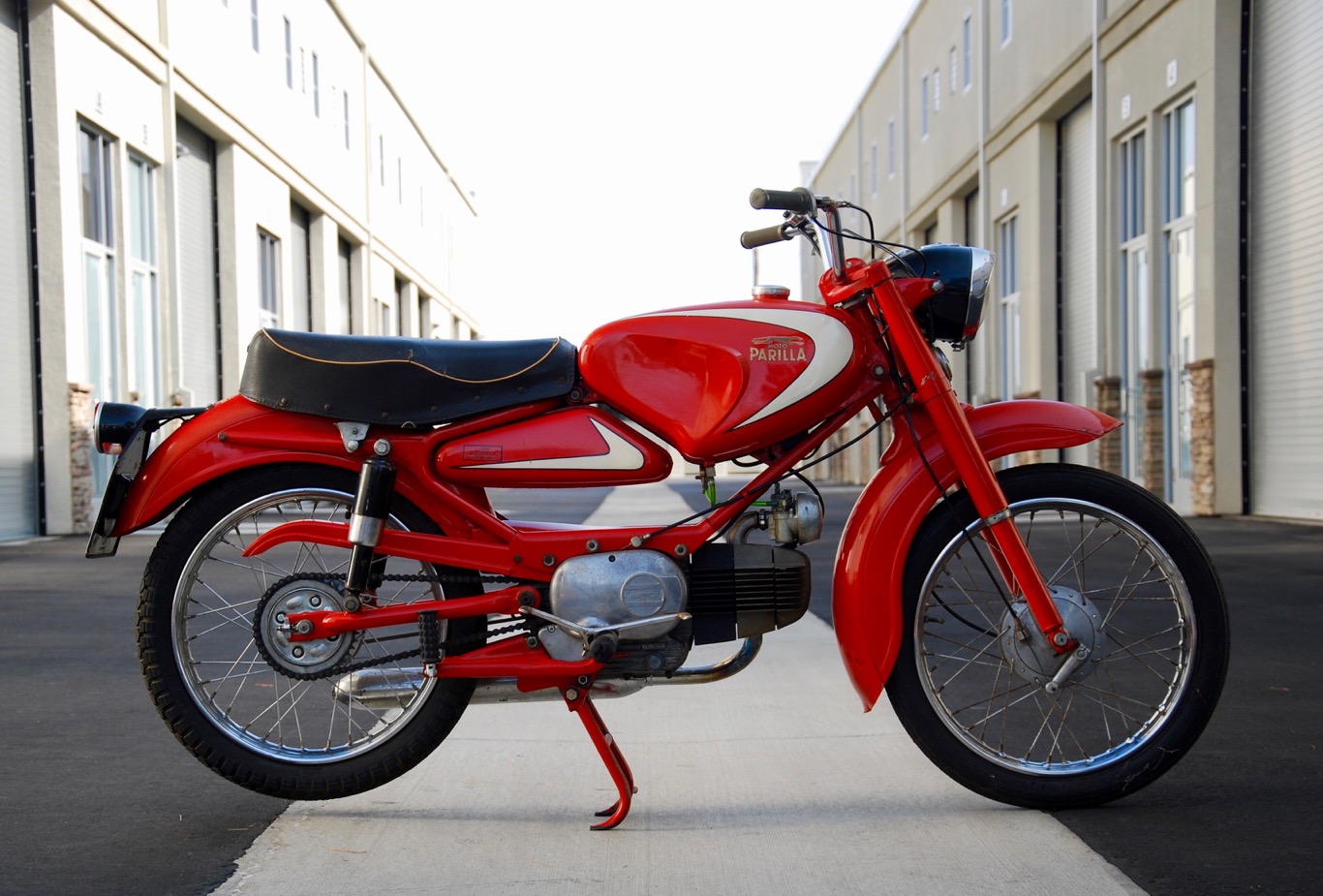 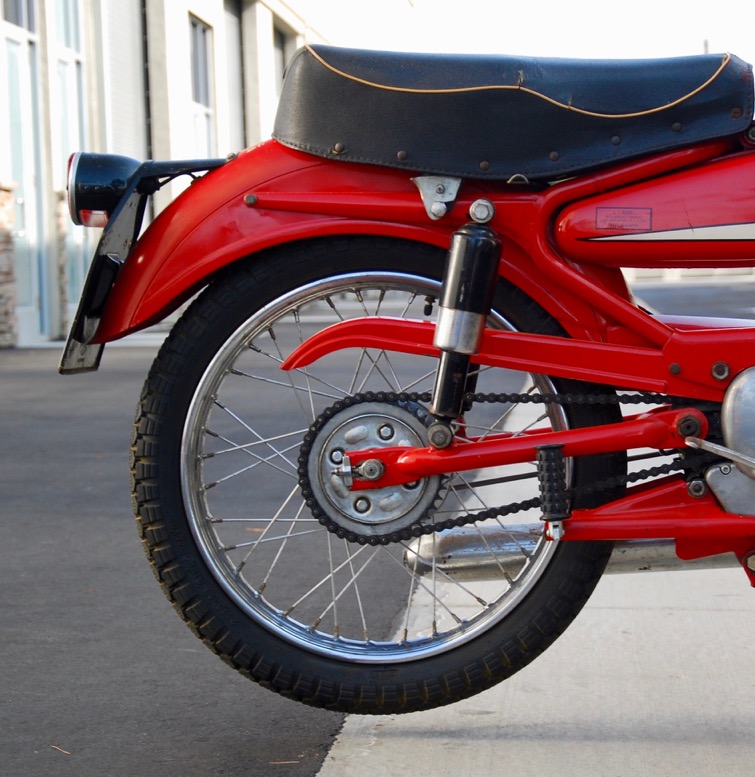 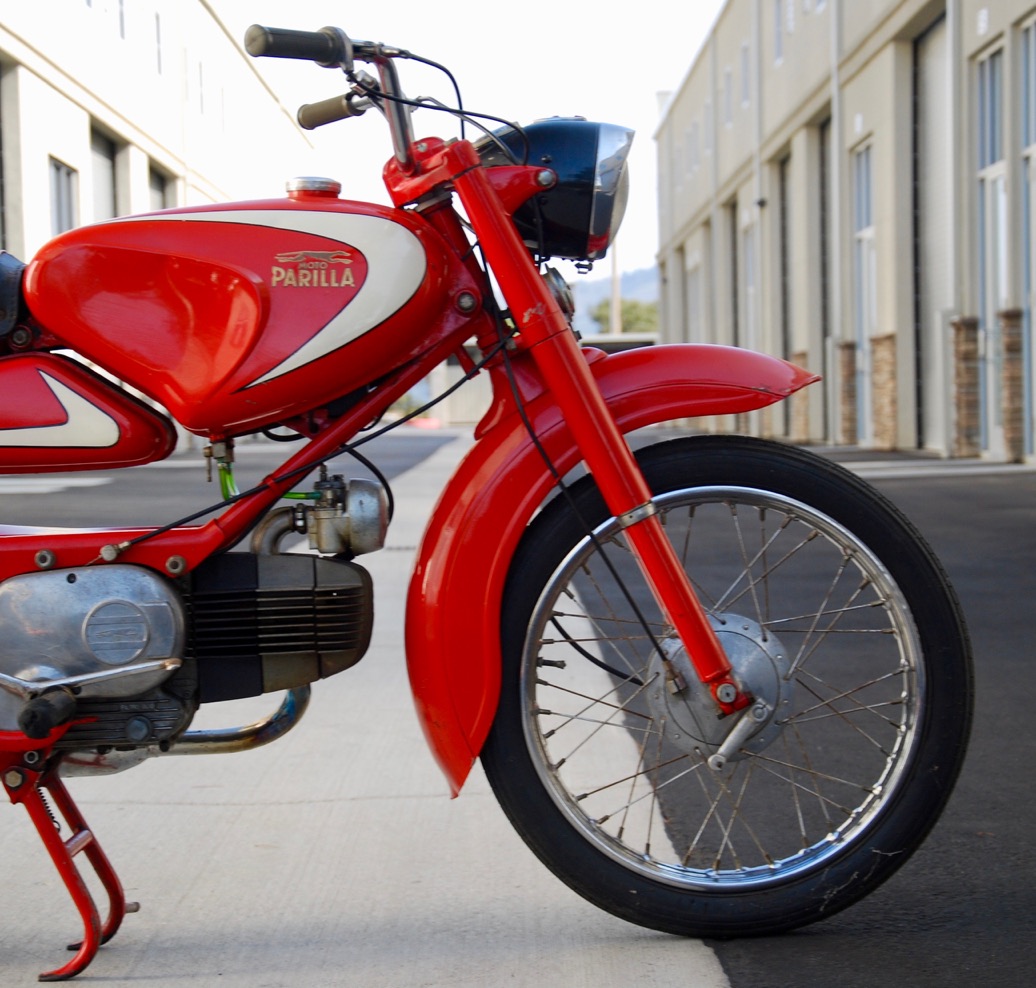 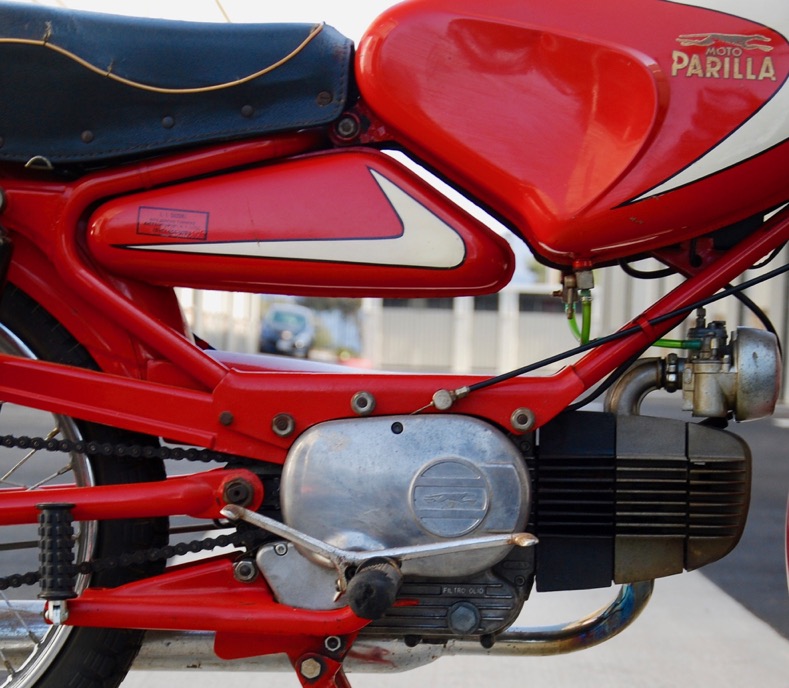 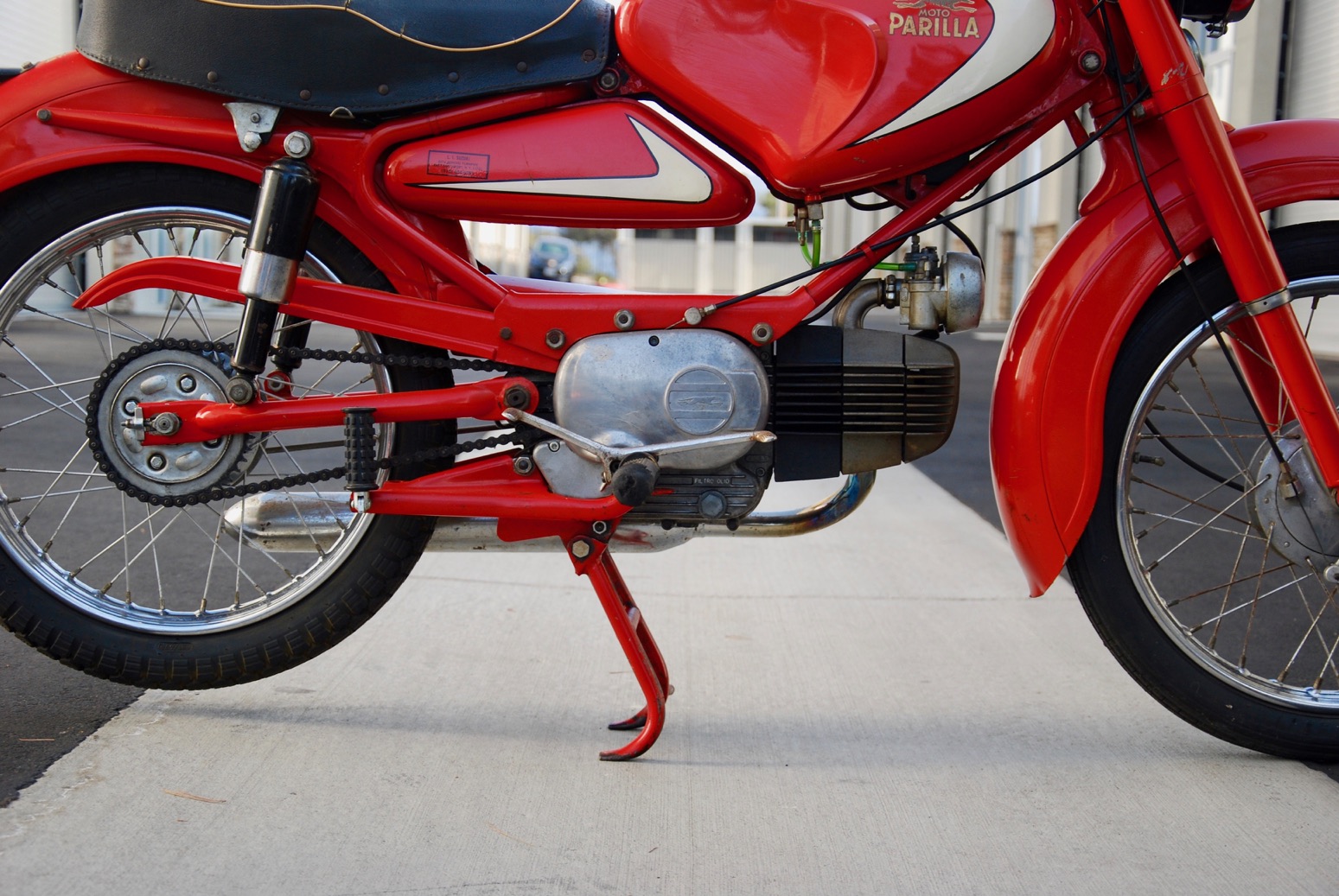 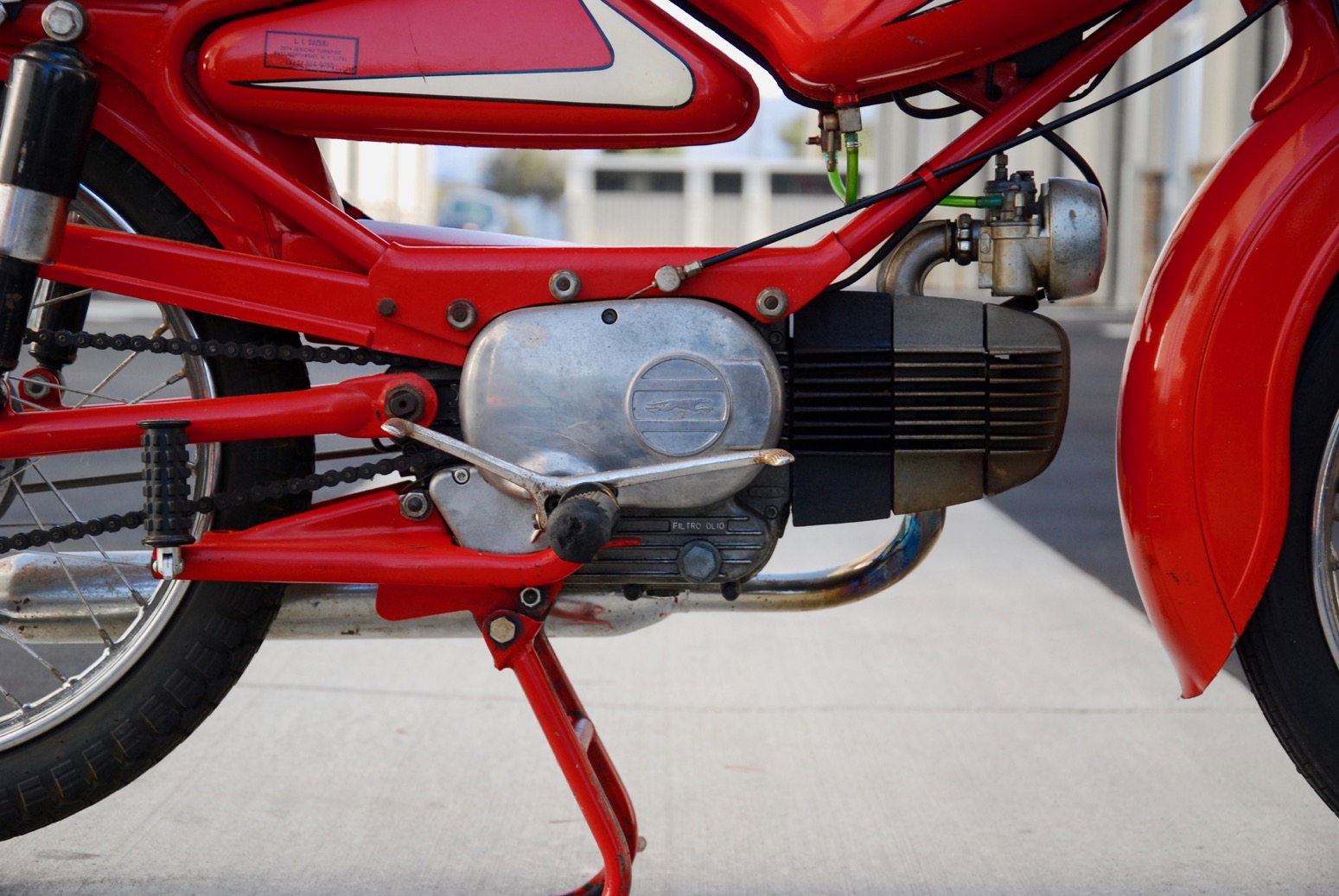 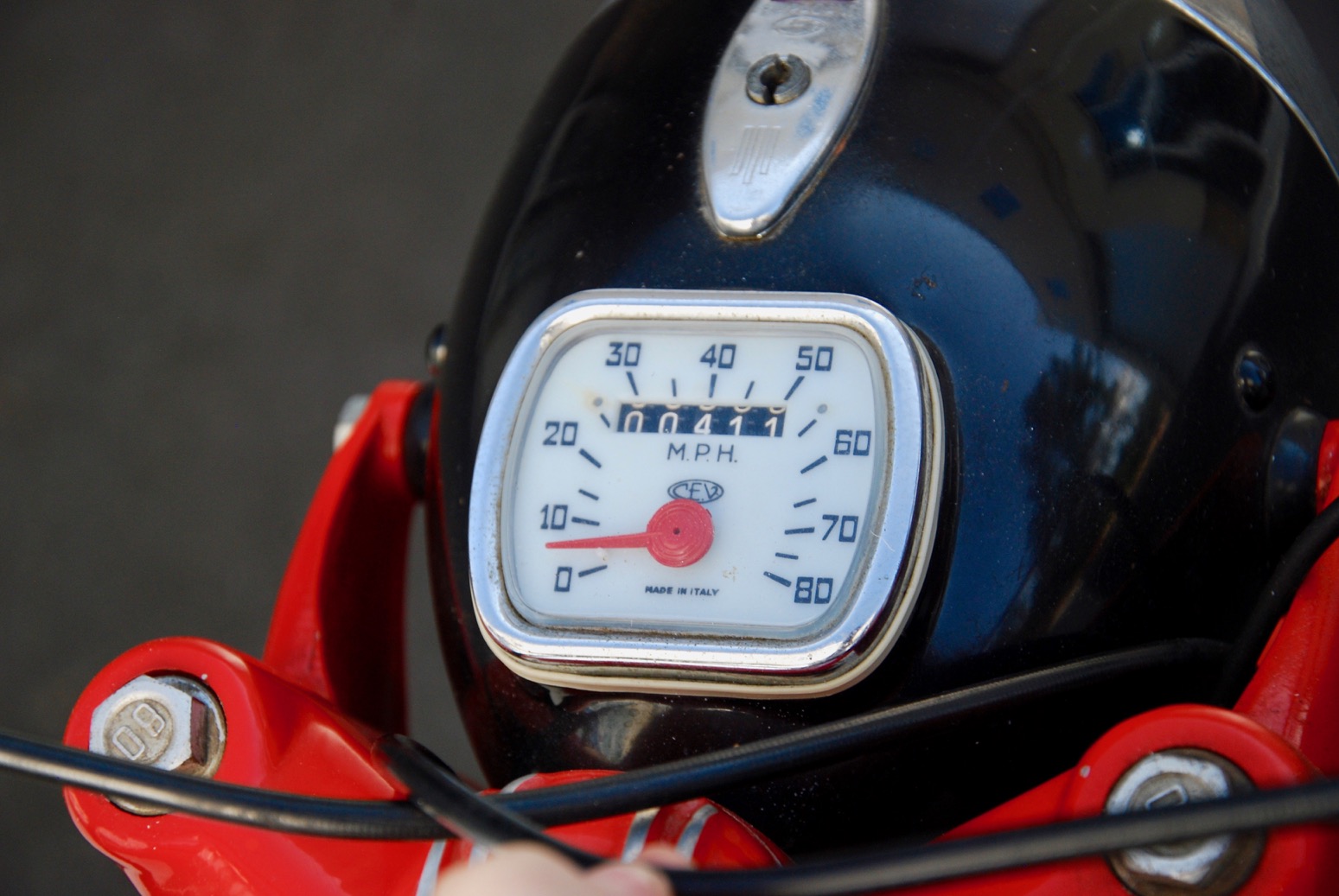 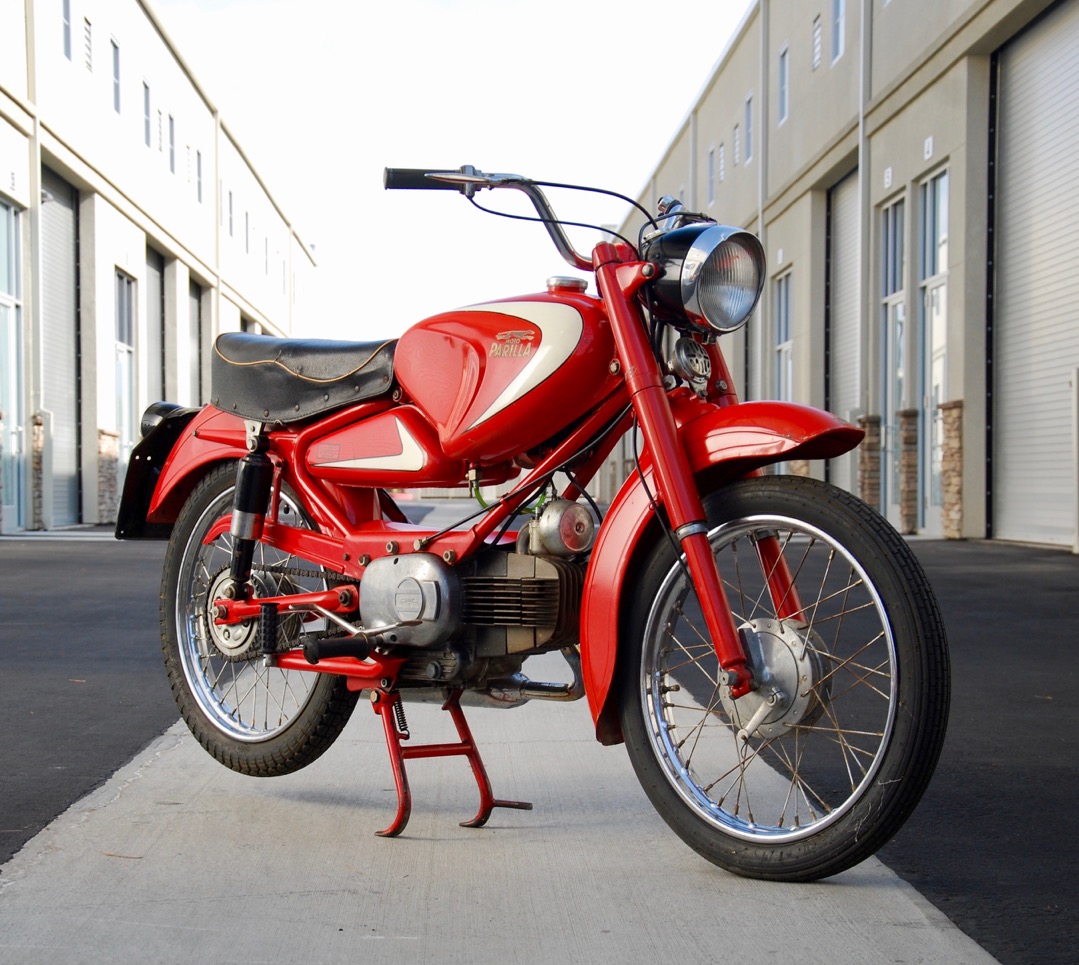 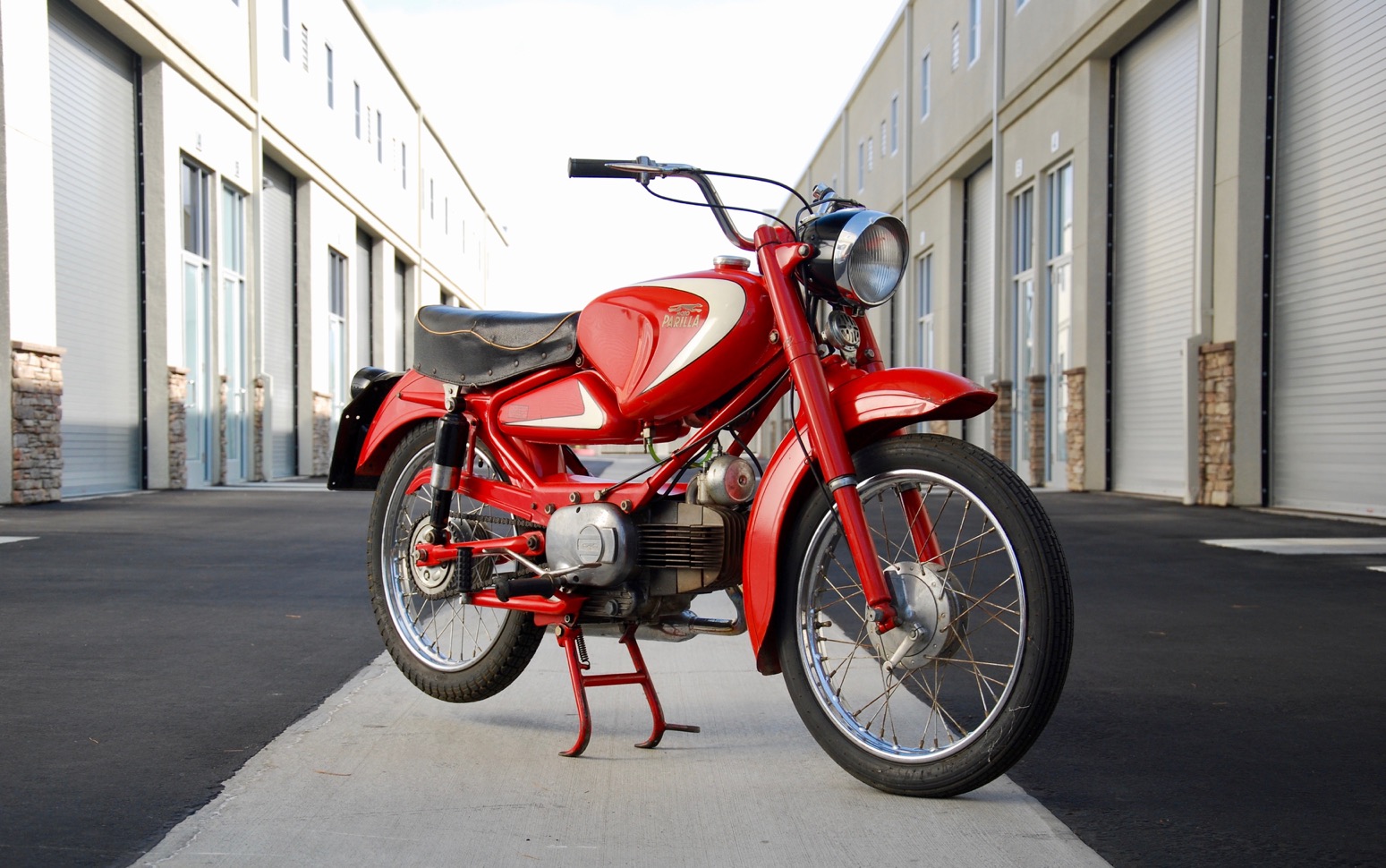 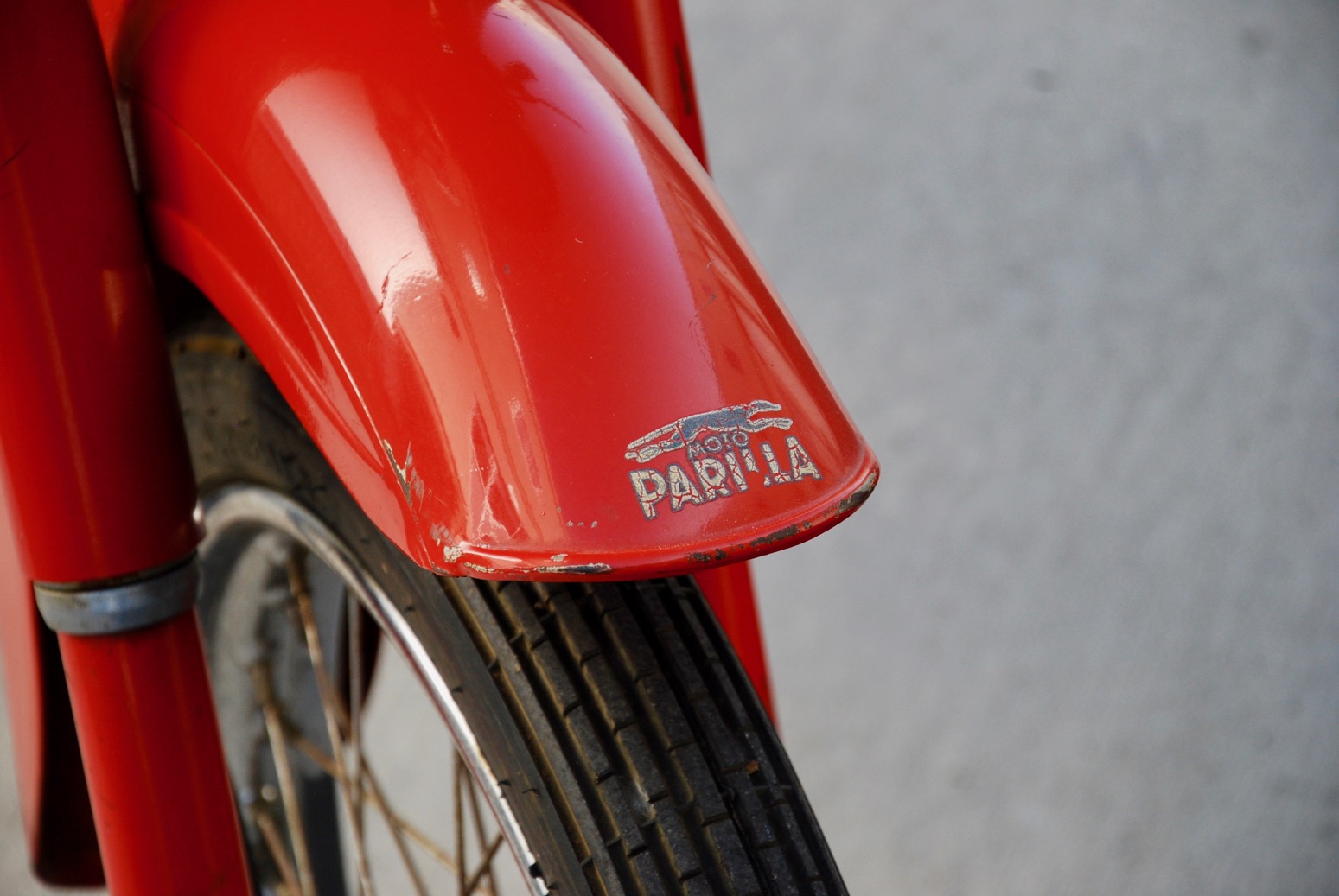 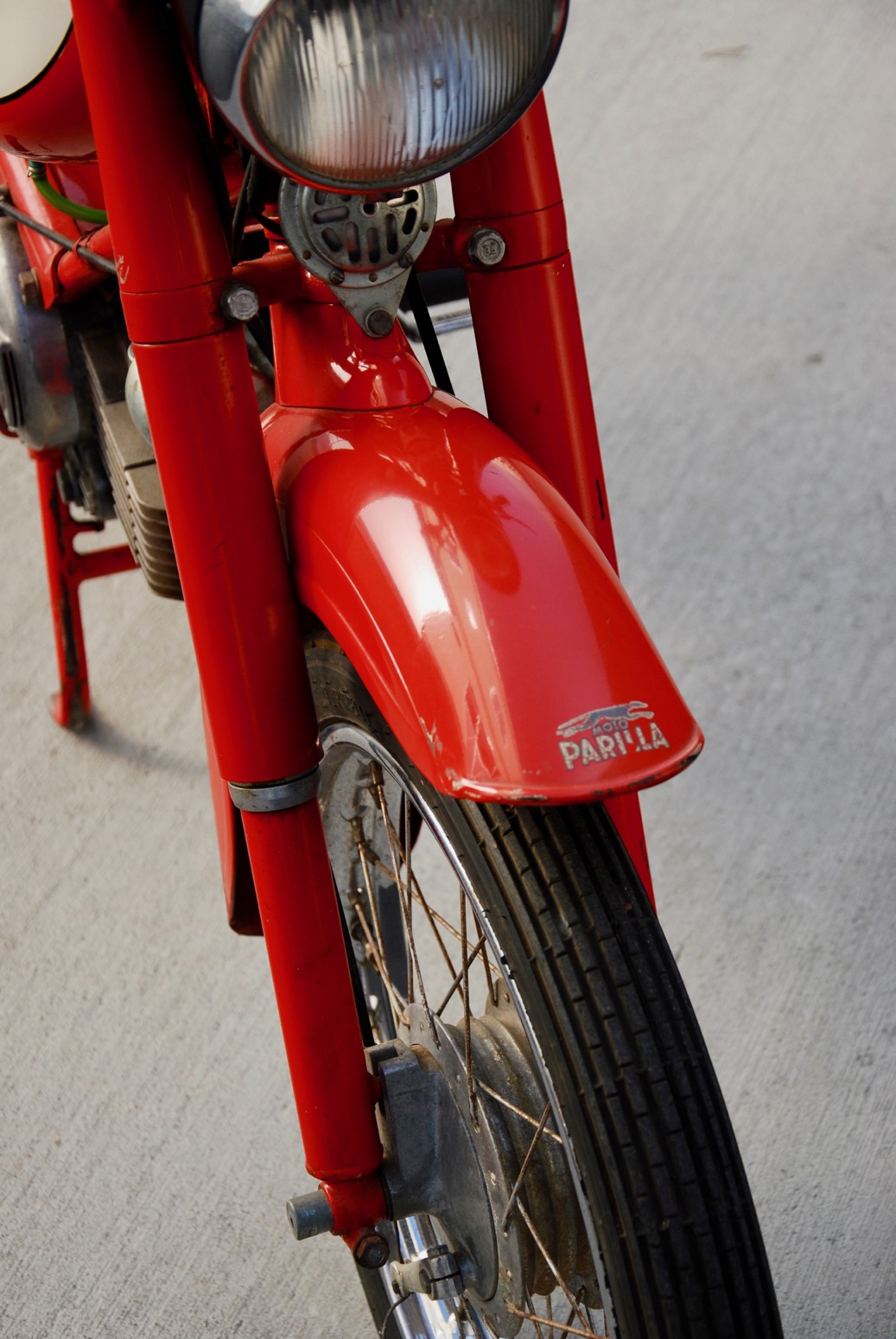 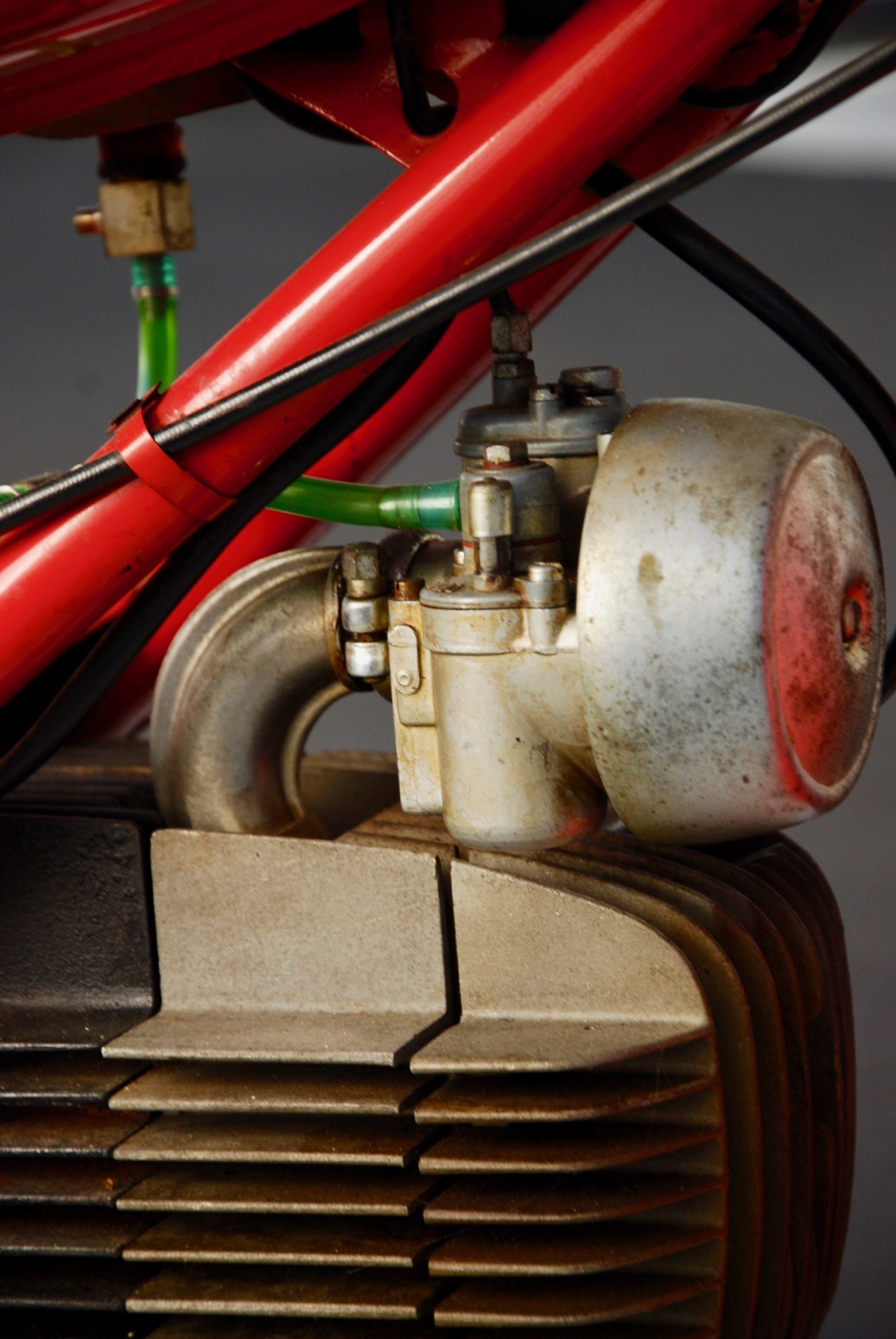 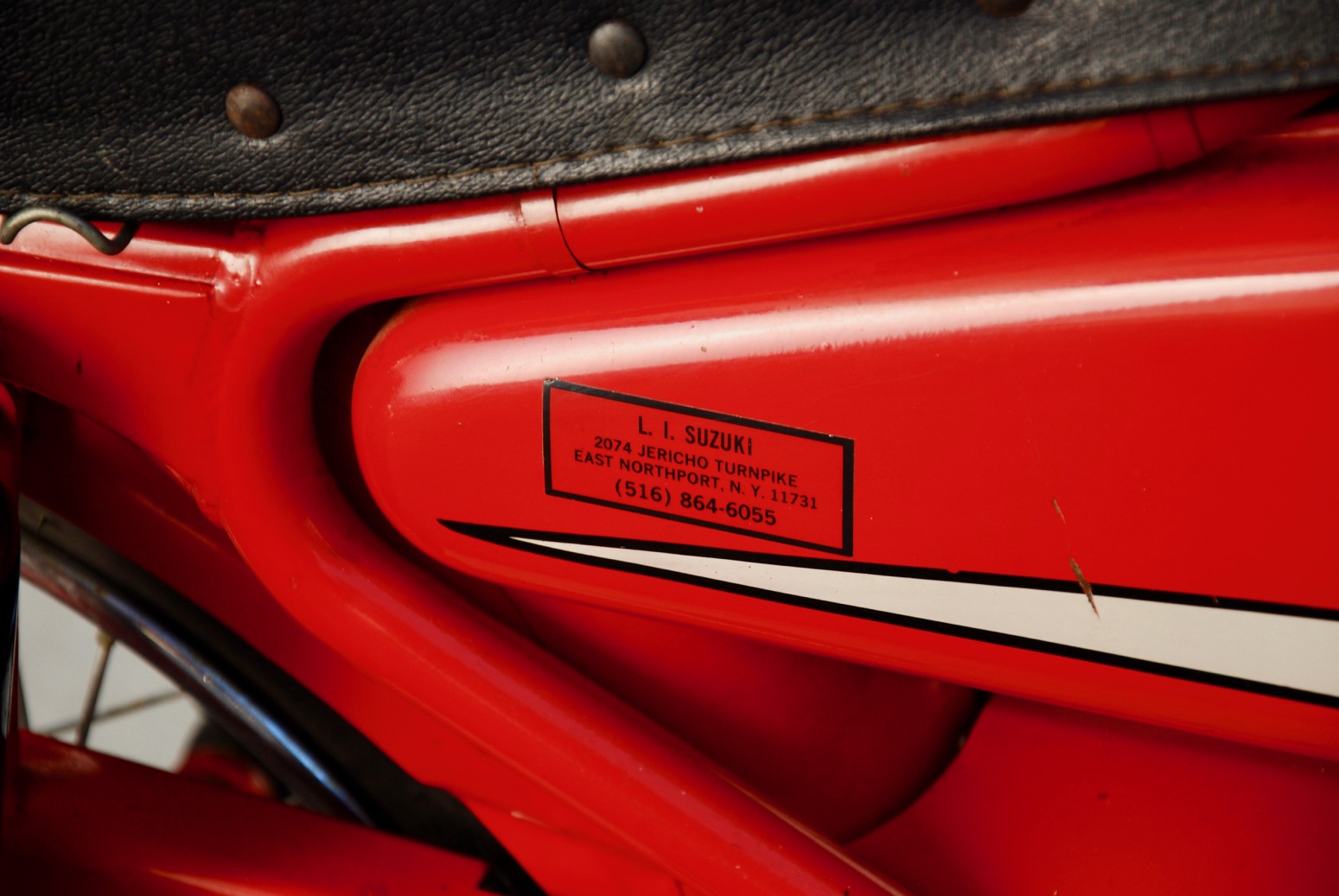 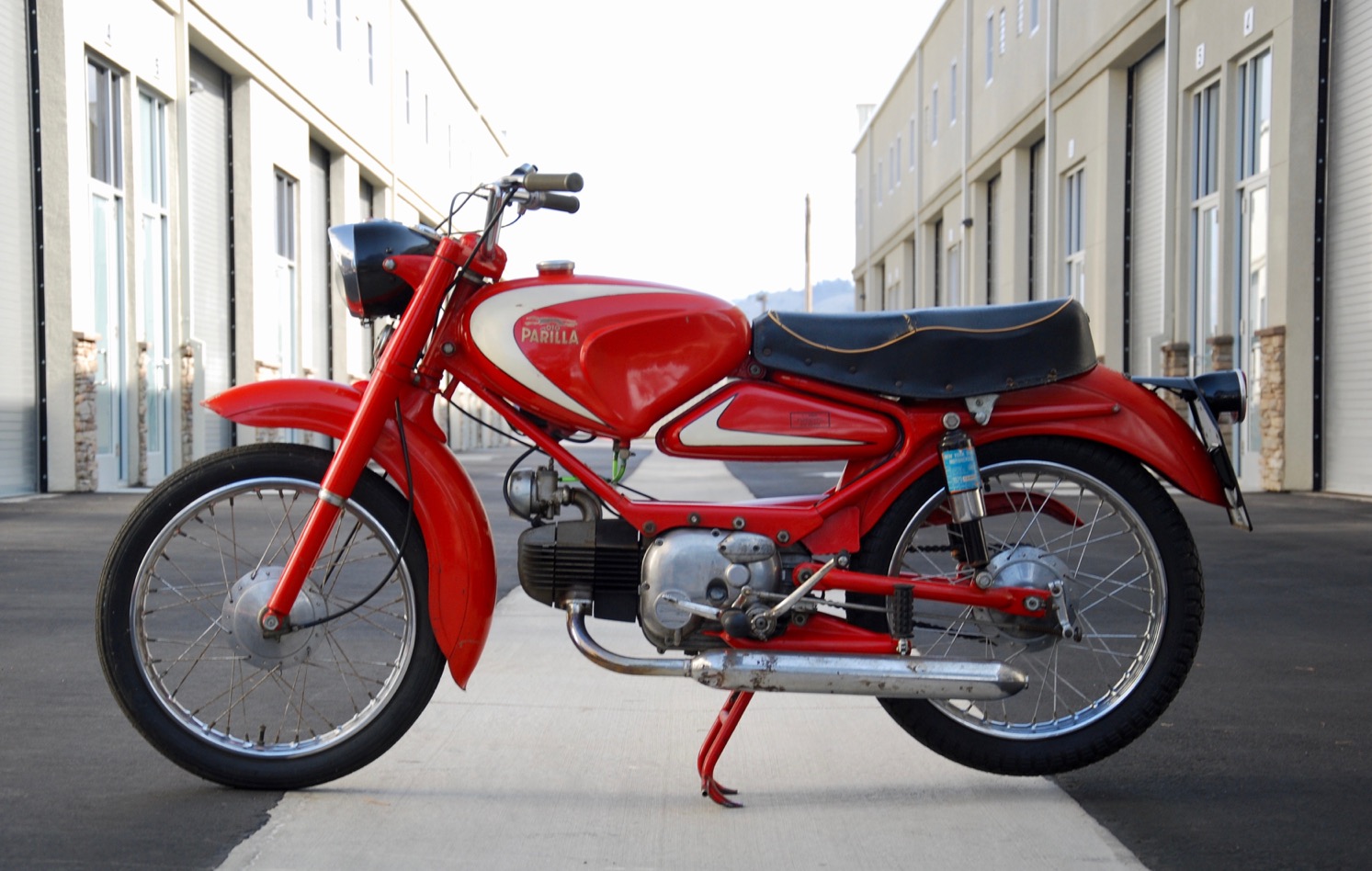 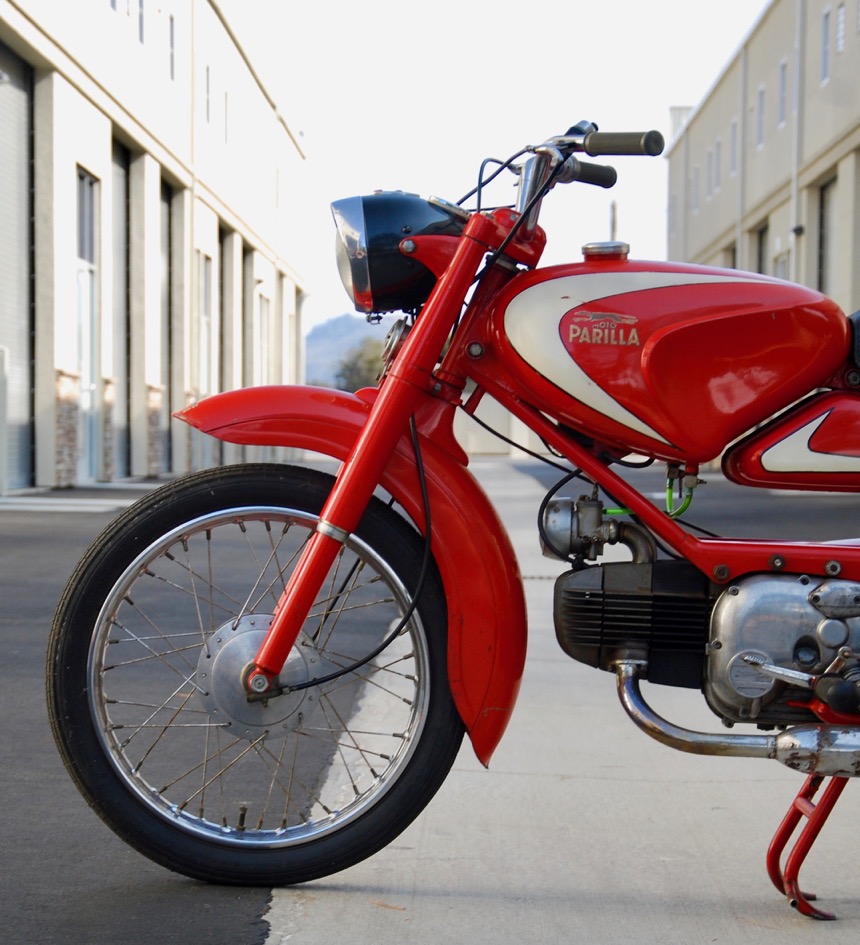 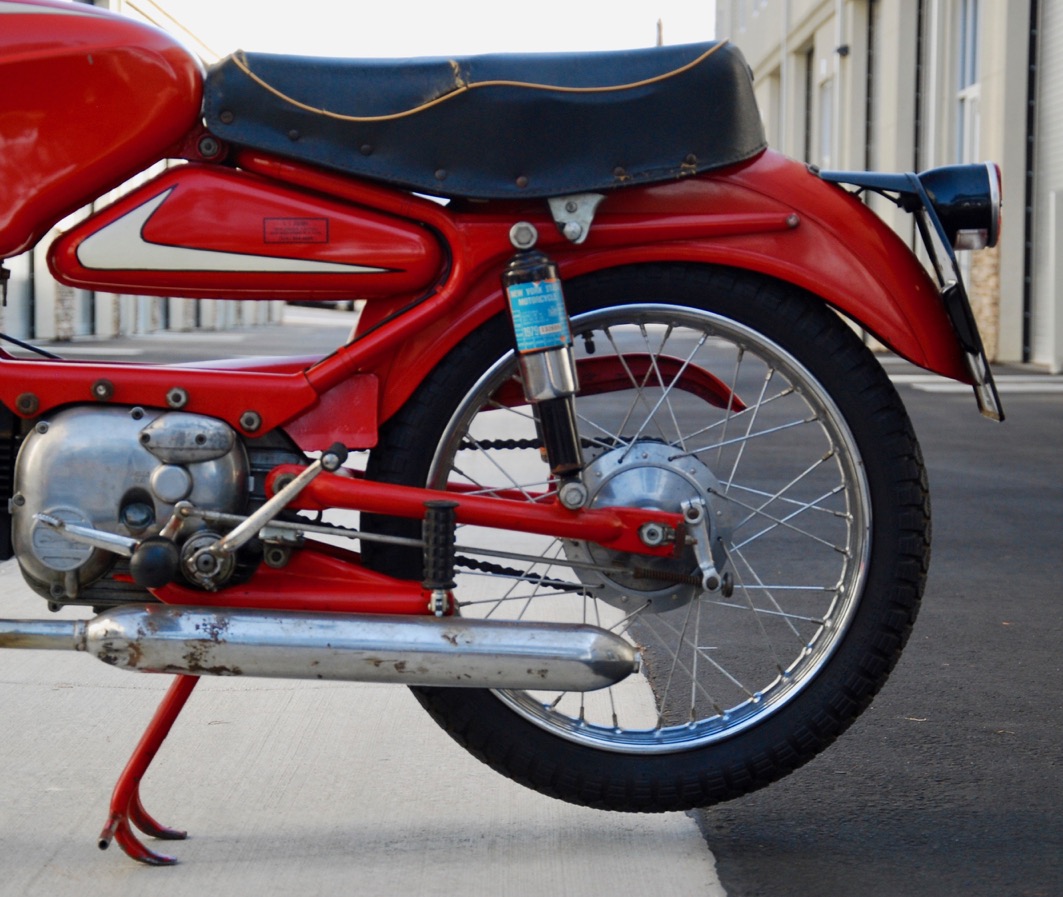 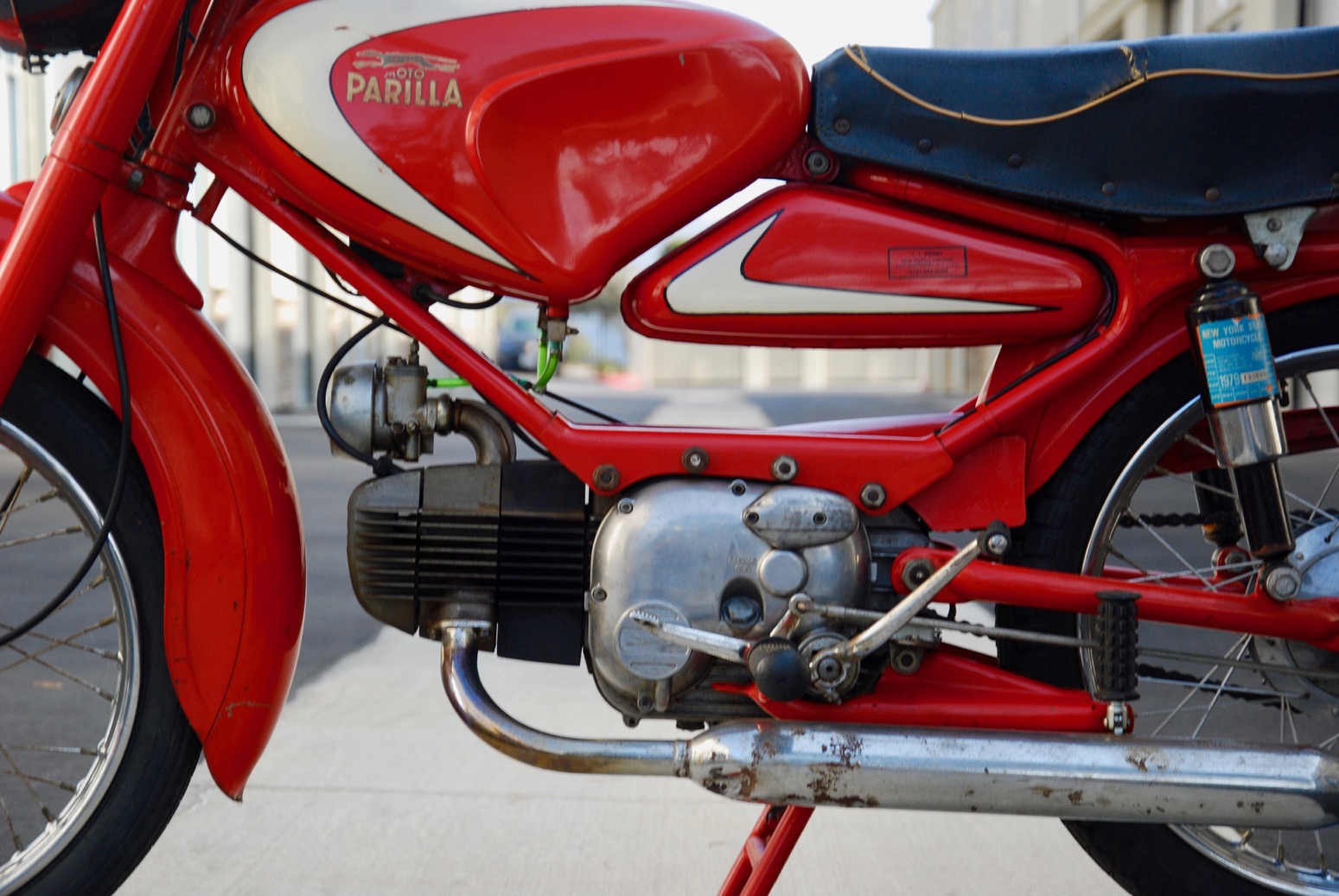 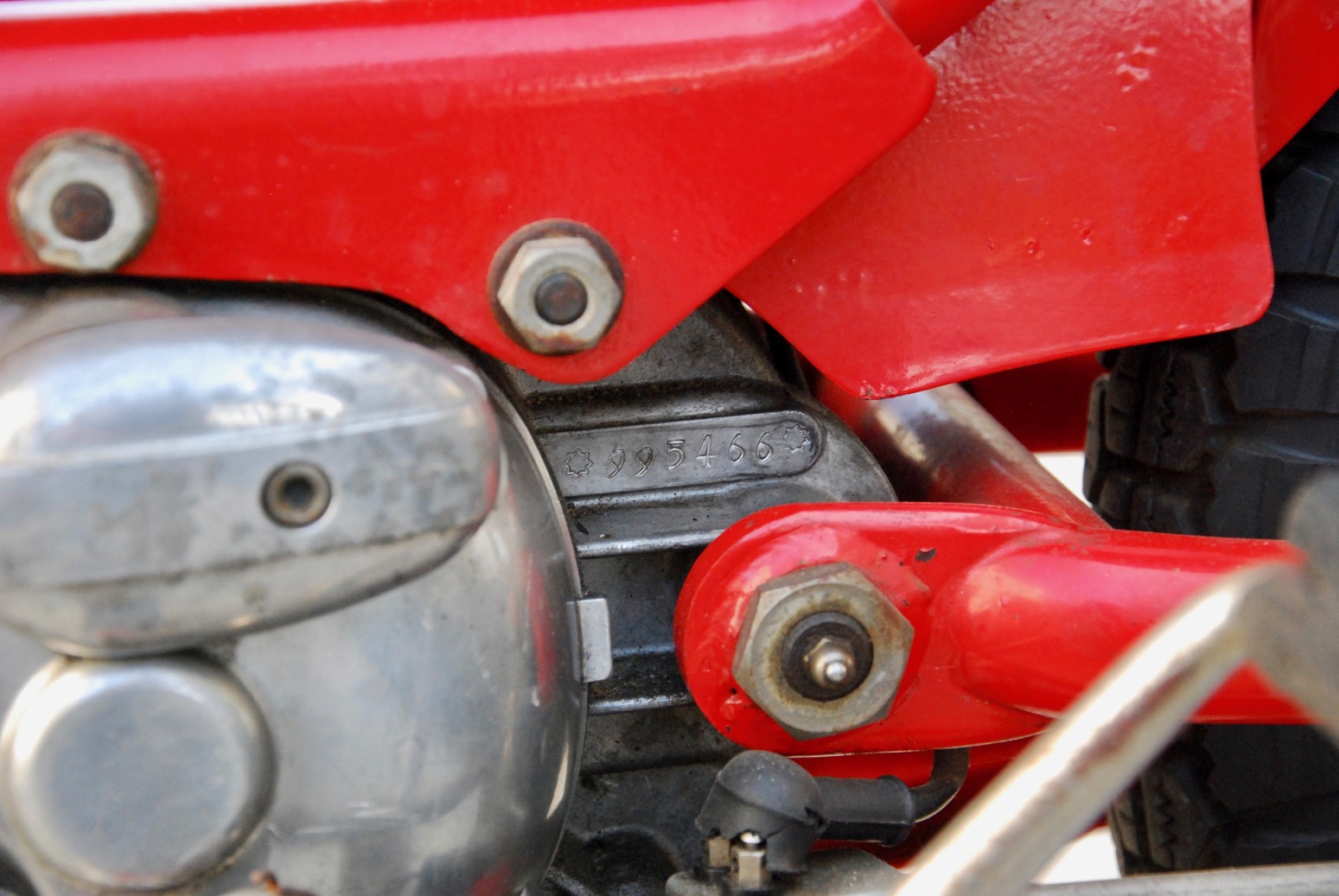 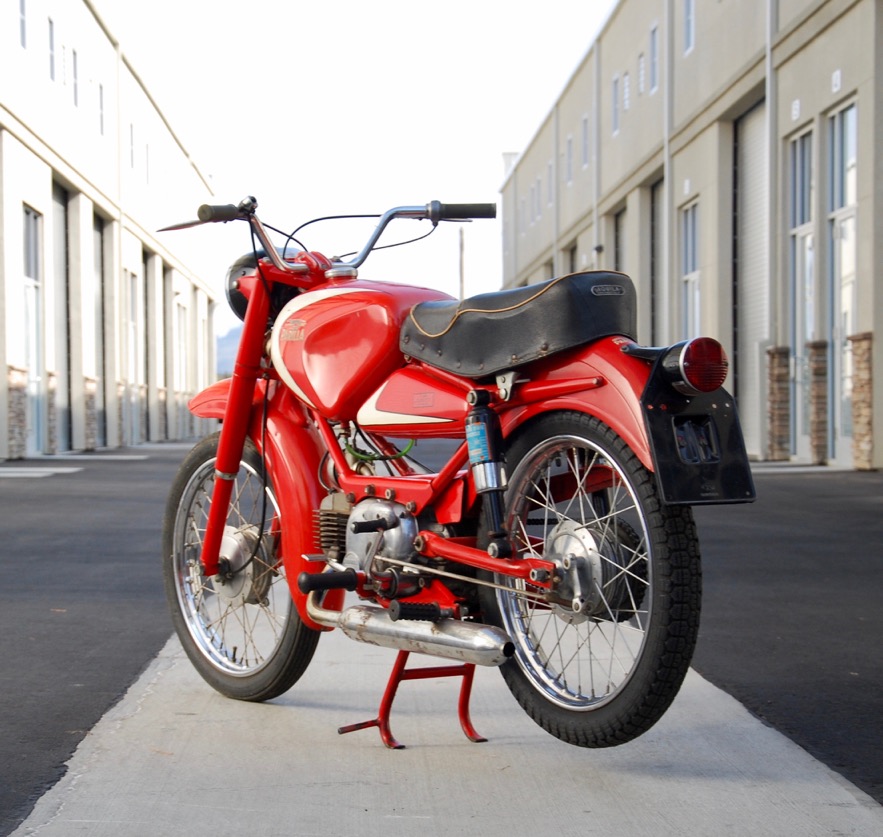 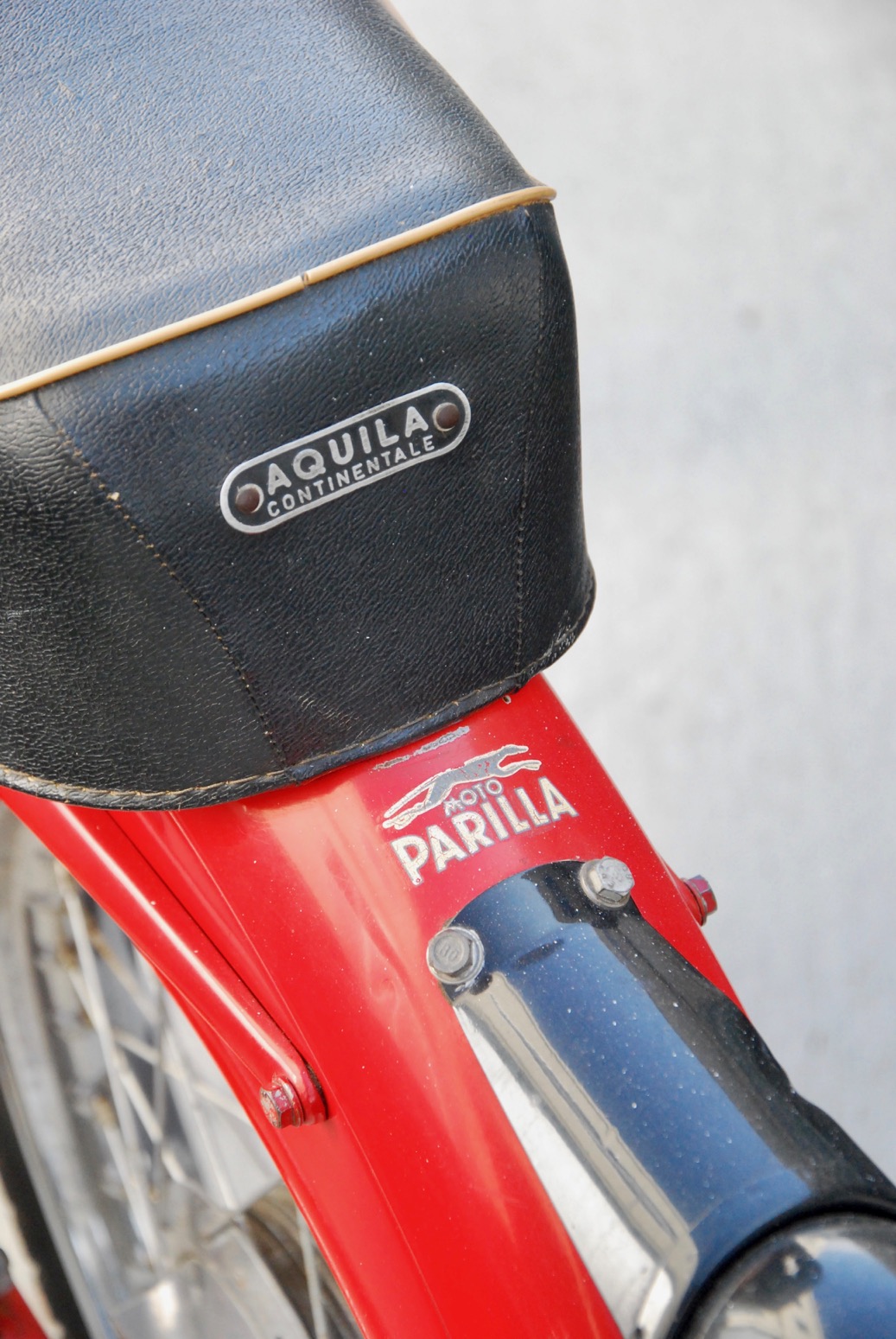 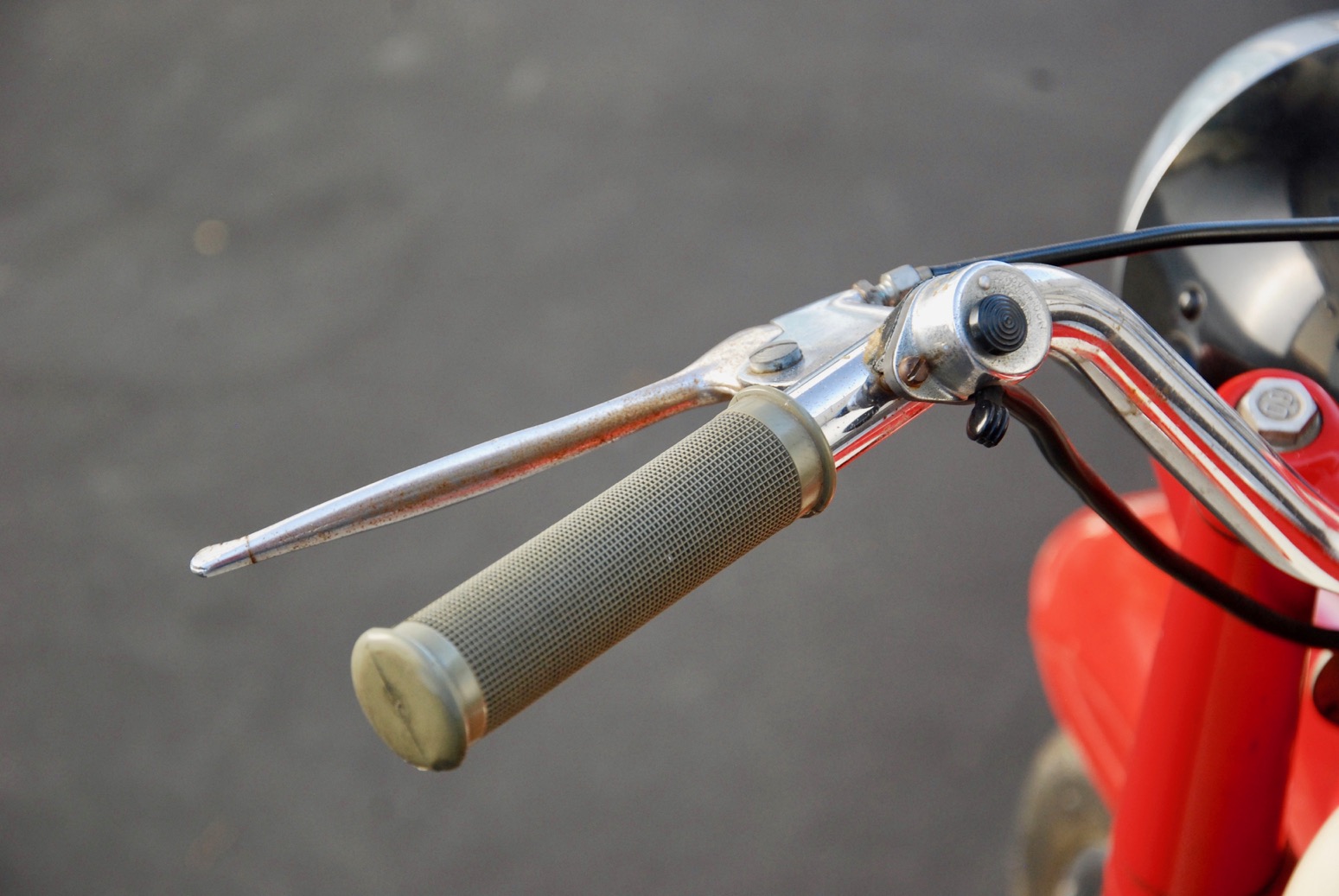 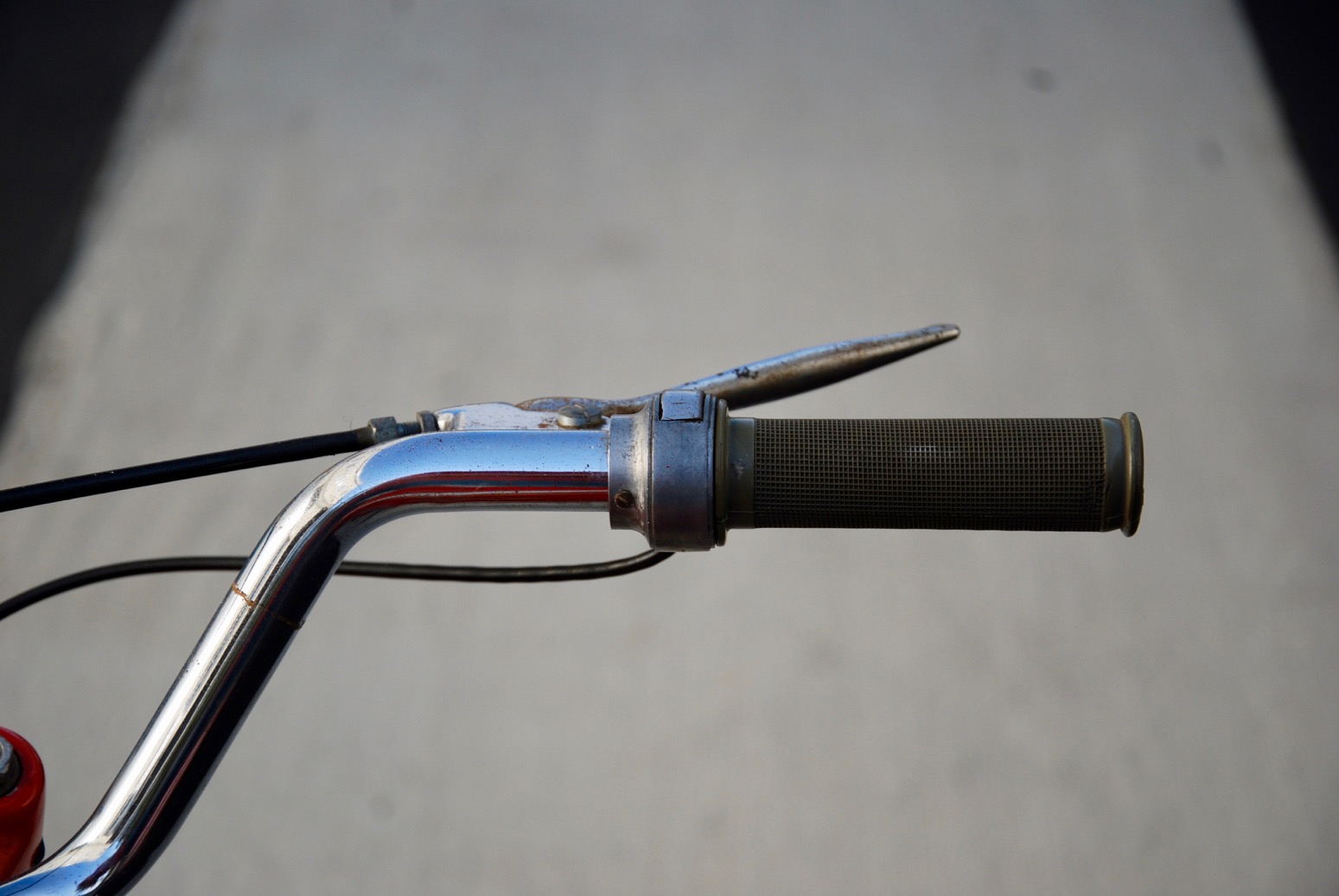 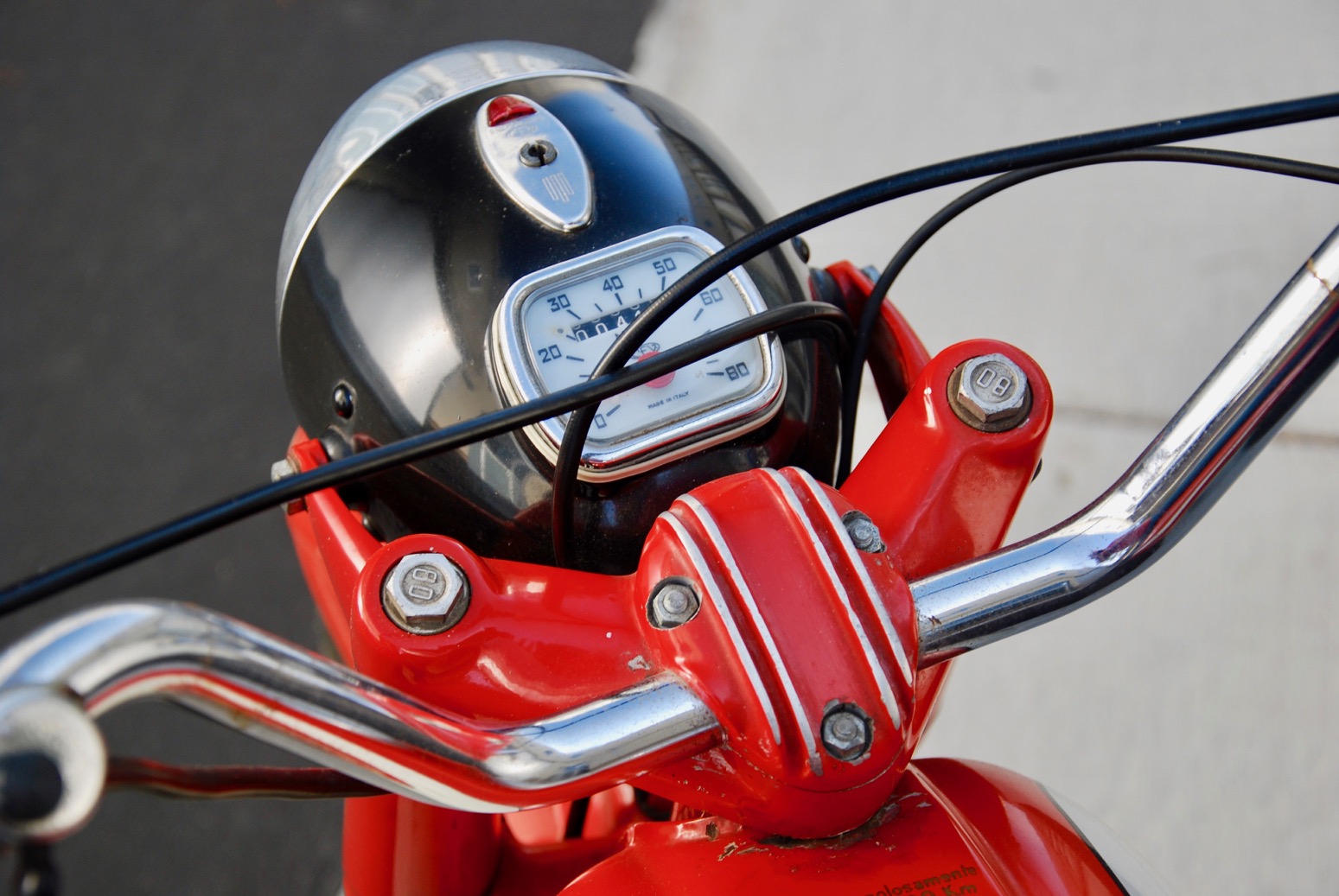 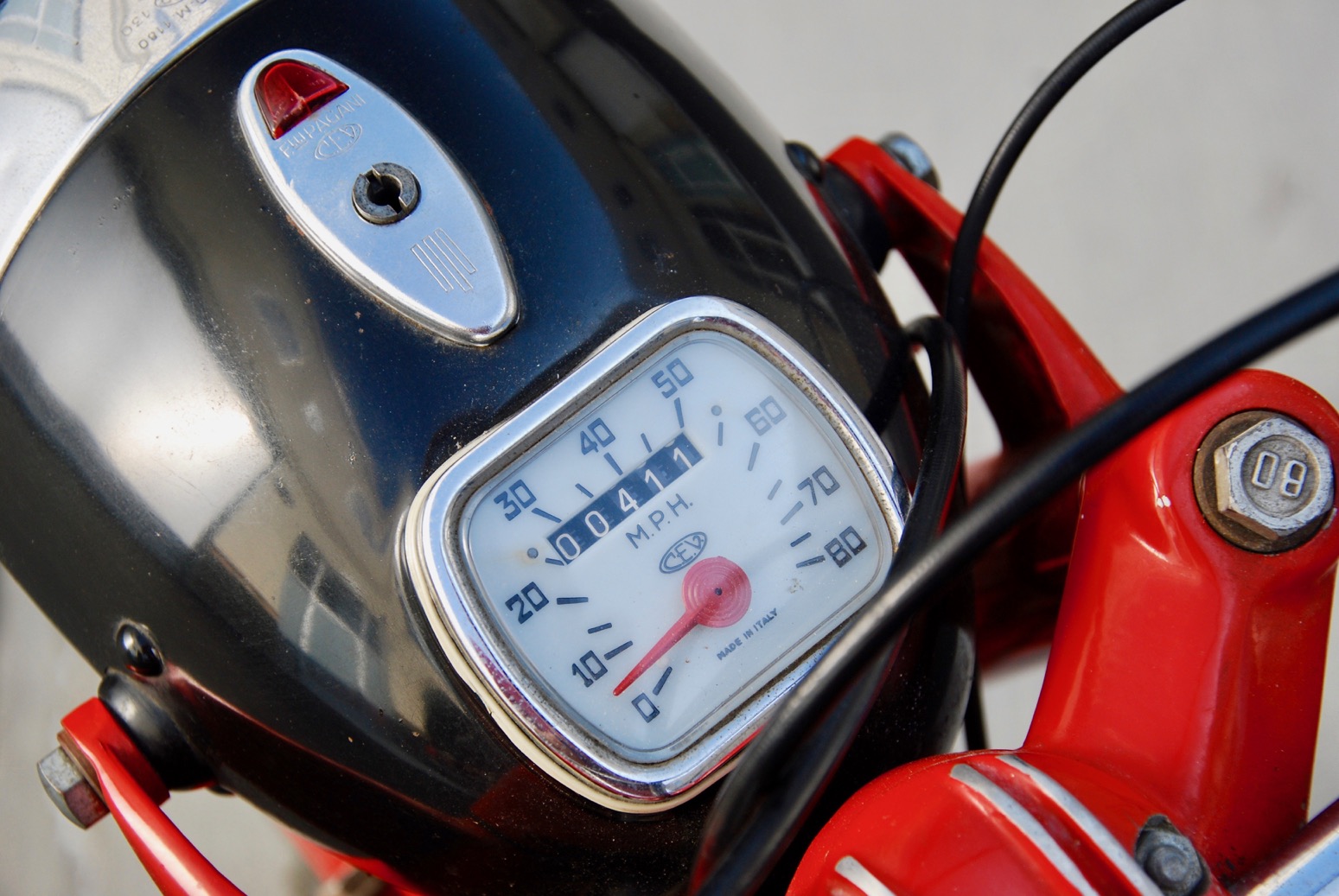