Offered on a Bill of Sale.

The diminutive Mustang was produced in Glendale, California quite limited numbers. The prototypes, developed during the war were powered by a Villiers 191cc engine, but they became unavailable as the factory ramped up. Production began immediately after World War II and many featured a Busy Bee side-valve single of 320cc displacement, rated at a heady 9.5 bhp – not bad power for its size. Production ceased in 1965.

The Mustang offered here, believed to be of 1957 vintage, features that 320cc engine from Busy Bee, and power transfers through a 3-speed Burman ‘box. 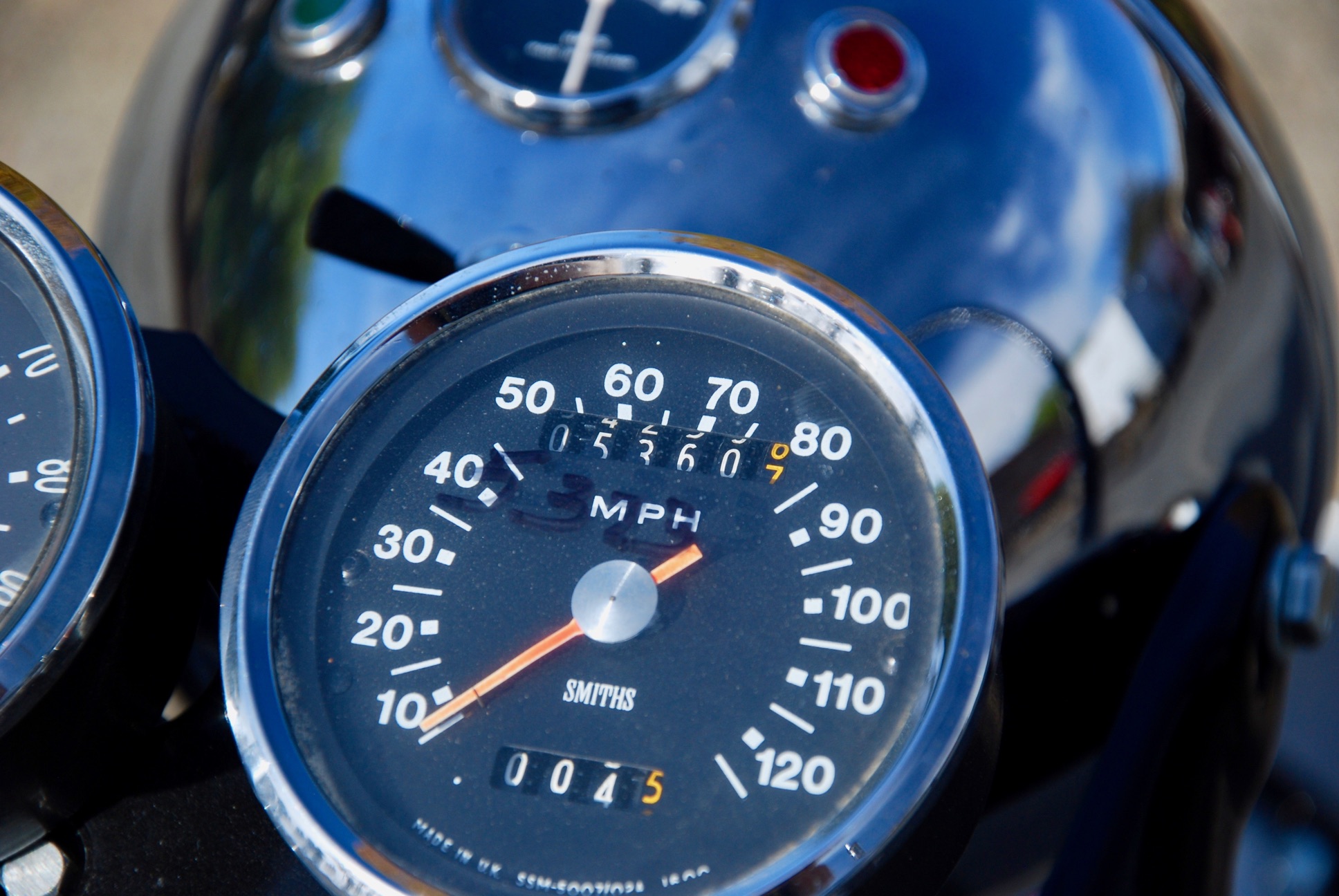 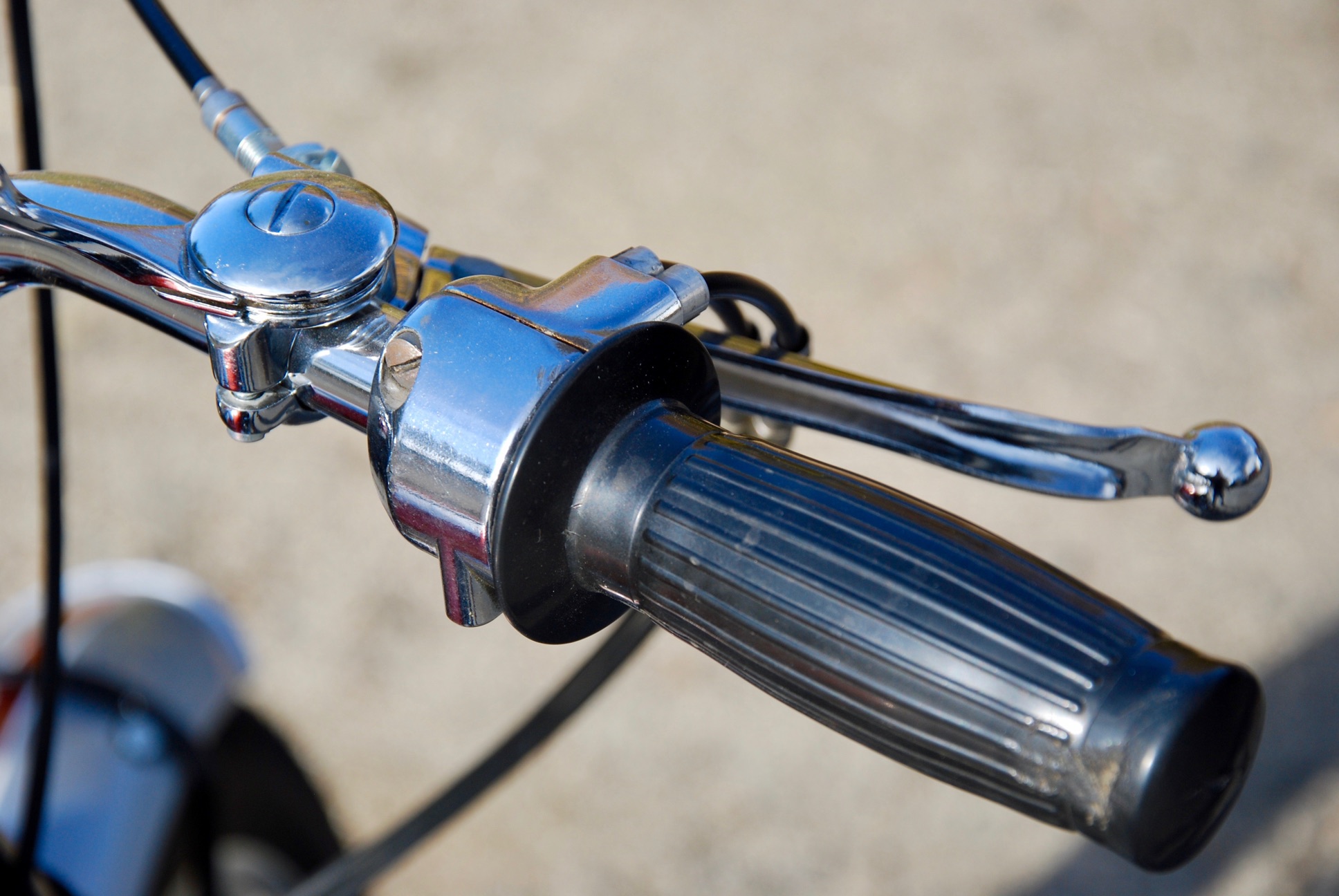 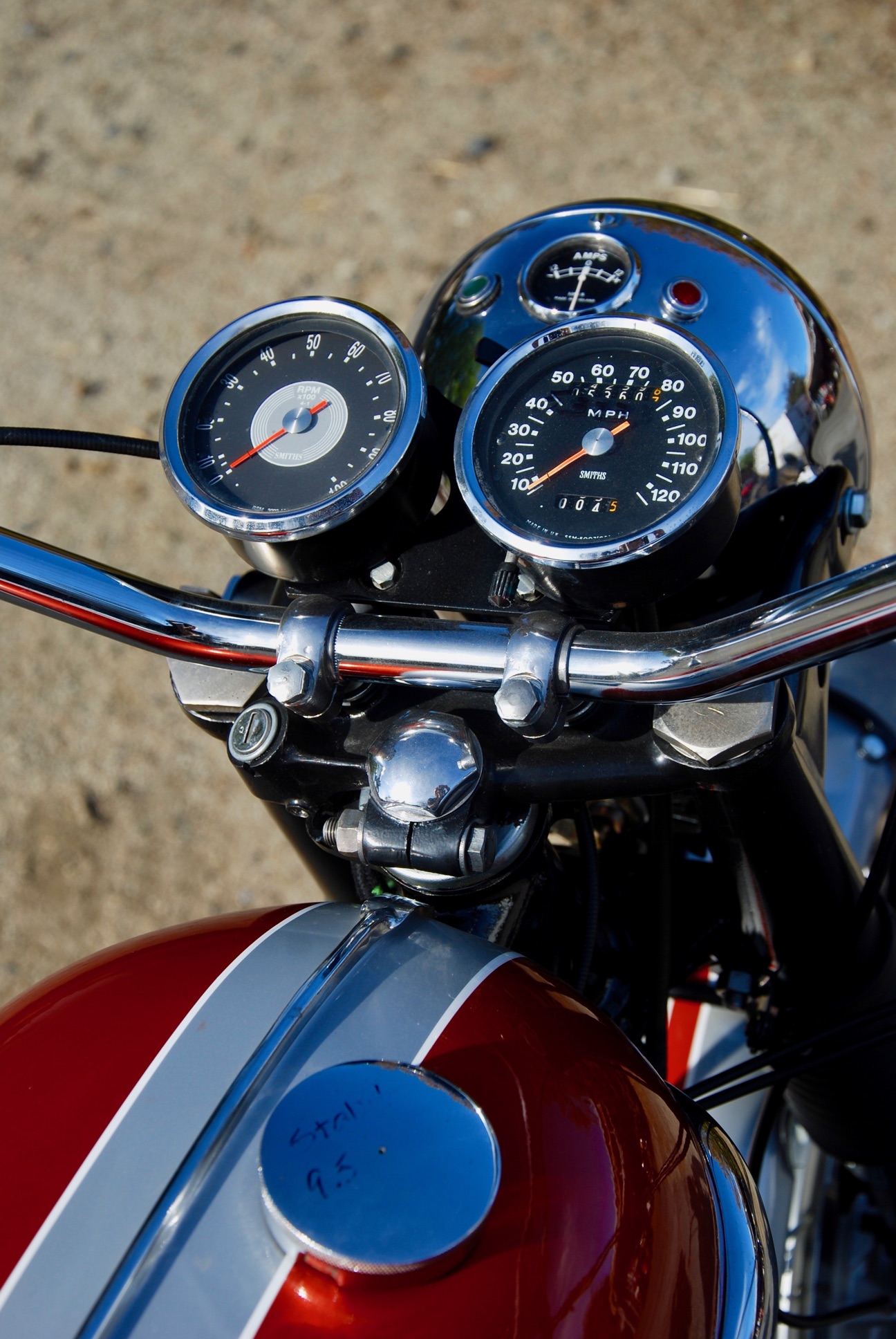 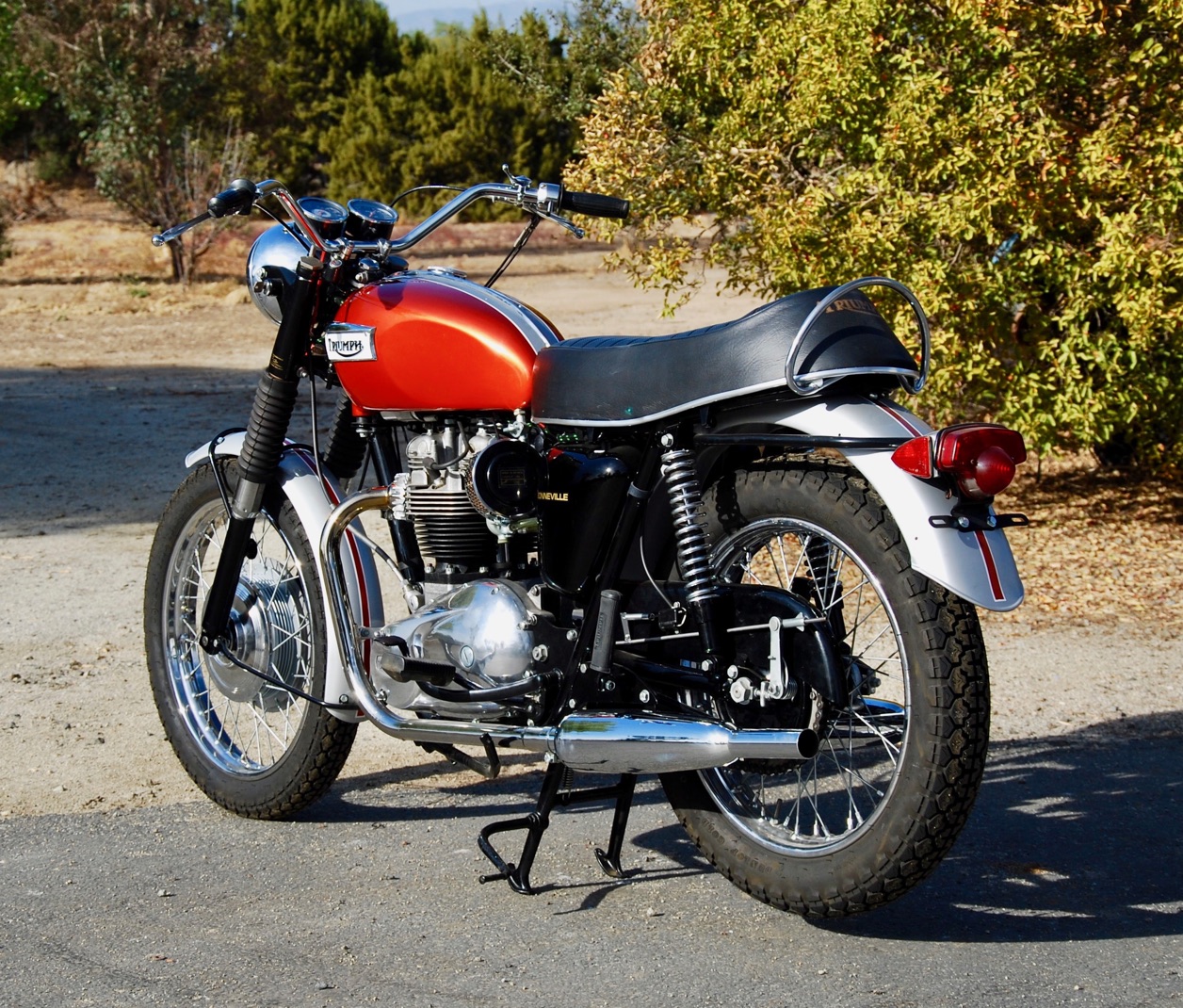 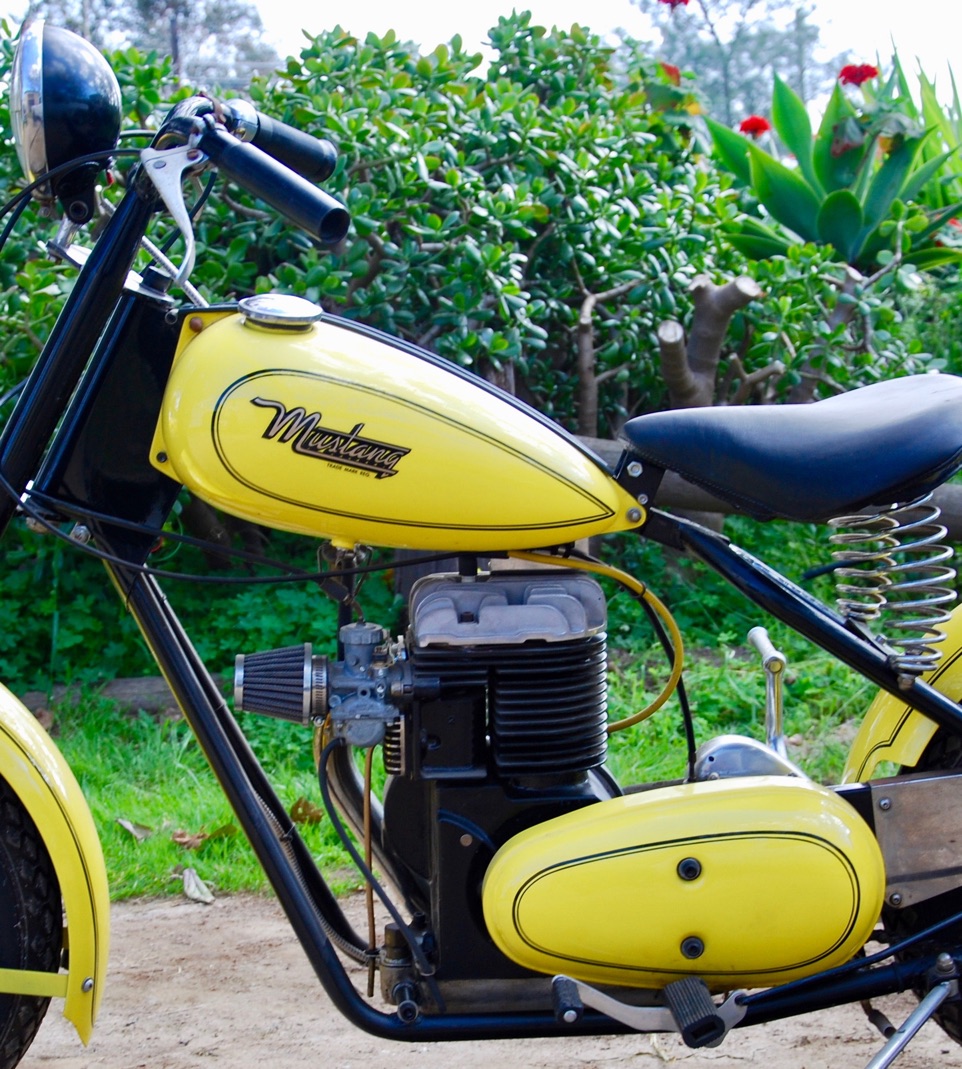 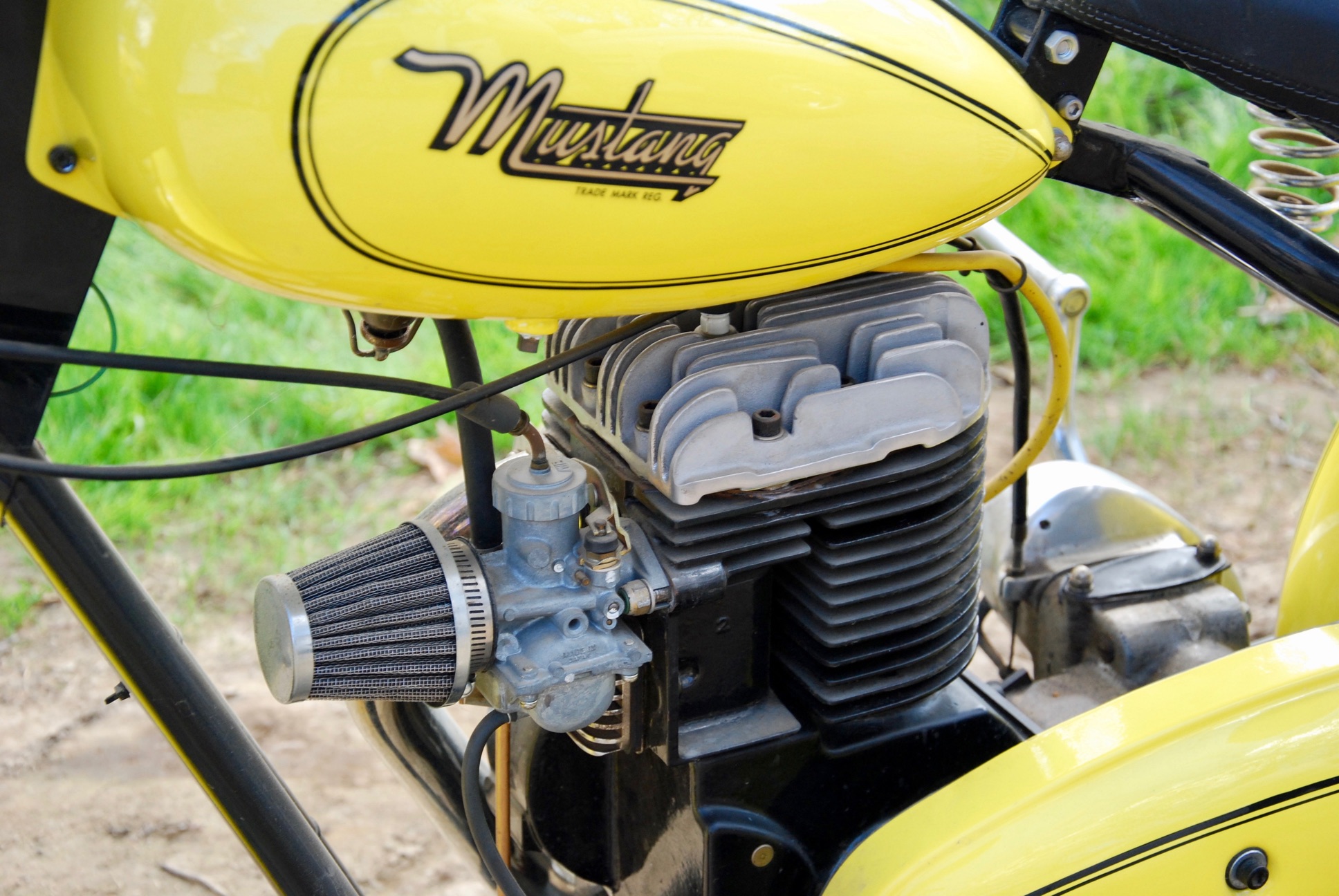 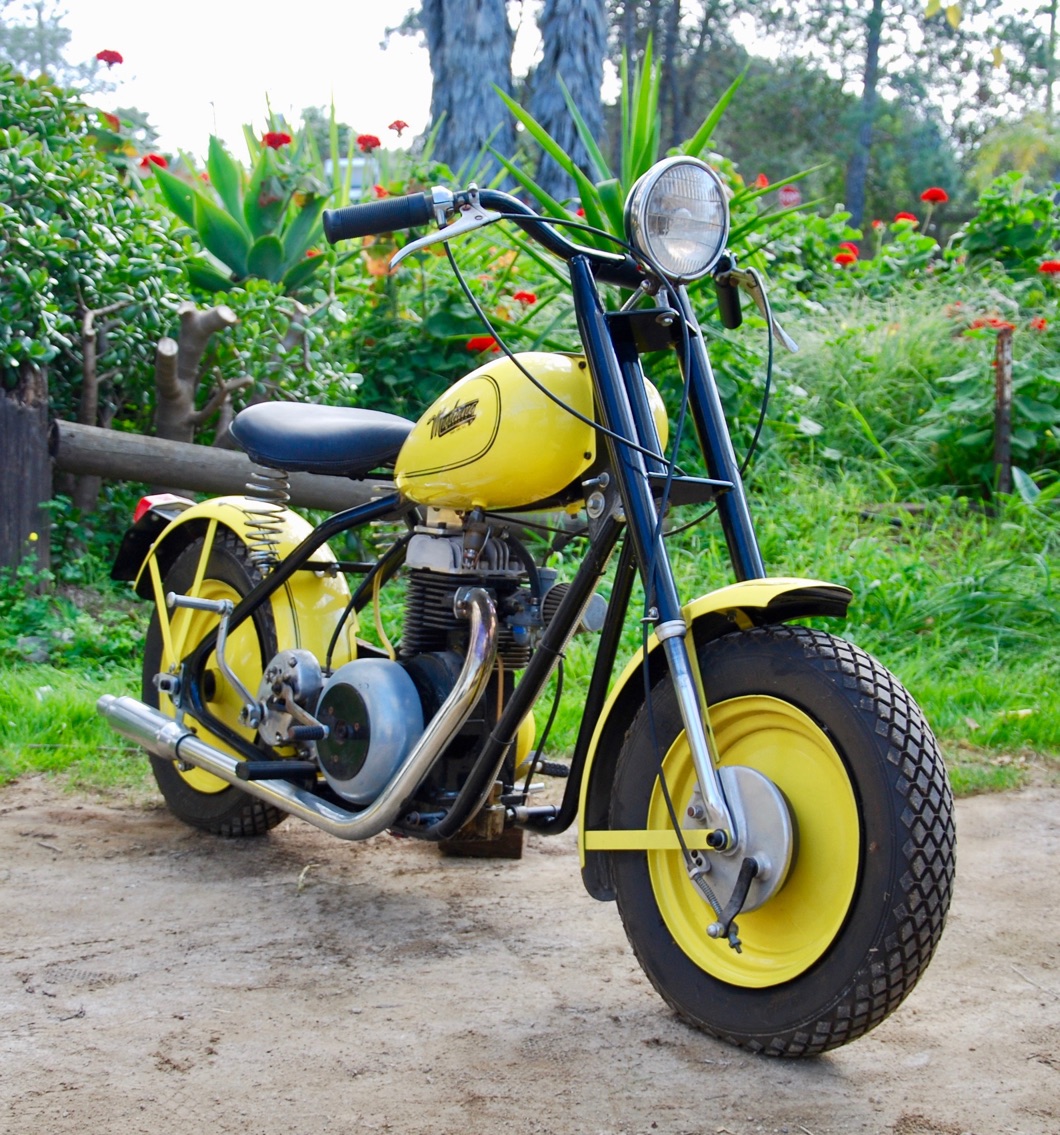 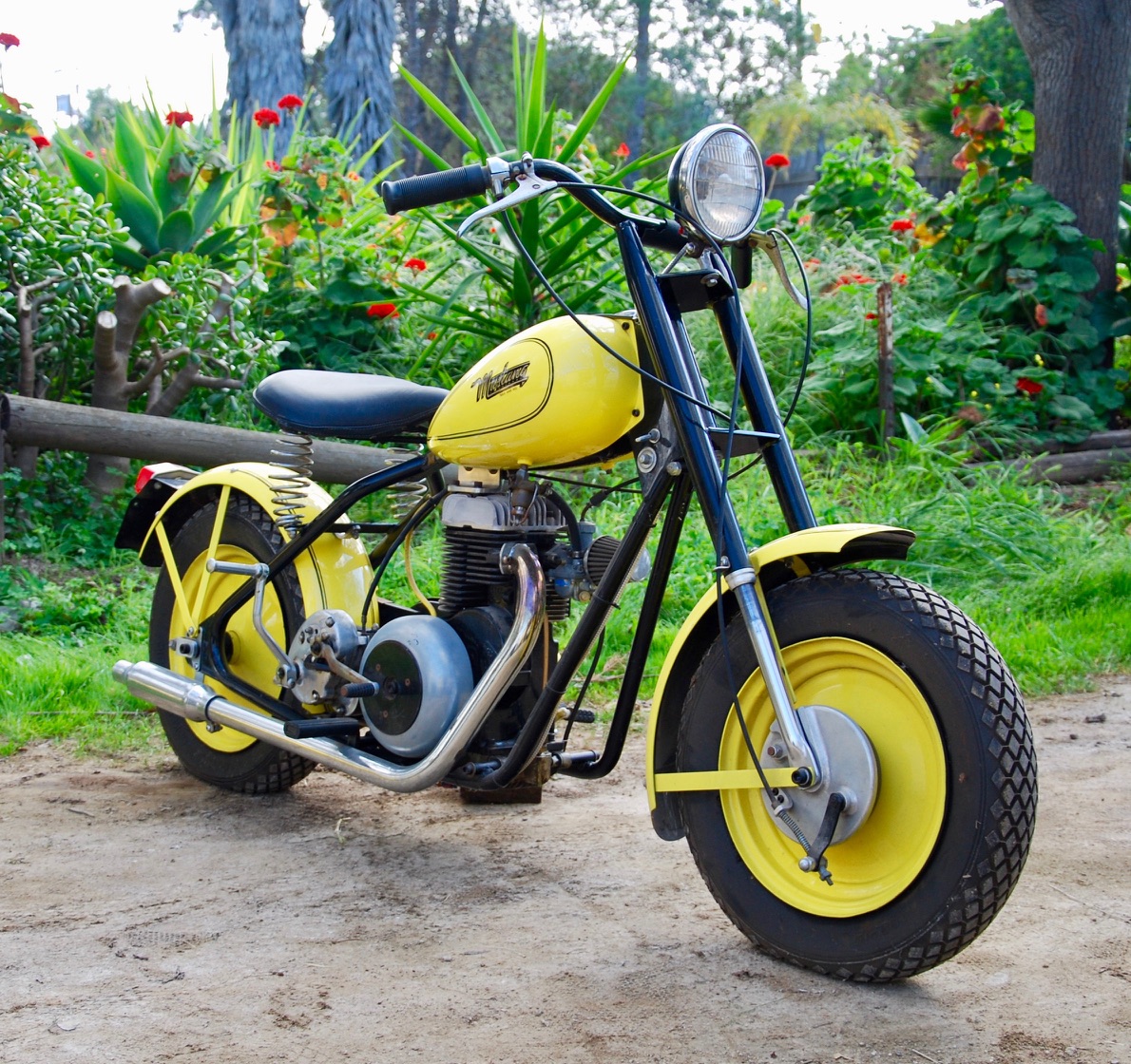 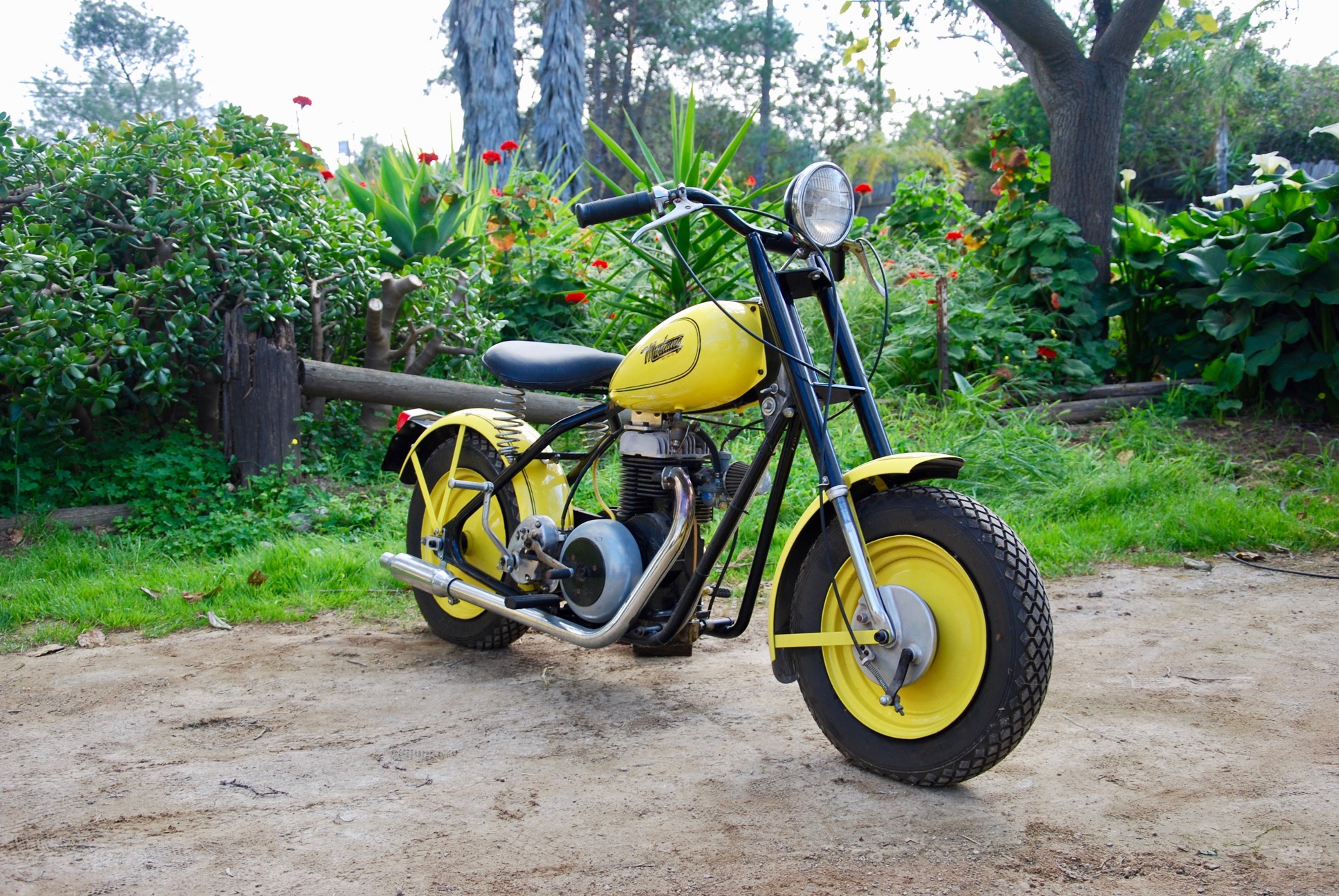 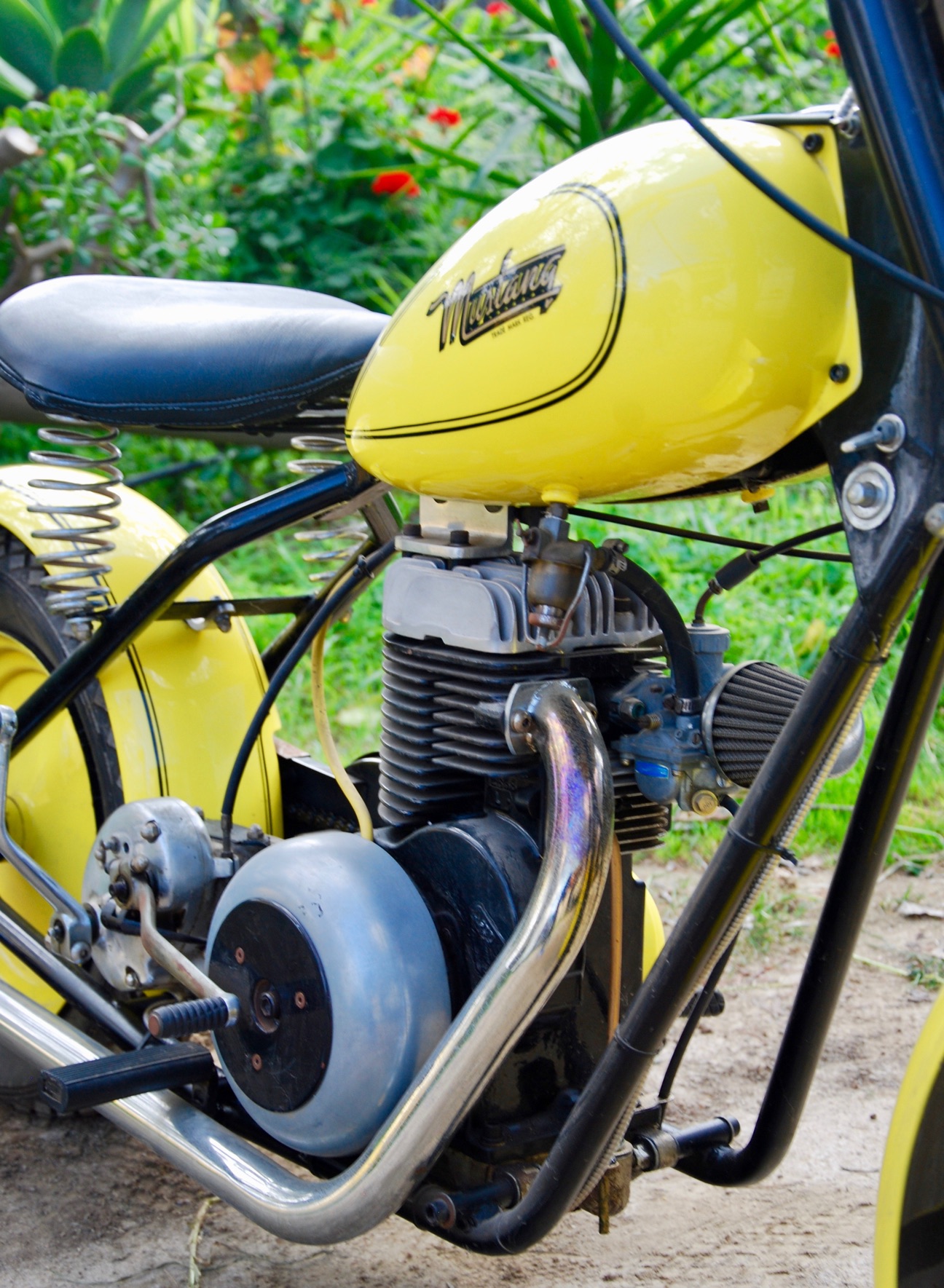 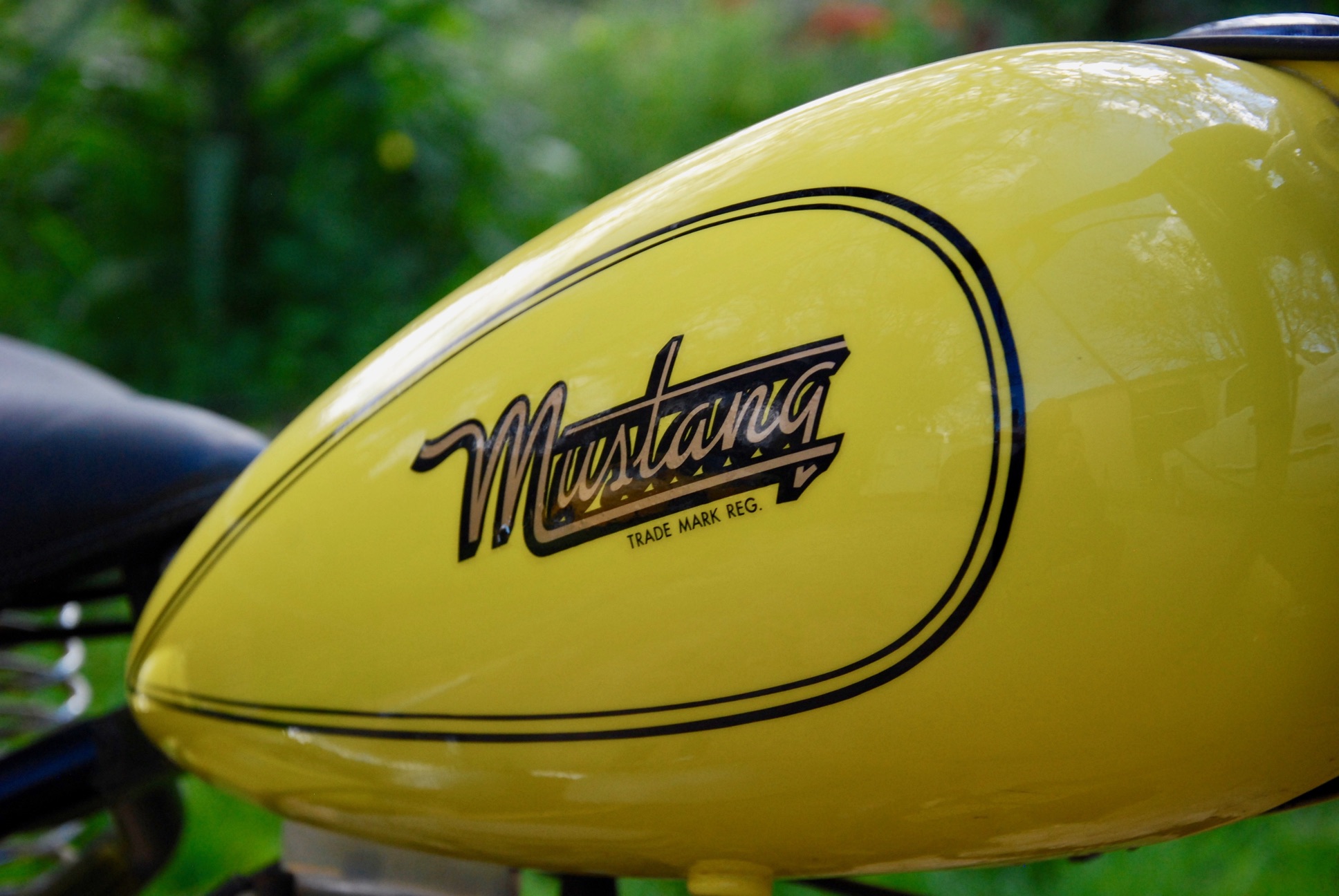 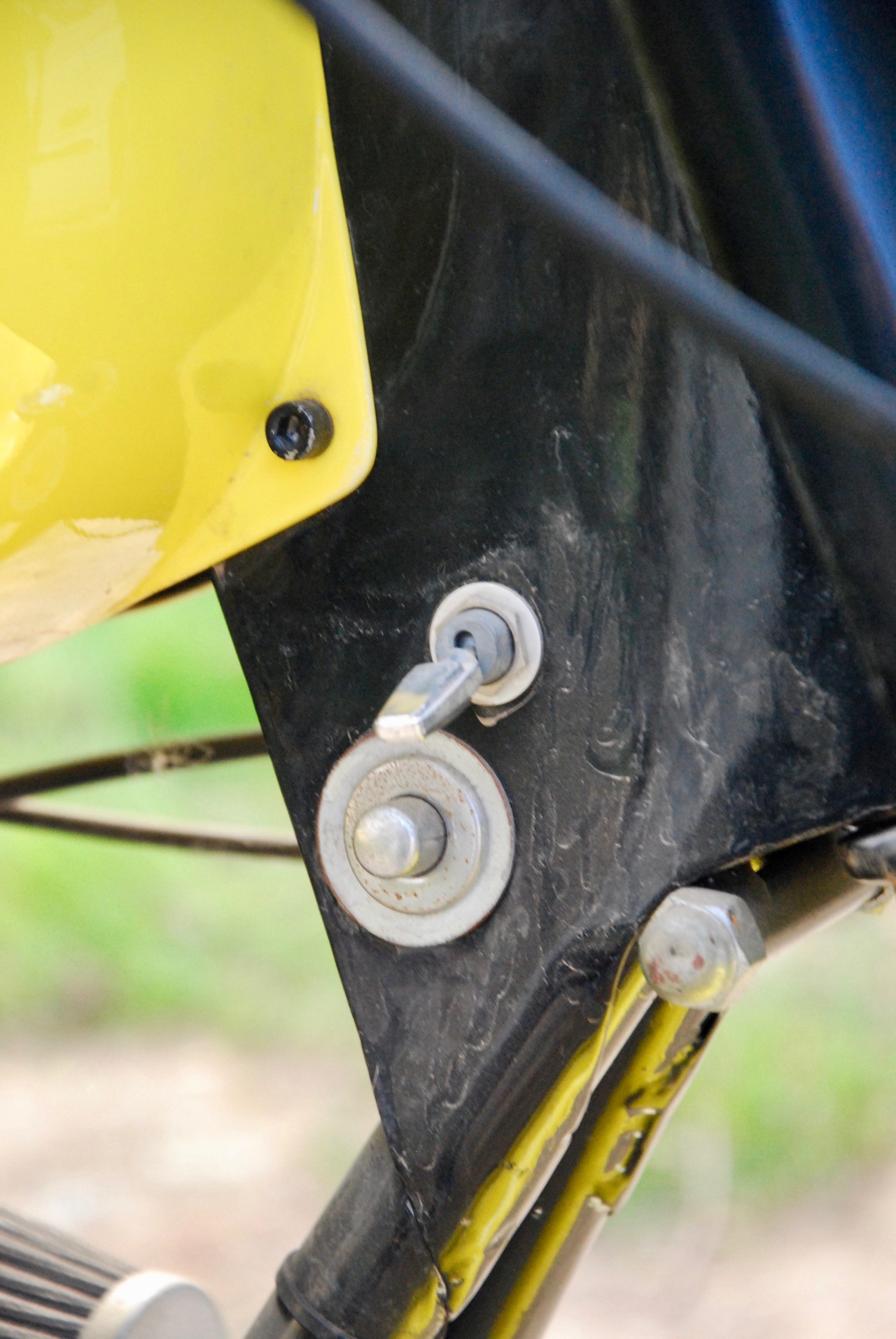 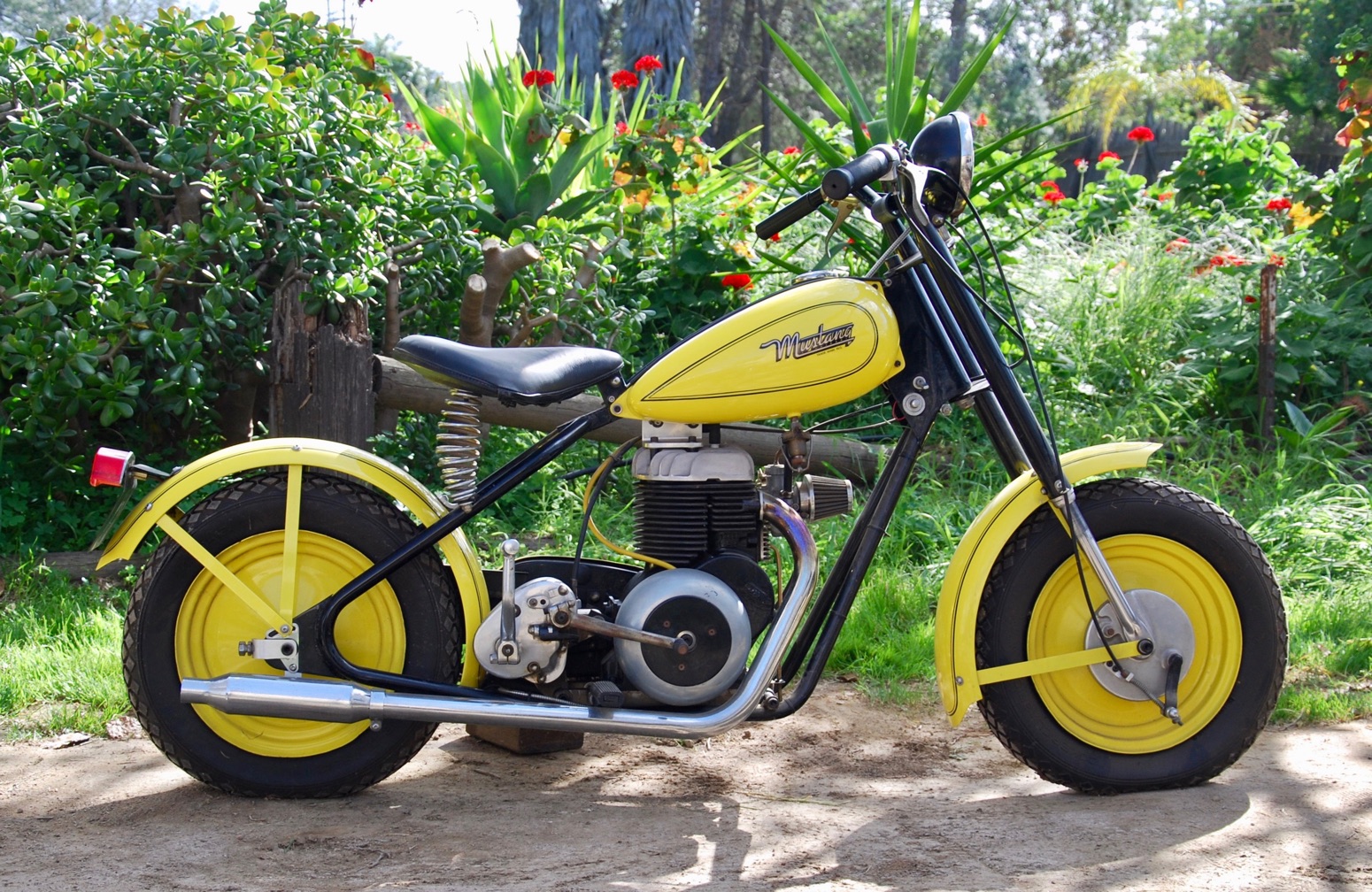 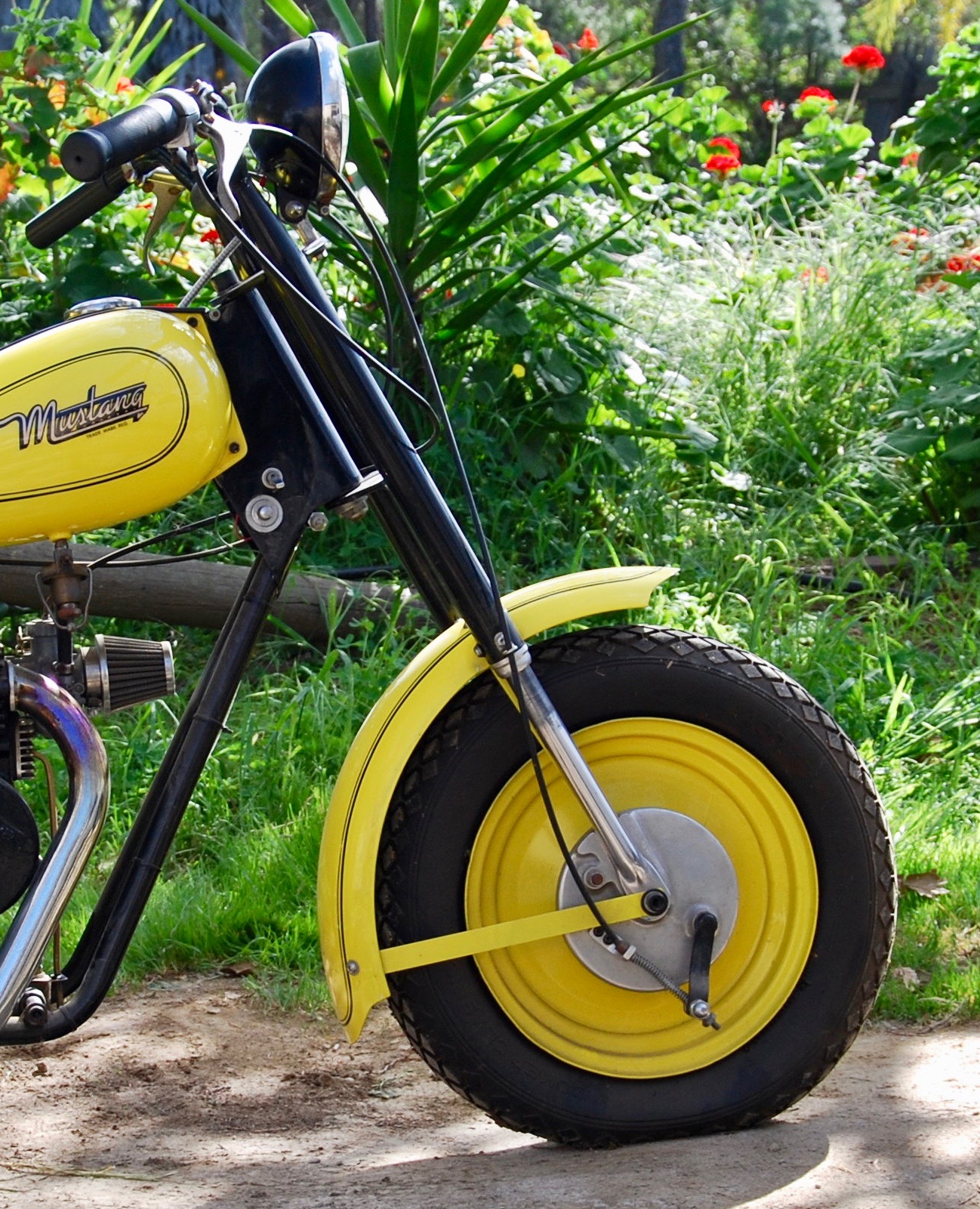 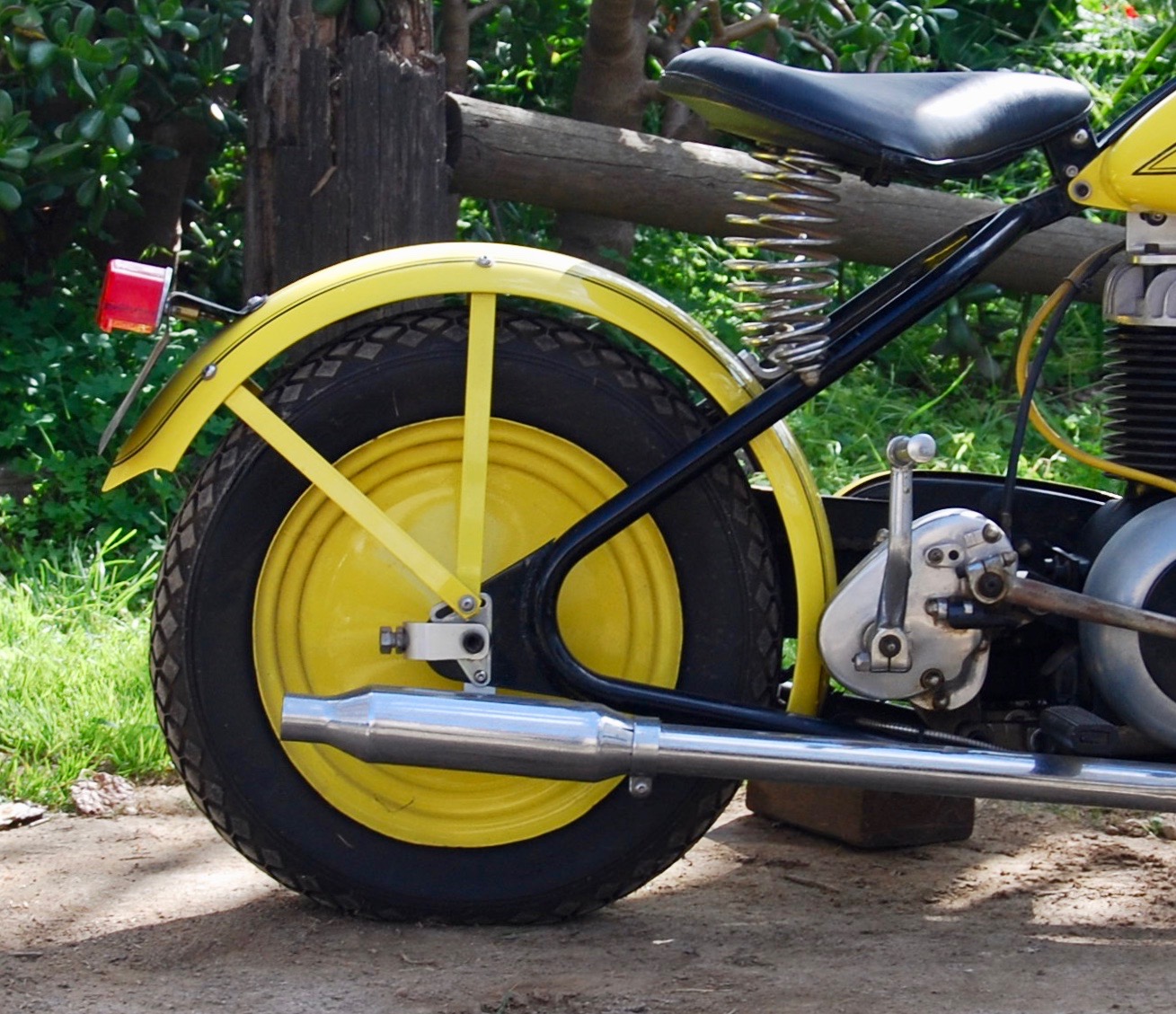 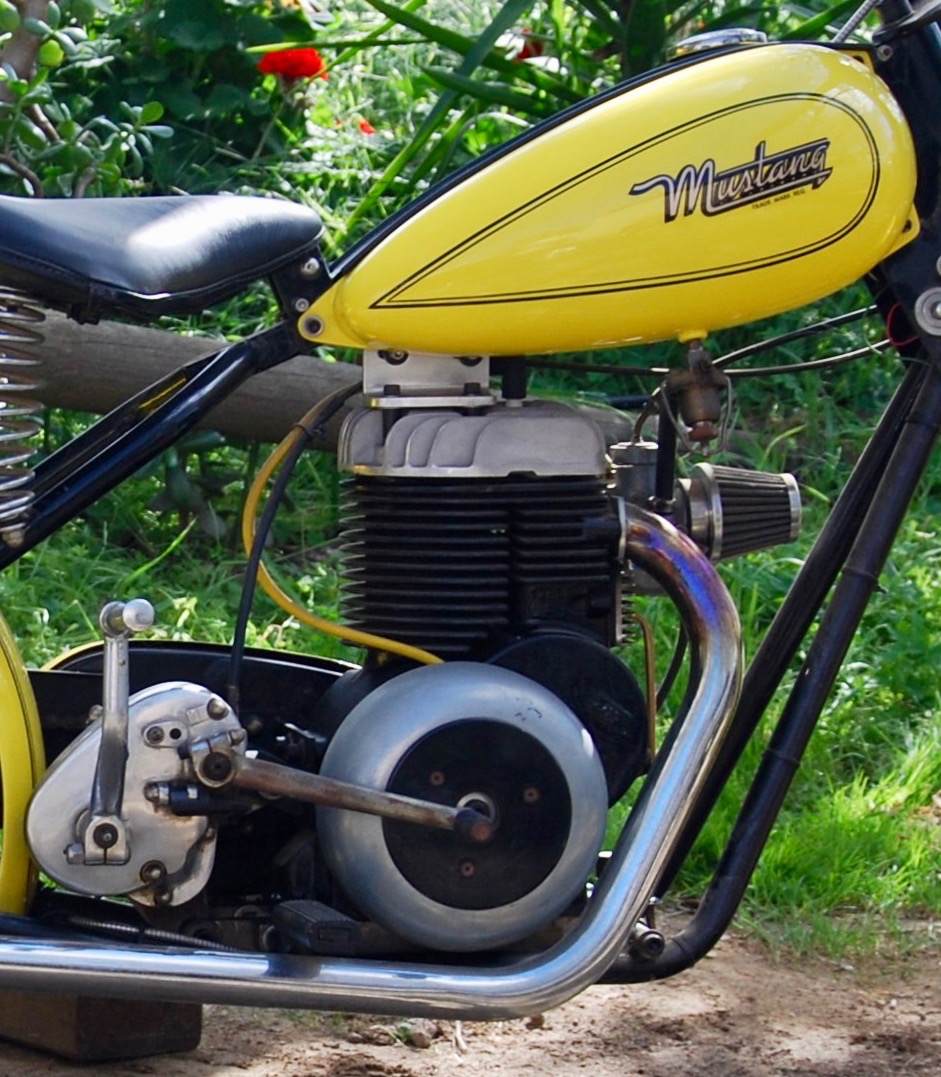 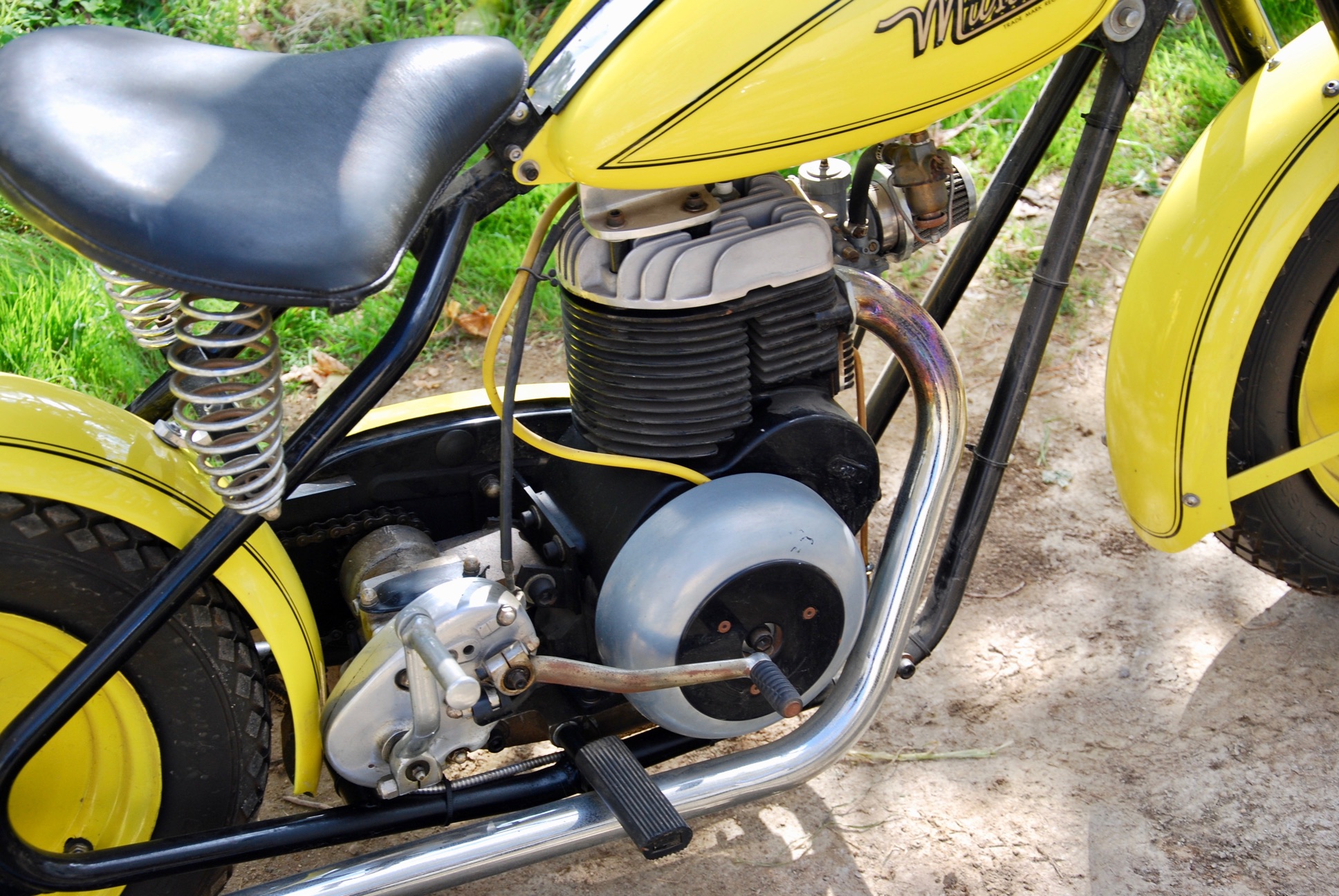 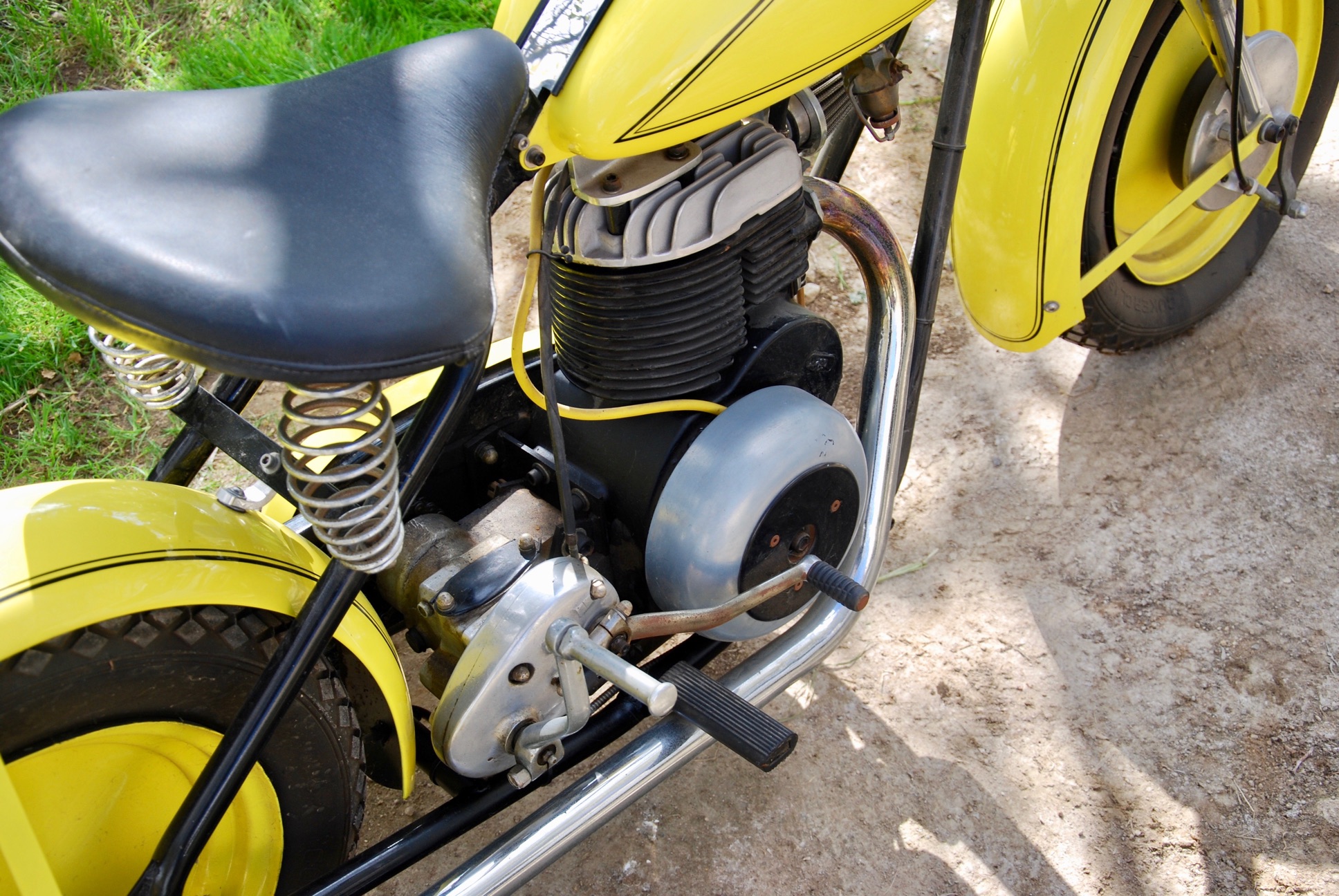 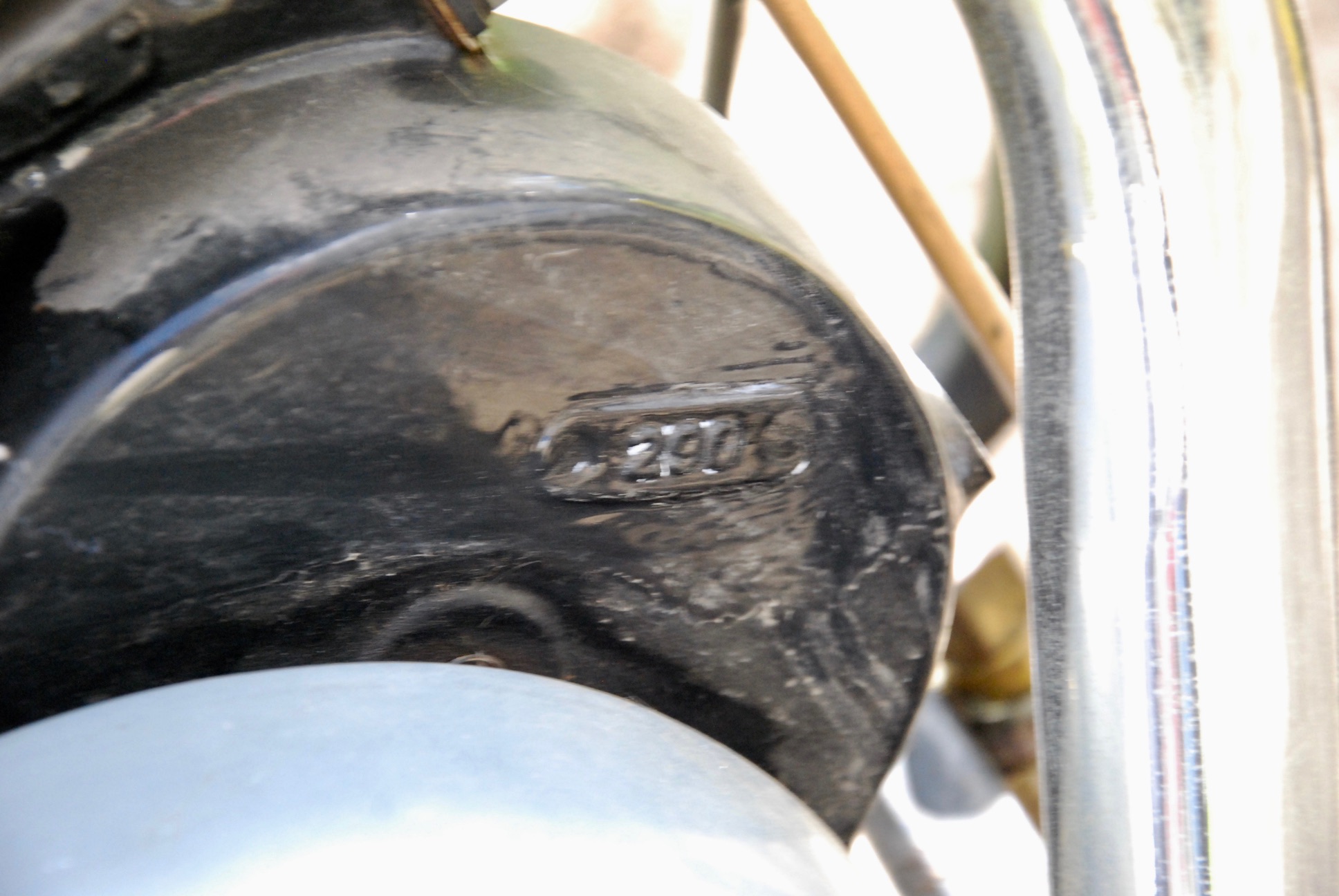 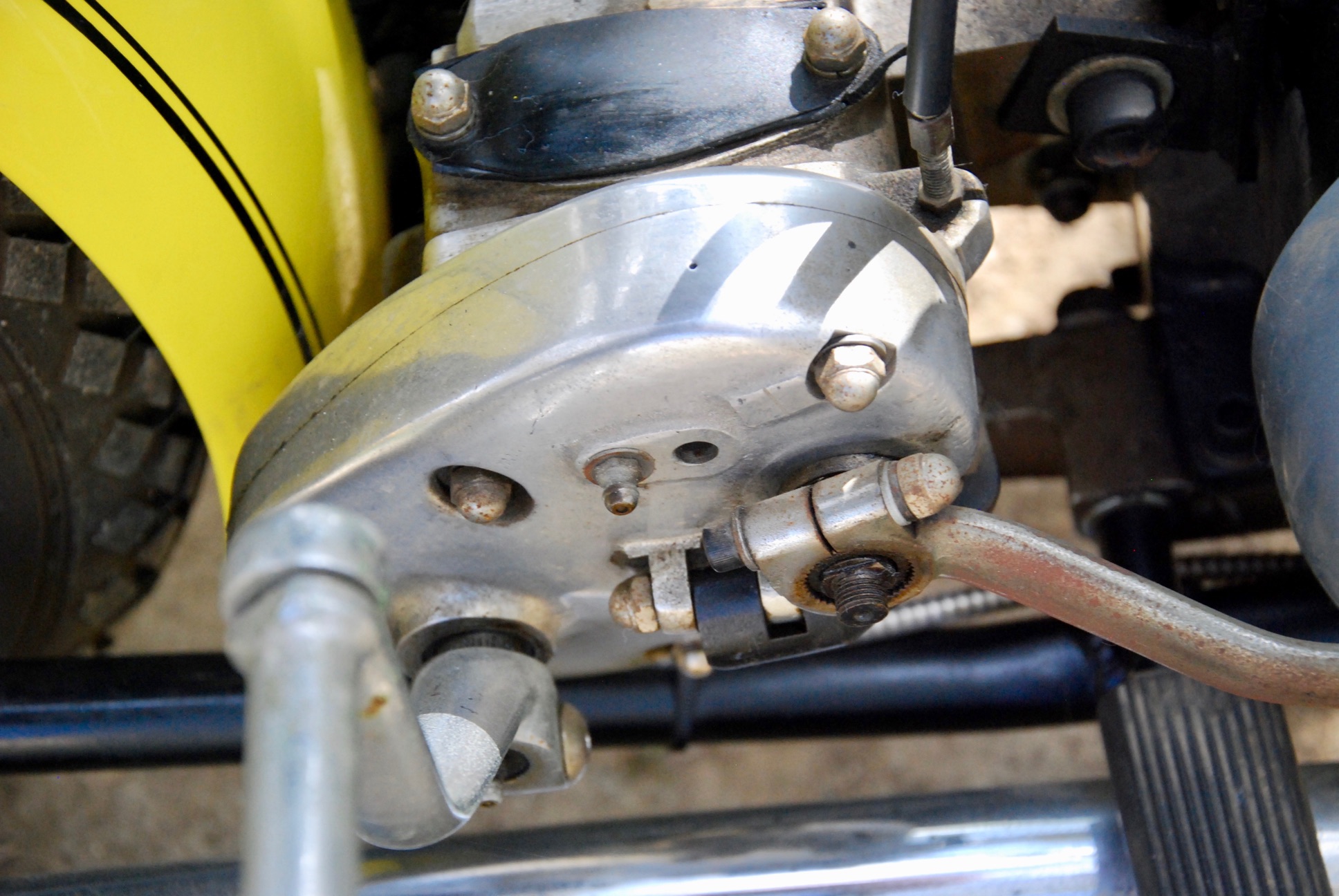