Along with the rival Lambretta, the Piaggio-built Vespa mobilised an entire generation of Italians in the immediately post-WW2 years, the hitherto humble scooter going on to become part of youth culture in the 1960s as favourite transport of the fashion conscious in a modern style – or Mods. Forbidden by the Allies from resuming his aviation business, Enrico Piaggio instructed his chief designer Corradino d’Ascanio to design a scooter, for which he believed a potential market existed, particularly among women. The name ‘Vespa’ (wasp) is said to have been inspired by the buzzing sound made by its two-stroke engine. Millions have been made since 1946 and countless different versions come and gone, yet today’s Vespa remains recognizably related to the first one made over 60 years ago. Classic? Most definitely.

In 1956, the VL3 was introduced and is often referred to as one of the “handlebar” Vespas, with exposed handlebars instead of the cowling covered bikes to follow.

The 125cc VL3 on offer here, has enjoyed being a part of a very substantial Northern California collection, meticulously restored in-house. Exquisitely presented, the restoration has held up exceptionally well. On static display for a few years, the bike will need the usual re-commissioning before returning to safe road use. 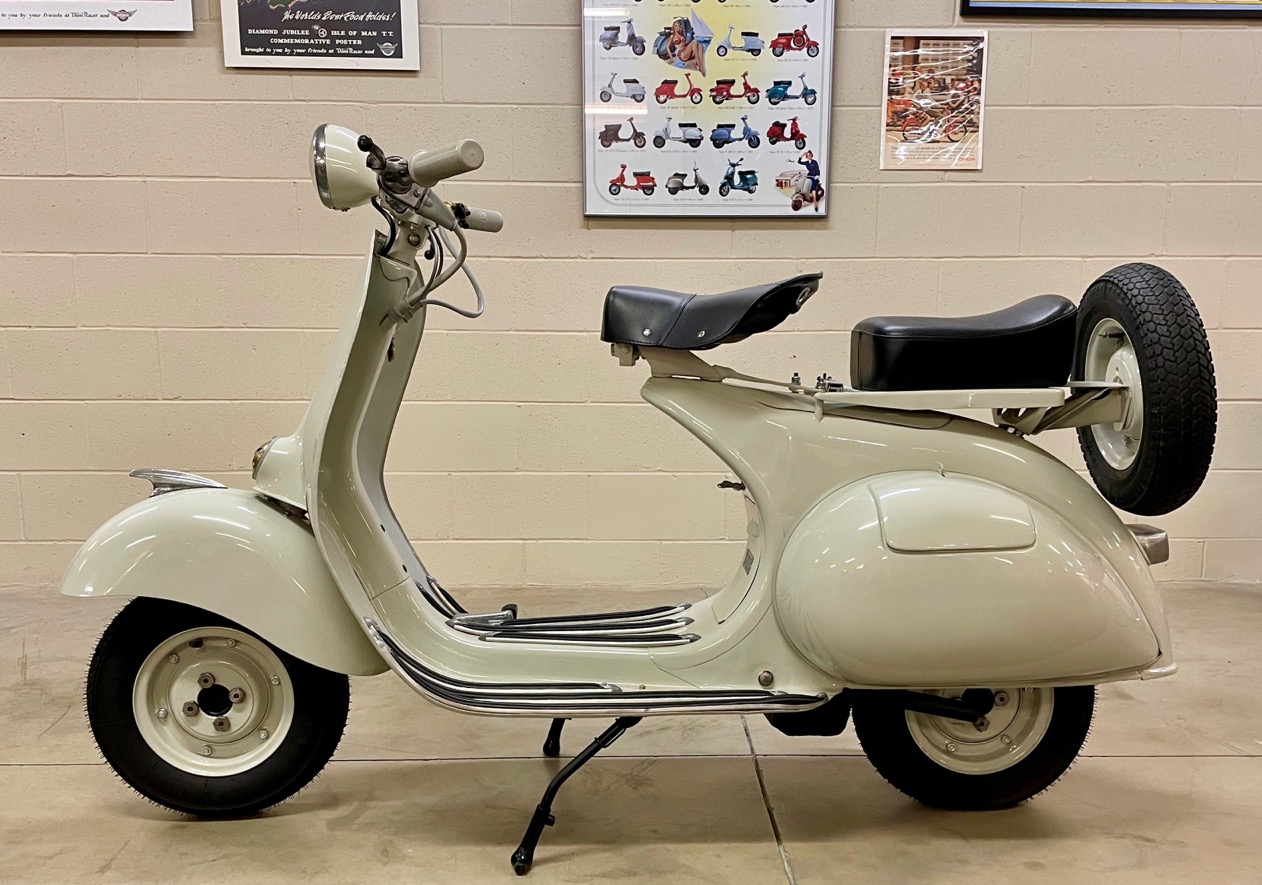 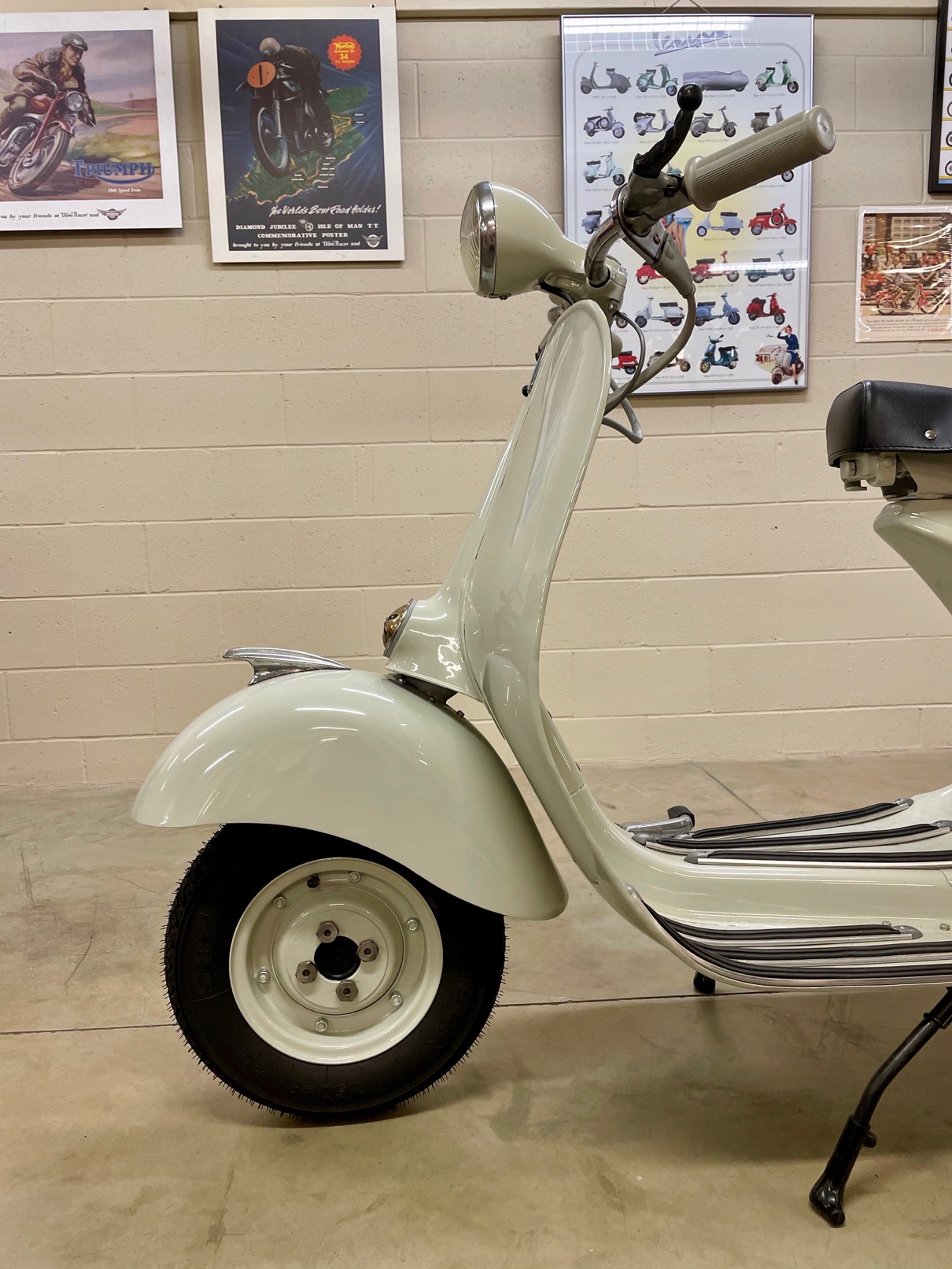 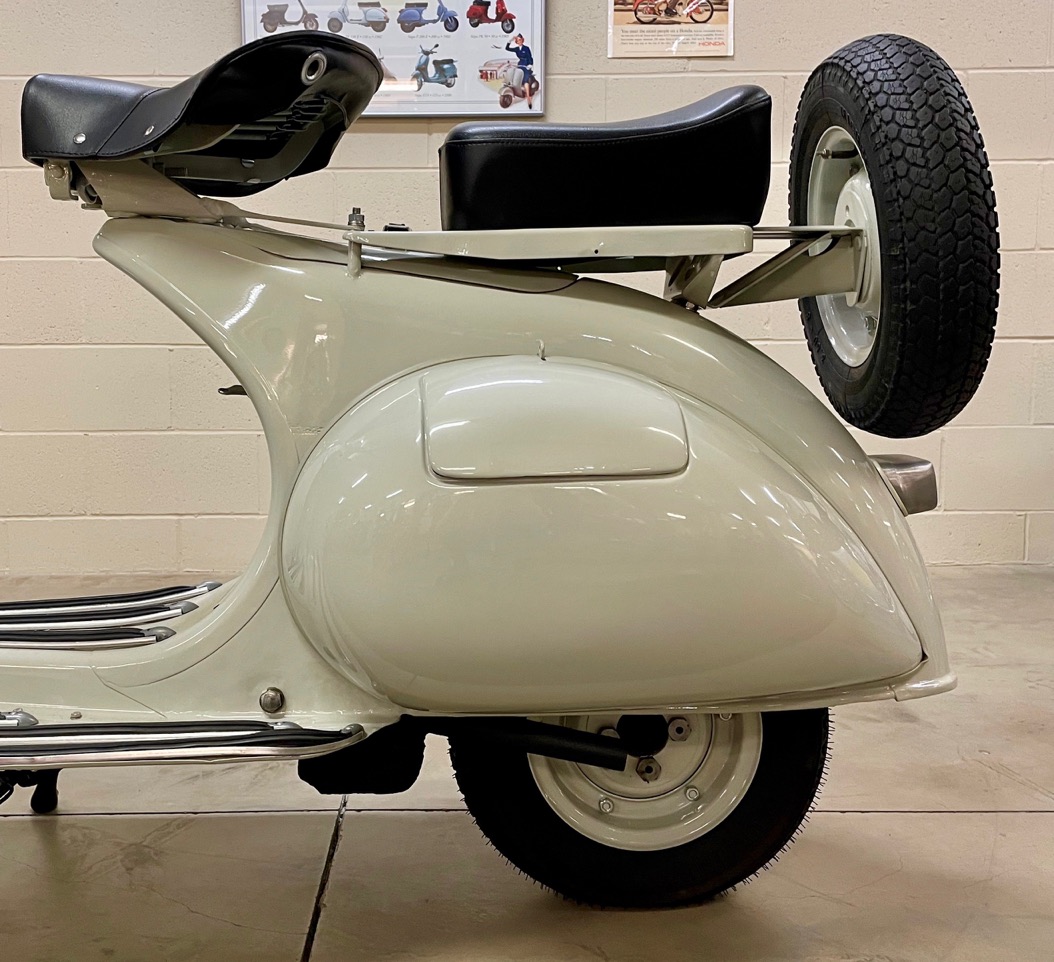 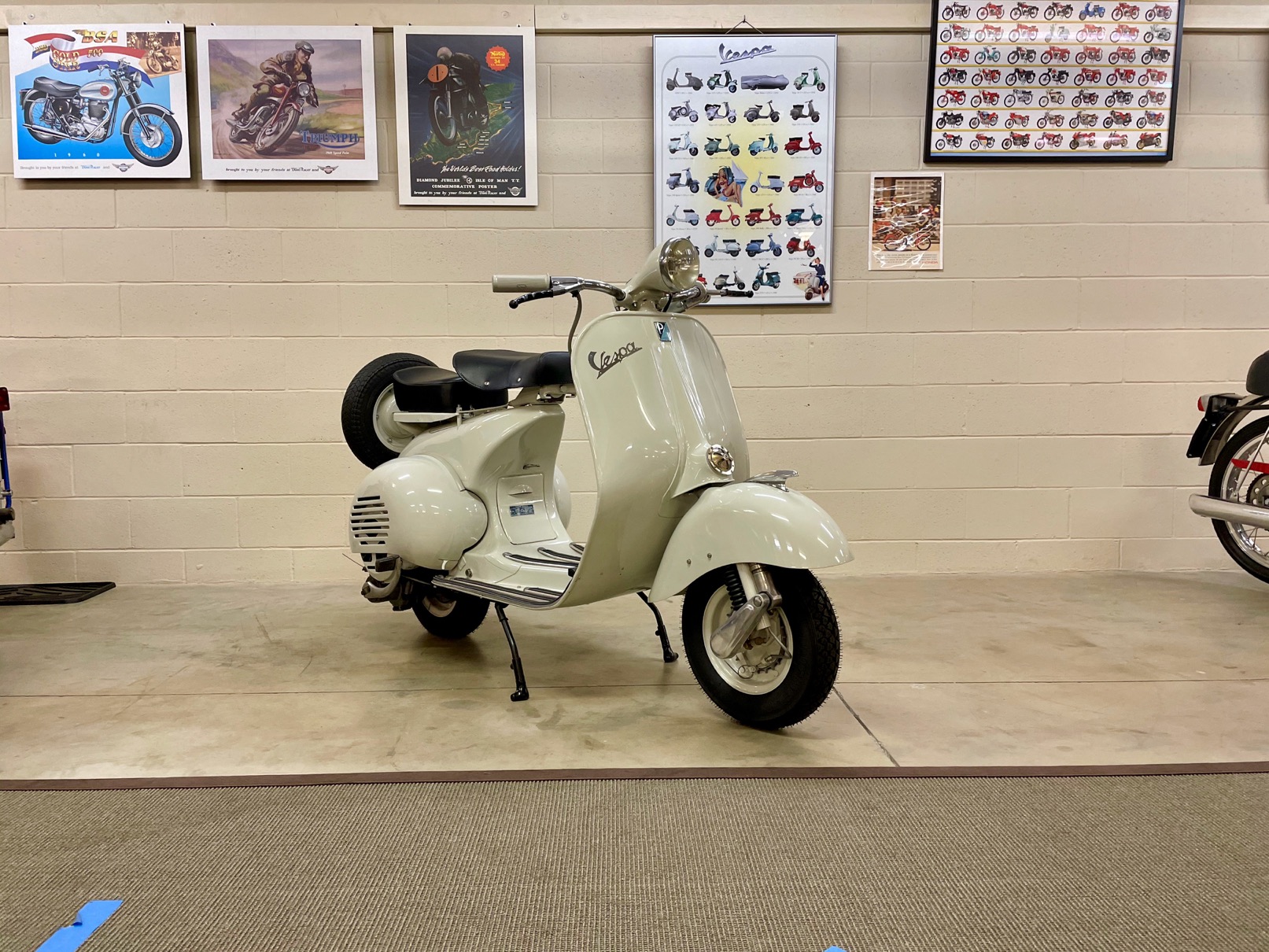 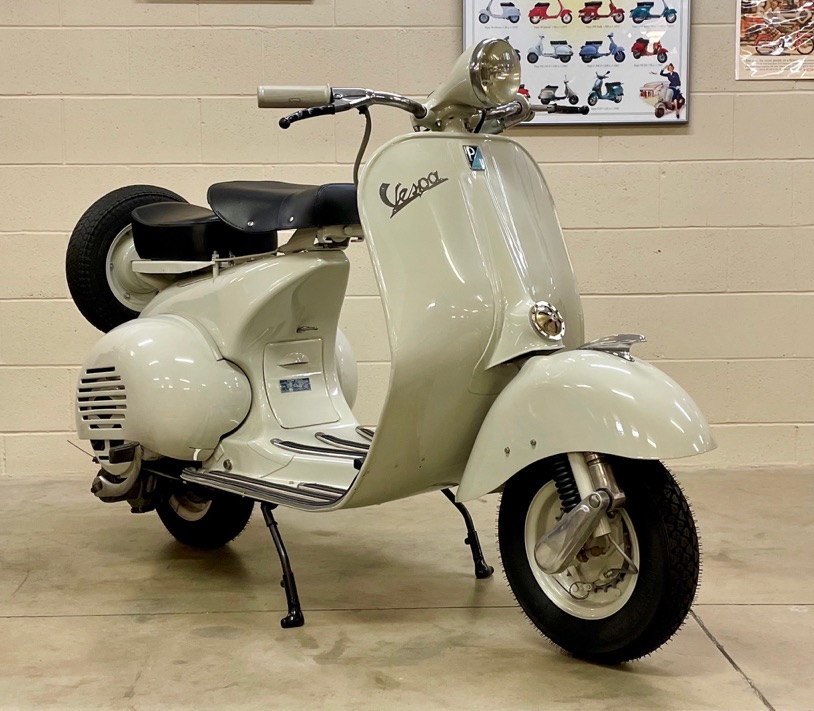 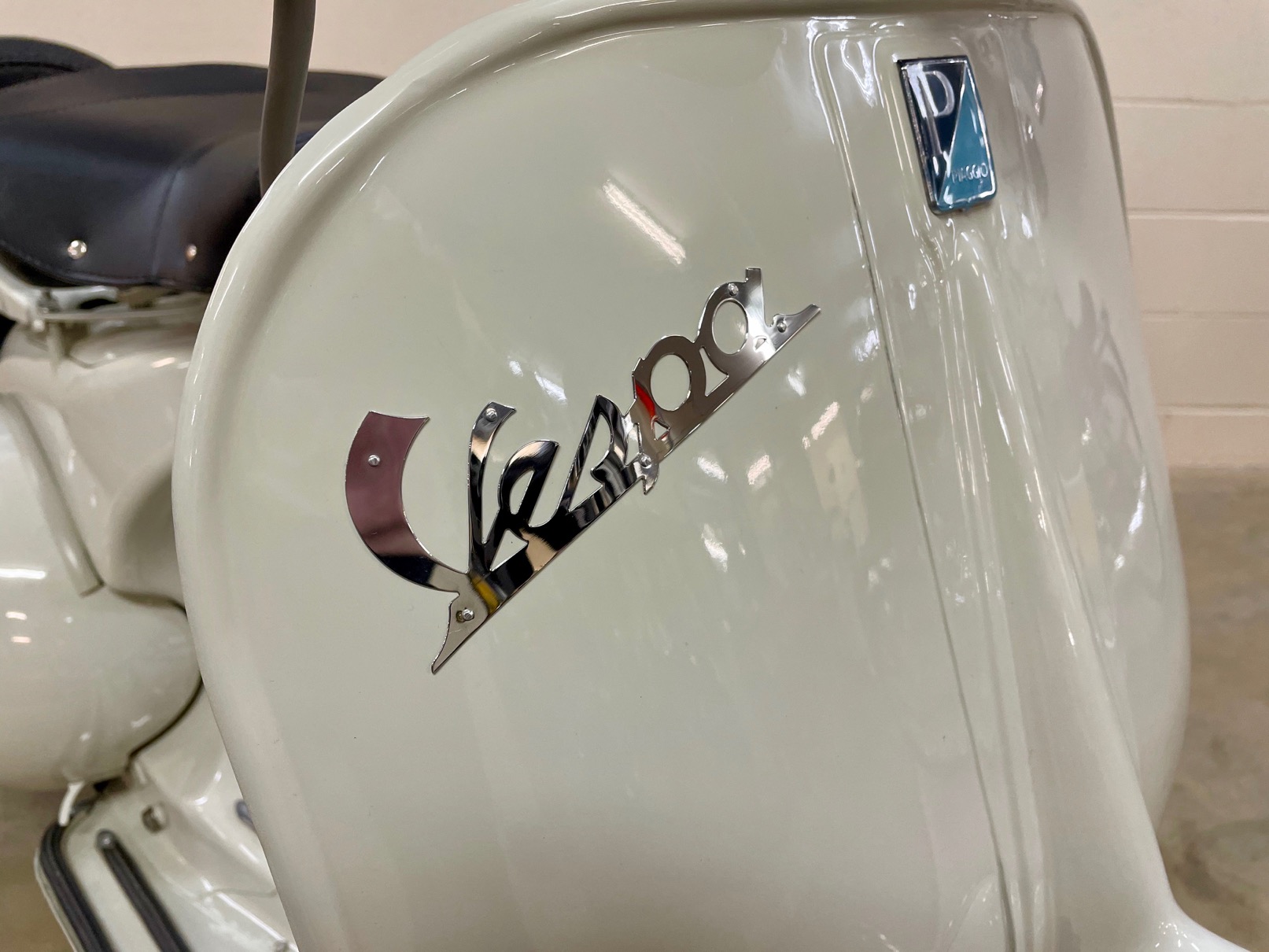 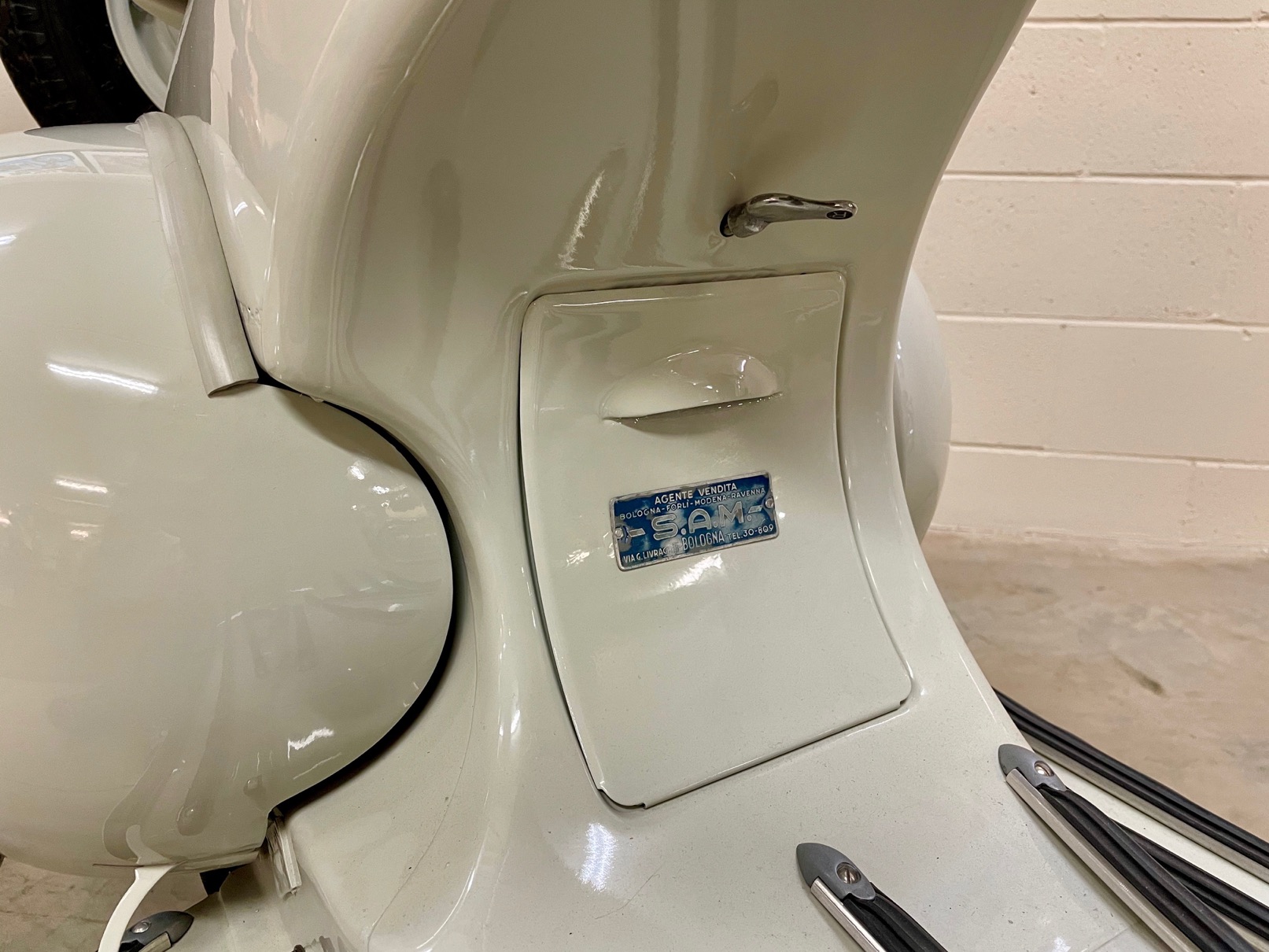 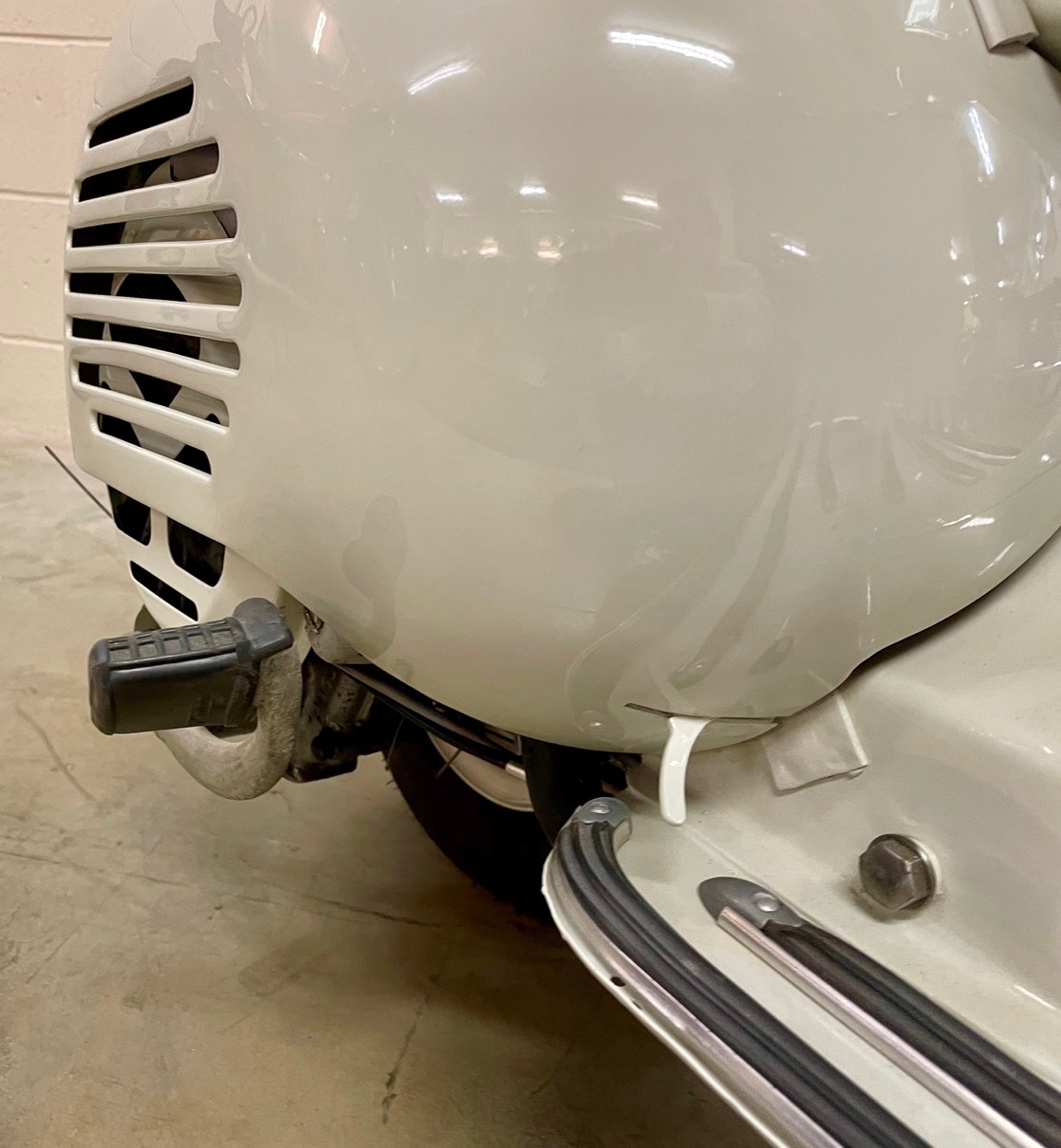 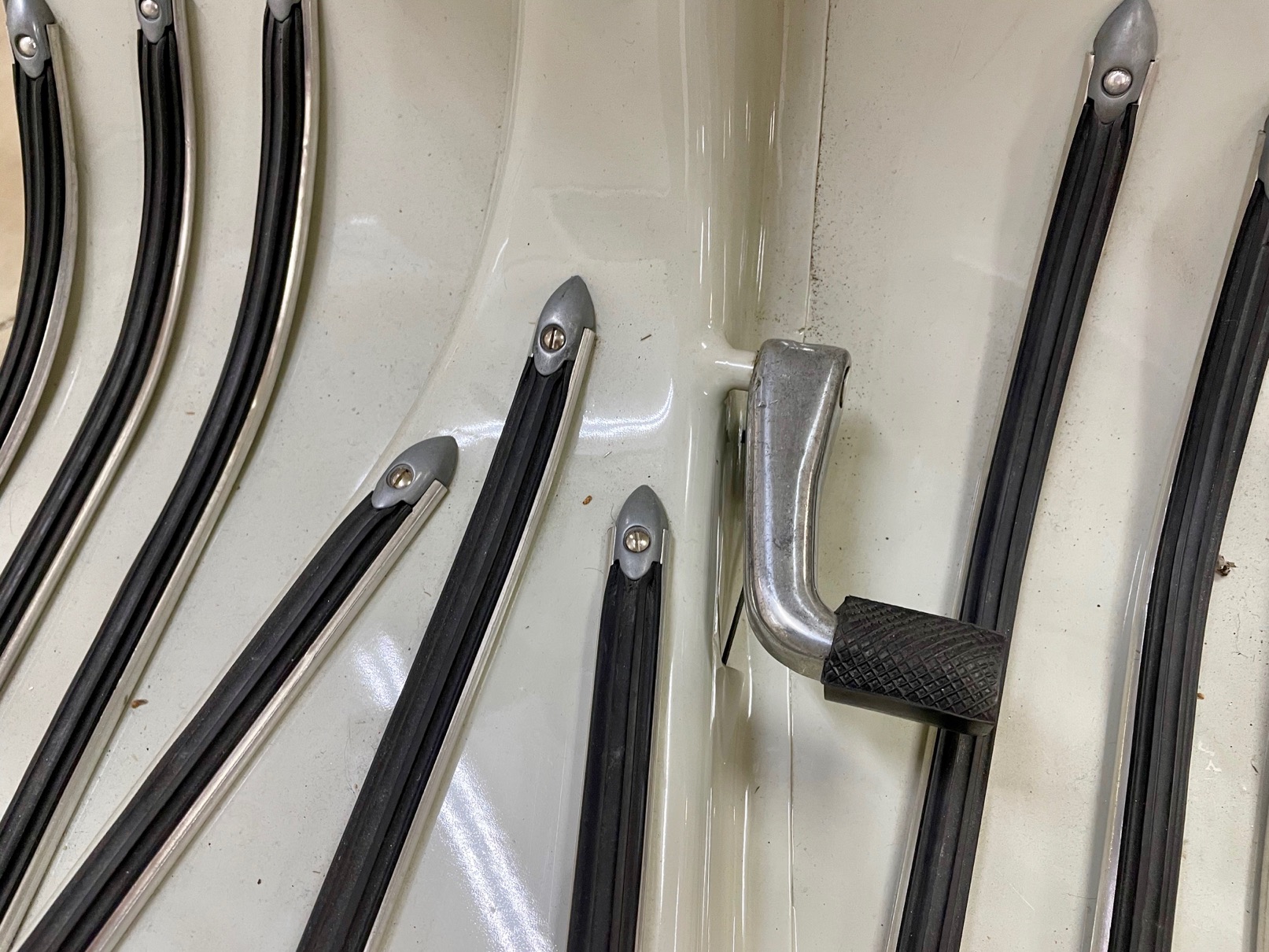 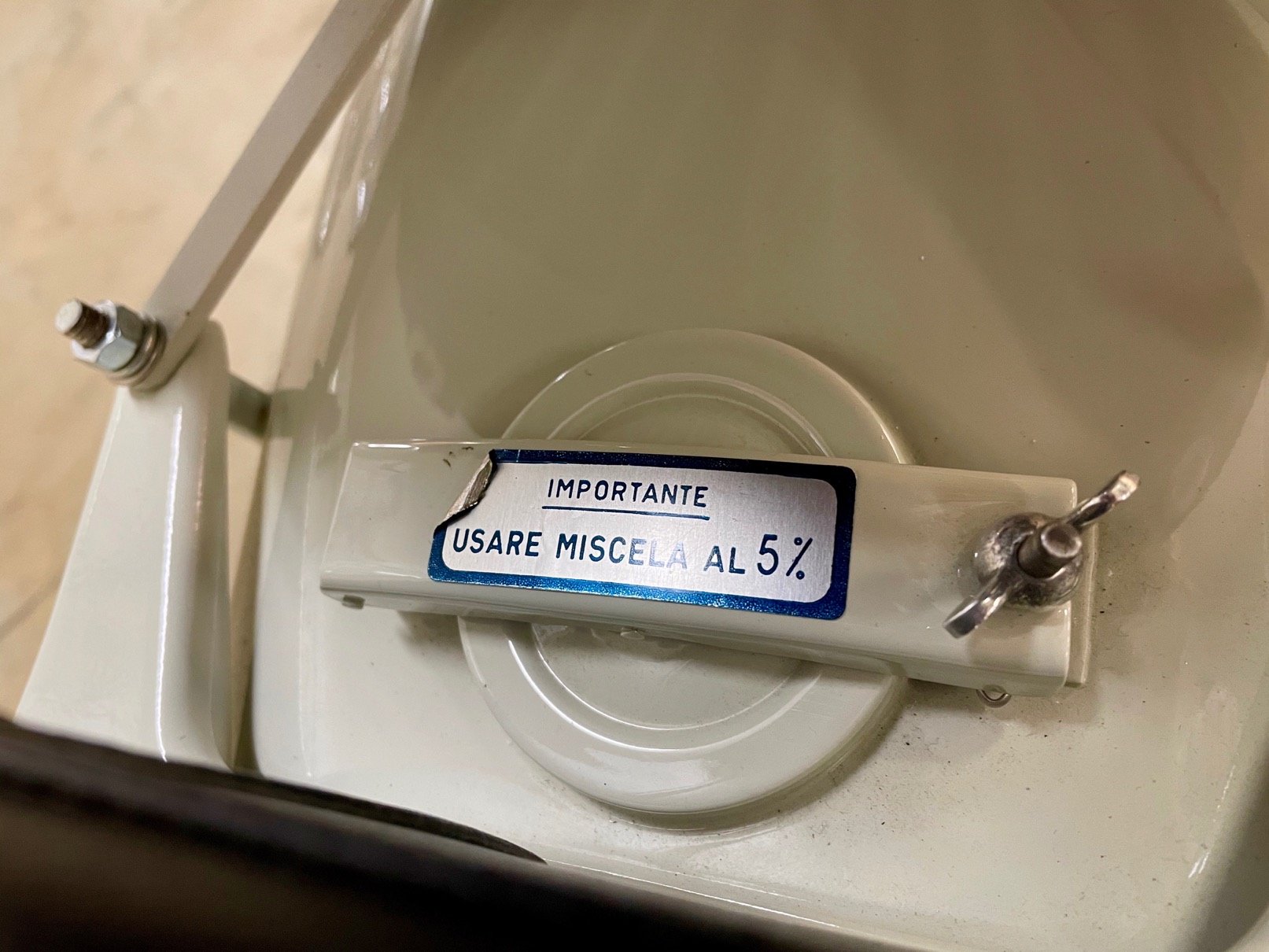 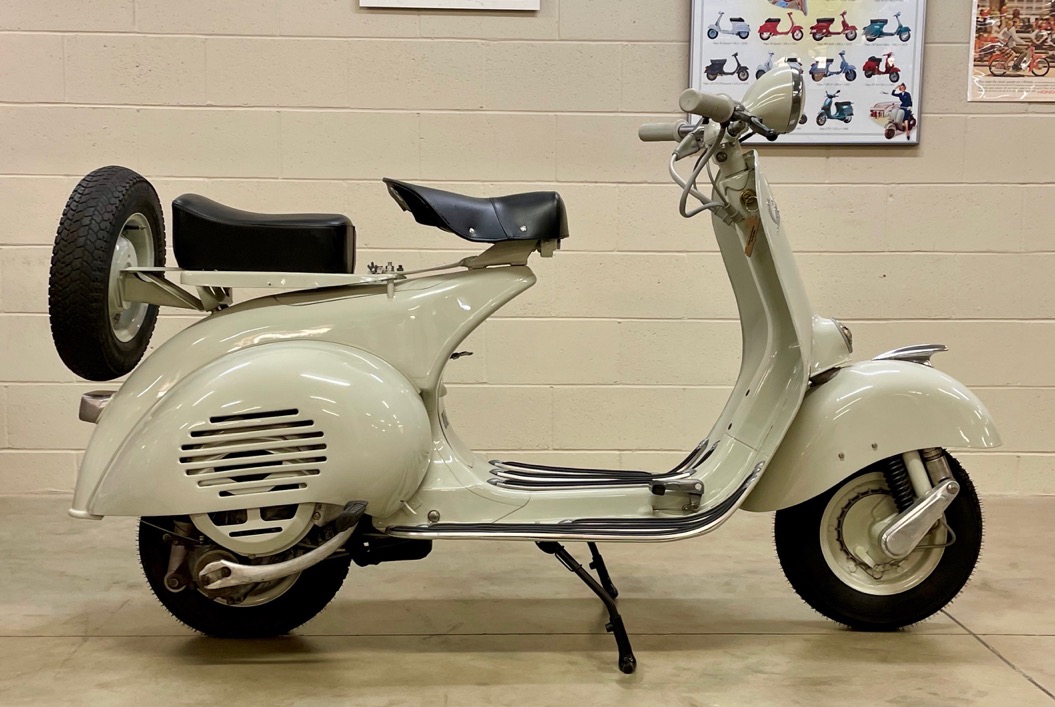 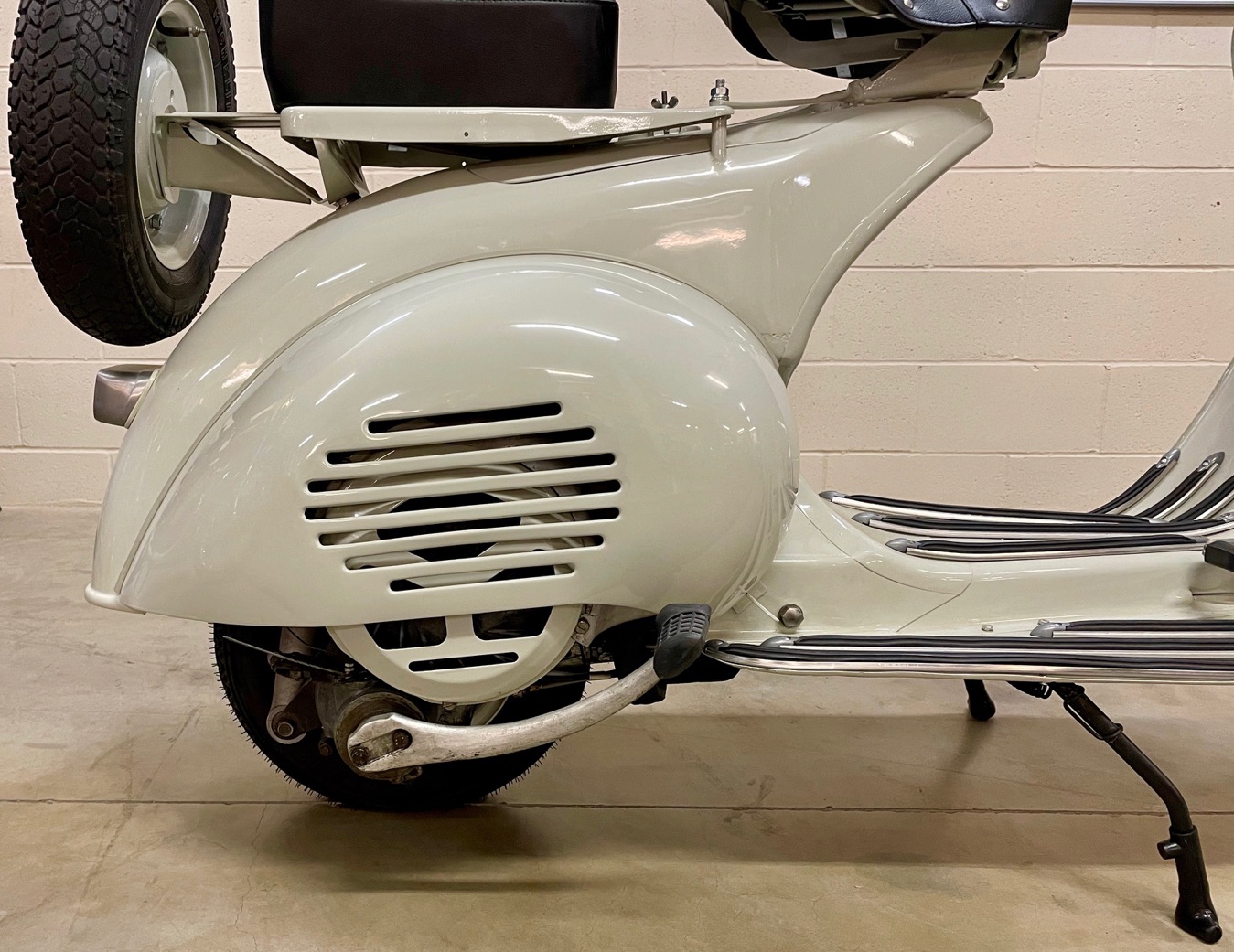 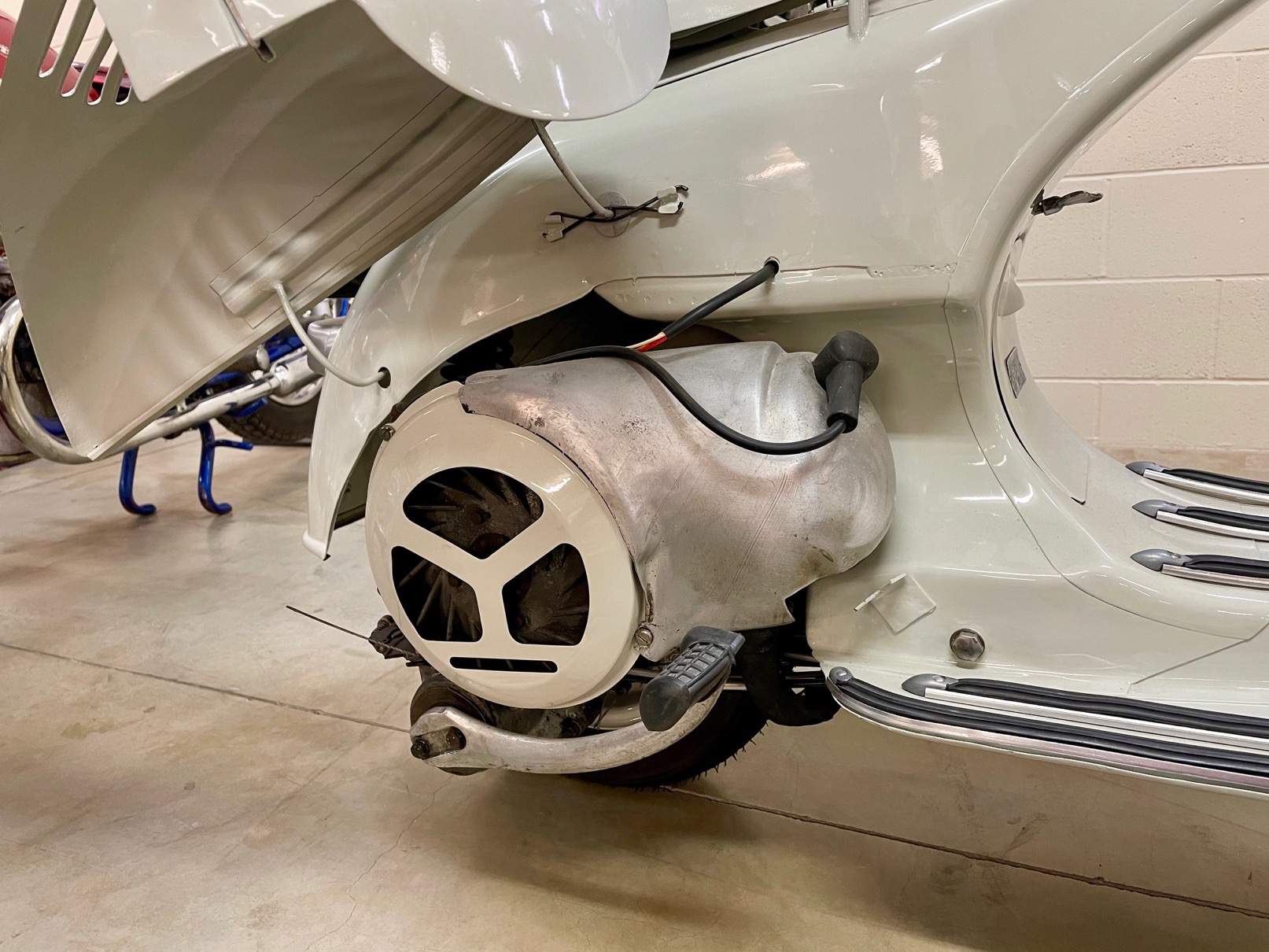 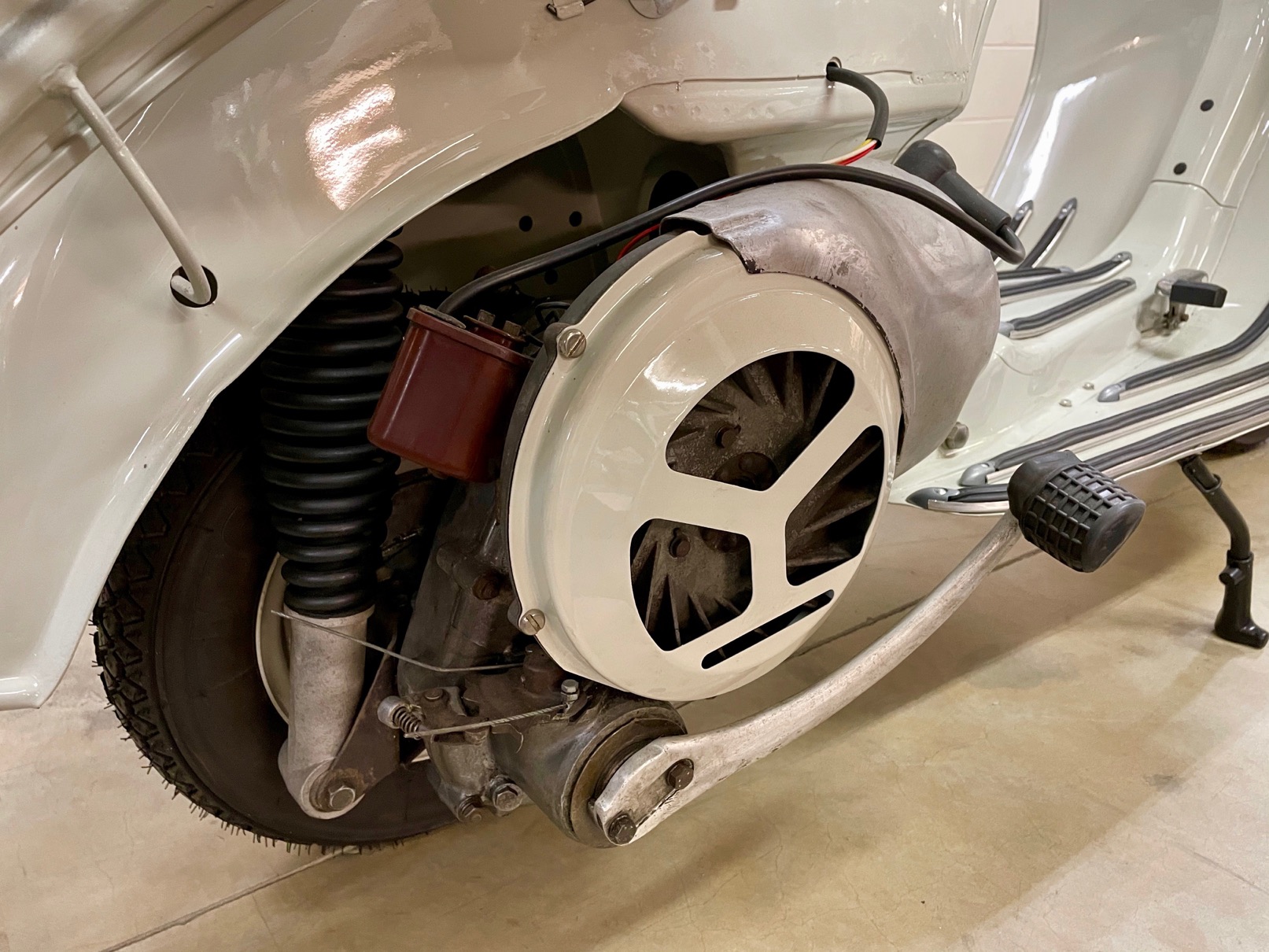 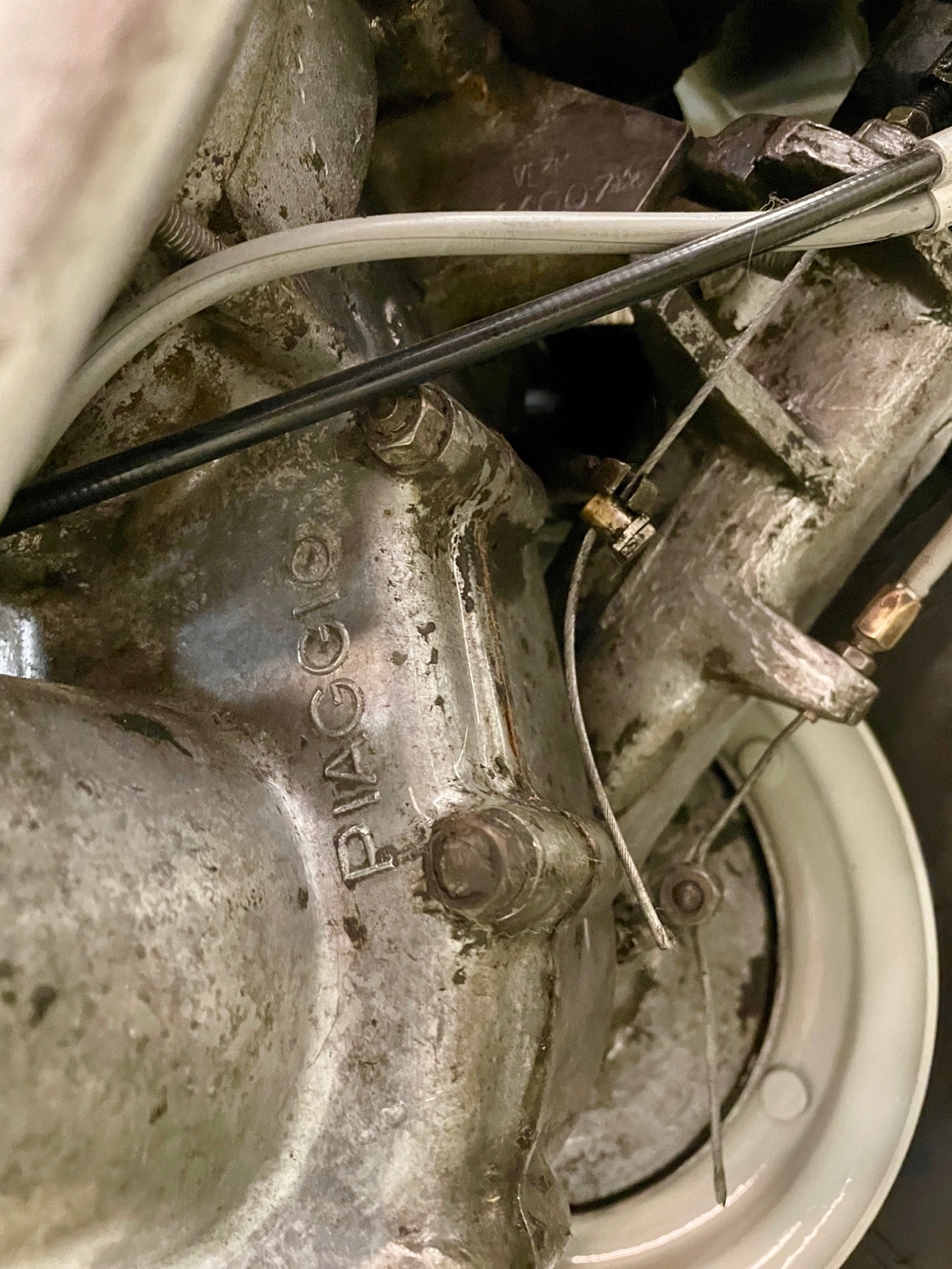 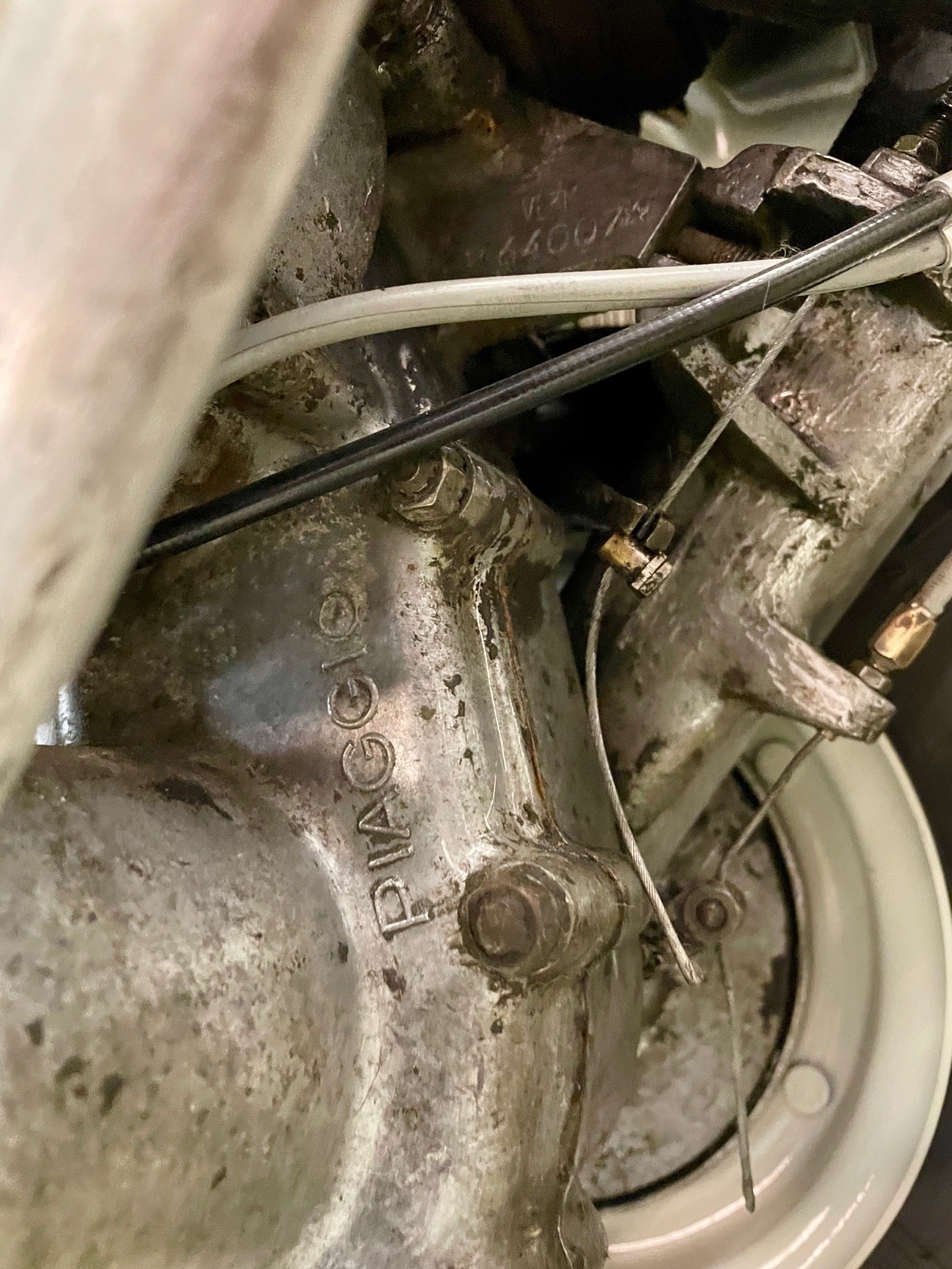 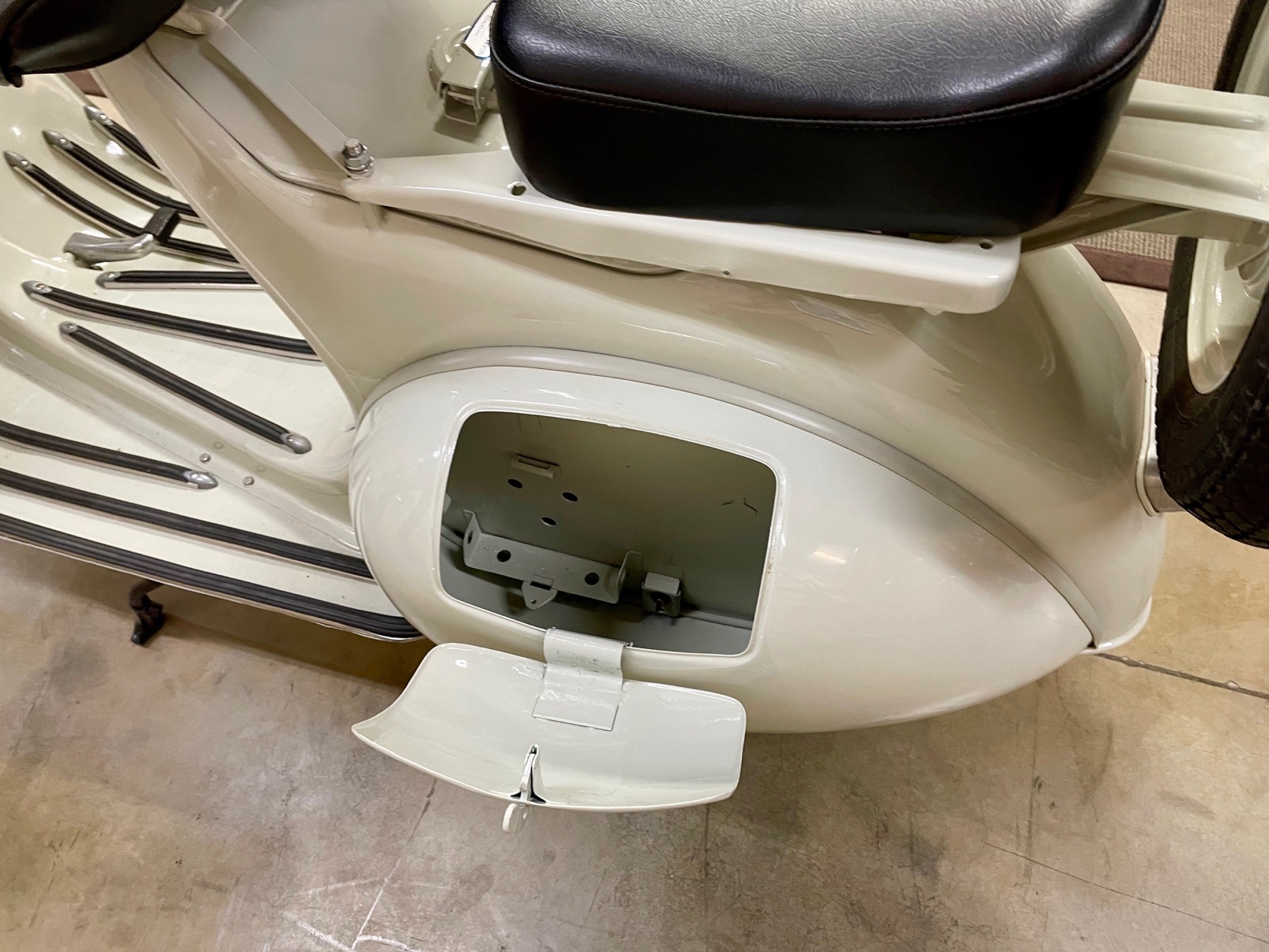 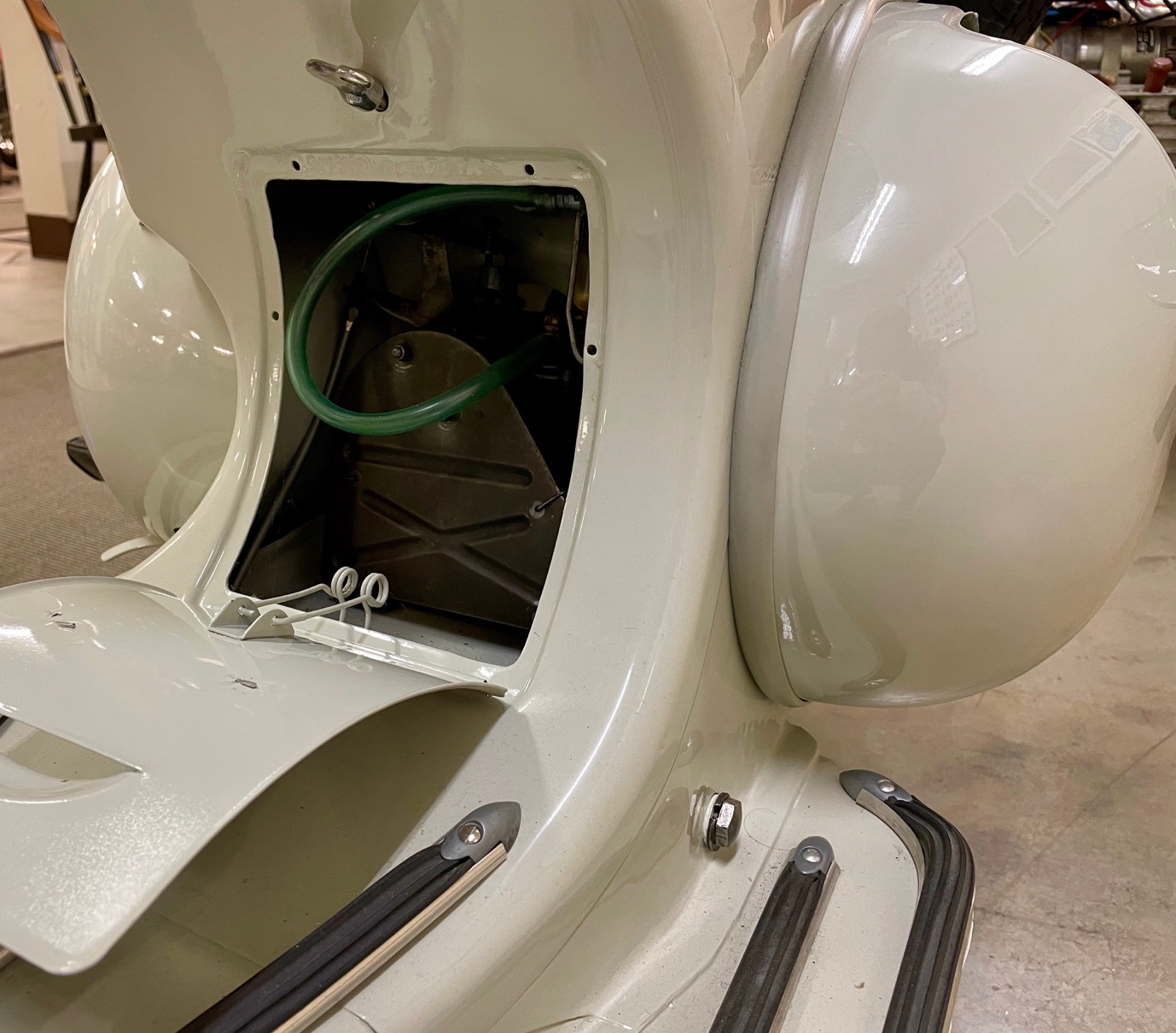 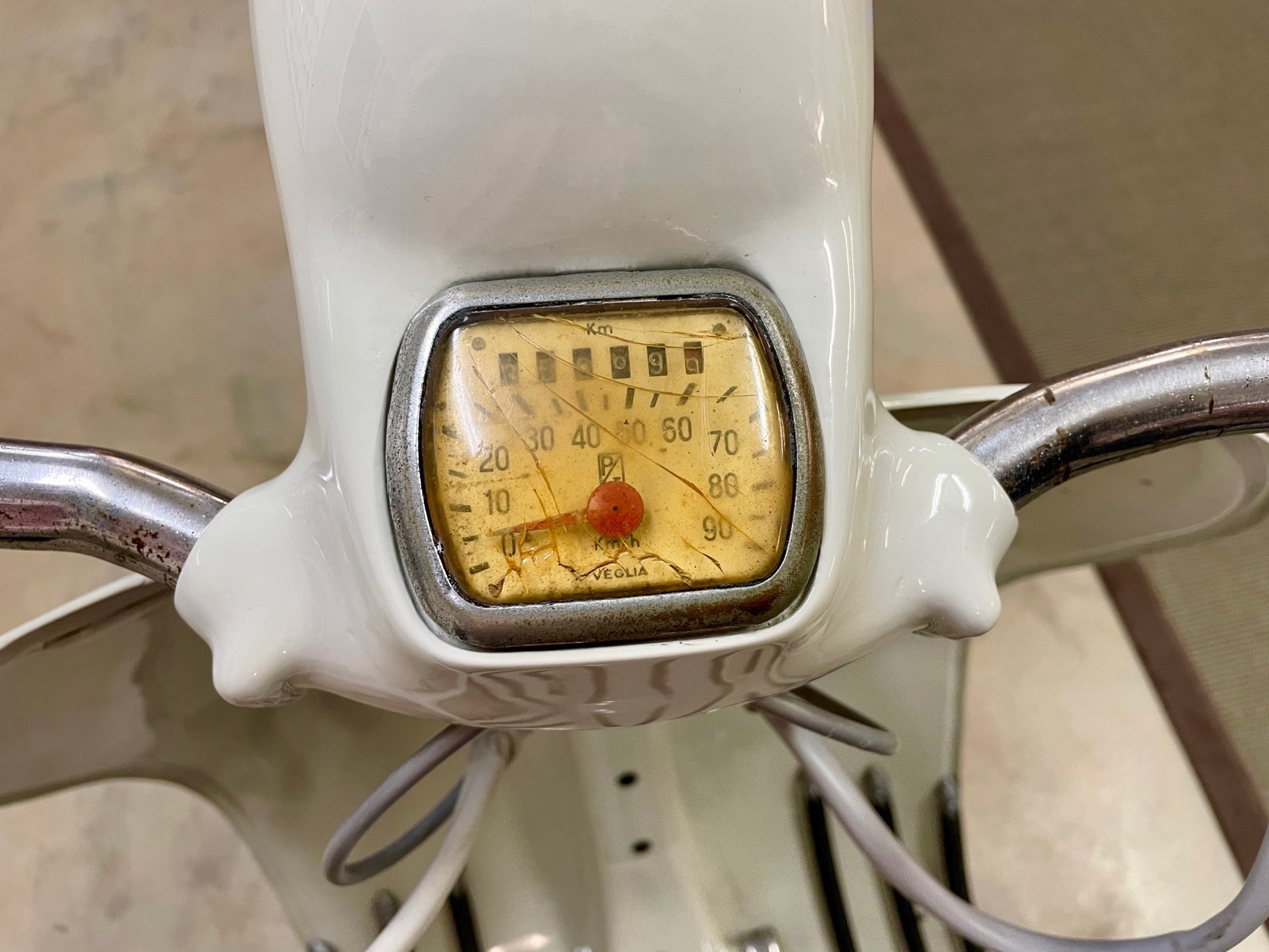 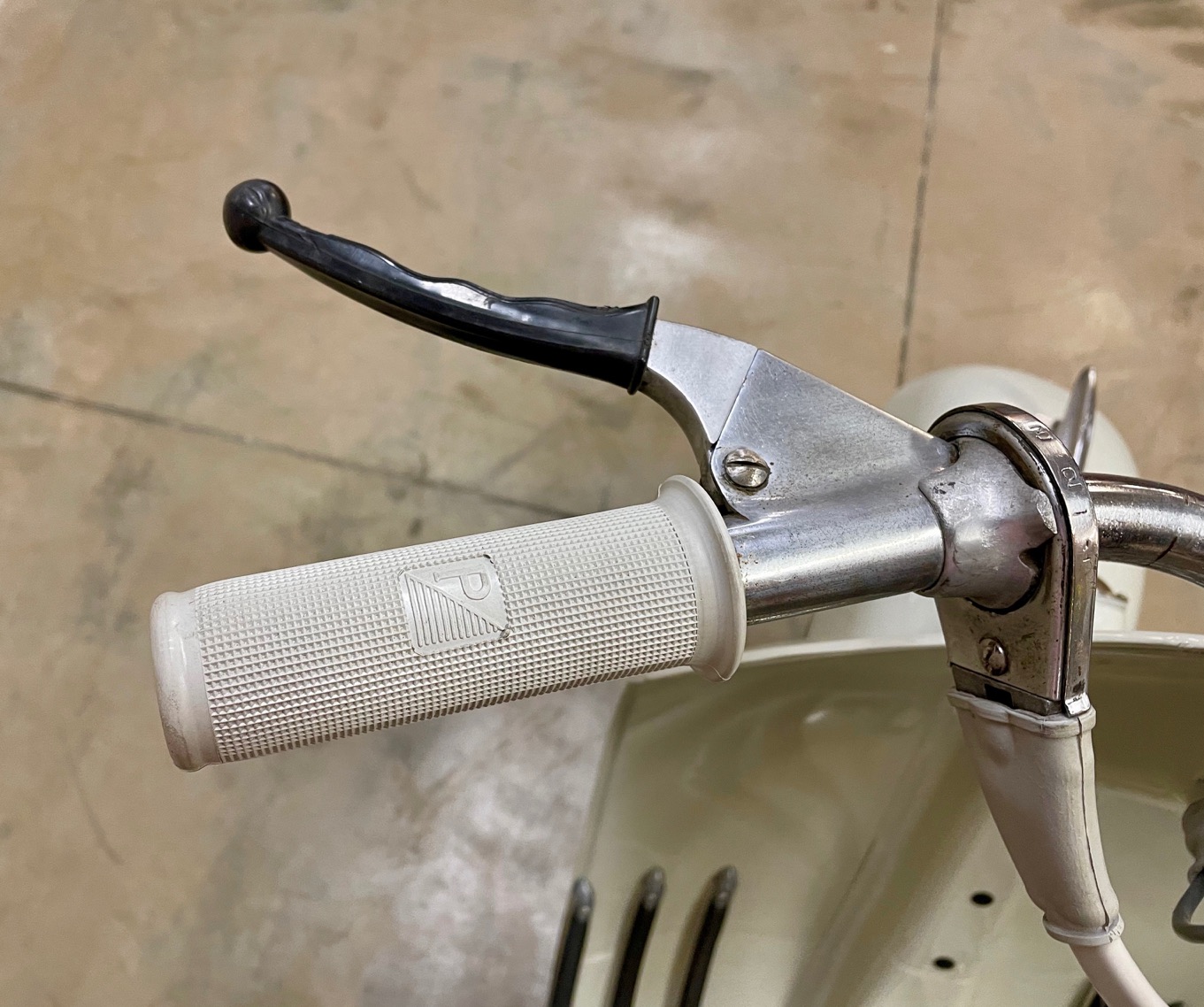 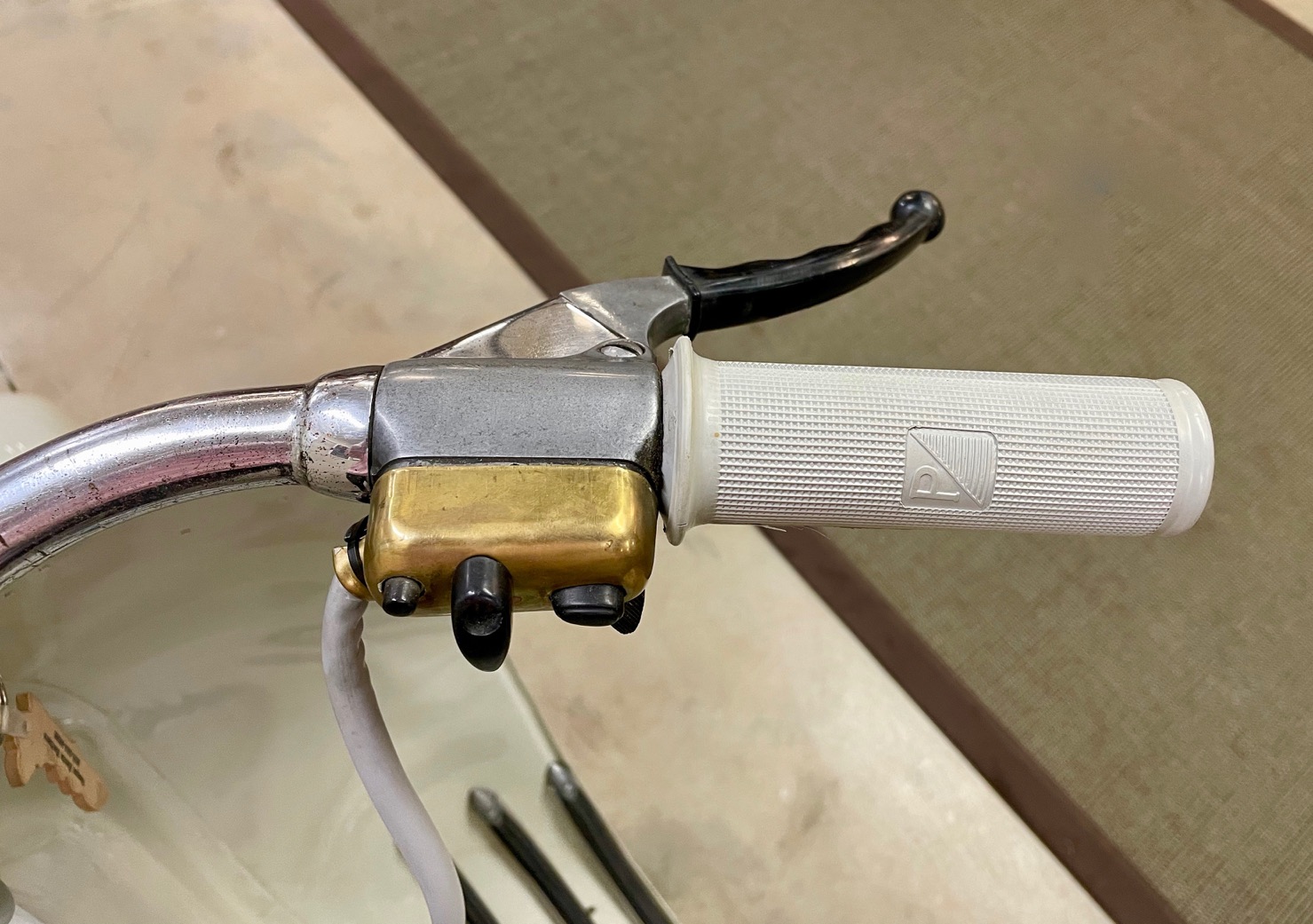 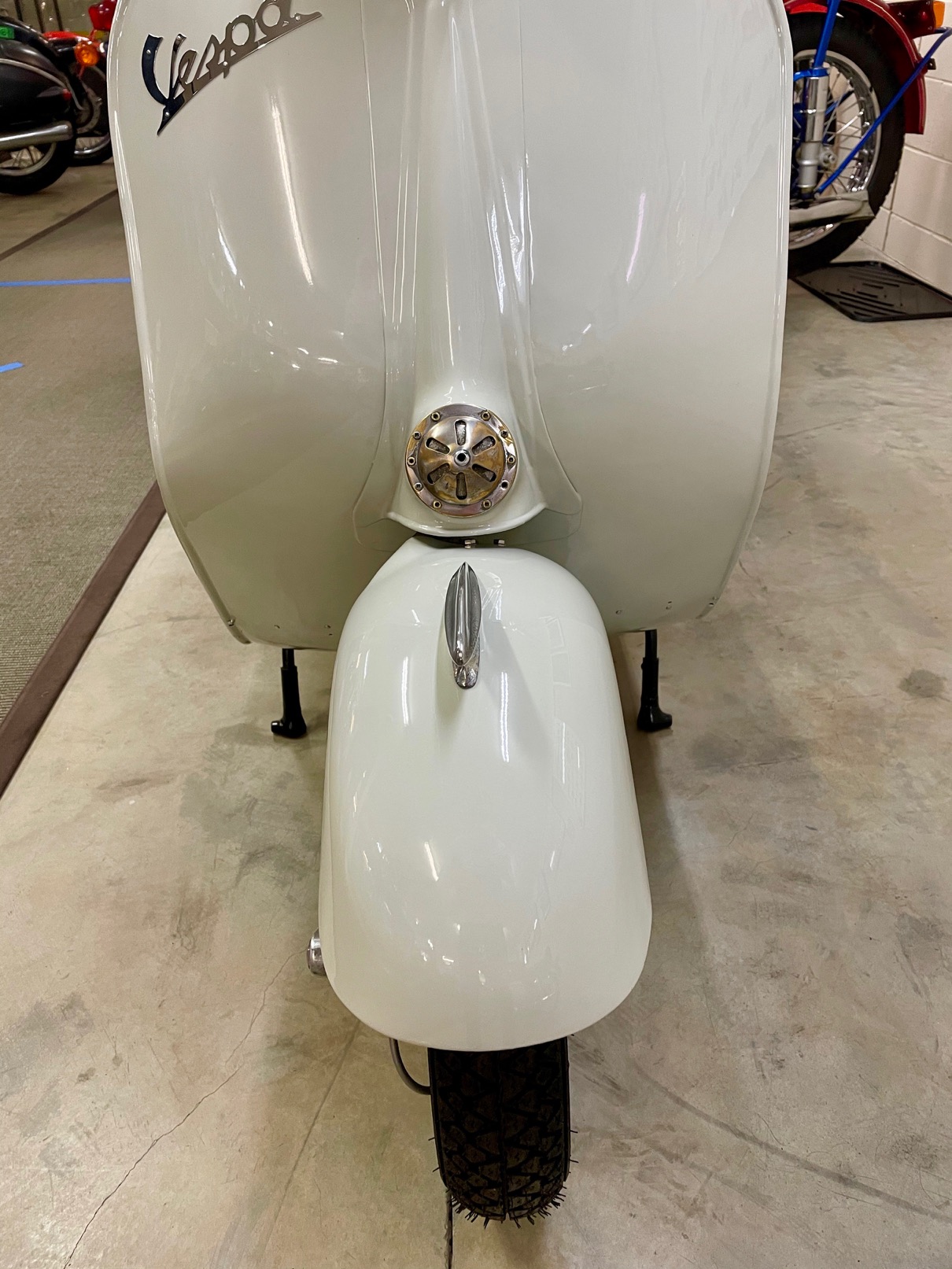 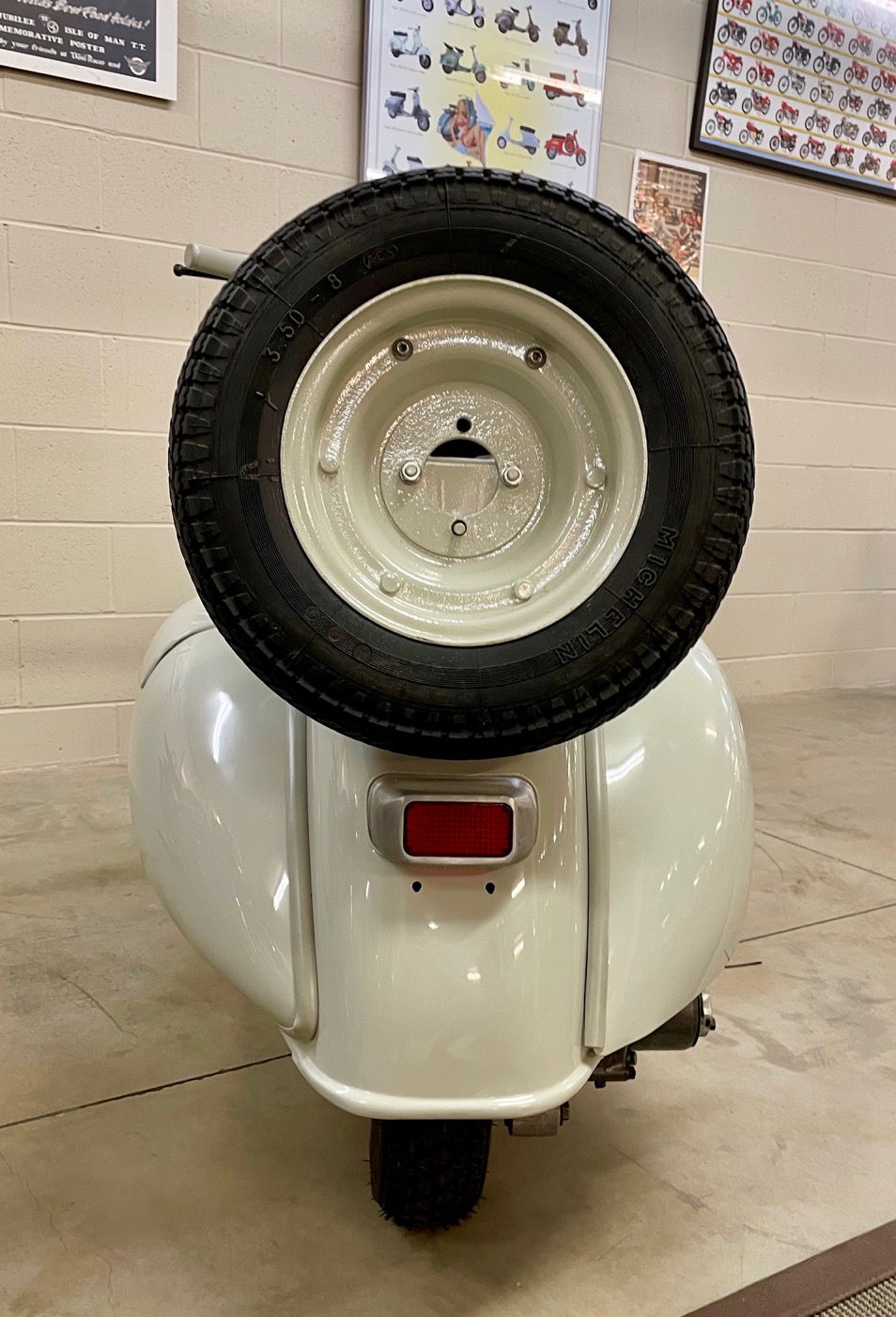 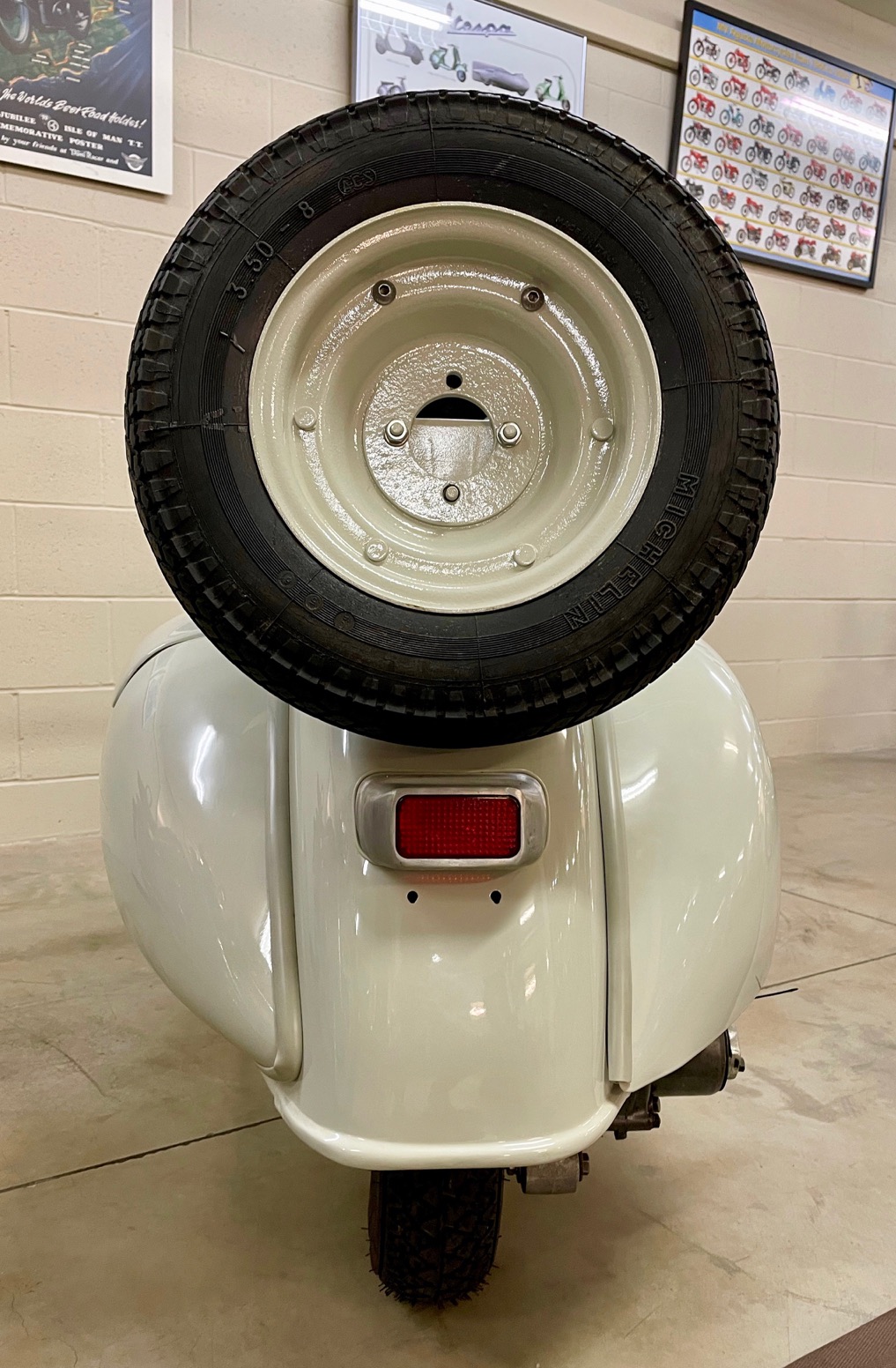 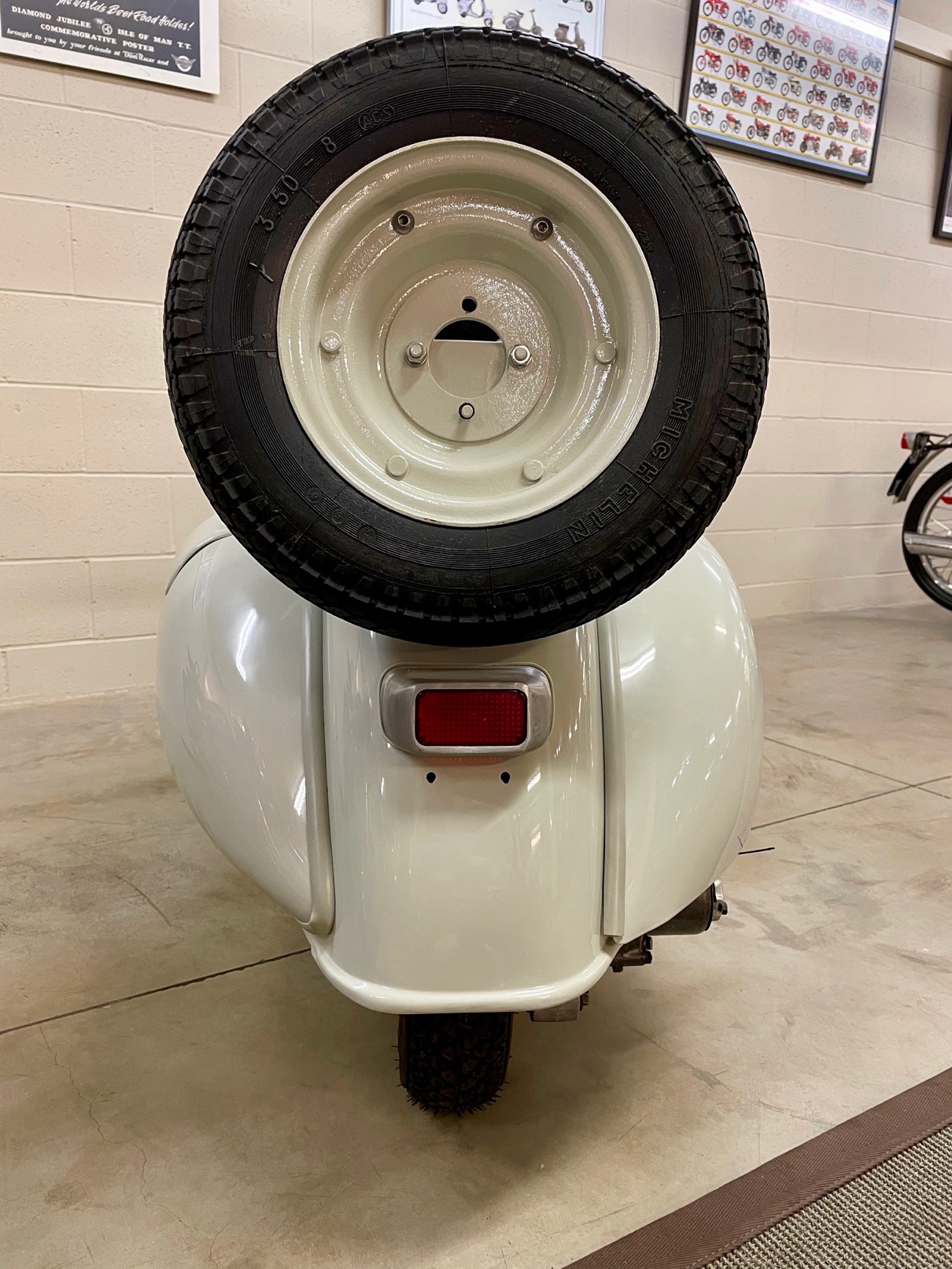 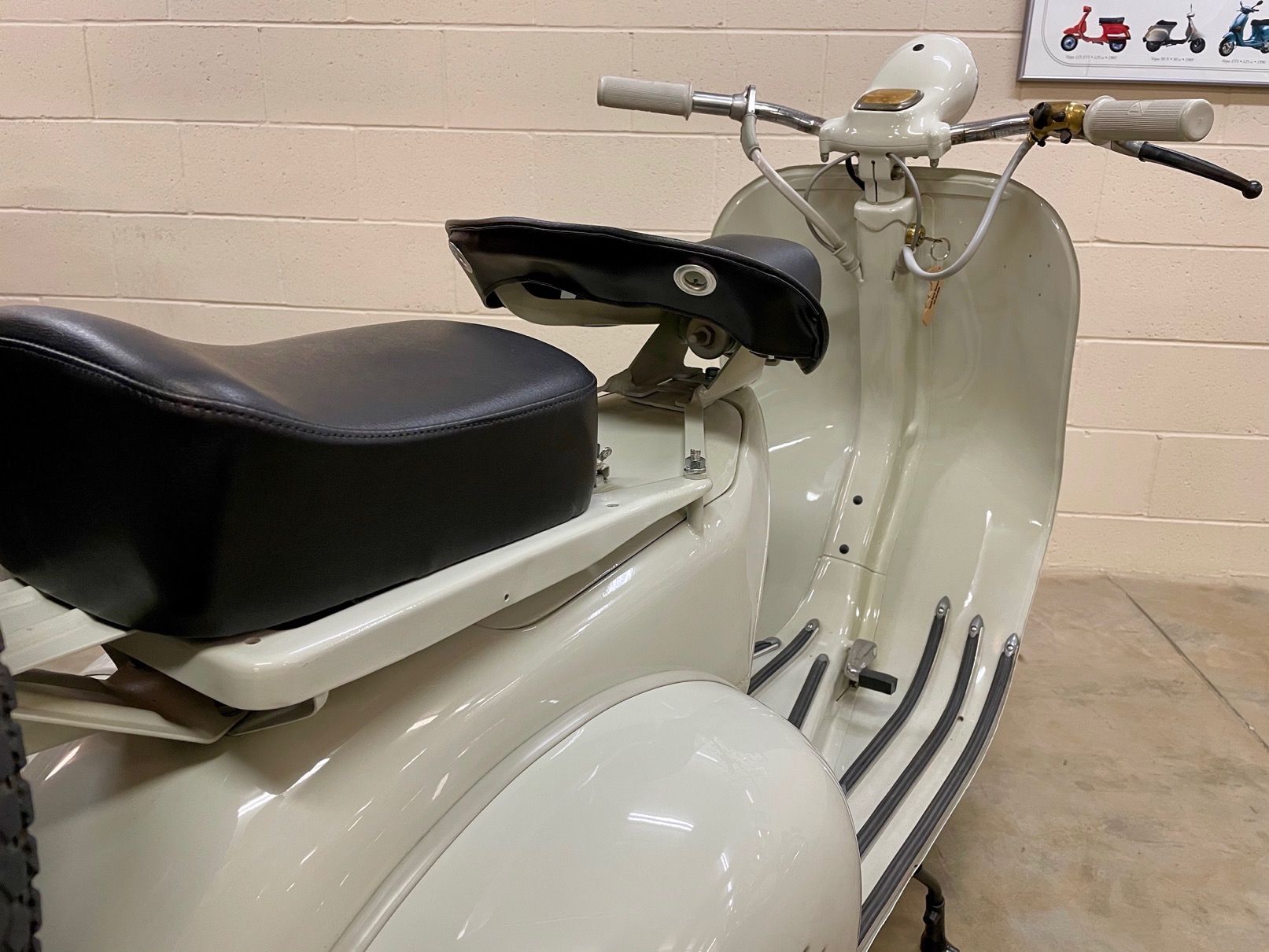