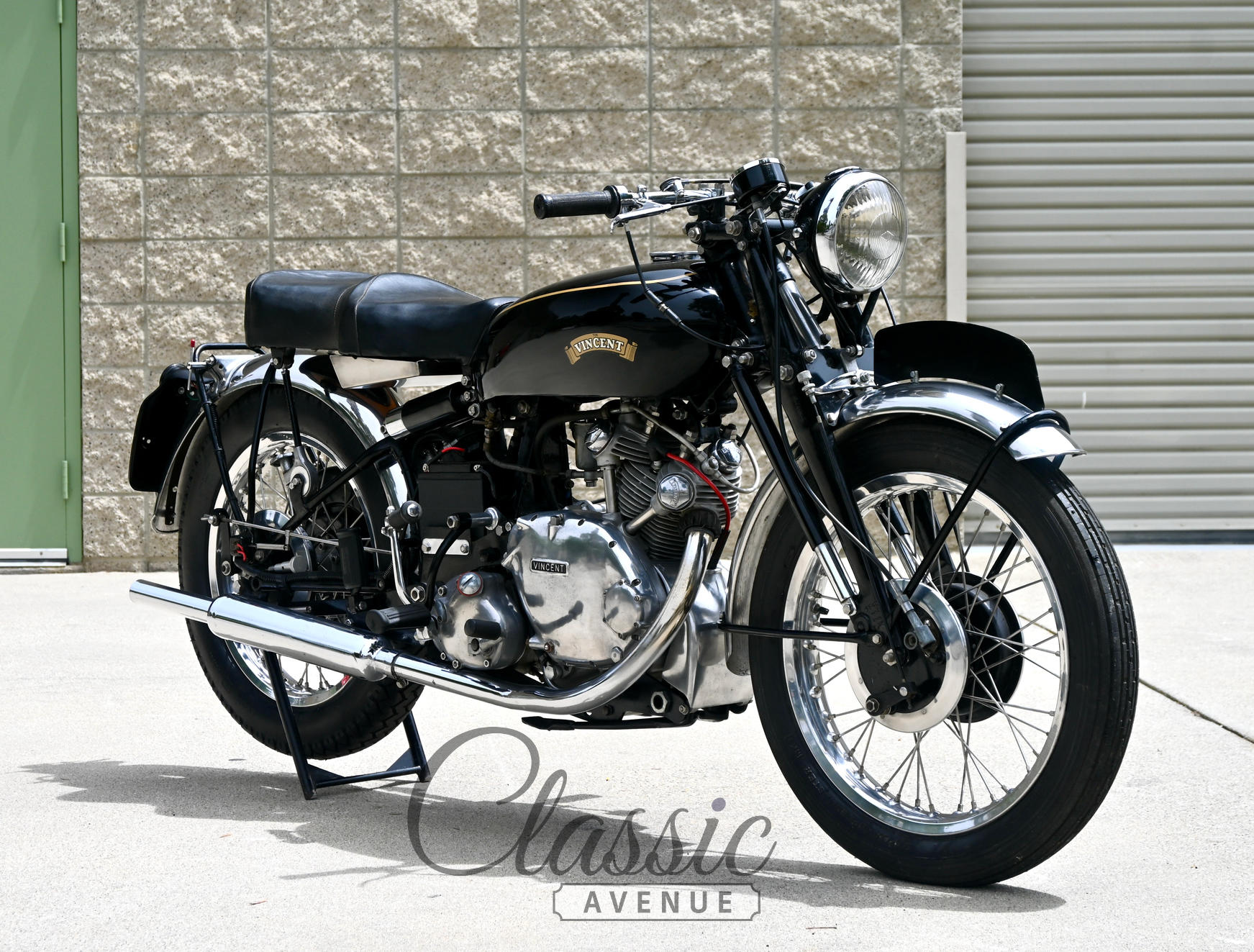 The Vincent HRD brand originated in 1928 when Philip C. Vincent acquired the name, jigs, tools and patterns of the recently liquidated HRD Company. Vincent moved production from Wolverhampton to Stevenage, Hertfordshire, and set about putting his motorcycle design ideas into practice, commencing with an innovative sprung frame that would remain a feature of Vincent motorcycles until production ceased in 1955.

Like others, Vincent relied on proprietary engines until increasing dissatisfaction with suppliers led to the creation of Vincent’s own motor in 1934. An overhead-valve 500cc single, this all-new power unit was designed jointly by Vincent and Chief Engineer Phil Irving. The duo brought fresh thinking to the design of what would become known as the Series A motor, opting for a relatively short stroke of 90mm coupled to an 84mm bore, a high-set camshaft and two guides for each valve with the rocker arm engaging between them. The sum of all these features resulting in a compact engine with considerable scope for tuning. The names Comet and Meteor were chosen for the sports and touring versions respectively of the stylish new Vincent HRD.

Production was stopped for WWII, then restarted soon after with the short-lived Series B Comets, which soon gave way to the successful Series C singles, built from 1948 to ’54. Effectively a Rapide V-twin minus its rear cylinder, the Comet offered the same degree of refinement as its bigger brother. The Comet combined a 90mph potential with excellent fuel economy and was the ideal touring mount for the discerning solo rider who placed civility of manners and quality of construction above outright performance. Apart from the missing cylinder, the Comet followed Series C twin lines, the model featuring the newly introduced Girdraulic forks and hydraulic dampers at front and rear.

The 1952 Vincent 499cc Comet on offer here has no known history until tit was purchased by Mr. Charles A. Jacobs of Jacksonville, Florida from Pollard’s Motor Cycles in Sheffield, England according to accompanying documentation. A matching numbers example the bike was imported in the condition you see it here as can be seen from photos taken in England that accompany the sale. It then remained on static display in his collection.

Since acquisition by our vendor, the bike has been extensively re-commissioned with attention given to the fuel system, with a complete flush and clean of tank, lines and carb, and the spark system with new battery, etc. The bike starts easily and runs well. It steers and handles well and after a brake adjustment, stops as well.

An older restoration, the bike presents well and would make an enviable addition to a collection or a distinctly enjoyable ride.