In 1928, engineer Edward Turner was shopping a new motorcycle design to English manufacturers. BSA turned him down, but Ariel was interested. The engine was an unusual four-cylinder. V-twins and inline fours, set both lengthwise and across the frame, had been used previously but Turner’s new design had two vertical twins sharing a common crankcase. The cylinder barrels were cast as a unit in a monobloc design. Their two crankshafts were joined by a flywheel and rotated in opposite directions. By having the two pistons of one crank at top and bottom dead center and the pistons of the second shaft at half stroke, the design was ingeniously compact and the firing order made it practically vibration free. The Ariel Square Four 4F made its debut at the 1930 Olympia Motorcycle Show featuring an overhead camshaft 500cc with a hand shift for the Burman gearbox, which was integral with the crankcase. Overhead camshafts and unit construction were well into the future for most firms, so Ariel was a real pioneer. Few knew then that the bike would become a legend of the British industry, both for its performance and dependability. The latter was underscored by the Square Four’s widespread use in the British law enforcement community.

Improvements were continuous during the Square Four’s 28-year production run. The 4G was introduced in 1936 with a new 996cc overhead-valve engine. To accommodate the larger displacement, a new crankshaft was set in a much stronger crankcase. These years saw the British economy recovering in the run up to World War II, and Square Fours were seen on the road more often, where they were known as the “Monarch of the Multis”, referring to their multi-cylinder engines in a sea of British singles and twins.

An exercise in weight shedding saw the cast-iron cylinder head and barrel replaced by alloy components for 1949, the revised model, now capable of 90mph-plus, being known as the Mark I. To date, the innovative Ariel Square Four remains unique in motorcycling history; a true ‘gentleman’s motorcycle’, this refined yet characterful machine retains an enthusiastic and loyal following, and is highly prized by discerning enthusiasts.

The Mark I on offer here was fully restored by a previous owner, AJ Lewis, before passing to Triumph guru Rod Wheeler some years later, who then addressed the cosmetics. On static display for the last decade in a substantial and discerning private California collection, the bike remains in excellent condition and would need little recommissioning to return to regular road-use.

Sold on a California title. 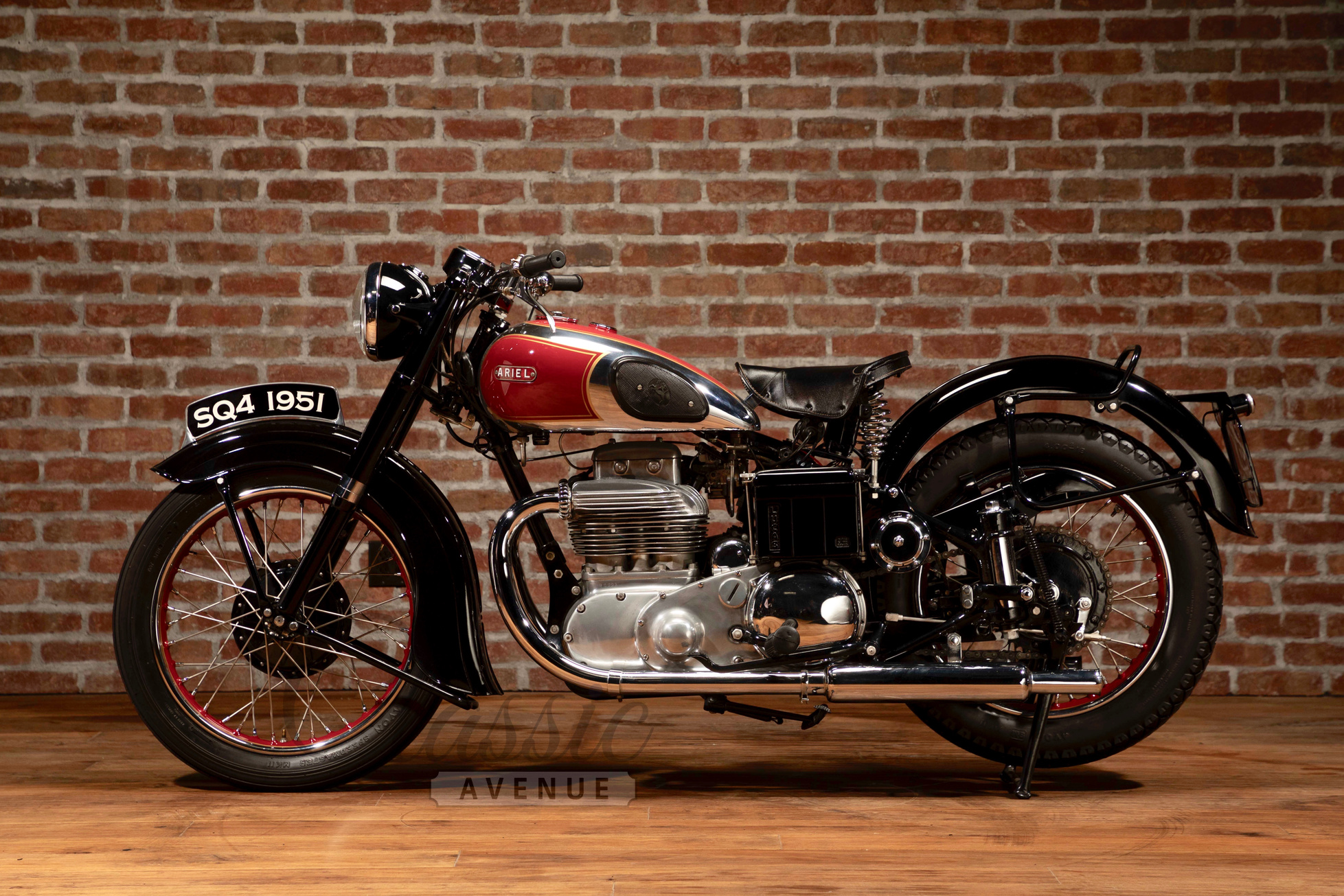 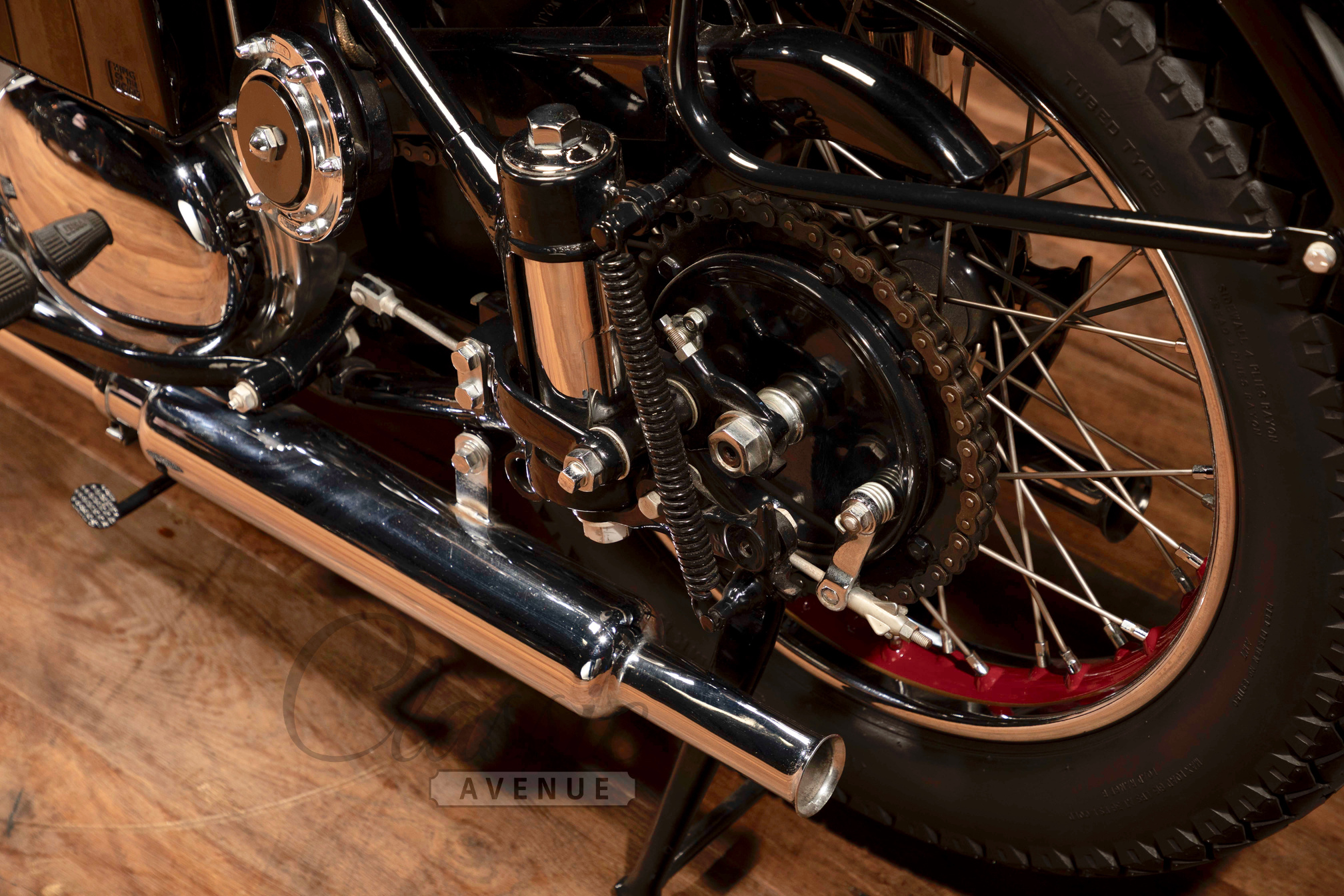 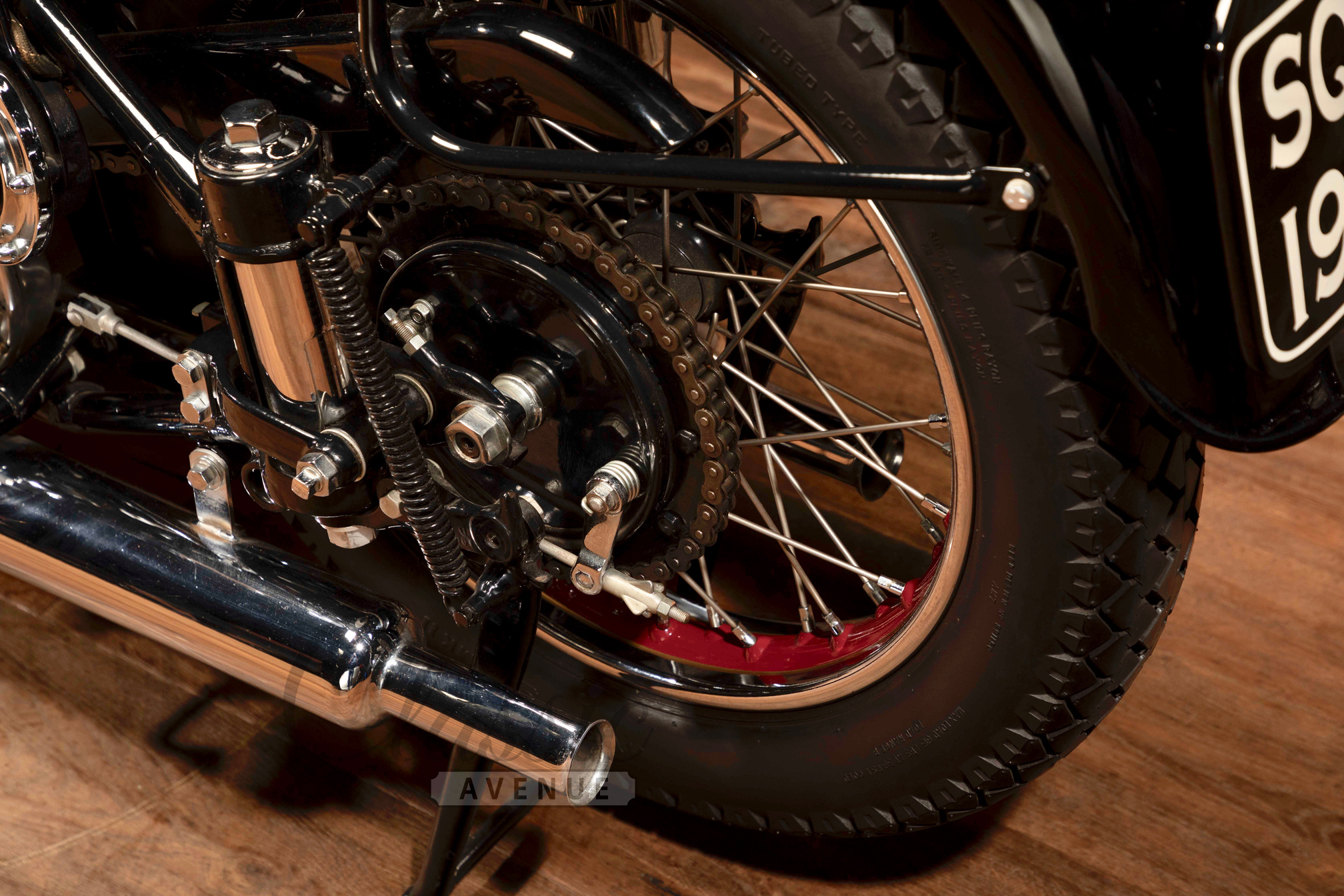 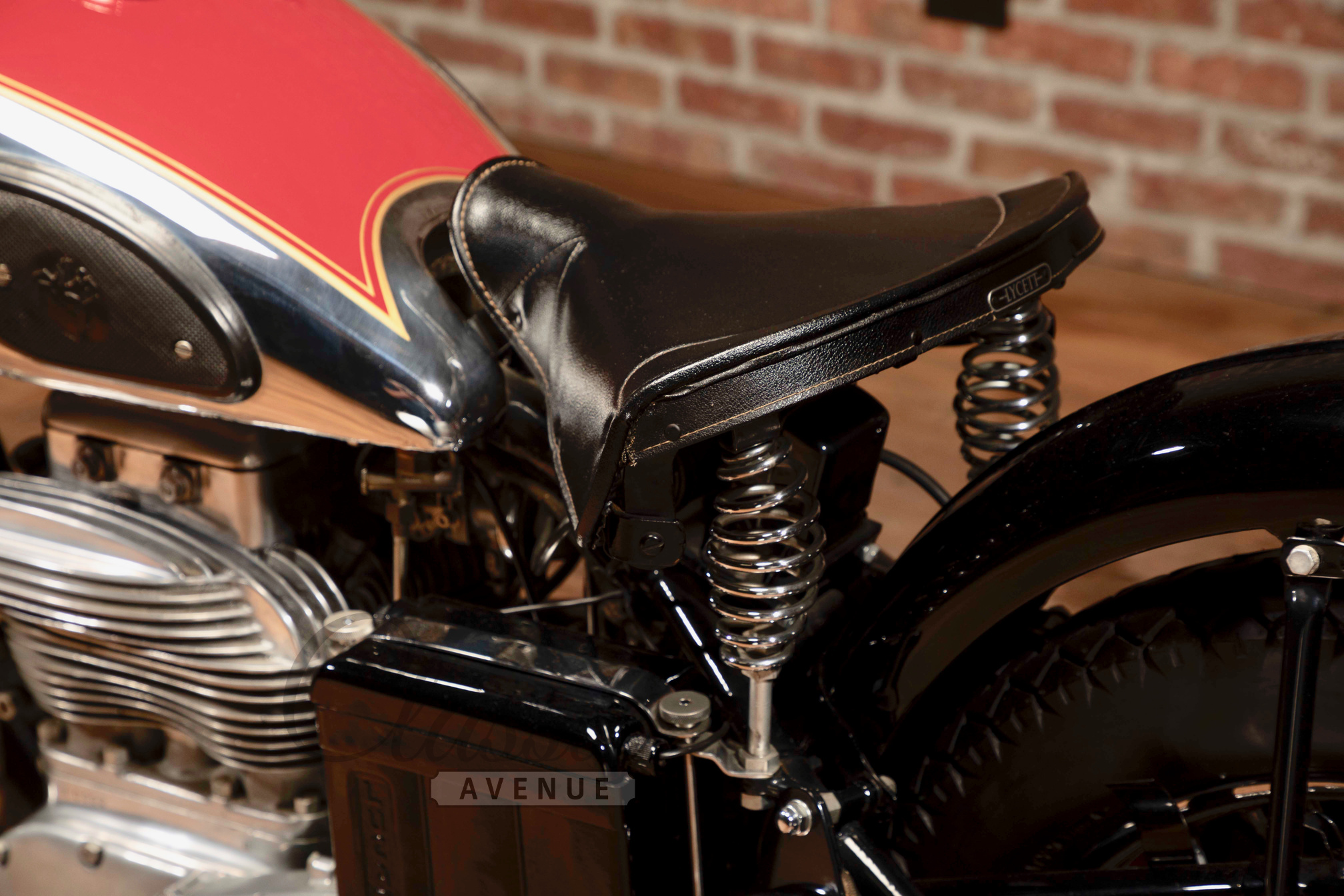 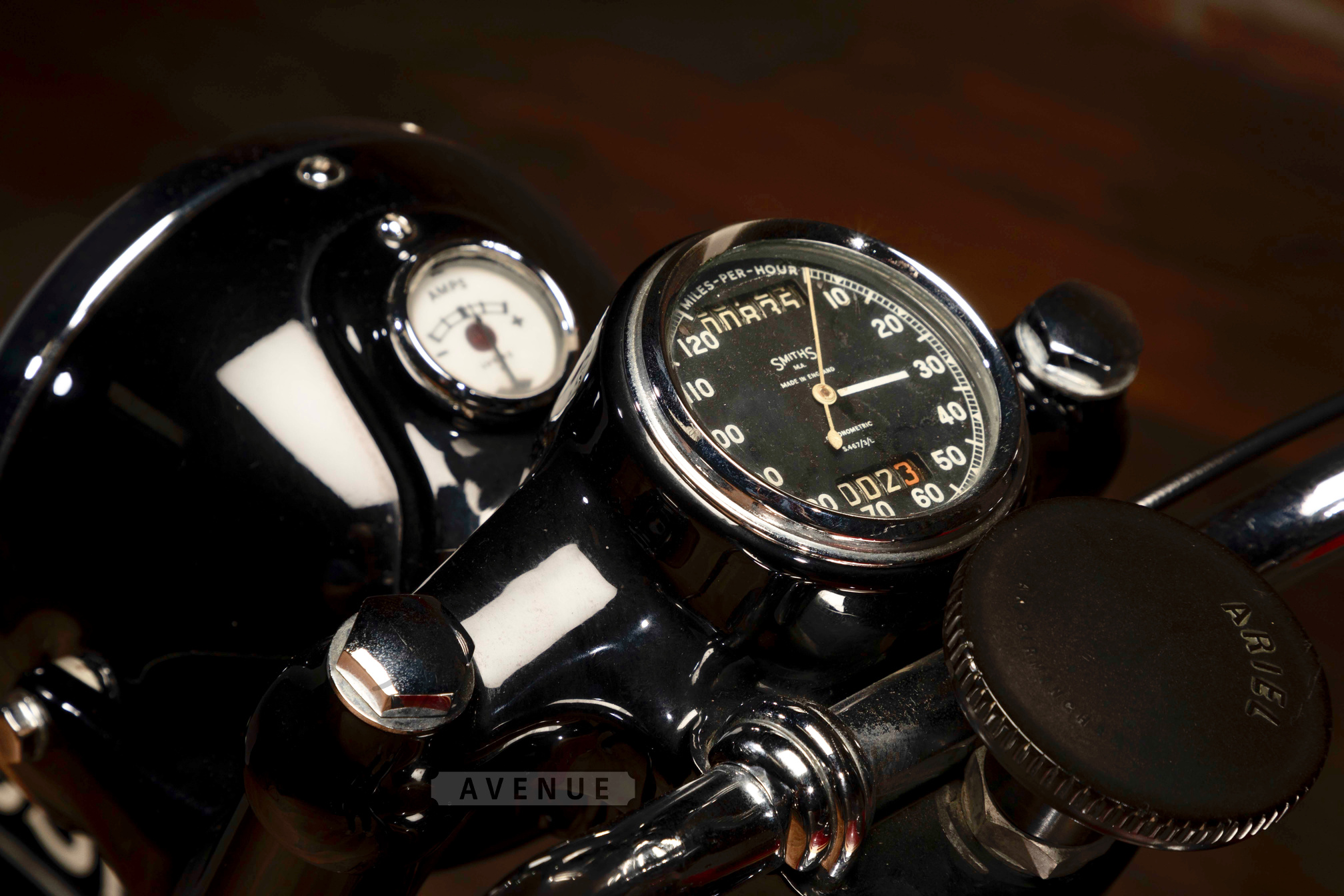 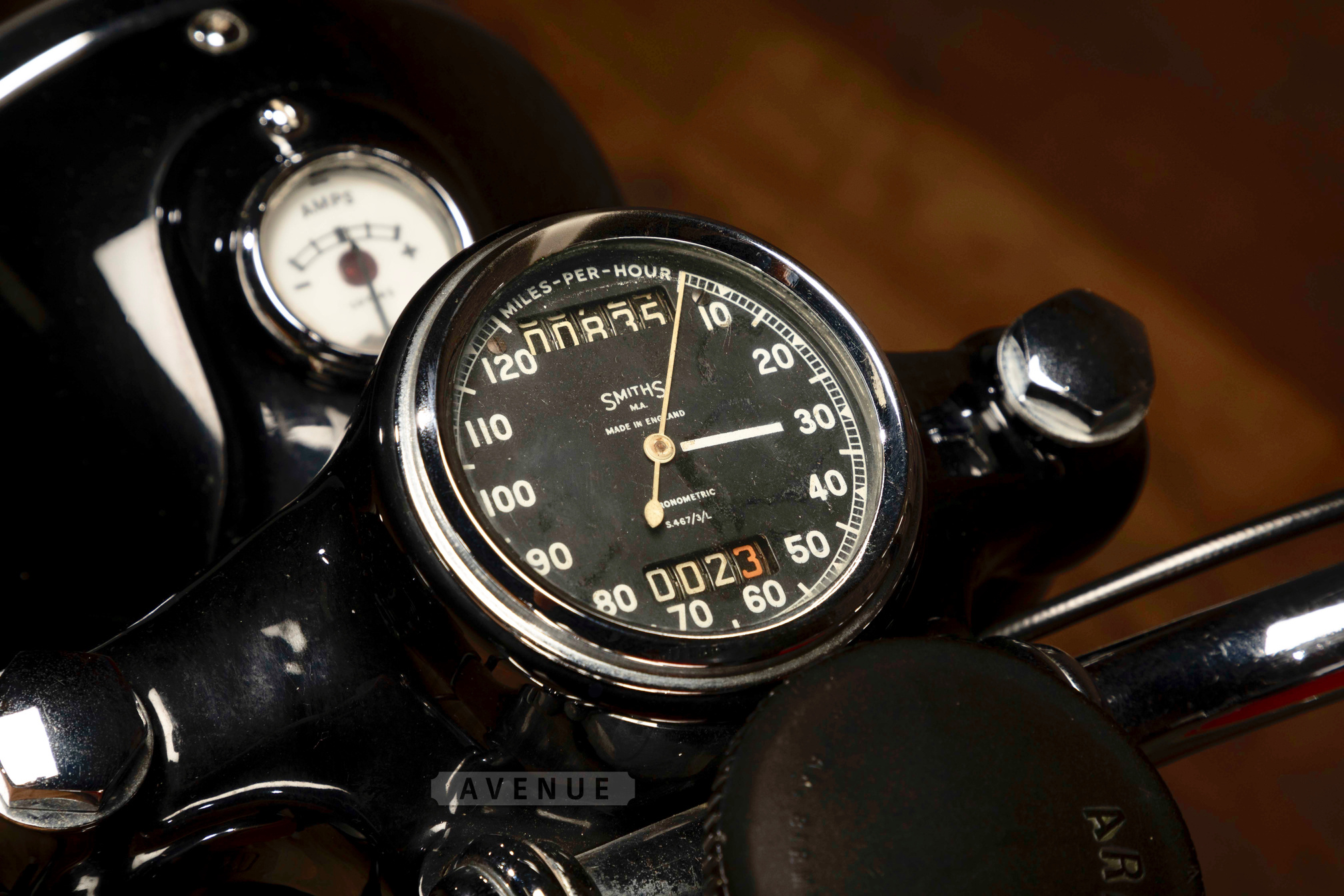 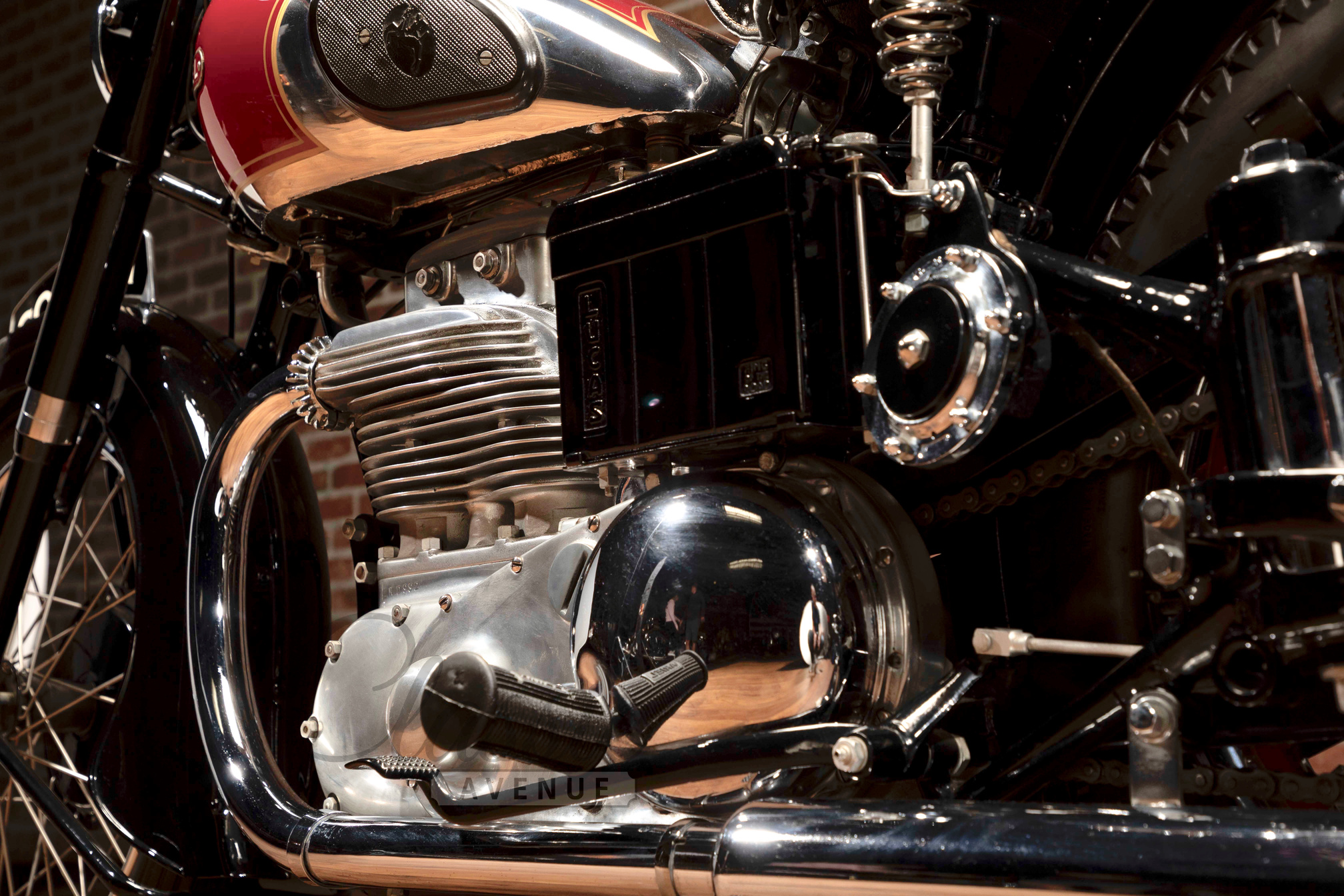 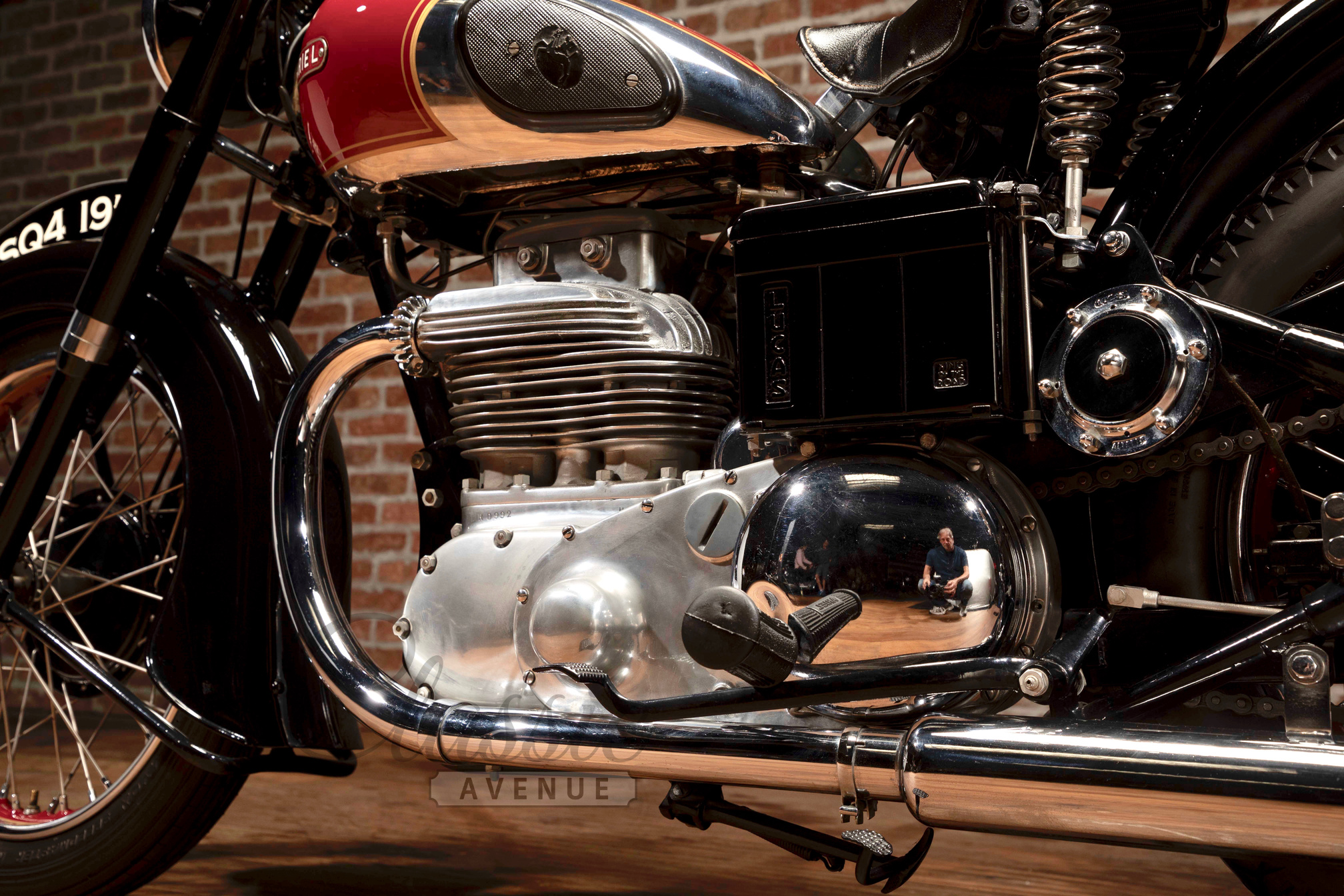 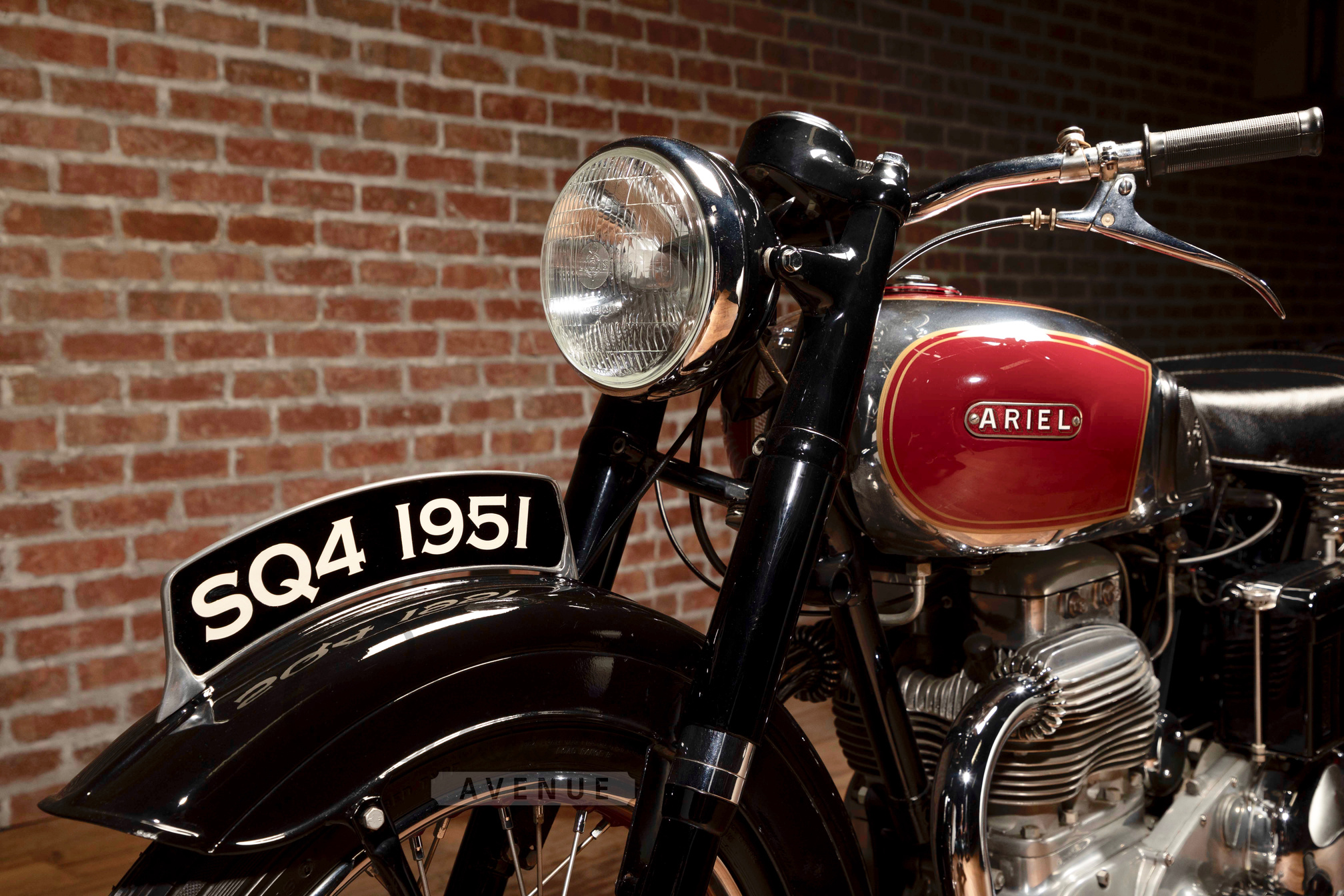 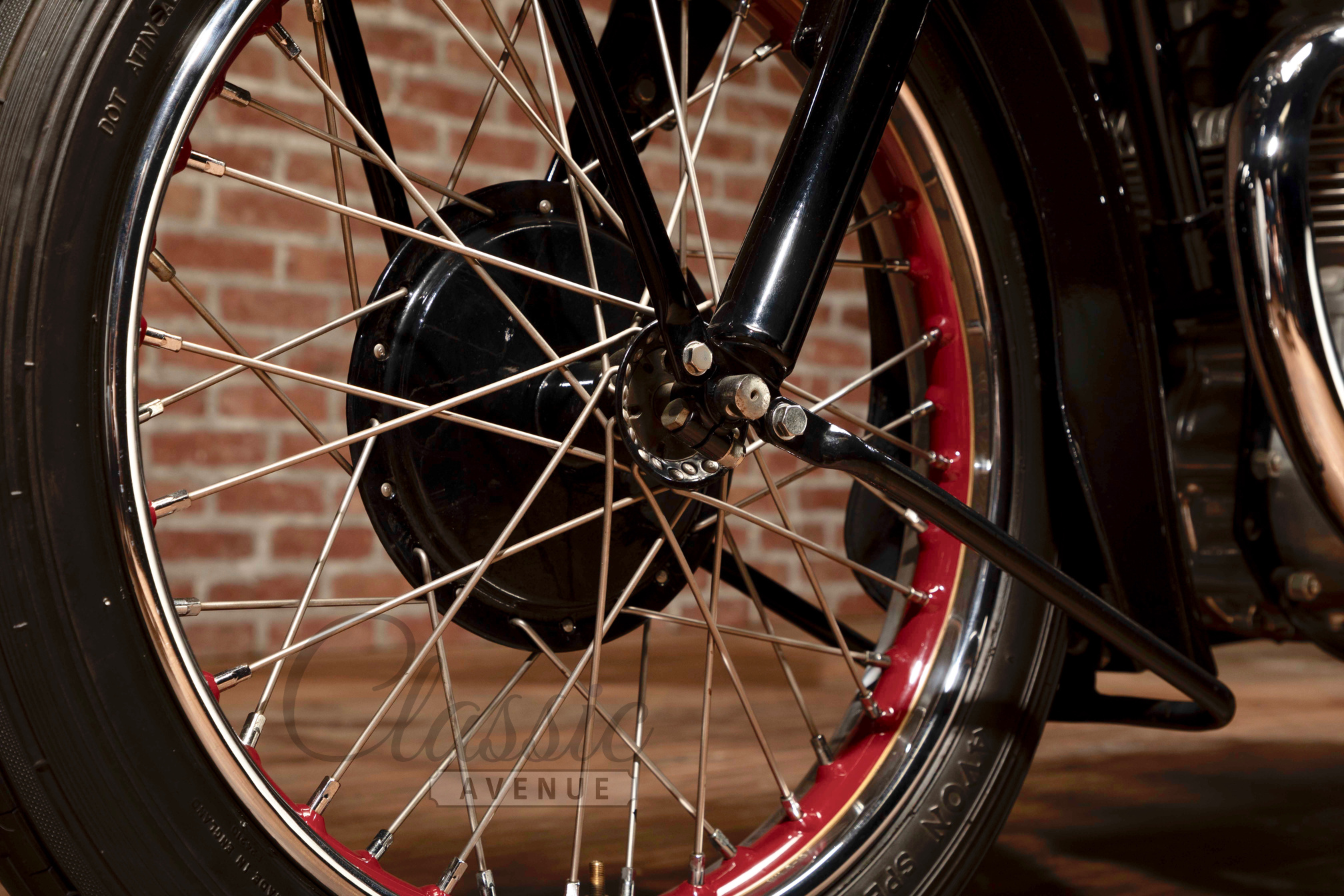 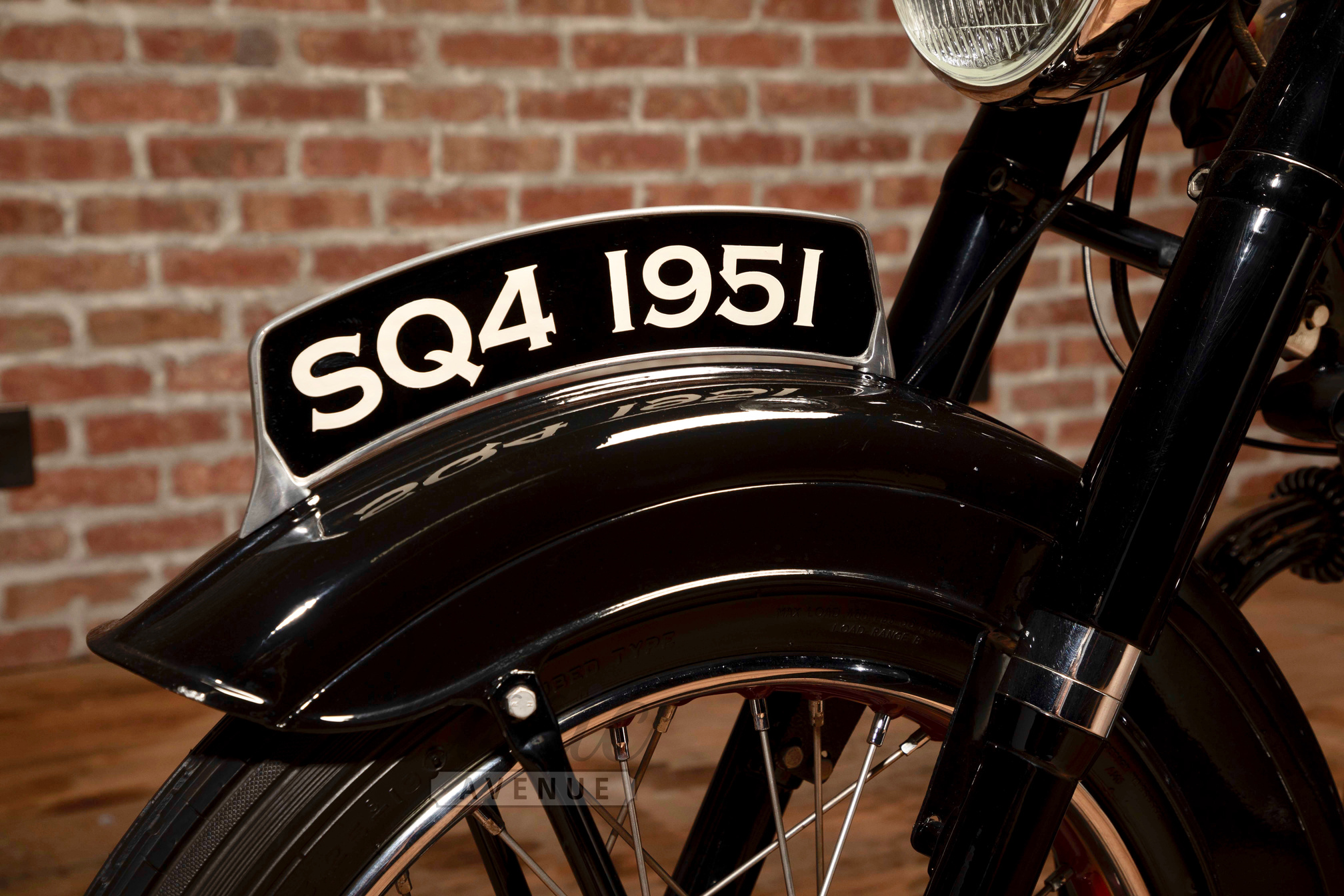 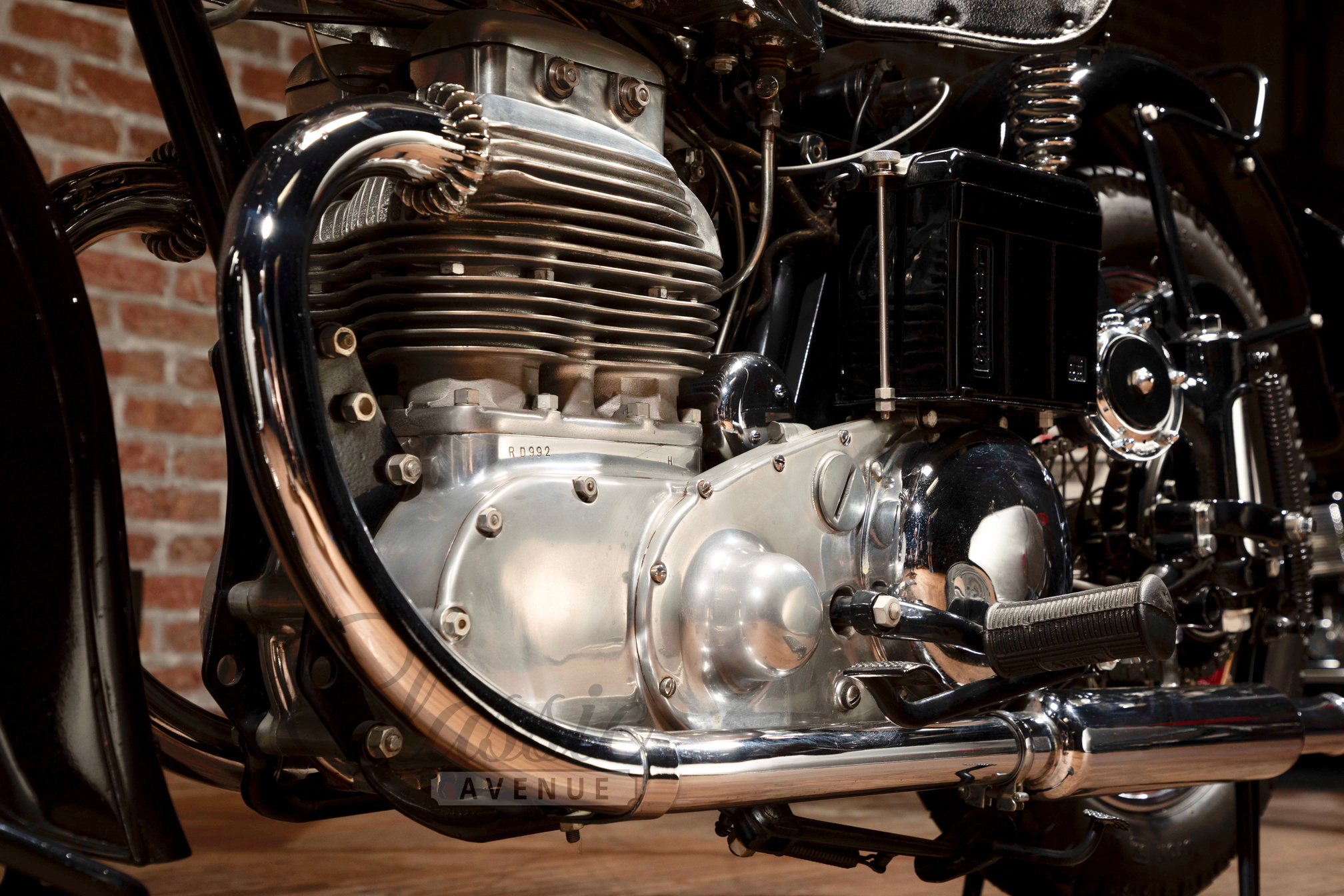 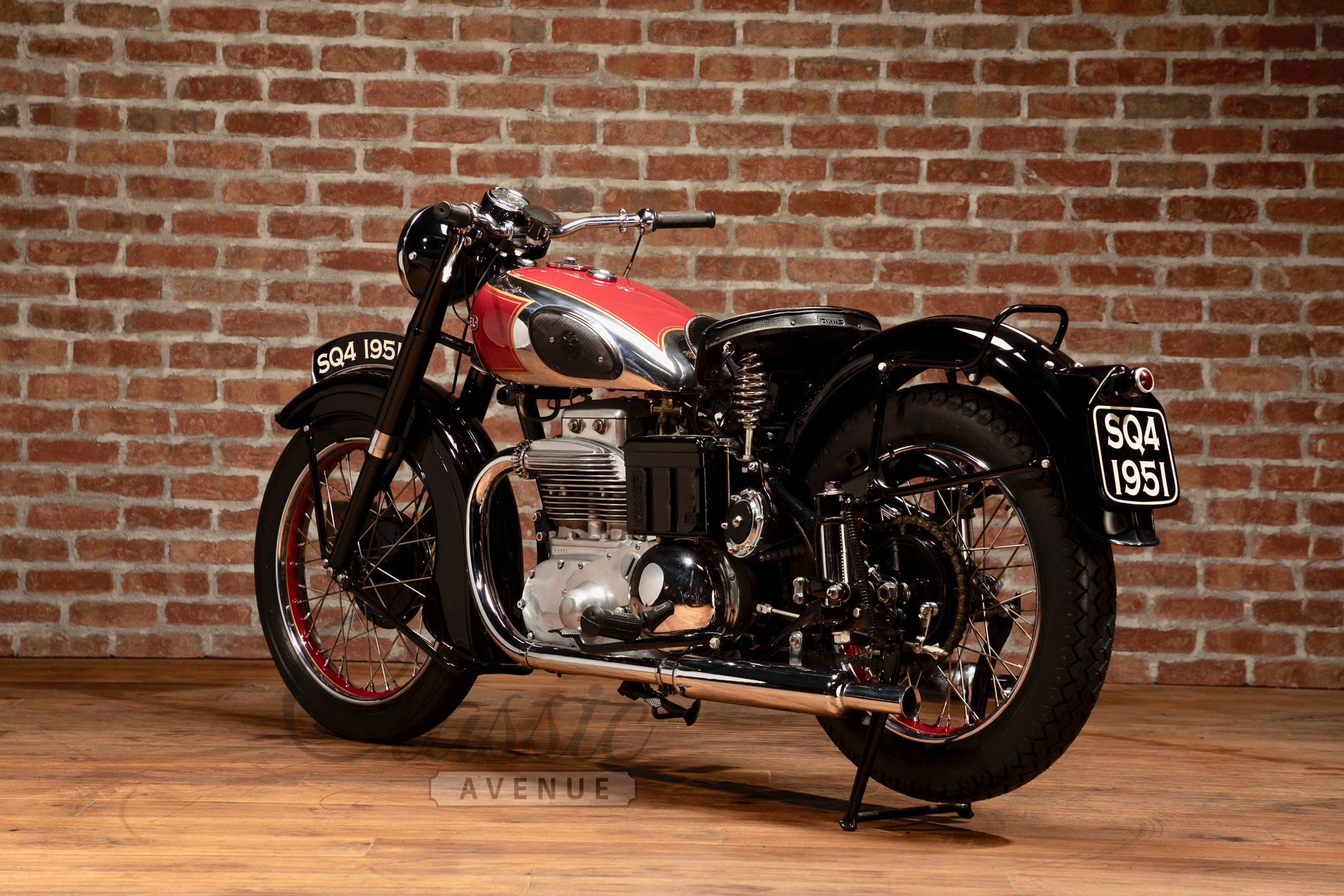 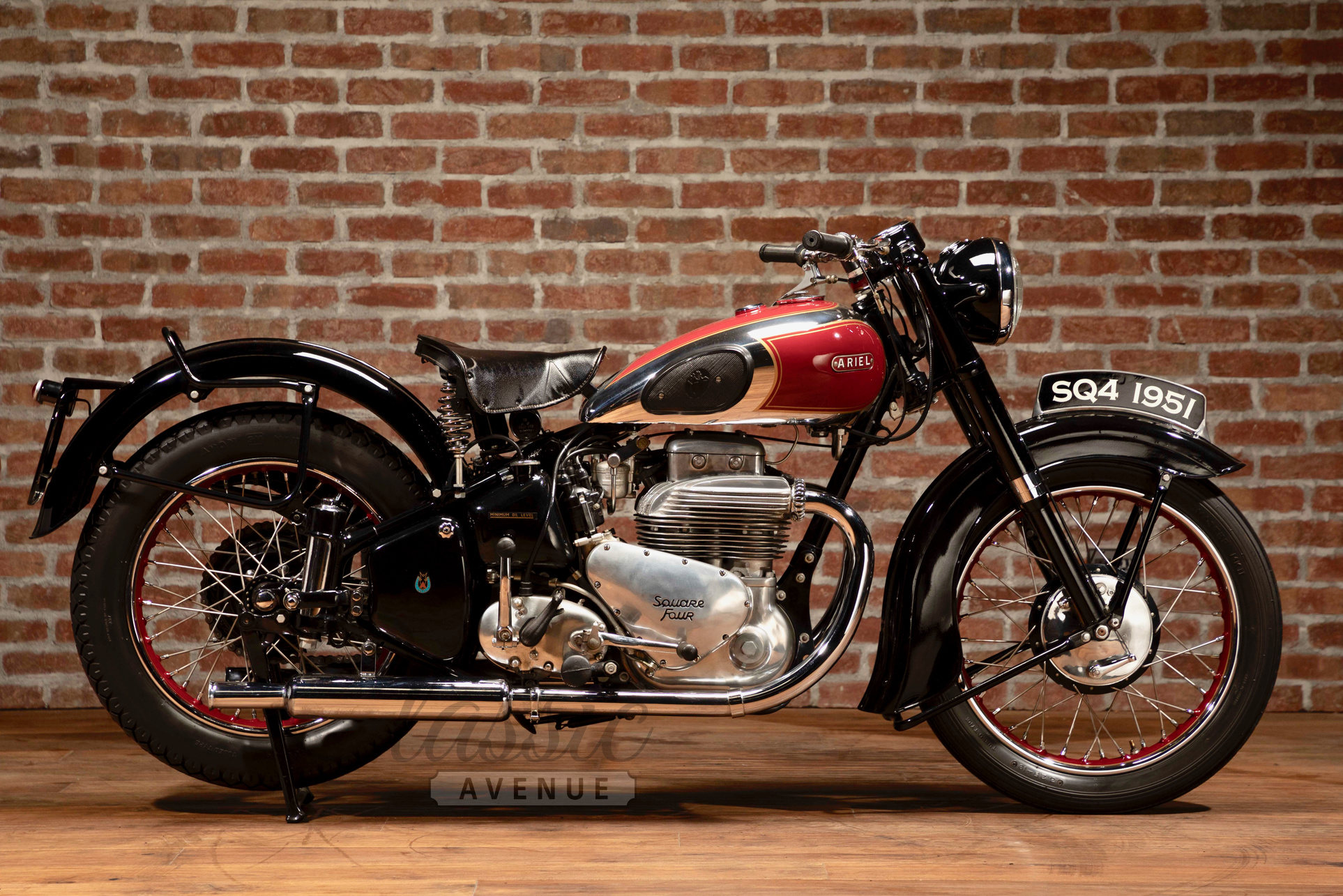 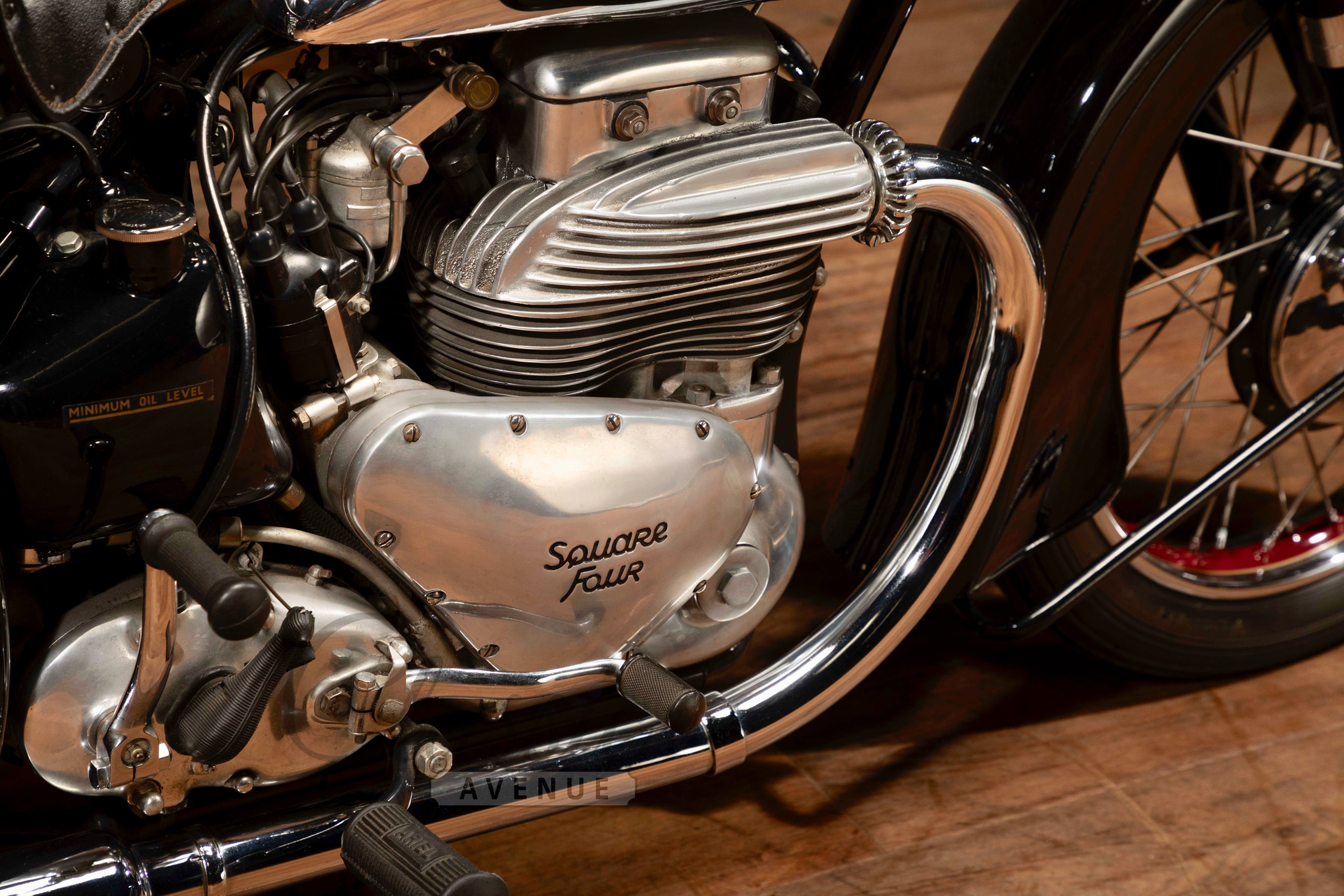 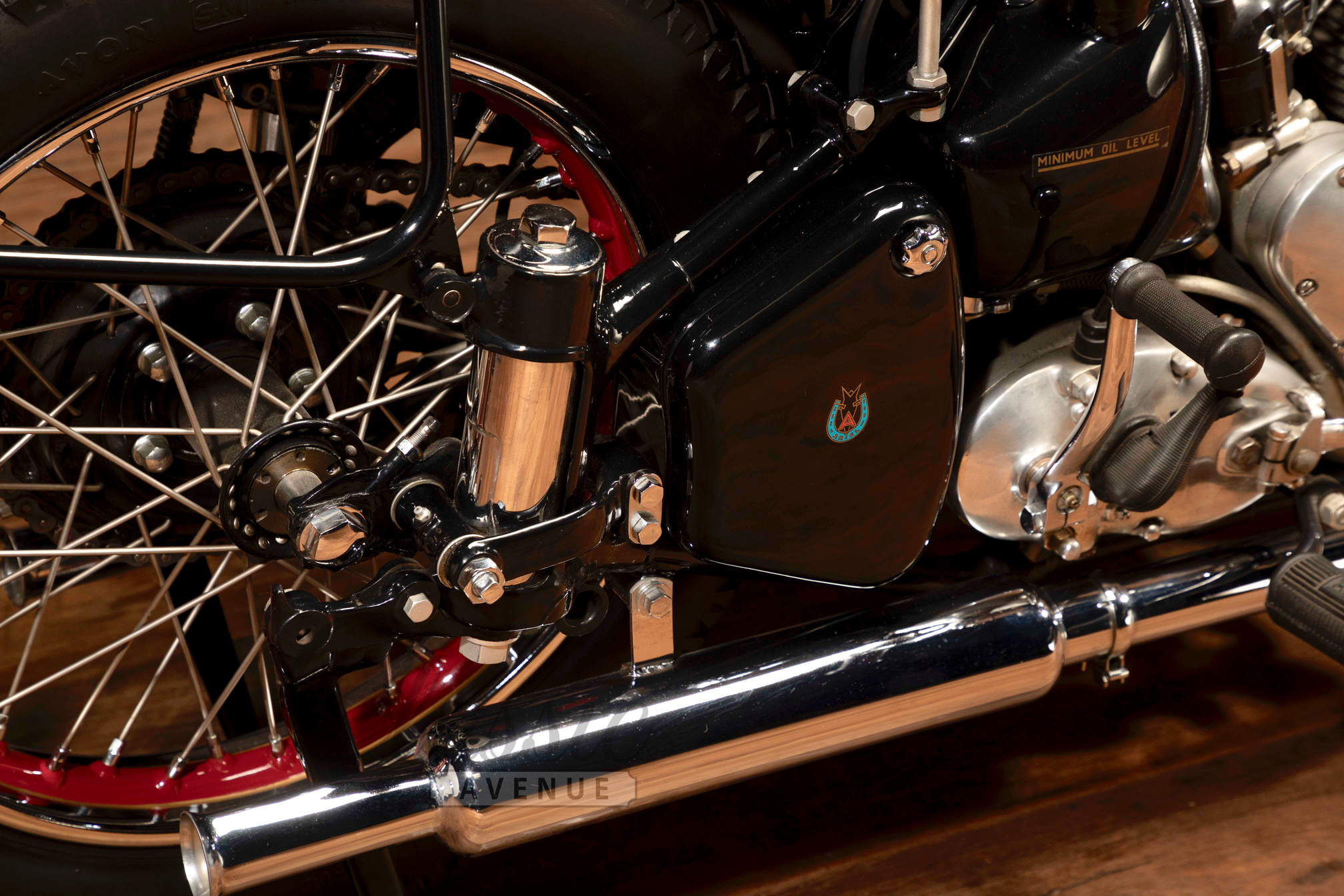 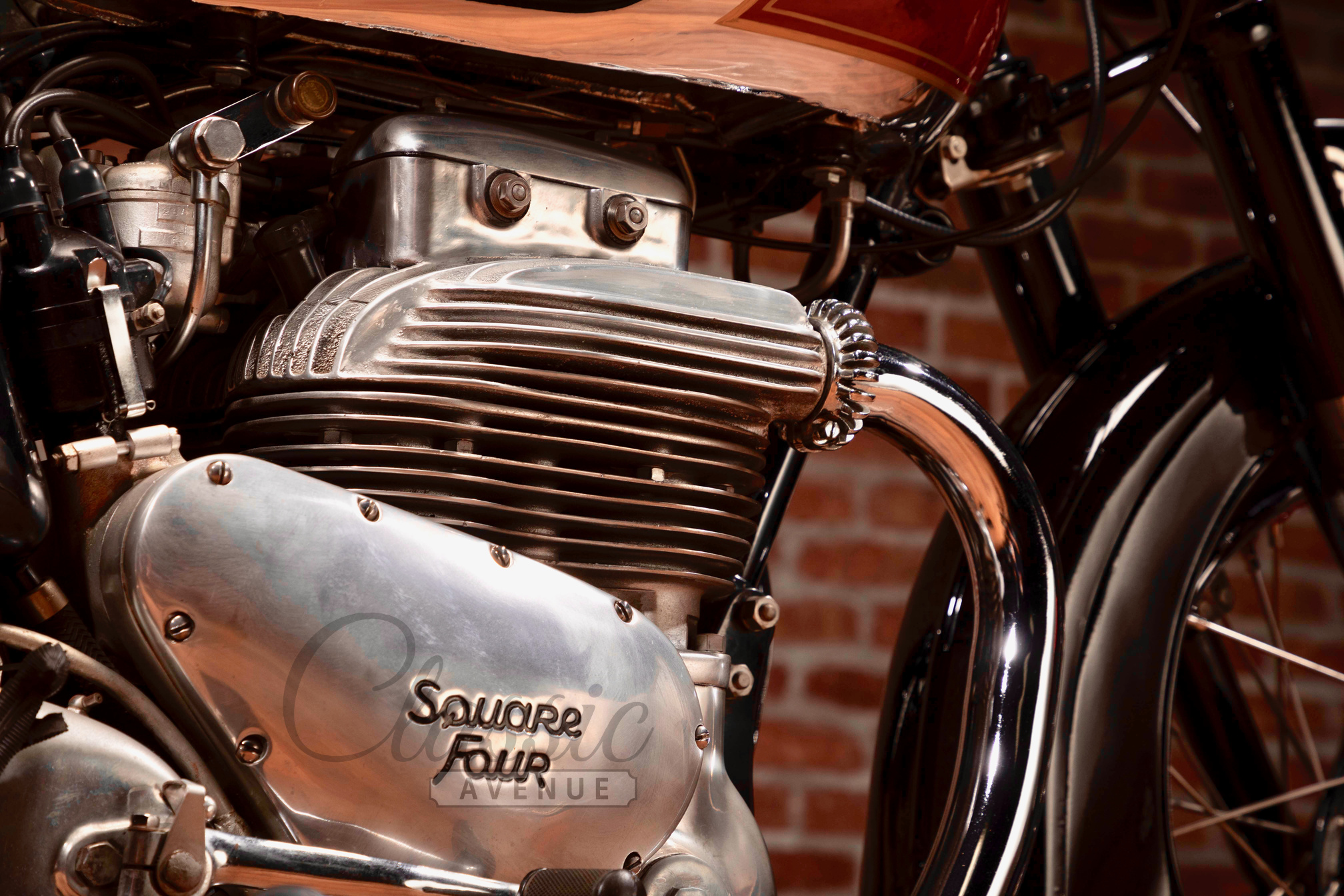 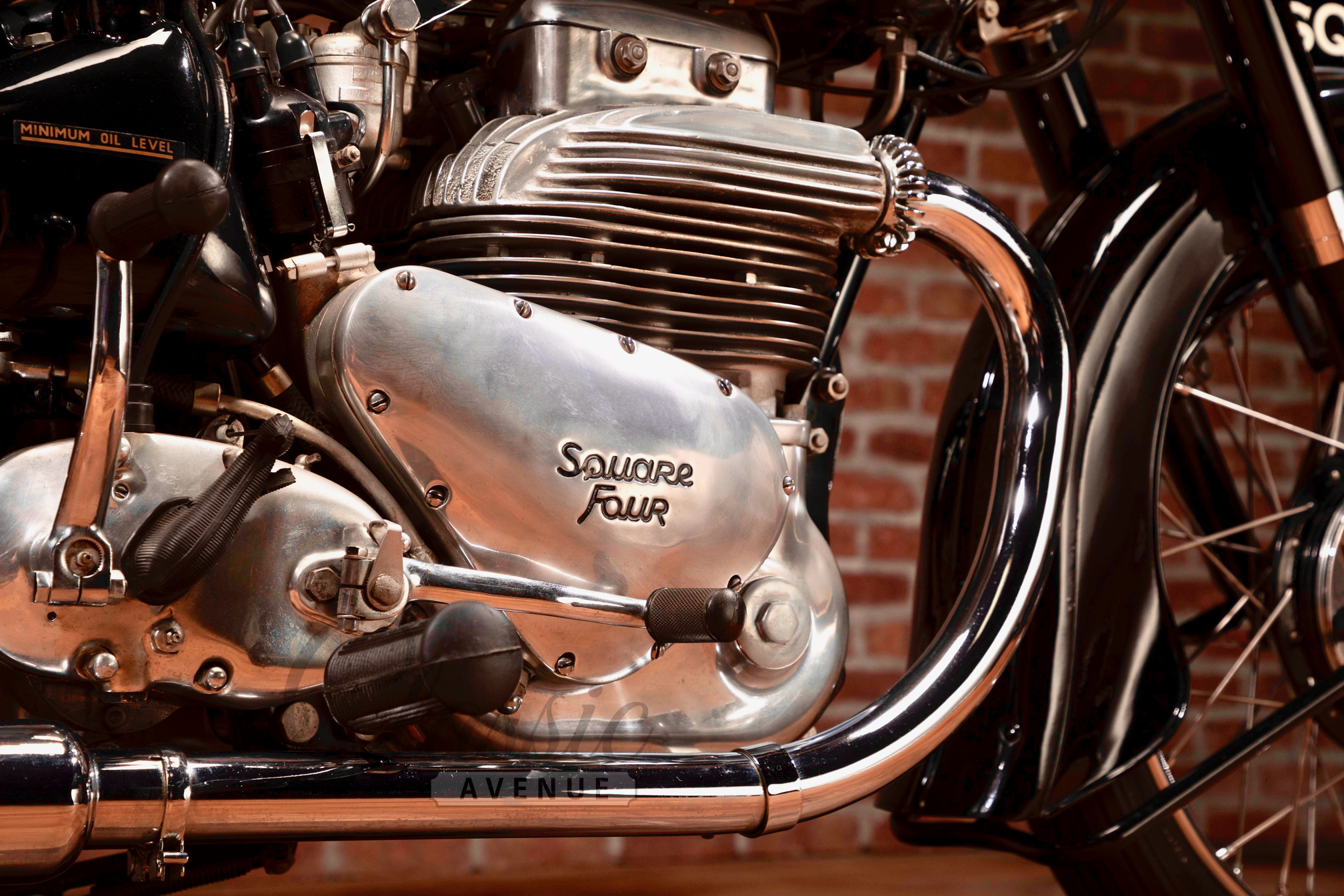 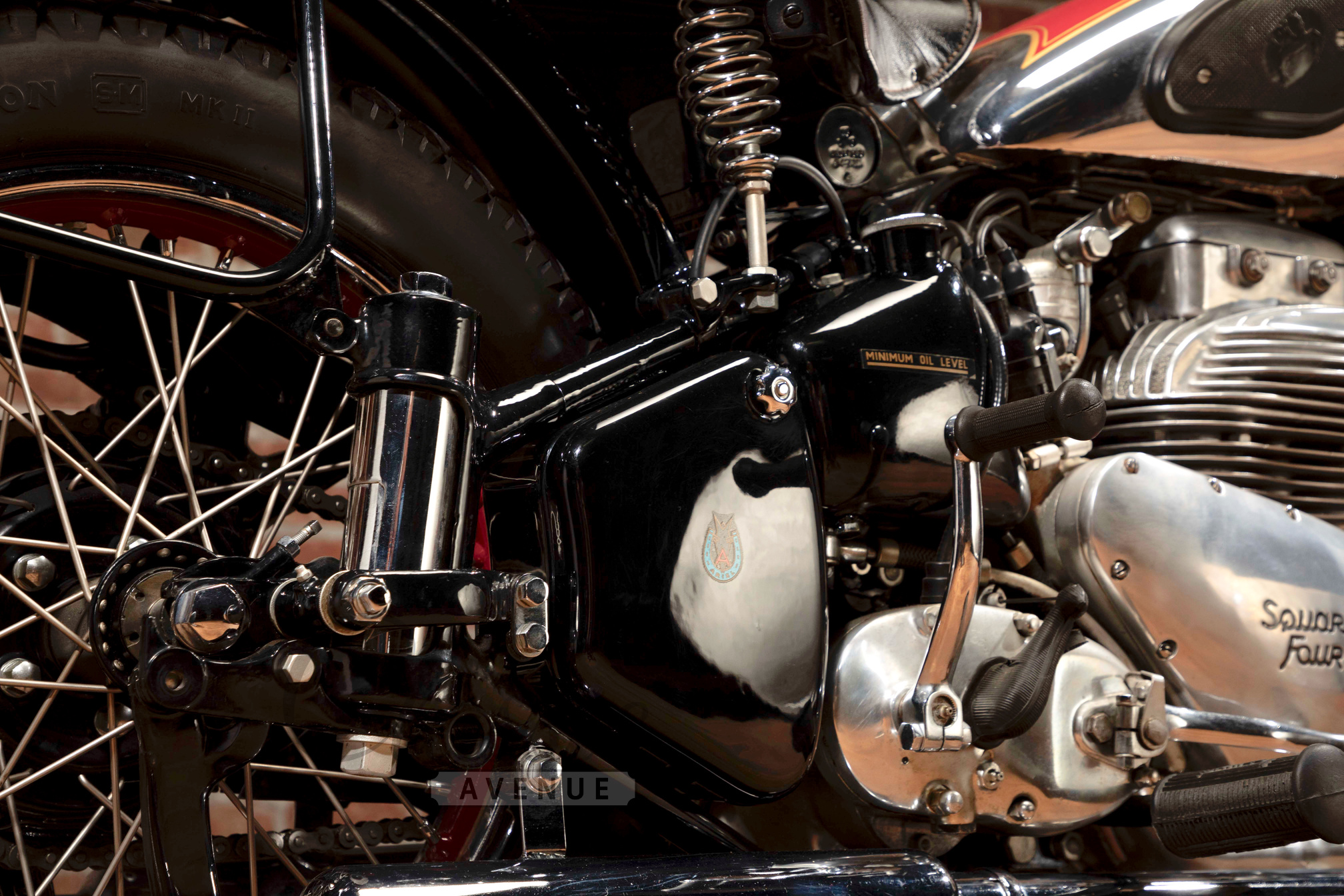 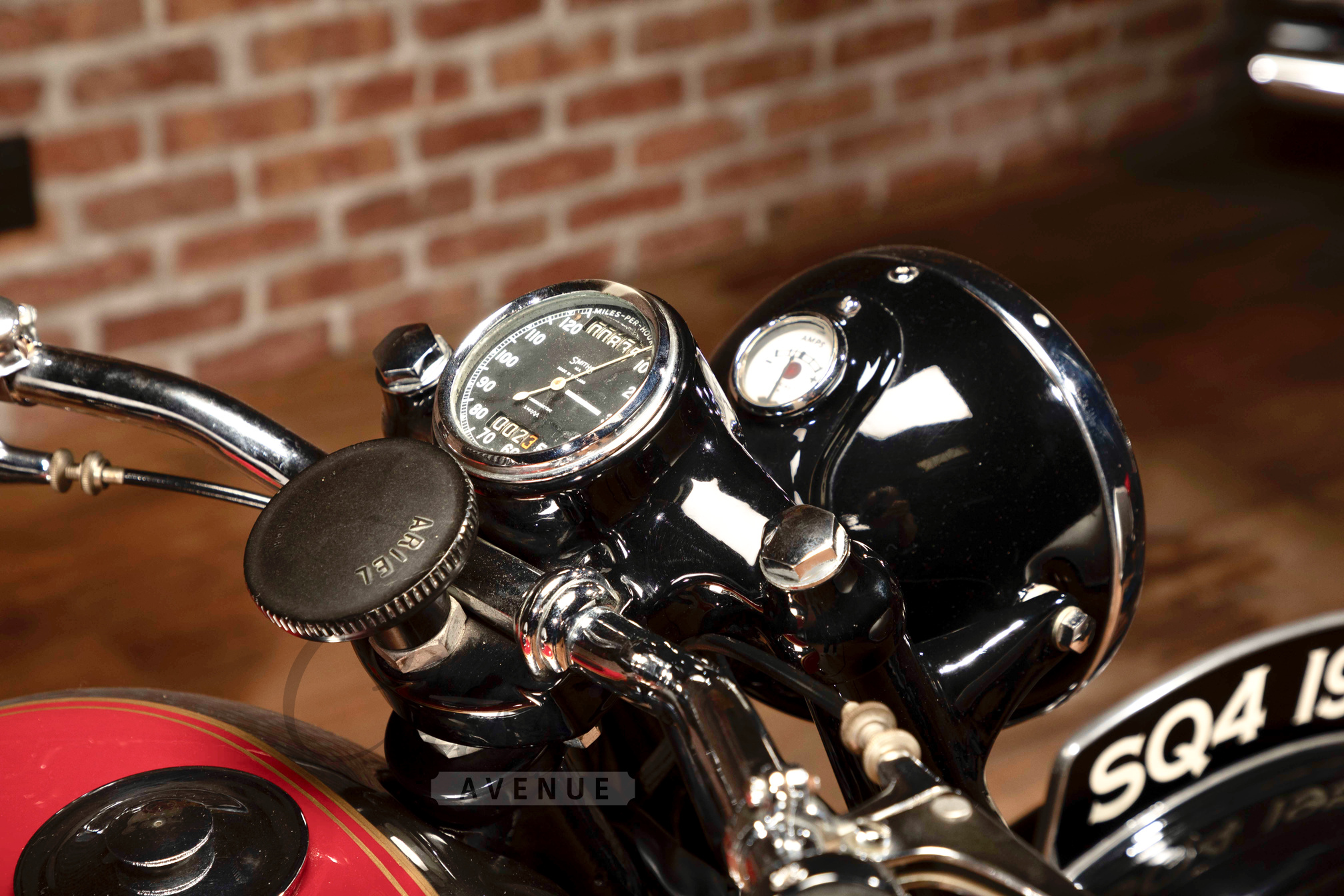 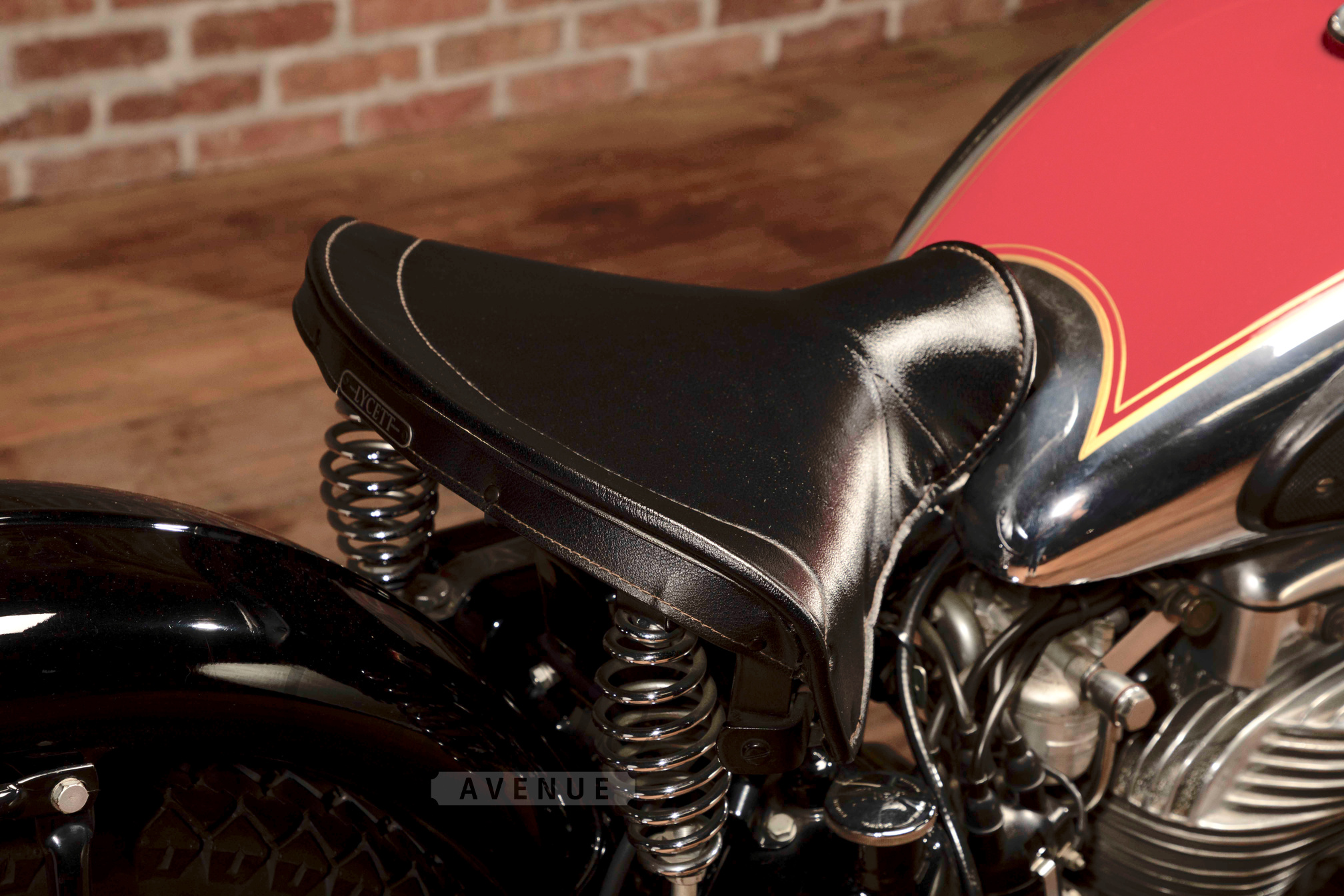 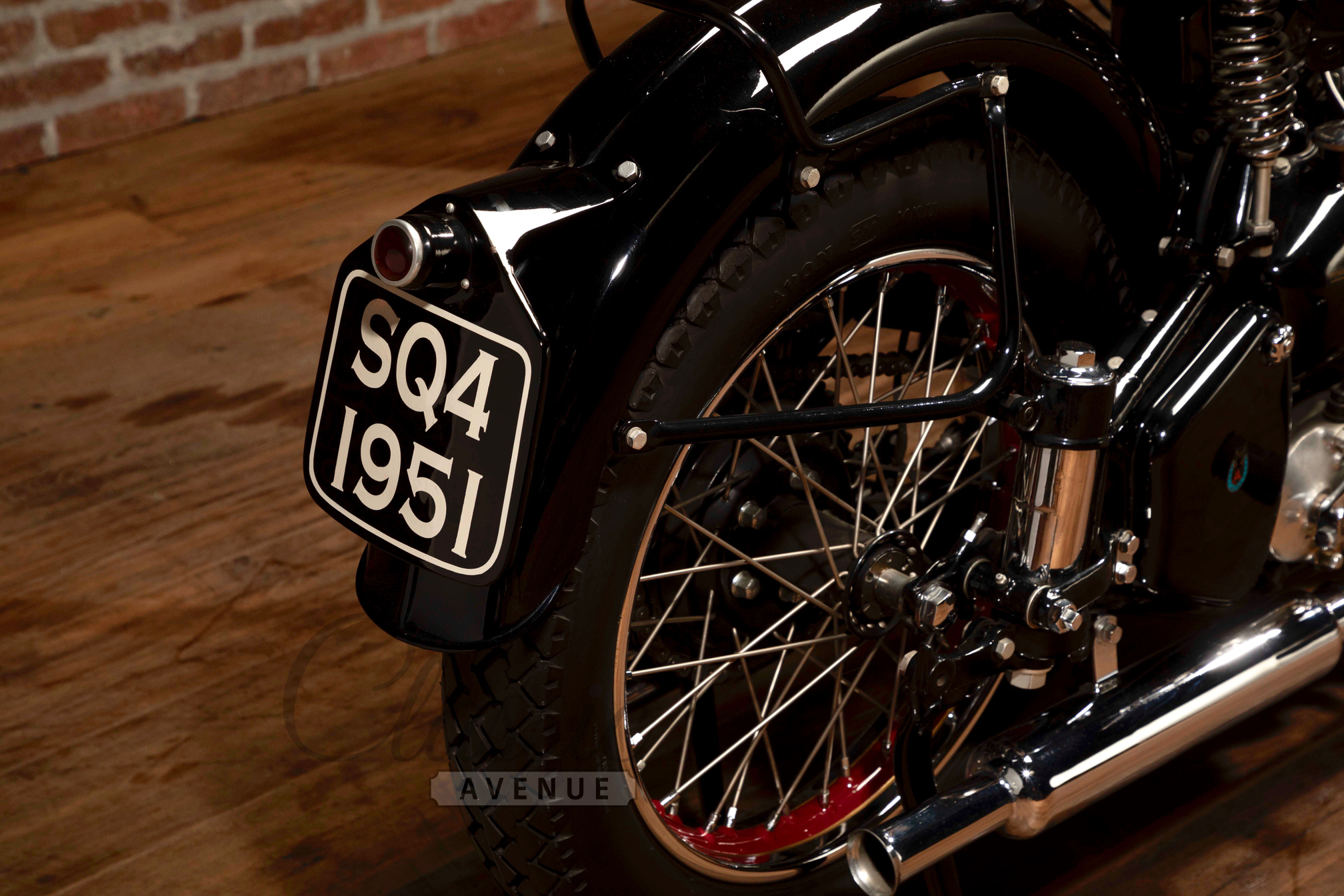 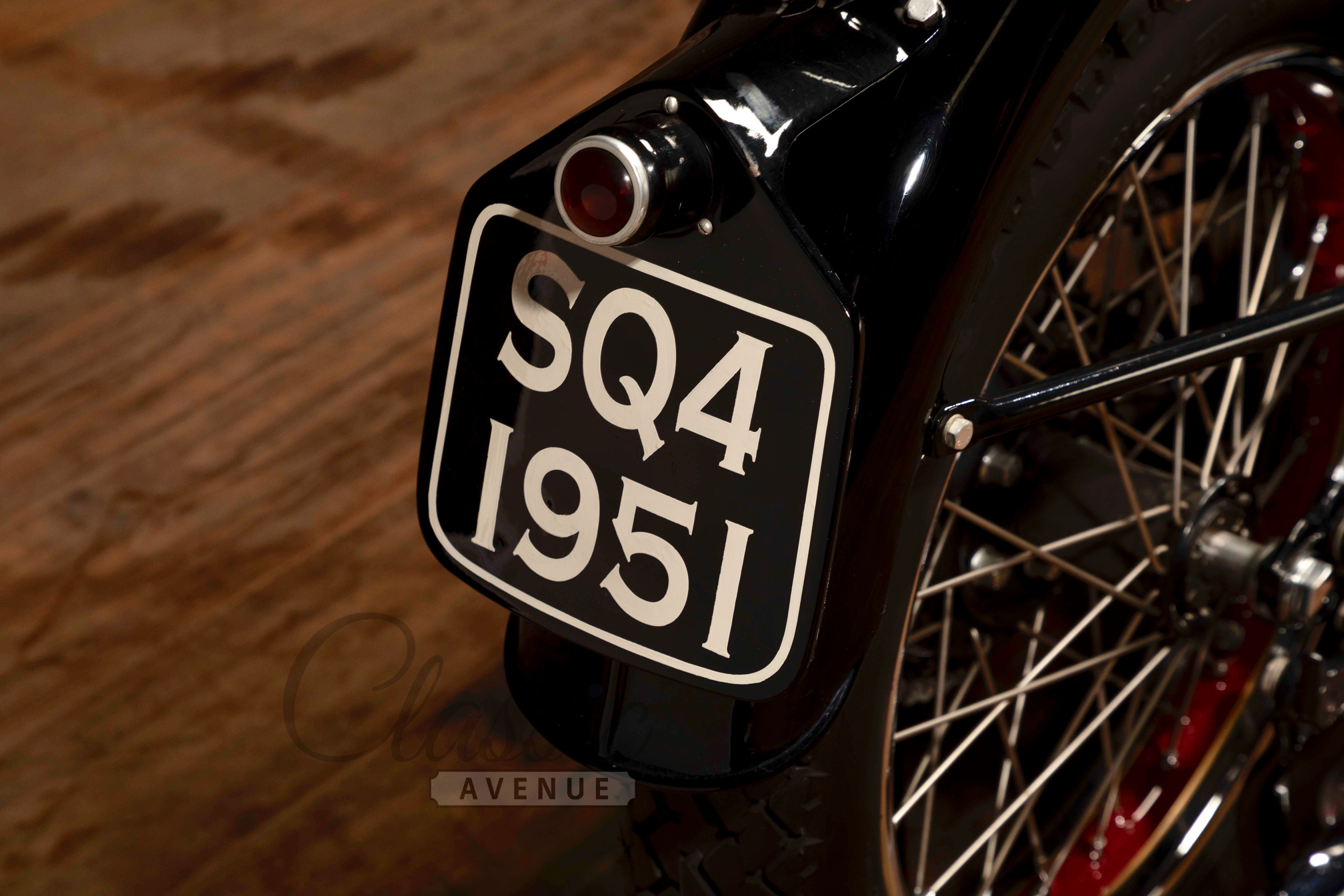 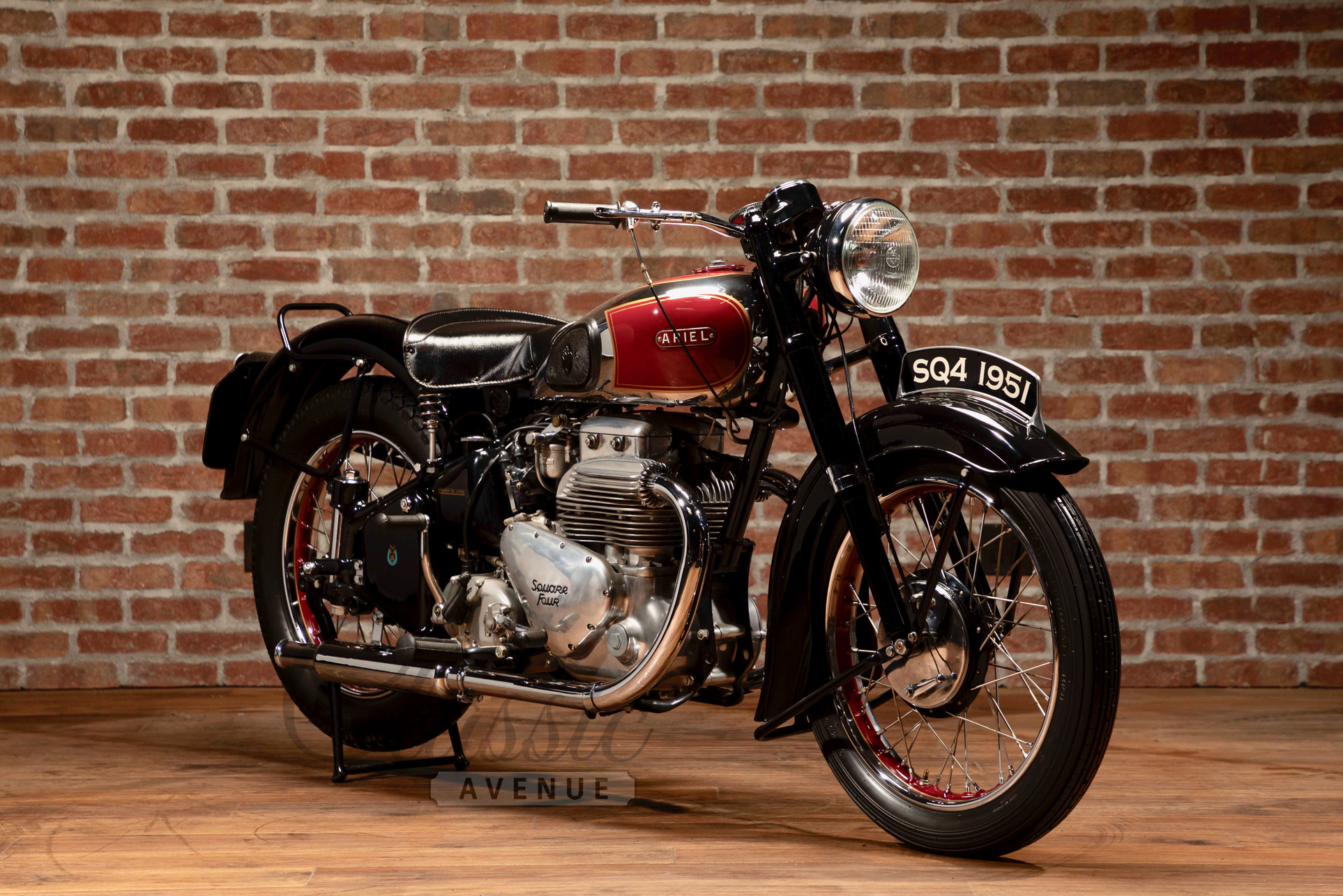 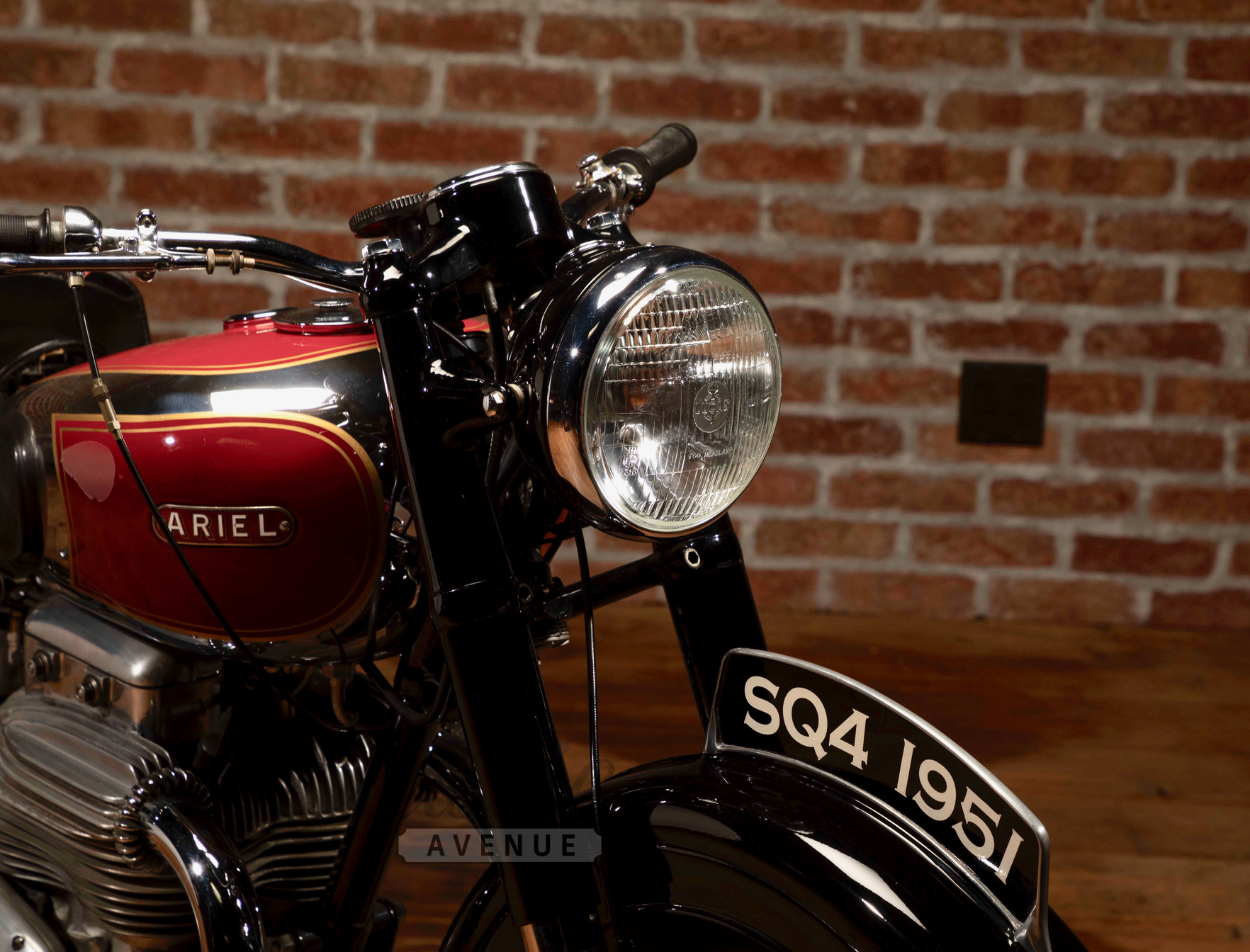 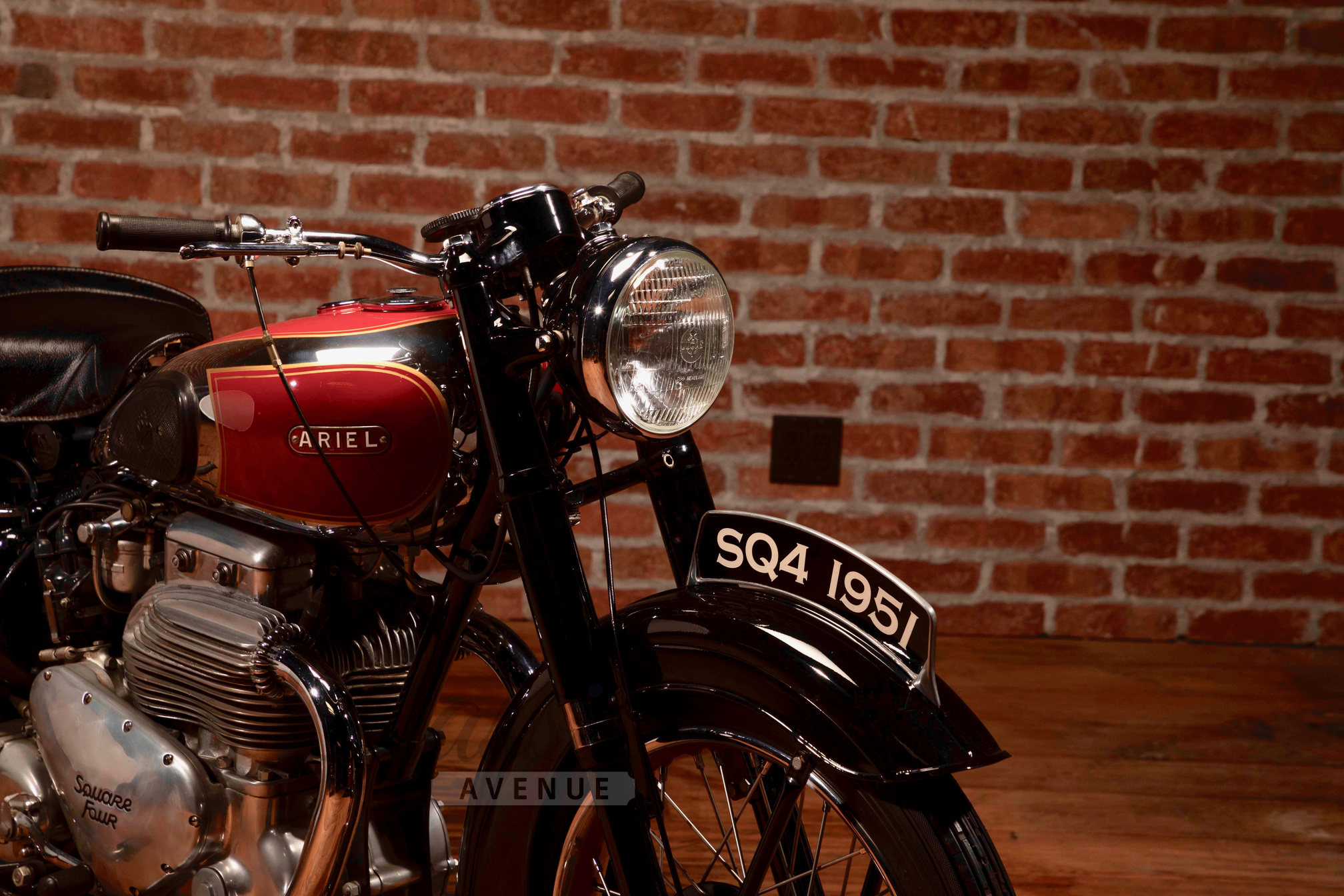