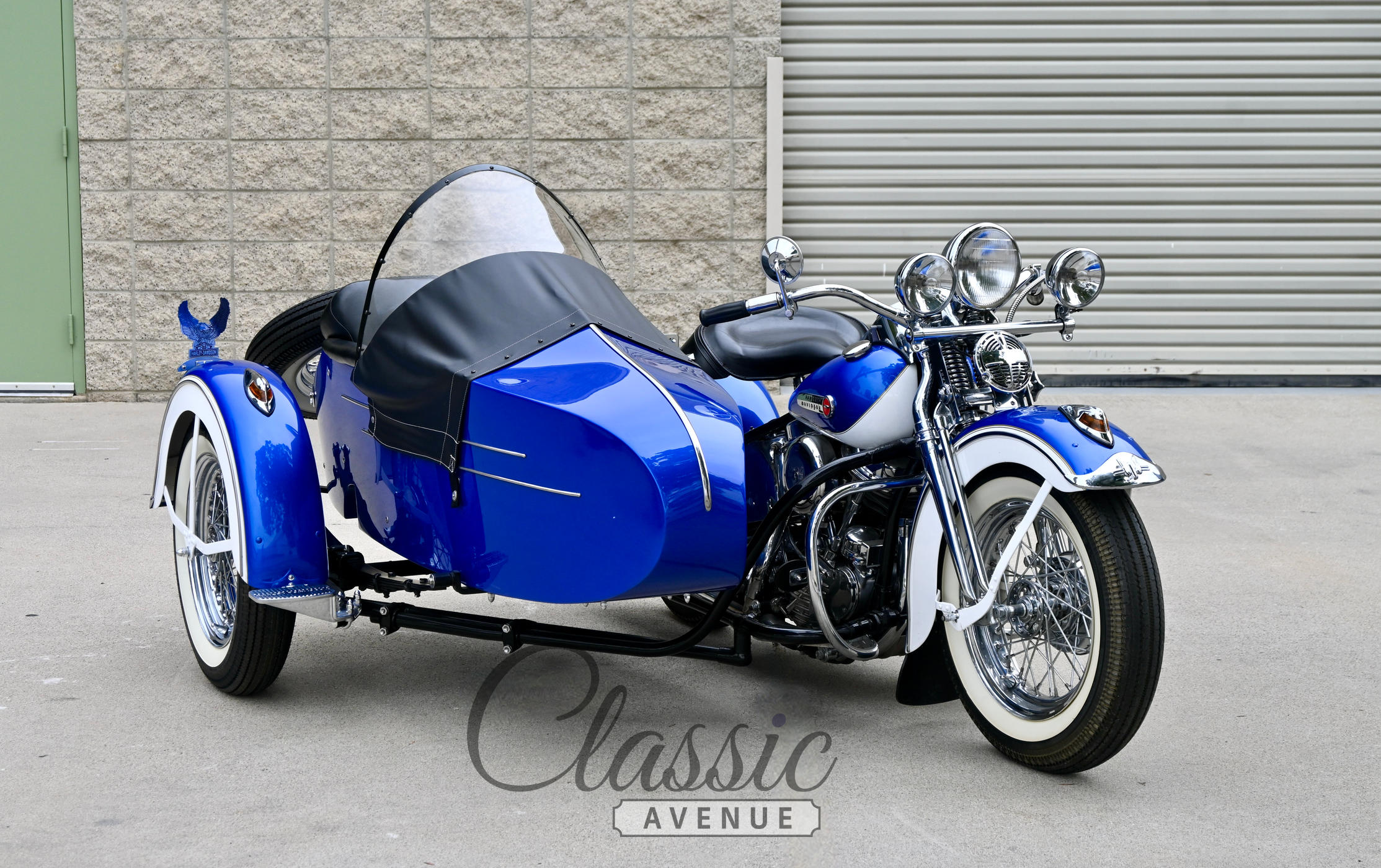 Fresh out of WWII, Harley-Davidson revised their range of motorcycles. Released in 1948, the 74ci overhead-valve v-twin featured distinctly designed rocker covers, which became the unofficial “Panhead”. A development of the pre-War 61ci, new from the sump plug up, “Knucklehead”, the Panhead’s bottom end ostensibly identical, but gained a top end of aluminum cylinder heads, internal oil lines, and hydraulic valve lifters for easier maintenance and reduced tappet noise. The new Panhead was received to critical acclaim as well as the buying public, fresh from War duties.

While Kevin Kelly and his wife, Connie, were touring Malaysia with the Harley Owners Group of Hong Kong in the early 1990s, they stumbled across a rather rough, but complete 1948 Panhead. The Flying Tigers originally flew missions over the Burma Road to help route the aggressors from Indo-China during World War II. As an employee of the air cargo carrier, Kevin had them fly the important post-war mission of getting the ’48 Pan back to the US.

Once at his home in Southern California, the airplane mechanic set about a ground-up restoration on the Harley Springer. First things first, the transmission was a 3-speed with reverse, so a sidecar rig was the obvious choice. Next was the decision to make the bike a little more glitzy than standard with additional chrome and high polishing, like the early customs of the post-war era. Connie was charged with finding parts.

A sidecar was discovered in Texas, but it too needed a lot of work. The frame was stripped and new springs were made from scratch and the whole lot powder-coated, while clips and shackle assemblies were made by Kelly in stainless steel. The body was welded and filled, and panels made to be arrow straight. Rivets were replaced with stainless carriage bolts and the interior was carpeted and the footrest chromed. The seat and armrest are restored with black leather.

To the freshly powder-coated original frame, he then rebuilt and chrome-plated the Springer front end, mounting headlight and spots on the standard handlebars.

The engine was rebuilt using all genuine Harley parts to standard 61ci trim. Parts were polished or chromed for full custom effect. The Linkert carb was rebuilt, and new exhausts came from V-Twin, then modified to clear the sidecar frame and then chromed. The paint was expertly applied, but with a more vibrant blue over white color scheme, separated by a lovely old gold pinstripe.

The restoration took over five years to complete but was finally ready for show in late 1996. A magazine publicity campaign resulted in articles in Hot Bike (March 1997), Hack’d Magazine, Spring 1997, and Easyrider, October 1997. The bike was taken around a lot of the concours d’elegance show circuit attaining a staggering number of trophies. It was also the subject of a painting, which accompanies the sale of the bike.

The bike was then on static display in the Kelly’s home. Unfortunately, Kevin passed away a few years ago, but Connie couldn’t part with her late husband’s pride and joy, until her passing a year or so ago. In the care of a family member, the trophies we unfortunately given away or discarded, “taking several weeks of filling up the recycling bin”. The only one retained is the one pictured – at 7 feet tall it was too tall to be thrown away!

Recently acquired, the bike was recommissioned to ready it for sale, but nothing more than a wipe down was needed in preparation of the cosmetics. The bike is accompanied by the painting, mounted magazine articles and 7′ trophy. An amazing piece of Harley history, the bike was lovingly restored and cared for, and then covered only 224 miles. This first-year Pan would make a fine addition to any collection.