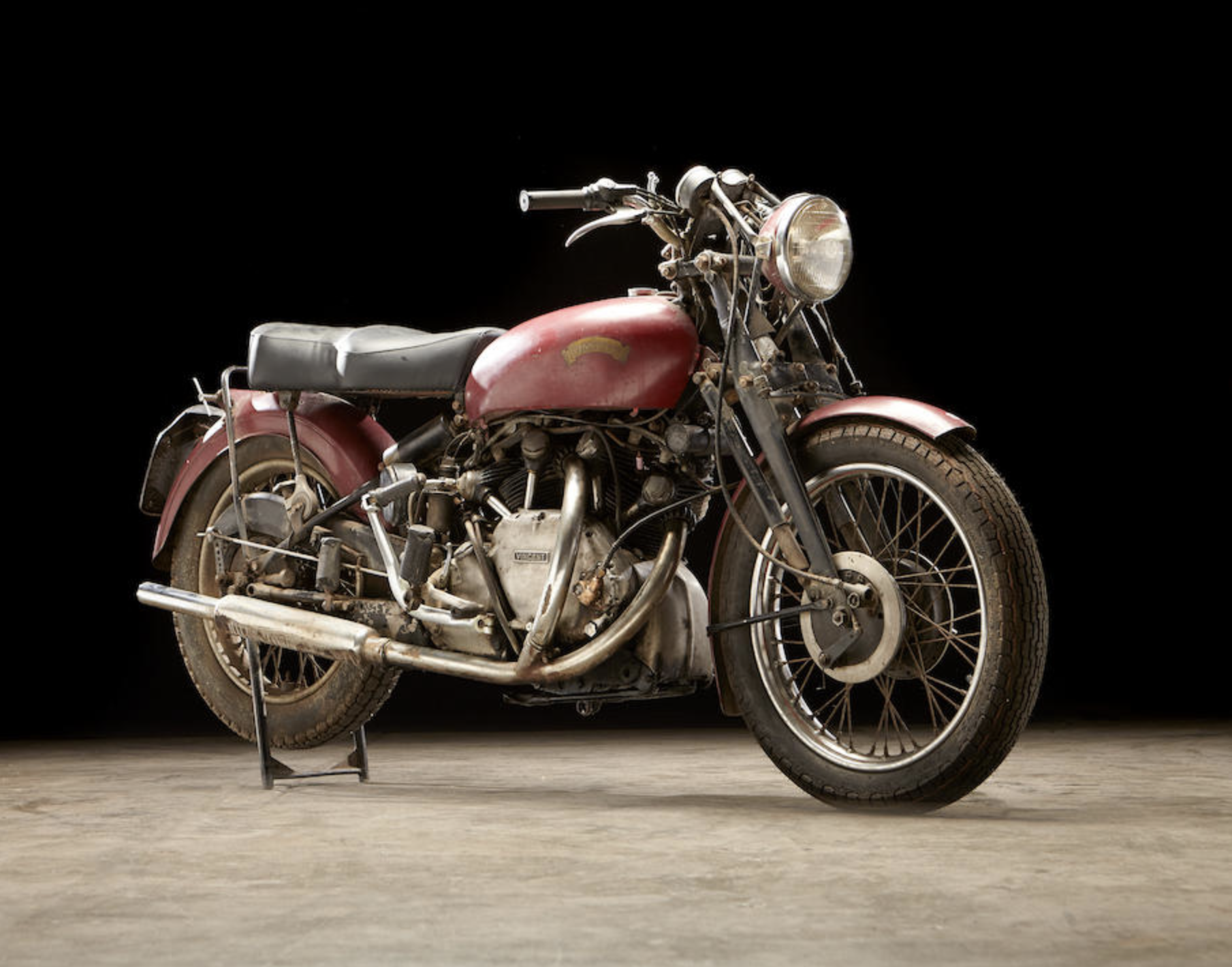 In 1948 the Vincent model range began to be up-dated from ‘Series B’ to ‘Series C’ specification. The most significant changes made concerned the suspension, there being a revised arrangement at the rear incorporating curved lugs for the seat stays and a hydraulic damper between the spring boxes, while at the front the new models boasted Vincent’s own ‘Girdraulic’ fork: a blade-type girder fitted with twin hydraulic dampers. These advances began to find their way onto production models during 1948 but it would be 1950 before all Vincents left the factory in ‘Series C’ specification.

Until the Series C Rapide, Vincent followed the edict of Henry Ford: Any color you like, as long as it’s black (with lovely gold pinstriping). But, as the Indian Sales Corporation offered a dealer network solution to the company, the American market demanded something with a bit more pizazz. Chinese Red was introduced as an option.

This 1952 Vincent Series C Red/Black Touring Rapide model, with its substantial fenders, was the perfect all-red candidate. Almost every surface was covered – gas tank, fenders, frame members, suspension, headlight, fender stays, sidestand, even the rear brake lever! Of course, as any good marque historian knows, there are deviations, or as Philip Vincent himself is reported to have said, “There’s no such thing as a standard Vincent.” And so, from factory records held by the VOC, it is understood that 32 Rapides left the factory with Chinese Red bodywork hung on black frames, and these fantastically rare bikes have come to be known as ‘Red/Black’ Rapides.

The 1952 Vincent Series C Red/Black Touring Rapide offered here is a spectacular find!! It is not only rare and confirmed as one of the 32 red tinware on black frame machines with all matching numbers known to the Vincent Owners Club, but it is a one-owner barn-find in mostly complete condition, ready for re-commissioning as a rider with lovely patina, or restore it for show. Full VOC documents are included in the sale with its original pinkslip title.